This has been an exciting week in Iowa with the opening of the eleven-day Iowa State Fair!

It is already on track for breaking attendance records again, with over a million visitors over eleven days. We decided to sit it out again this year. Rubbing elbows with 100,000 plus people didn’t seem like a good idea for us. Here is a picture of the the Grand Concourse on Sunday. Attendance was 110,661 people… 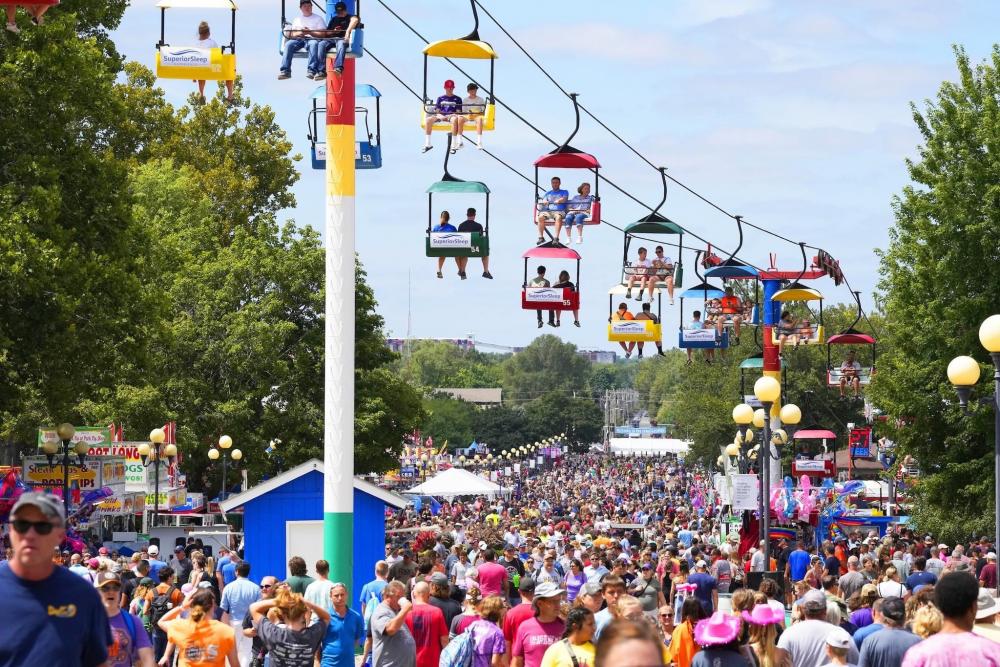 If you were following the blog last year, you may remember we created some of our favorite foods from the fair each day. We are not that ambitious in the kitchen this year. Instead we have been focused on filling up Matthew’s freezer with easy things to fix while we are gone on vacation. (More about that next week.)

Monday in the Kitchen with Matthew: More batch cooking to put in Matthew’s freezer. Chicken Taquitos in the air fryer…10 with red salsa and 10 with green salsa. And, enough chicken leftover to make lunch. 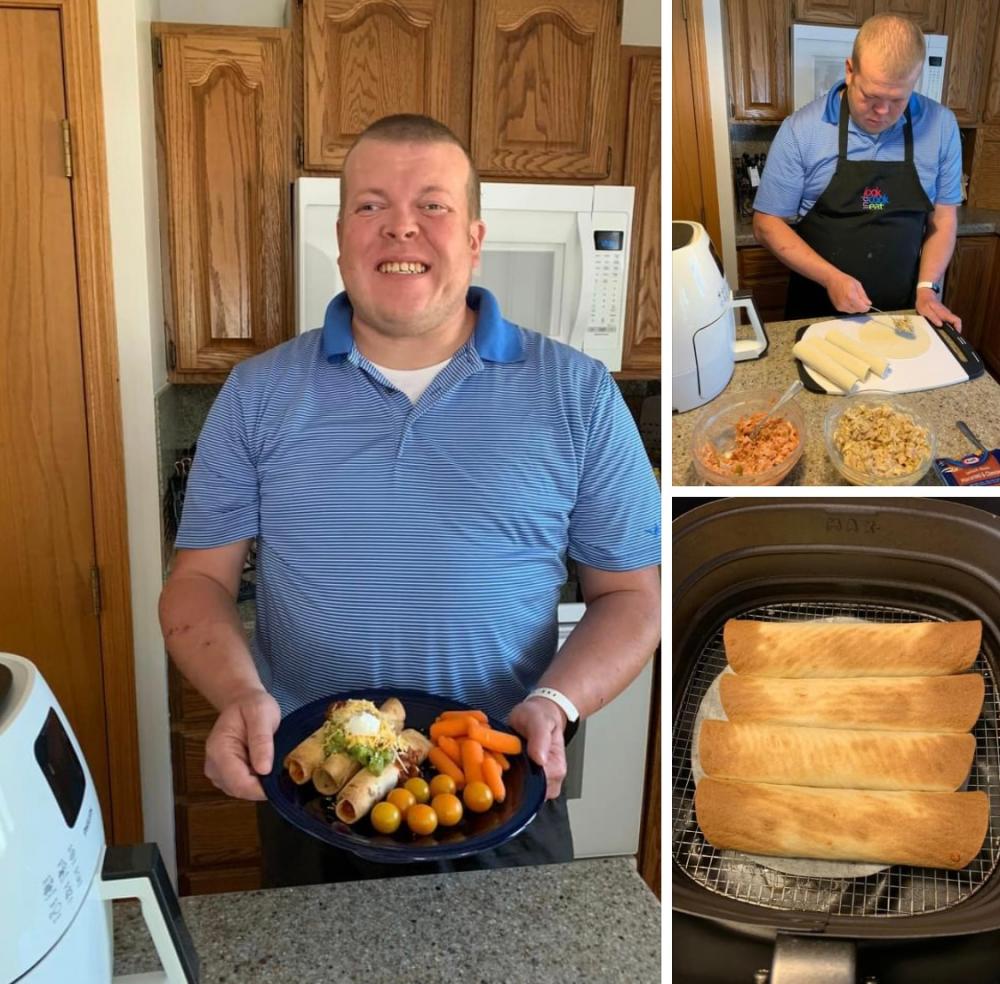 Our air fryer adventures continued as we tried steak. It was good, but I still prefer my steak on the grill.

Wednesday in the Kitchen with Matthew: Bacon Wrapped Filets served with oven roasted smashed potatoes and salad with homegrown tomatoes. 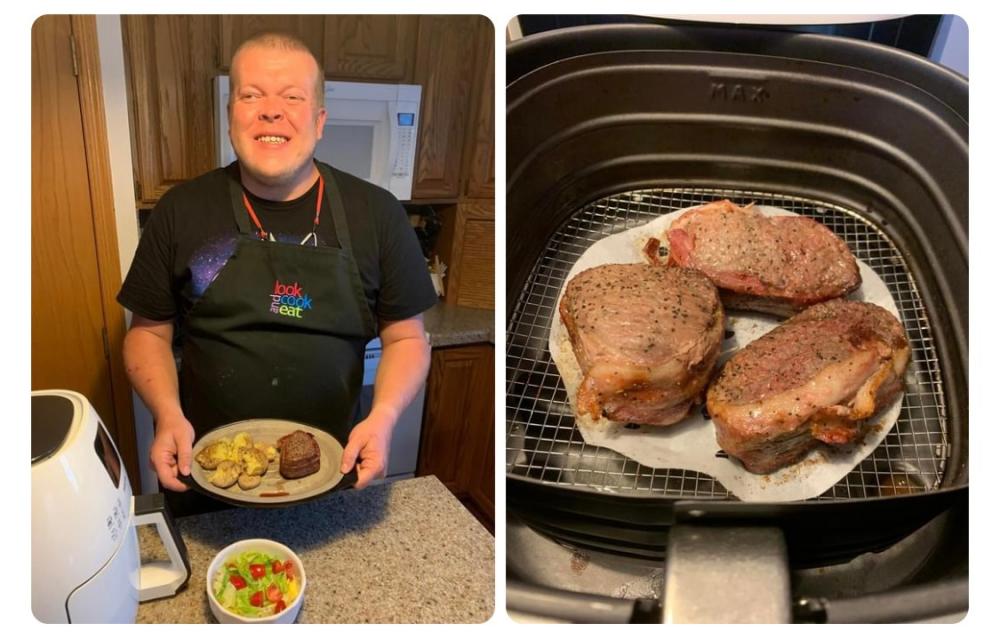 This week’s styles and variation of pizza is the Milwaukee Style. The story goes that in 1945 the Caradaro Club’s owners combined two styles of pizza – the thick-crust, rectangular-cut Sicilian pie known as sfinciuni and the thinner crust of Neapolitan-style pizzas – to create an original.

Also during that time, Milwaukee was home to three of the top five breweries in the US. As corner bars popped up they began to offer pizza to keep their customers ‘on their stools’ and drinking more.

Milwaukee-style pizza is rectangular and traditionally cut in “tavern-style” squares. It is a light, airy, thin crust with the classic Milwaukee toppings of mushroom, onions, mozzarella and Italian sausage.

The sausage is the last topping and is put on raw. I was a bit concerned, not wanting to eat raw sausage. But not to fear, baking at 500 degrees fully cooked the sausage. It also infused the pizza with the amazing flavor of the sausage. 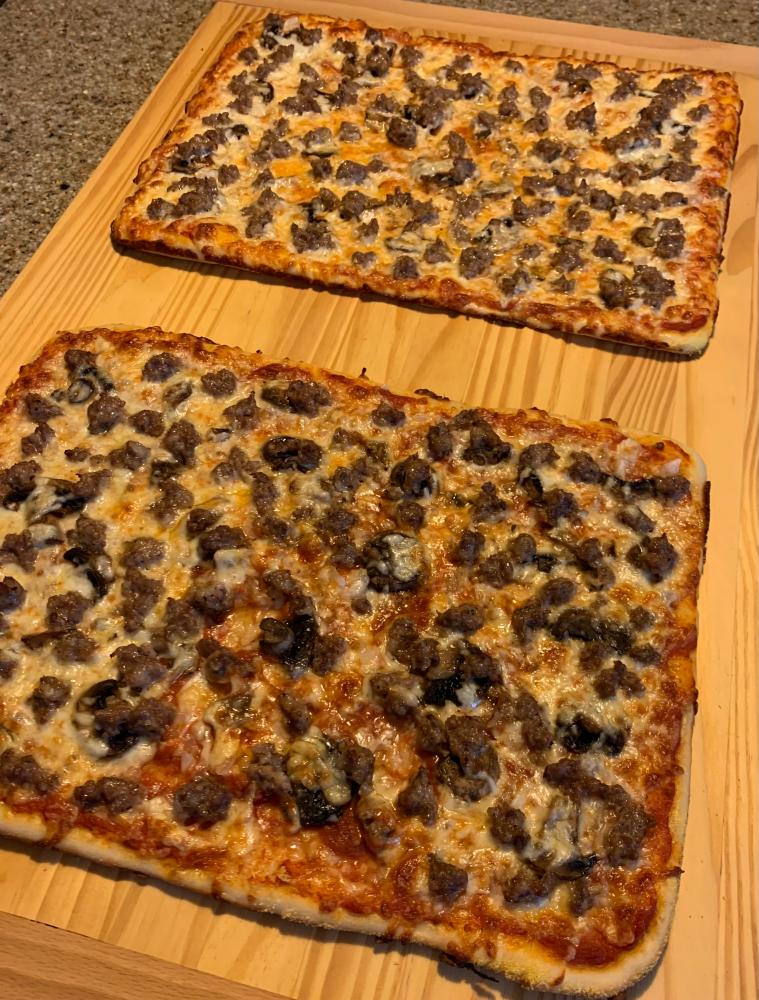 Another fact that I uncovered is that southeastern Wisconsin is the birthplace of the frozen pizza. Big names like Tombstone, Jack’s, and Palermo’s all have their roots in this part of Wisconsin. These big frozen pizza brands all started off with humble beginnings as little shops selling premade pizzas to local pubs, and slowly branching into the frozen section of grocery stores.

There are are two foods that I love (well, actually more than two, lol), macaroni & cheese and pizza. I tasted a Mac n cheese pizza one time and was not impressed. It was at an all you can eat pizza place. The crust was not good and the Mac n cheese was dry.

So I’ve been reluctant to try making one, but it actually was really good… 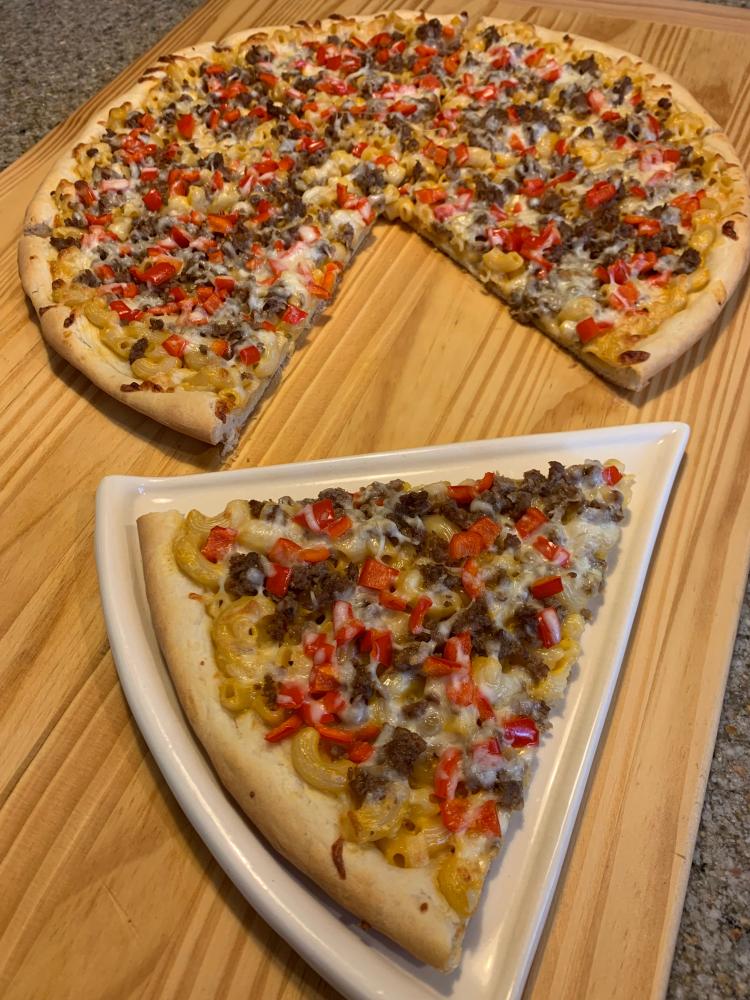