I didn't expect to be pastoring a church again this year, but when my DS called me in December and asked me to fill in through the end of June, I said yes.  Which is how I came to be serving a small church through Lent, Holy Week, and Easter.  It's a busy time of year, so things got a little crazy around here, but it was worth it.

After church on Sunday, I drove back to Fort Dodge to get Joel, then we met up with my parents an hour south of here to have brunch.  The food was delicious, and I even go to pose with the Easter Bunny! 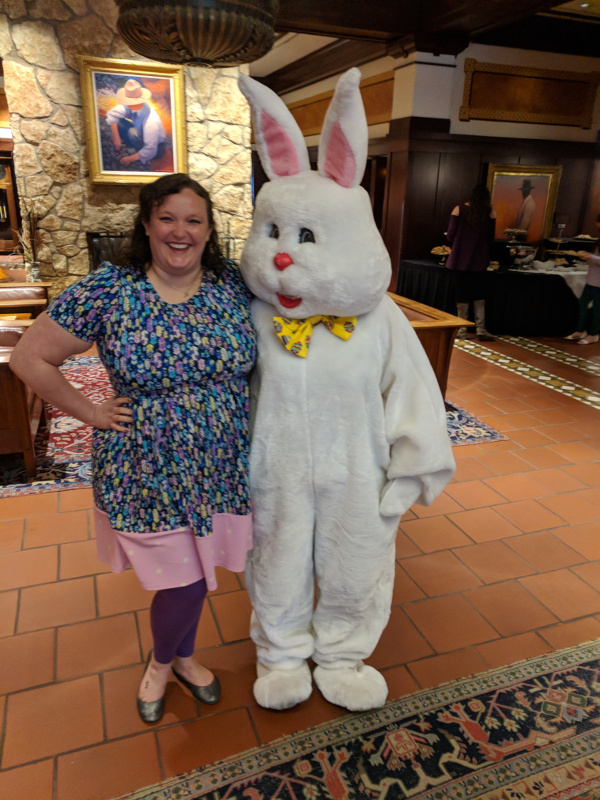 Even with the stress and chaos of 3 extra worship services in as many days, Joel and I found time to make rainbow bread.  Another pastor on Facebook shared that she made this one year to surprise her congregation on Easter morning, and I loved the idea.  I think this year it worked especially well since Easter coincided with April Fool's Day!

First, make your favorite bread recipe (we used this one here), then split the dough into five bowls (one for each color). Our food coloring came in red, blue, green, and yellow, so we mixed red and blue to make some purple for our fifth color (or you can just use four colors if you want to).

Once your dough is split into five equals chunks, you add the coloring to each one:

Then, you knead it into the dough.

For purple, we mixed red and blue. Here it is in the beginning:

And here it is after some kneading:

It still has a way to go, but it came out wonderfully!

After you add the food coloring, let each chunk of dough rise for 1.5-2 hours.  We forgot to grab pictures of the next steps, but you take each section, roll it flat into a rectangle, then stack them on top of each other.  Then you roll the whole thing up, starting from the short end.  Place it in your bread pan, and allow it to rise a second time before baking.

Ideally, you'll get the red dough to cover the whole end so that is the only color seen.  It's the closest to regular bread color, and then it allows the rainbow inside to really be a surprise. I didn't quite get that part right as you can see. But it still turned out pretty well! 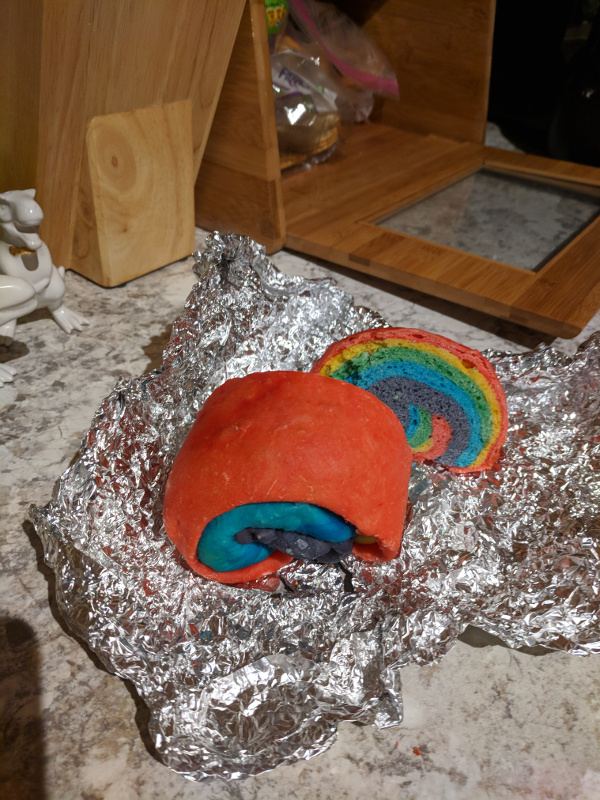 We made sure to set some extra dough aside so we could do a test bake.  Joel rolled them and cut them into tiny swirls; they look like rainbow cinnamon rolls!

They were pretty tasty... 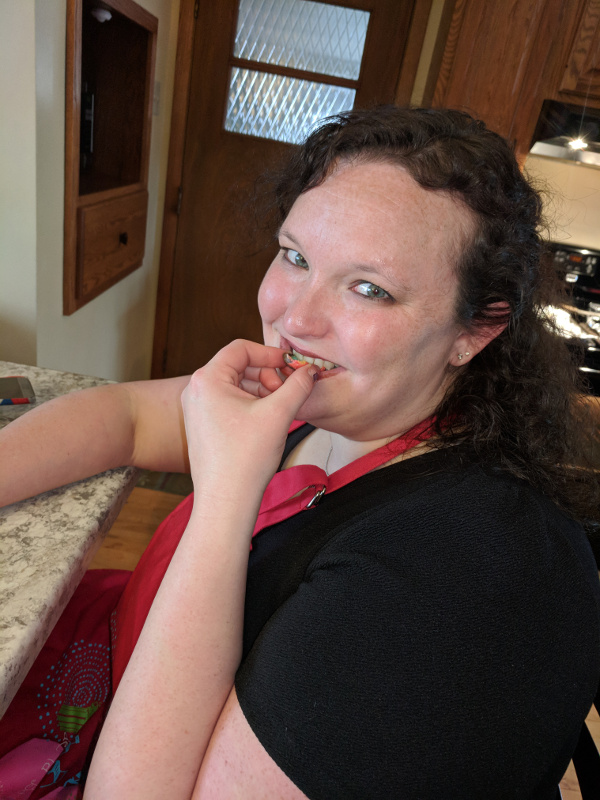 My church loved it.  I told them I was baking special bread, but they had no idea what to expect.  Just before I did the communion liturgy, I showed the bread and explained the meaning of the colors.  I said the red represents Jesus' blood on the cross, the yellow represents the light of God and the Holy Spirit, green represents God's creation and the promise of new life, blue represents the waters of our baptism, and purple represents royalty and the idea that Jesus is our one true King. 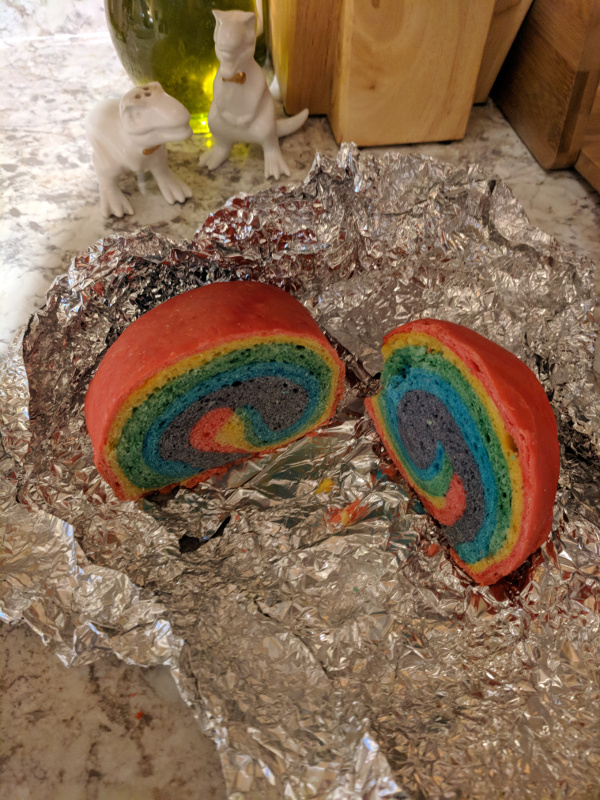 Whether you want to make rainbow bread for the religious symbolism or just as a fun activity with your kids, I think you will enjoy it!  It not only looks good it's pretty darn tasty, too! Enjoy!