I hope you had a Happy Valentine’s Day!

For us it was a Bonus Pizza Day: Valentine’s Day Dessert Stuffed Crust Pizza…my pan crust edges stuffed with mini-Hershey Bars, brushed with an egg wash & crushed graham crackers. The center of the pizza is topped with sauce, mozzarella, Parmesan, Italian sausage and pepperoni. Marshmallow cream is for dipping the chocolate stuffed crust. 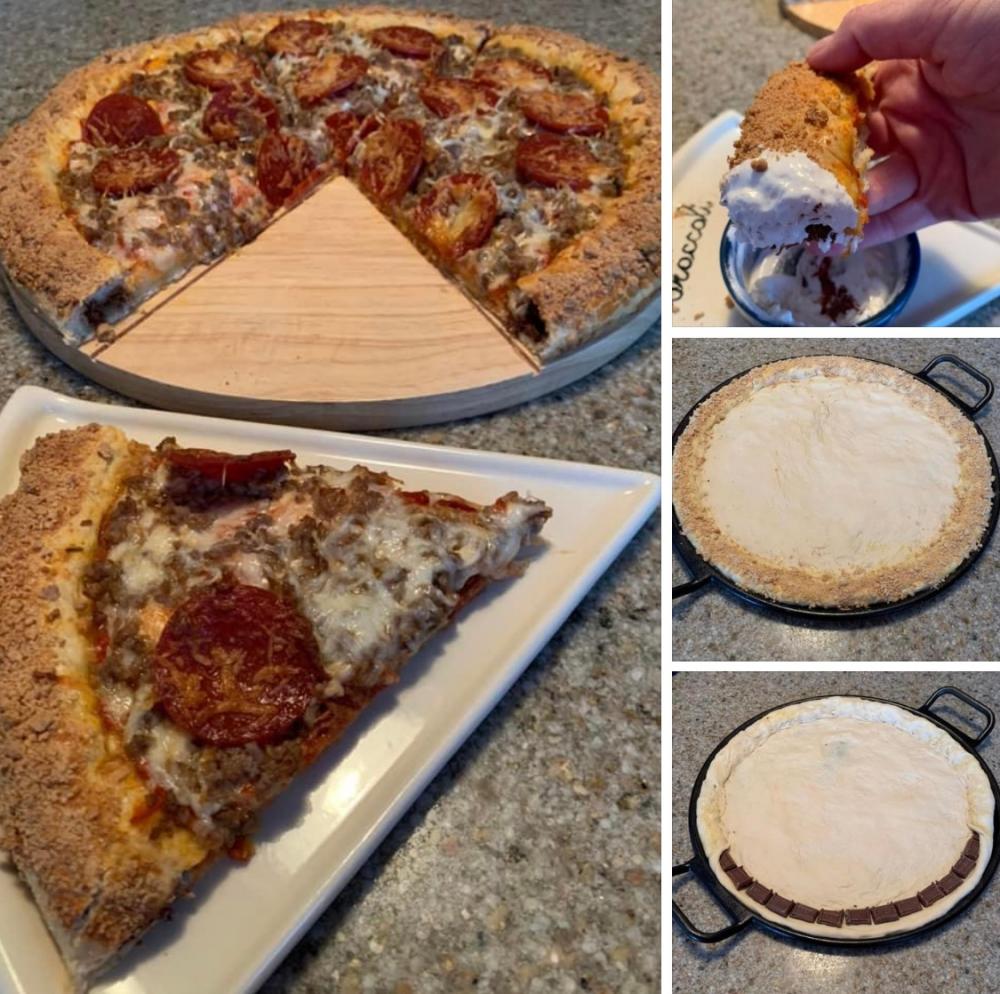 On Wednesday Matthew & decided to make one of our favorite meals, Ham Balls! For some reason Iowa lays claim to the origin of Ham Balls. But having lived in Indiana and Ohio, I can vouch for the fact that they are a Midwest dish. The biggest question is what kind of glaze to use. The choice is between a brown sugar-vinegar glaze or a tomato soup-based glaze. In our household we prefer the vinegar-based glaze. But, however you choose to glaze, they are delicious.

The perfect side dish for the ham balls are cheesy potatoes. For some reason on my husband’s side of the family they are called Aunt Elsie’s Bohemian Potatoes. (Don’t ask me why!) They are also called Funeral Potatoes as they are often served as a side dish at after-funeral luncheons in the Midwest. As sad as that might sound, it shows how comforting and delicious this dish is to have become such a staple. They are also great as a side dish for breakfast, lunch or dinner. So…

Wednesday In the Kitchen with Matthew: A Midwest comfort food dinner…Ham Balls with a brown sugar-vinegar based glaze and some with a tomato soup glaze, Aunt Elsie’s Bohemian Potatoes (aka Cheesy Hashbrowns, aka Funeral Potatoes) and green beans. 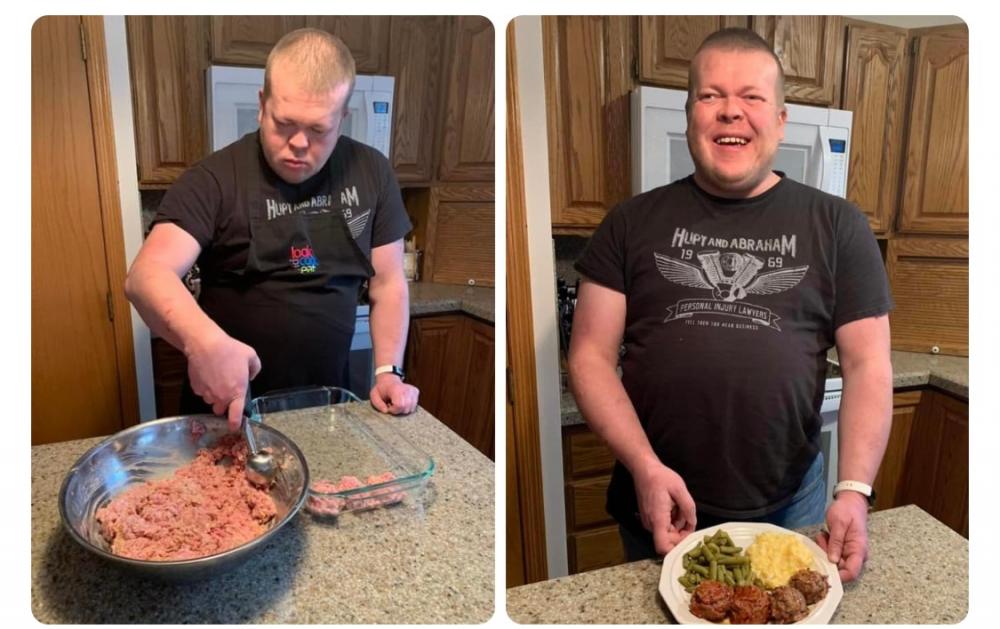 As I continue to explore styles and variations of pizza in the U.S., I ran across a recipe for a Double Crust Stuffed Pizza made in a springform pan. This is someone’s take on a Chicago Deep Dish Pizza.

Friday Pieday: Double Crust Stuffed Pizza (a take on a Chicago style pizza)…dough divided in half then layered in a springform pan topped with mozzarella, an Italian sausage patty, pepperoni, mushrooms, red pepper, green pepper, more mozzarella, the other half of the dough and a homemade red sauce. 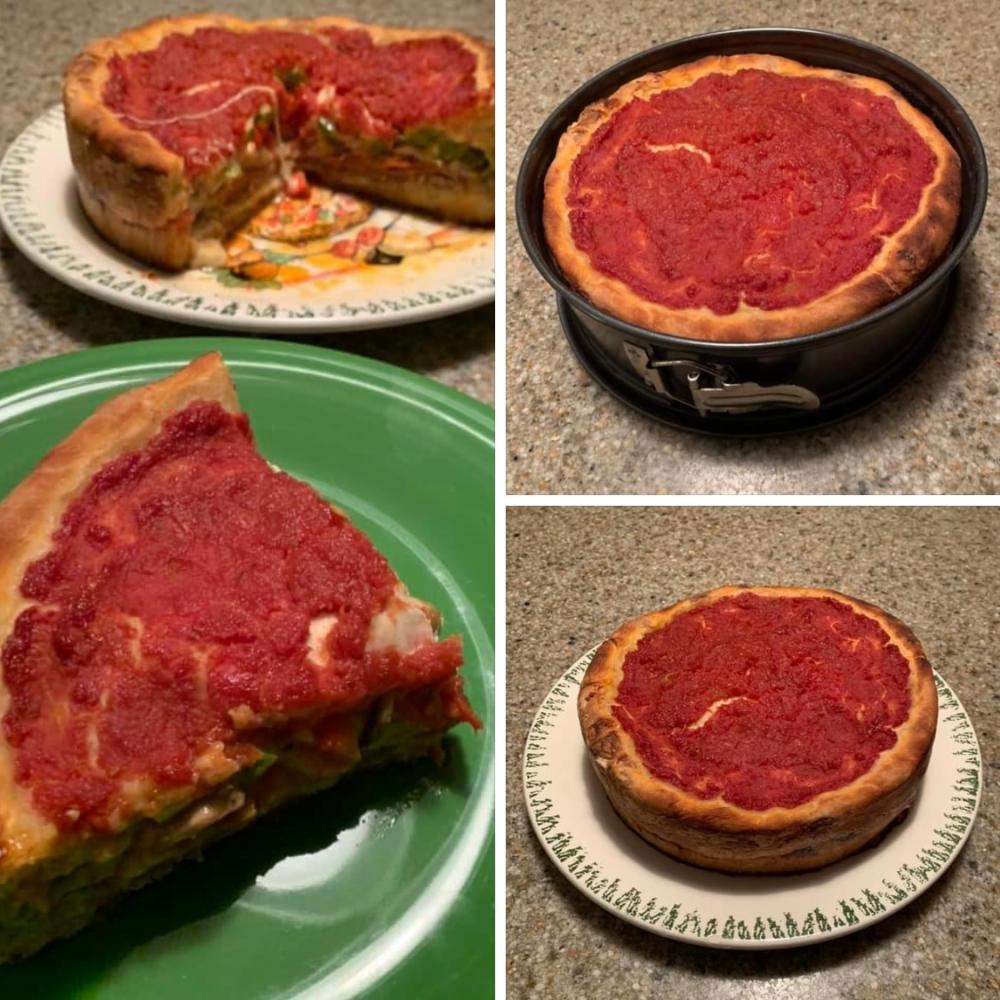 Pizza Ranch is an Iowa homegrown favorite that began in 1981 in Hull, Iowa by Adrie Groeneweg when he was just 19 years old. It can now be found in 15 states. They have a new Sweet Chili Pizza that inspired Sundays Creation. And the fact that I had leftover green & red bell peppers from Friday night’s pizza. 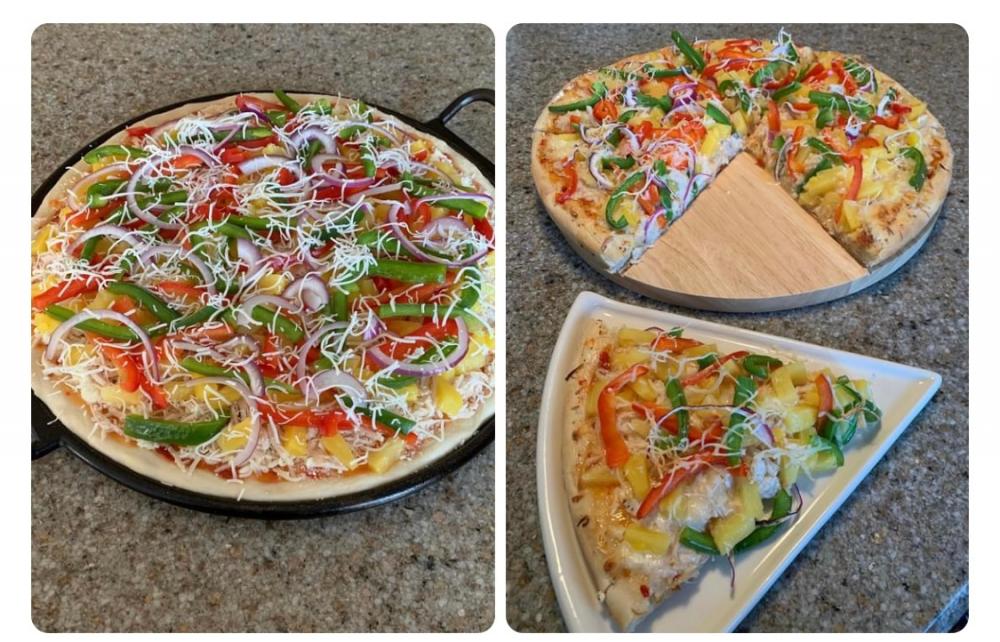