Since I was wiped out for two weeks with CoVid, I have some catching up to do in the kitchen.

Wednesday February 9, 2022 was National Pizza Day in the U.S. But after making dozens of homemade pizzas during the pandemic, I took a break and we ordered in.

By Friday I decided to get back on track with South Shore Bar Pizza, aka New England Bar Pizza. This style of pizza has thick laced edges, burnt crust, burnt edges, crispy edges…whatever you want to call it. It is made in a 10” straight edge pan. 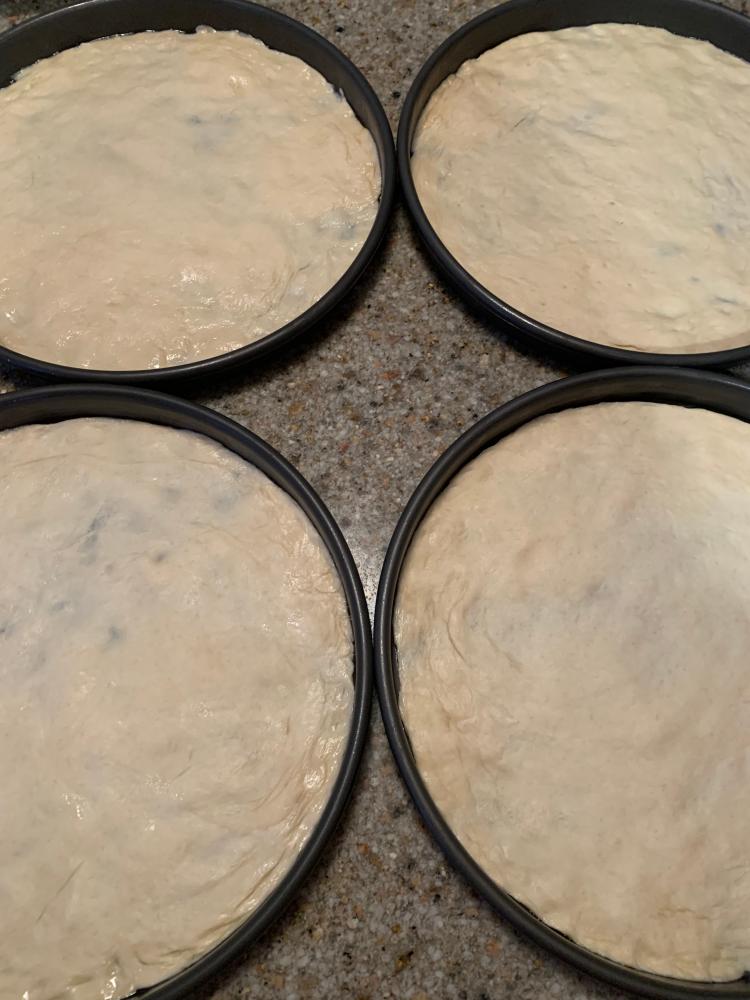 There is quite an interesting history, tradition and culture surrounding SSBP, which you can read more about here. One of the interesting tidbits is that if you get SSBP takeout it does not come in a pizza box. “It traditionally comes cocooned between two round cardboard plates and wrapped in a brown paper bag, cinched up at the top to form a tight fit. Round pizza. Round wrapping.” 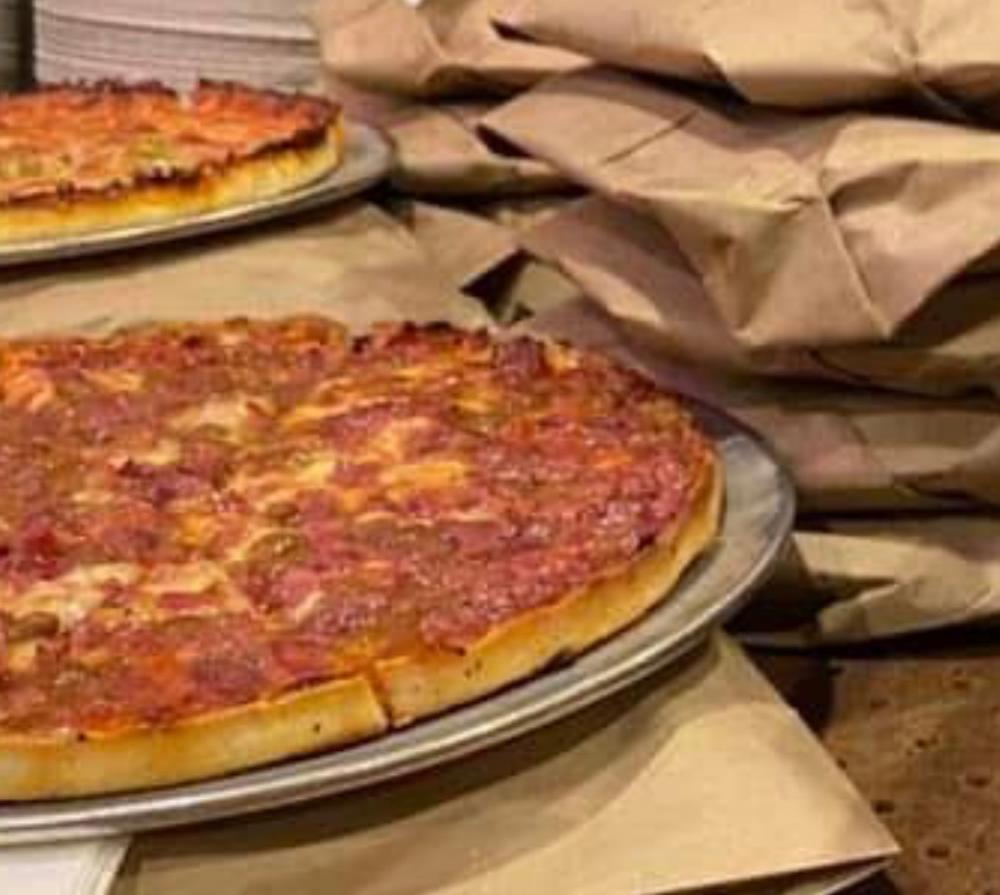 So here is the debut… 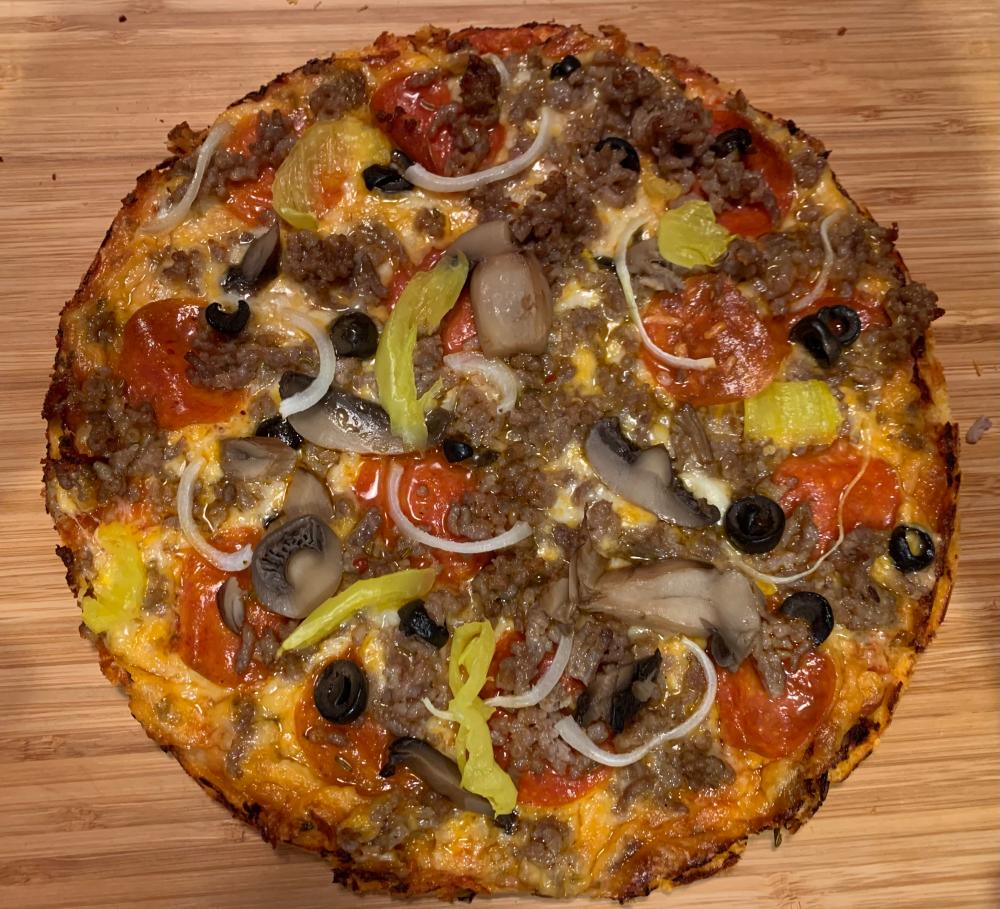 An El Cubano sandwich inspired Sunday’s pizza. The first recorded mention of a distinct Cuban sandwich was that it was a staple of the cigar factory workers in Ybor City and nearby West Tampa, Florida around 1900. You can read more here. 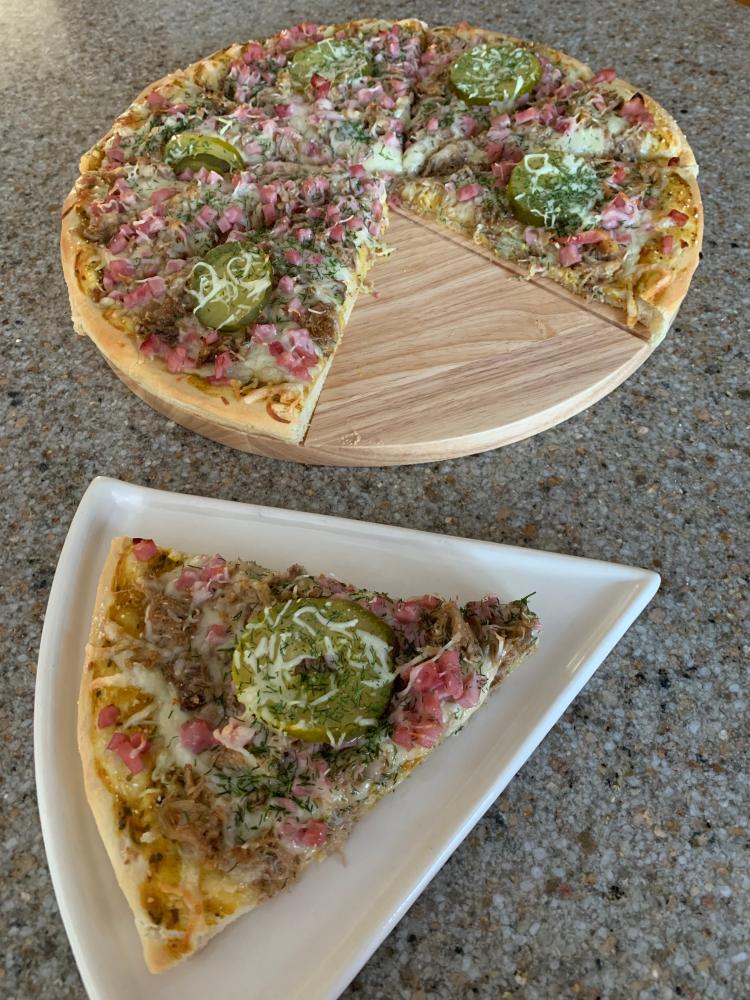 Sunday was also Super Bowl Sunday in the U.S. This year’s teams were the LA Rams and the Cincinnati Bengals. We decided to cheer on the Bengals with some Five-Way Cincinnati Chili. This chili was created by Macedonian immigrant Tom Kiradjieff in 1922. 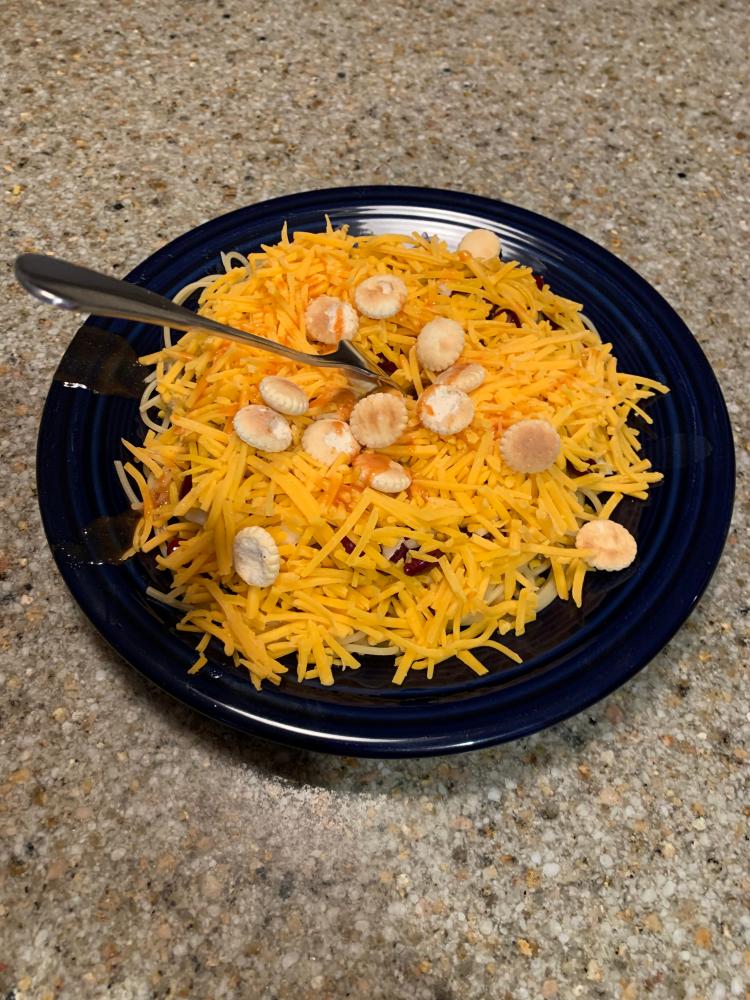 This next week Matthew and I will be back in the kitchen. We will start the week off with a special Valentines Day Pizza!