If you are unfamiliar with what the Special Olympics are, then I am pleased to introduce you to this amazing organization. I can't put their mission into any better words than what they have on their website, so here they are: "The mission of Special Olympics is to provide year-round sports training and athletic competition in a variety of Olympic-type sports for children and adults with intellectual disabilities, giving them continuing opportunities to develop physical fitness, demonstrate courage, experience joy and participate in a sharing of gifts, skills and friendship with their families, other Special Olympics athletes and the community." 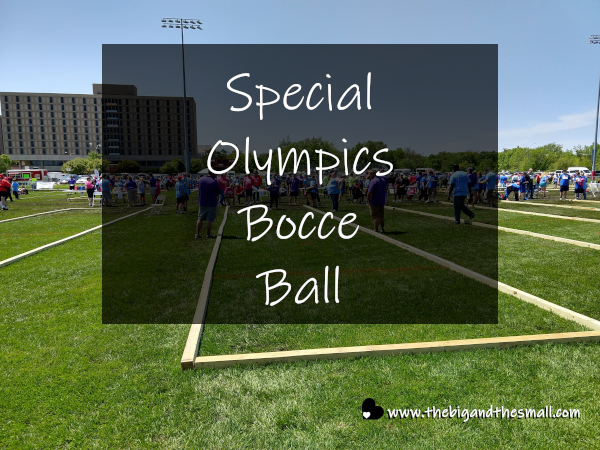 My older brother, Matthew, has some special needs, and he recently started participating with the Special Olympics in the last couple years. So far he has competed in bowling, snow shoeing, and bocce ball, and coming up he has golf and flag football! These activities have given him new friends, a way to stay fit and active, and several gold medals! Yesterday, Joel and I were lucky enough to be able to go to Ames to watch Matthew compete in the bocce ball games. Here are the three of us while we were waiting for Matthew's turn to play! 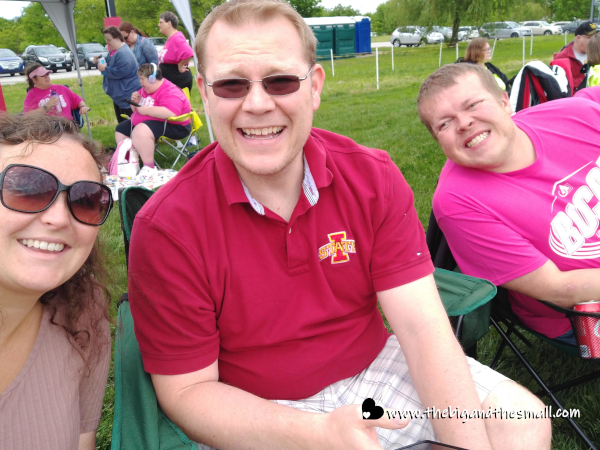 The day started off overcast and chilly, and the field was wet with a capital W from some recent rains. Walking around the bocce ball courts to find a good place to sit was like walking through swamp! We made it through, and settled in with our camp chairs and a plethora of snacks my mom had packed so we could eat while we watched the games. As the day progressed the sun came out, as proved by the sunburn I'm sporting today.  I don't think I've ever played or watched bocce ball before, but it turns out to be very similar to the game of boules we played back in Cyprus. Matthew's team has been practicing a lot lately, and they did very well! 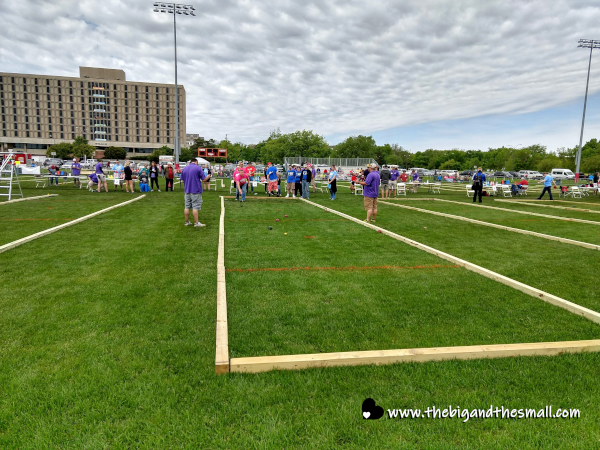 His team is considered in the "senior" category since they are all over 35 years old. They had bright pink t-shirts so they really stood out in the crowd! Matthew not only played very well himself, he did a great job helping one of his teammates who needed a bit of extra companionship during the game. Matthew would hold his hand to help him step onto the field, show him where to throw the ball, and cheered on all his teammates! 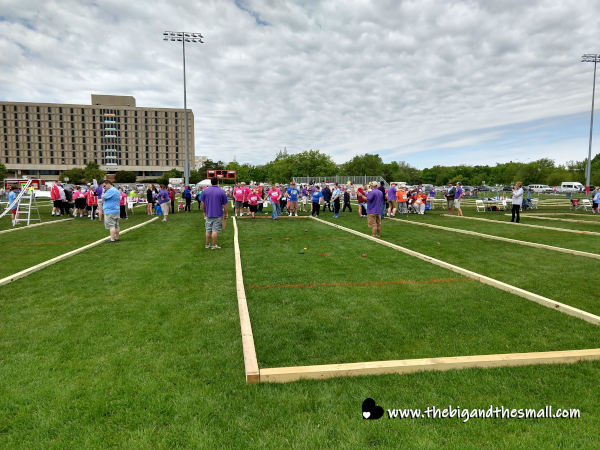 The Special Olympics does a good job of making adjustments to the game as needed so that everyone can participate. If you look closely in this next picture you can see a white structure that was built to help the ball roll, this is used for people who aren't able to actually throw the ball themselves. My favorite accommodation I saw was for a player who was visually impaired - a volunteer would stand over the pallino (the small yellow ball you aim the other balls at) ringing a bell, so the player could throw their ball toward the sound of the bell. Isn't that such a creative idea? It was really neat to see. 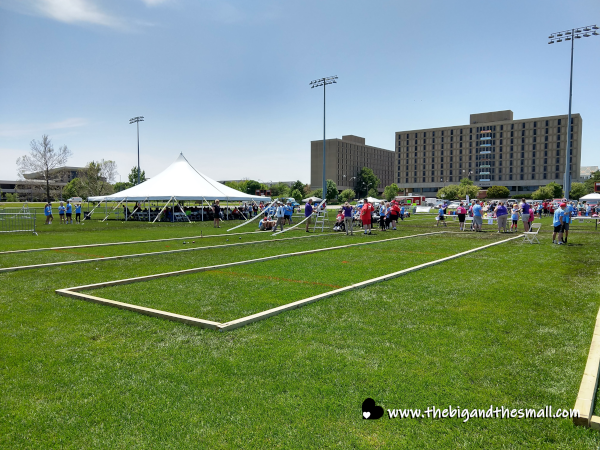 We got to see Matthew play three games total, of which he won two and lost one. Several times he scored the winning points for his team during a round! When it was time for the awards ceremony we didn't know what medal they were going to get, but his team was very excited to be on the podium. 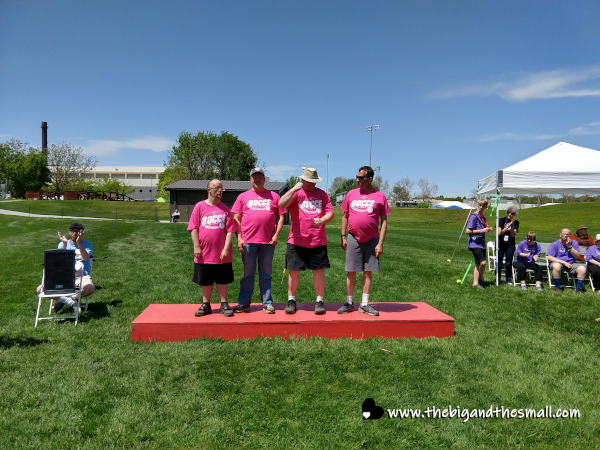 Turns out they won the gold medal for their category! It was so fun to see the team rejoice and receive their medals. 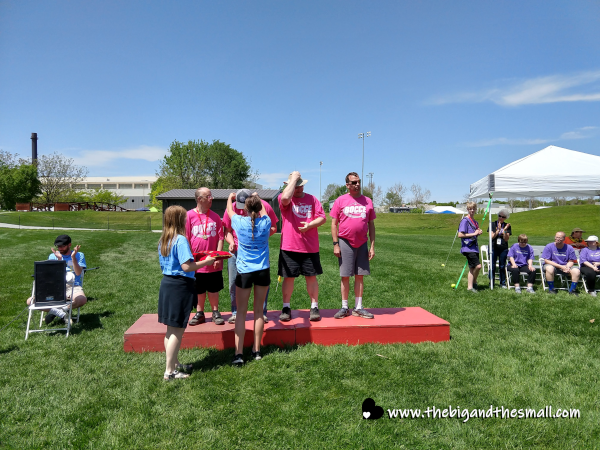 The Special Olympics couldn't happen without a lot of support from volunteers both in monetary donations and giving of their time. Just for yesterday's one event of bocce ball and soccer there were over 2,600 athlete participants and over 2,000 volunteers! It was incredible to see the way the community came together to make this special event happen. The Special Olympics takes places in communities all over the United States and all over the world, so if you are interested, you can probably find a way to get involved wherever you are. I can guarantee it is worth your time and investment!

I'm proud to say that I am now related to an Olympic gold-medal athlete. And if my brother ever invites me to play bocce ball with him I think I'll have to pass, it's pretty clear that he would kick my butt!