When they had come near Jerusalem and had reached Bethphage, at the Mount of Olives, Jesus sent two disciples, saying to them, “Go into the village ahead of you, and immediately you will find a donkey tied, and a colt with her; untie them and bring them to me. If anyone says anything to you, just say this, ‘The Lord needs them.’ And he will send them immediately.” This took place to fulfill what had been spoken through the prophet, saying, “Tell the daughter of Zion, Look, your king is coming to you, Humble, and mounted on a donkey, And on a colt, the foal of a donkey.” The disciples went and did as Jesus had directed them; they brought the donkey and the colt, and put their cloaks on them, and he sat on them. A very large crowd spread their cloaks on the road, and others cut branches from the trees and spread them on the road. The crowds that went ahead of him and that followed along were shouting, “Hosanna to the Son of David! Blessed is the one who comes in the name of the Lord! Hosanna in the highest heaven!” When he entered Jerusalem, the whole city was in turmoil, asking, “Who is this?” The crowds were saying, “This is the prophet Jesus from Nazareth in Galilee.” 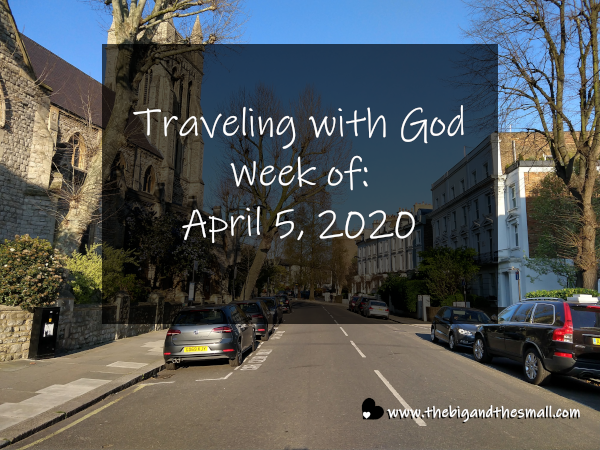 Palm Sunday is usually a very joyful Sunday in the life of a congregation. I don’t know what the tradition has been here at Notting Hill, but at most churches I have served, and the one in which I grew up, we had a tradition of starting the service with an actual parade of palms. The children would gather in the back of the sanctuary, be handed palm leaves by their parents and leaders, then told to parade around the pews and to the front of the altar, waving their palms and singing along to the hymn if they knew the words. It was always a chaotic, joyful re-creation of what that first Palm Sunday must have been like. Loud, busy, a bit disorganized, and crowded.

It’s that last word that gave me pause as I read through the scripture this week - crowded. One of the hallmarks of Palm Sunday is that it involved a lot of people - Matthew tells us that a very large crowd spread their cloaks on the road, and others cut branches from the trees and spread them on the road, the crowds that went ahead of him and the crowds that followed along were shouting hosannas. It seems like everyone in the city was there to welcome Jesus to Jerusalem.

And why wouldn’t they be? This was a triumphant entry. Jesus had been preaching and teaching for three years and large crowds of people were coming to recognize him as the Messiah, as the one they had been waiting for. They knew that his coming to Jerusalem was going to be the start of something special, of their liberation, of God acting in the world. They were excited, and so they gathered in large crowds to celebrate.

I don’t know about you, but the idea of a large crowd right now doesn’t make me feel joyful, it makes me feel nervous. Admittedly, it feels disconcerting to live in a time when we are asked to stay away from other people. Even for the most introverted among us, it will begin to feel like too much. As Christians, especially as we are about to enter our holiest, usually busiest, most people-filled time of year, it feels extra strange to isolate.

After all, we look at all the stories for this week and they are all about the people gathering together - to welcome Jesus to Jerusalem, to break bread at the last supper, to gather at the foot of the cross. We long to be together, too, at this time. And yet, we know that we must stay apart, for the good of others. We are being asked to stay home, protect the NHS, save lives.

The people who gathered in Jerusalem that day were looking for a savior. The word that they shouted - hosanna - in Hebrew it means “save us.” They knew enough to know that Jesus had come to save them - and they were oh so right about that. But they didn’t know, yet, exactly how Jesus was going to save them.

Many people expected the Messiah to come and to overthrow the leaders of the world, in particular the Romans who had so oppressed and harmed the Jewish people. People knew that the coming savior would be the King of Kings, and so they expected him to be a king like they knew earthly kings to be - someone filled with power and strength and wealth. The King of Kings should have ridden in on a white horse, in fancy regalia, wielding a sword and other symbols of might. But Jesus, quite deliberately, chose to ride in on a donkey, a humble animal, clothed in his regular robe, wielding only his love. Jesus came to save, just not how the people expected.

Our story does not end with us in isolation perpetually, never again able to gather together in celebration. But it does stay here for a while. Jesus is with us even in these moments. When we cry out our hosannas, our cries of “save us,” Jesus listens. God listens. The Holy Spirit listens. And then they encourage us to hold on just a little bit longer. Our cries will not go unheard. But they might get answered differently than we expect.

Let us, like the people of Jerusalem, learn to see our salvation in the unexpected ways Jesus brings it to us. Let us confess, together yet apart, that Jesus is the King of kings, the name above all names, that he is our light and our salvation. Let us take joy in that truth, always. Amen.

Oh Lord, we know that you have come to save us. Help us to see how your salvation is working itself out in the world today. Give us strength for today and bright hope for tomorrow, in Jesus' name. Amen.