Now all the tax collectors and sinners were coming near to listen to him. And the Pharisees and the scribes were grumbling and saying, "This fellow welcomes sinners and eats with them." So he told them this parable: "Which one of you, having a hundred sheep and losing one of them, does not leave the ninety-nine in the wilderness and go after the one that is lost until he finds it? When he has found it, he lays it on his shoulders and rejoices. And when he comes home, he calls together his friends and neighbors, saying to them, 'Rejoice with me, for I have found my sheep that was lost.' Just so, I tell you, there will be more joy in heaven over one sinner who repents than over ninety-nine righteous persons who need no repentance. Or what woman have ten silver coins, if she loses one of them, does not light a lamp, sweep the house, and search carefully until she finds it? When she has found it, she calls together her friends and neighbors, saying, 'Rejoice with me, for I have found the coin that I had lost.' Just so, I tell you, there is joy in the presence of the angels of God over one sinner who repents." 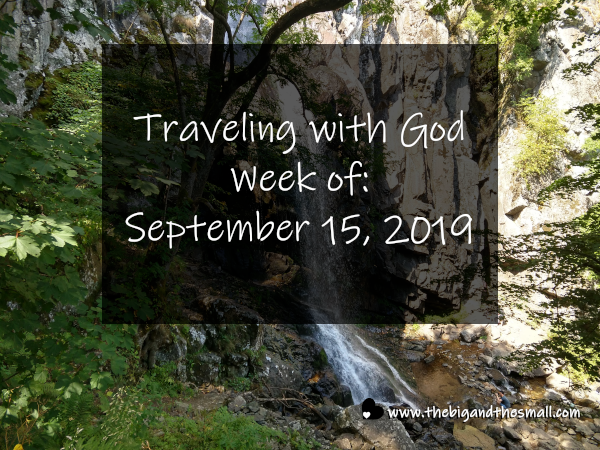 Have you ever lost something important to you? Unless you are the most responsible human being on the planet I'm guessing the answer to that is 'yes.' We've all lost something at some point - our keys, our sunglasses, maybe a wallet or a phone. Sometimes, finding the thing we are looking for is easy - it turns out our sunglasses are on our head, or our phone is still in our hand (anyone? just me?) - and other times, that panic fills us and we drop everything we are doing to look for the lost item.

I remember one time in college I lost my keys. I was in my apartment (and it was an electronic door so you could not get in without the keys) so I knew they were somewhere in the apartment with me, but I could not find them. I began to do exactly what Jesus describes in scripture about the woman and the lost coin - I turned on all the lights, I started looking in every nook and cranny, I looked in places those keys could not possibly have gone! I was in full panic mode because it felt like there was no way to live my life without those keys. At that point in time, I could not have focused on anything else even if I wanted to.

Eventually, after what felt like hours of searching, I found those keys. I still remember the flood of relief that went through my body. The tension I didn't know I was holding released, the panic subsided, and unbridled joy set in. My joy at finding those keys probably exceeded what the moment really called for, but I was just so thankful to have found them. (Where were they? In the trash can under my desk, somehow.)

That, Jesus tells us, is how God feels about finding someone on the margins, about bringing in somehow who has wandered from the fold. Sometimes someone is on the outside because they choose to be there, because they have walked away of their own accord. But far too often someone is on the outside because no one has invited them in, or, far worse, because they have been kicked out. As a pastor, I'll be the first to admit that churches don't have the greatest track record for actually welcoming the lost and the least, the very people God searches for and rejoices over.

Jesus calls us to be like that shepherd with the lost sheep, like the woman with the lost coin, when it comes to those who feel they are outside of God's love. When we see that happening we should panic, we should feel like we cannot live our lives that way, like there is nothing else we can focus on until that situation is resolved. And when someone is found, is welcomed, is brought into the fold? Then we rejoice - we rejoice like a wrong has been righted, like all is well in the world again. And God rejoices with us.

God of all things lost and found, help us to look outside of ourselves to see who might be feeling lost and forgotten. Give us the courage to extend the invitation, to draw the circle wider, and help us to rejoice when what has been lost is found. In Jesus' name, Amen.