Inside the Troll House

Yesterday I shared the incredible before & after photos of the restoration done on this gorgeous old cottage on the property of our current housesit. Today I'm here to share the inside scoop on what the interior looks like now! 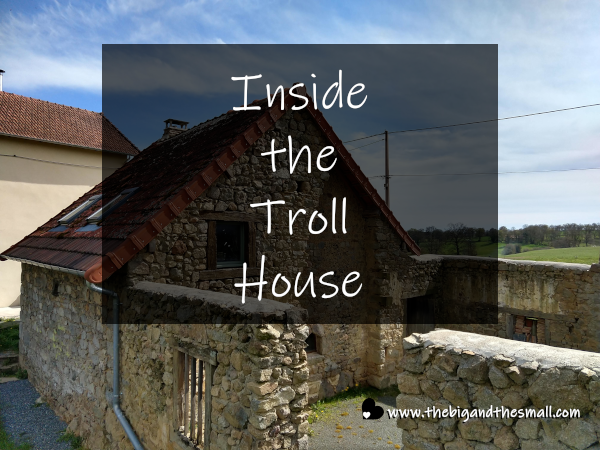 Unfortunately, I can't really do any dramatic before and after photos of the inside because there wasn't much of an inside to speak of before Bob started working on this place. A wall had fallen down and part of the roof had caved in so the inside was full of debris, junk, and overgrowth. Nowadays, however, it is a cute little building that Bob sometimes refers to as his man cave.

The downstairs is one big room with a large fireplace on one wall (which you can see in yesterday's post). On the left side of the fireplace is this neat tapestry, a nod to the history of the area. (Aubusson, famous for tapestries is only 30 minutes away.) 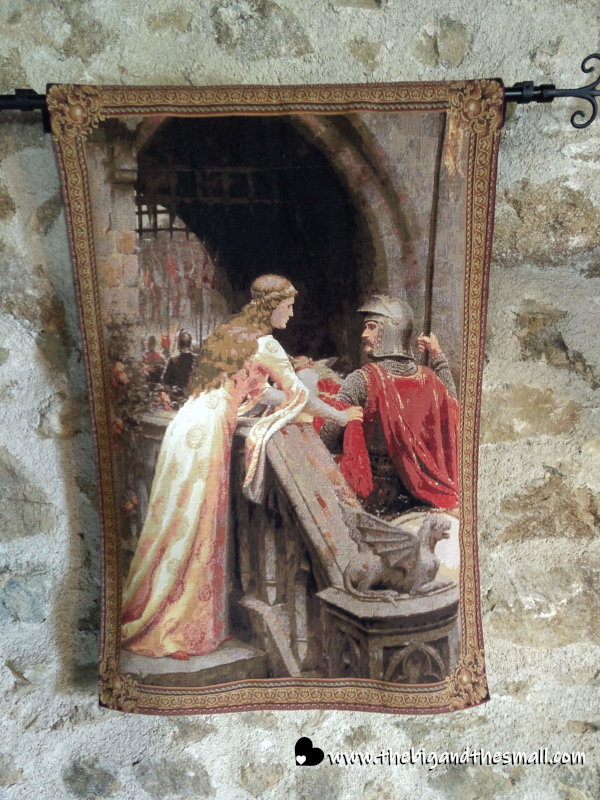 On the right side of the fireplace is a Knights Templar sword. Bob loves Templar history so it makes sense that he has this on display. 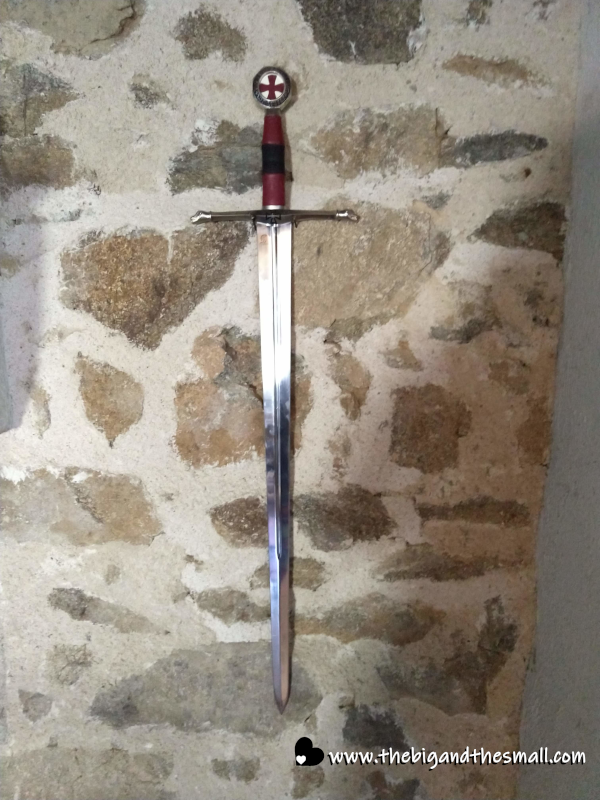 And in the back right corner, the way you can really tell that Bob is British - everything you need to make tea! There is a bottle of water because while the building has electricity and even picks up the internet from the main house, there is no running water. 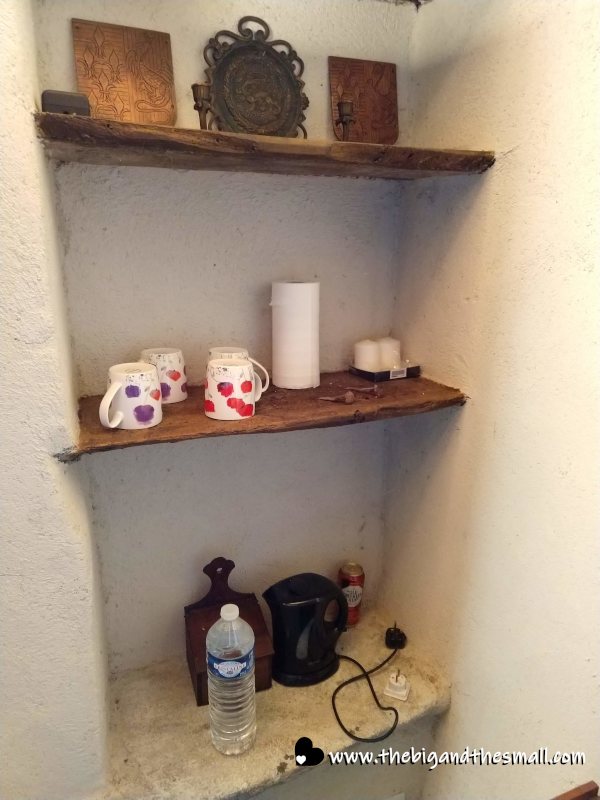 When you walk in the building you can see the stairs at the back. While there would have been stairs originally at some point, Bob had to build these as any that had been there were long gone. He had to rebuild most of the second floor in general, there were a few floorboards that could be reused, but that was about it. He used reclaimed and antique materials as much as possible. 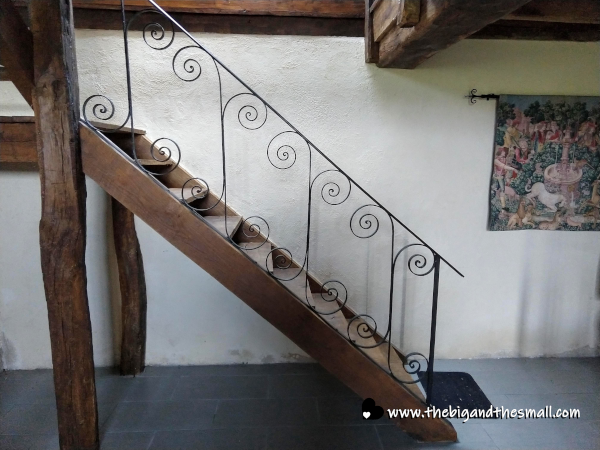 As you walk up the stairs you can see one of the windows Bob added. The wall with this window was the one that had originally fallen down. 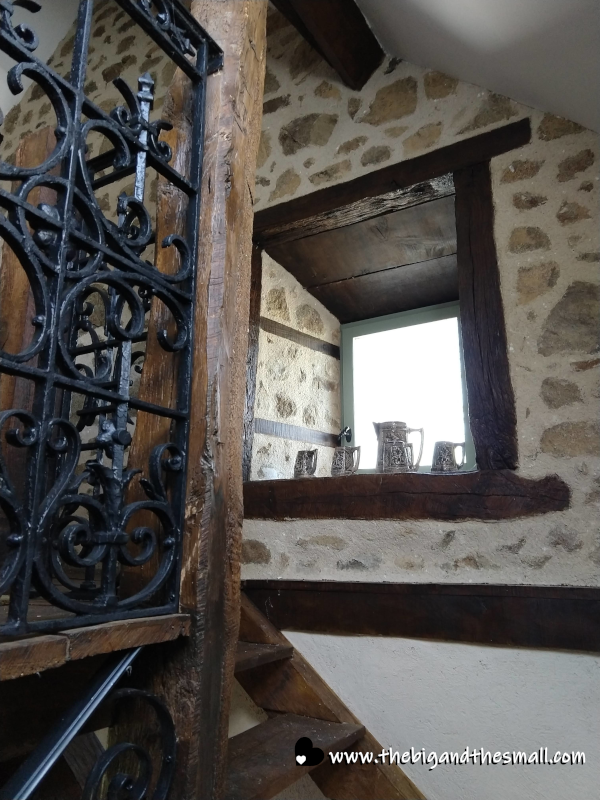 I really love the antique metal railings that Bob put in place here. They are intricate and add a beautiful amount of detail to such a simple space. 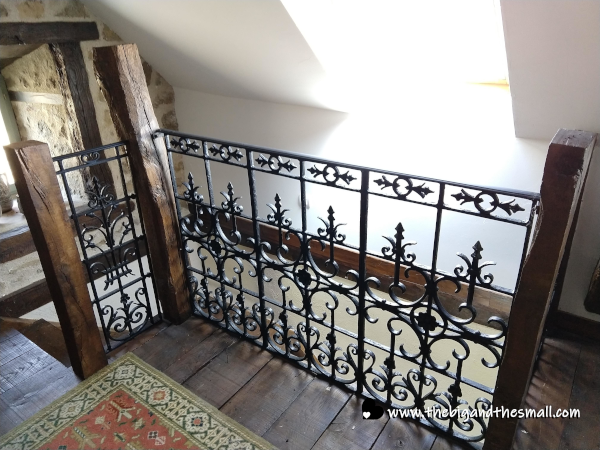 The upstairs has turned into quite the movie room, with two rows of seating and even some bean bags available for extra guests. 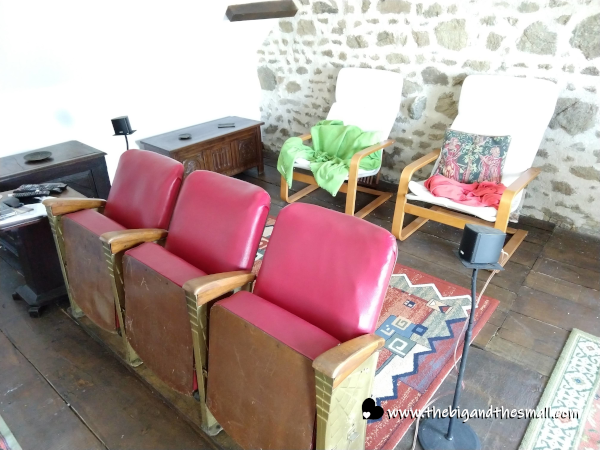 Bob hadn't used the space in almost a year (it's not really useable in winter) so we did some cleaning up and checked on the technology. Joel was able to get everything hooked up so the surround sound works again! We have yet to enjoy the large TV in this space as it's been a bit cold...but today finally hit 75 degrees so I think we'll be out here soon. 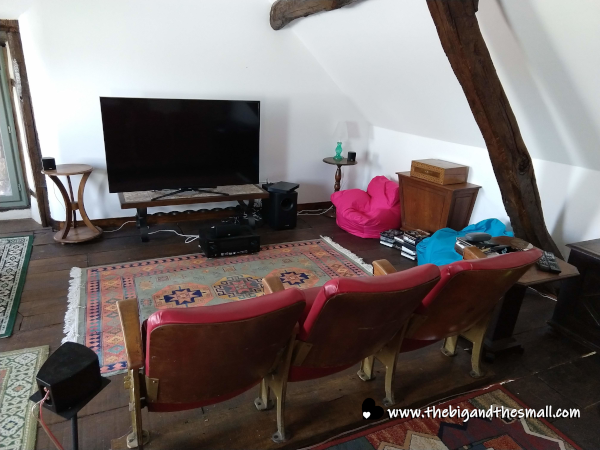 This row of three chairs is vintage seats from a movie theater that was closing. I could be wrong but I think but Bob said they date back to the 1940's! They are surprisingly comfortable, as you can see my model showing off here. 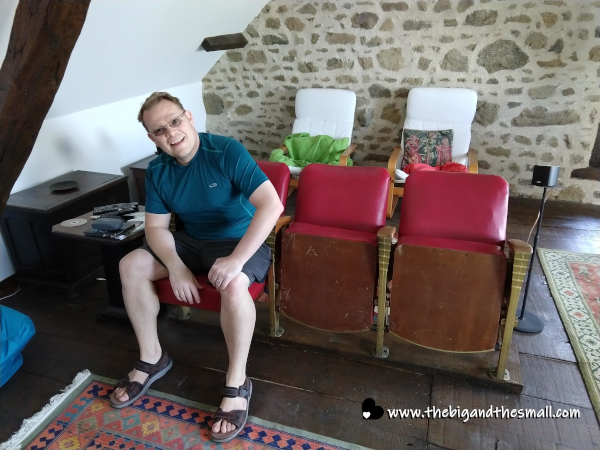 I have to say I think this building is one of the coolest places we've had the privilege of caring for during our housesitting journey so far. Now to enjoy that big screen TV and that surround sound before we move on!

It looks much more spacious…

It looks much more spacious than I would have guessed from the photos yesterday. What impressive workmanship from Bob!

It's bigger on the inside...

It definitely is bigger than it looks! I think it would be fun to add a real bathroom and a small kitchen, it could be an adorable place to rent for holidays! Except no one really wants to come to the middle of nowhere France, lol.