If you've follow us on Instagram or Facebook you know that we officially started our UK road trip last Friday! My goal is to write one post for each day of the trip, and since I only post M-F I will get a little backed up on the blog. If you want to follow us in real time, Facebook and IG are the place to be! [Plus we just did another crisps (potato chips) taste test on Facebook live and you know you want to see us try Brussels sprouts and lobster flavored chips.] 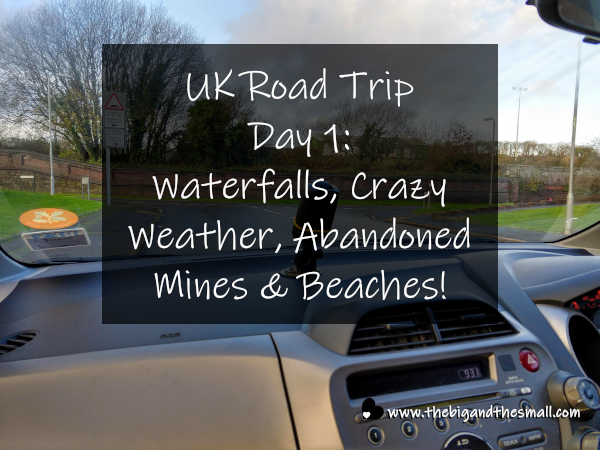 The idea for this road trip came about back on Halloween when Steve and I were driving home from the final event. He asked where Joel and I were going after Swansea, and I shared with him that we had a two week gap where we were currently homeless. We still had time to look for a housesit, and were planning to, when Steve floated the possibility of joining him on a road trip around the UK and into Scotland. I was immediately excited about it, though I had to do a little convincing to get Joel to agree that two weeks on the road with a person we had just met would be fun. Even after such a short time (we met Steve on October 22nd) it felt like we had known each other a lot longer, so finally he went for it and here we are! The first day of the road trip was Friday December 7th, and we kicked things off with a selfie at the car. 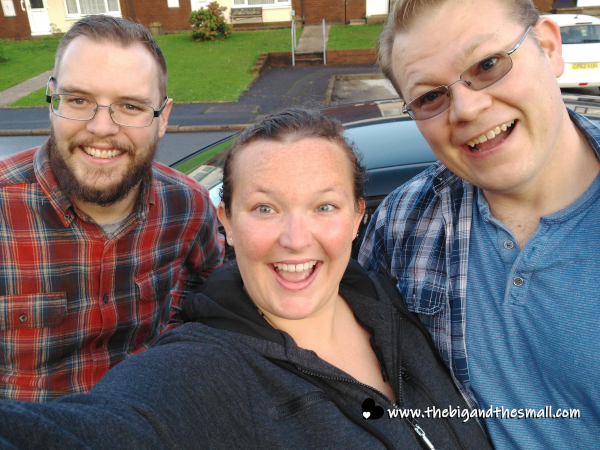 Then it was time for hours in the car! Steve graciously offered to plan the whole trip (he does this kind of thing a lot, though often by himself) and we loved that everything would be a surprise to us. So we had little idea where we were headed, which is the best kind of road trip, in my opinion! This day Steve planned for a long, leisurely drive to our first Air BnB so we could see a few things he planned for, and stop whenever we came across something that struck our fancy. Which meant that every time we saw a waterfall we were begging Steve to pull over to the side of the road so we could marvel at it. We saw many, many waterfalls as we drove along, in part because there have been massive amounts of rain lately. The rain has also caused some flooding which is less cool than the waterfalls, but apparently they are pretty used to it around here. 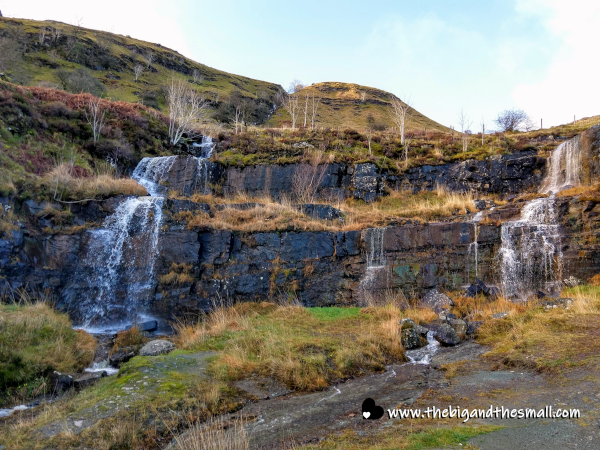 When Steve saw how excited we were about mini roadside waterfalls, he said he couldn't wait till we got to our first real destination. We drove through the hills (debating about when we could start calling them mountains) and valleys, and then arrived at the Elan Valley. This is a very cool place known to locals, but one that most tourists don't get to when they come to Wales. We drove over an old stone bridge which seemed kinda cool, but then it turned out to be really cool when we got out of the car and turned around to look back at it. It's a massive man-made waterfall! The air here was so fresh and clean and I loved the sound of the rushing water. 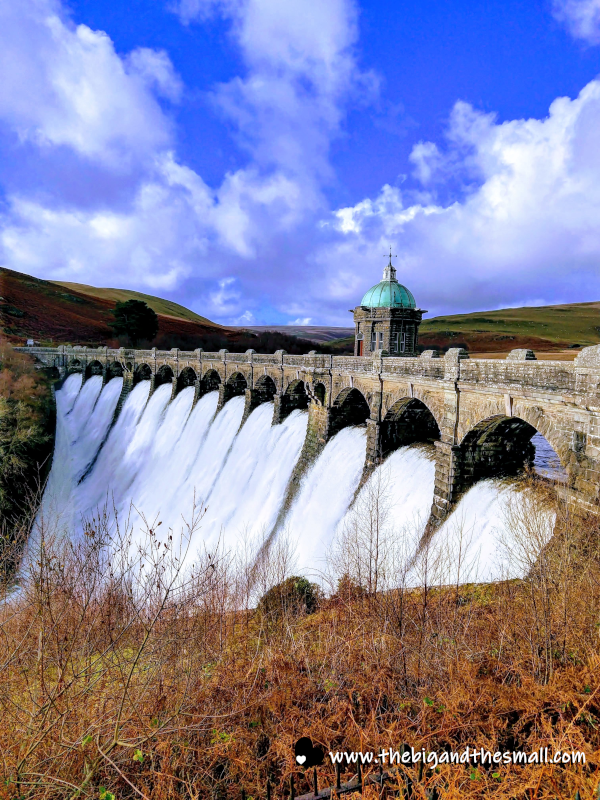 We spent some time wandering over the bridge and taking countless pictures and videos of the waterfall. Each time we got out of the car it seemed a little bit colder outside so by now I was fully wrapped up in my new travel jacket, which thankfully has a hood to keep my ears warm. It's not the most stylish of looks, but when it comes to surviving the cold I don't much care how I look! (I can hear my mother's voice in my ear from when I was a kid - "it's not a fashion show!") Thus you get this awesome unibomber look from me in our selfie at the bridge (Fair warning: I think you should just prepare now for lots of selfies from this road trip.) 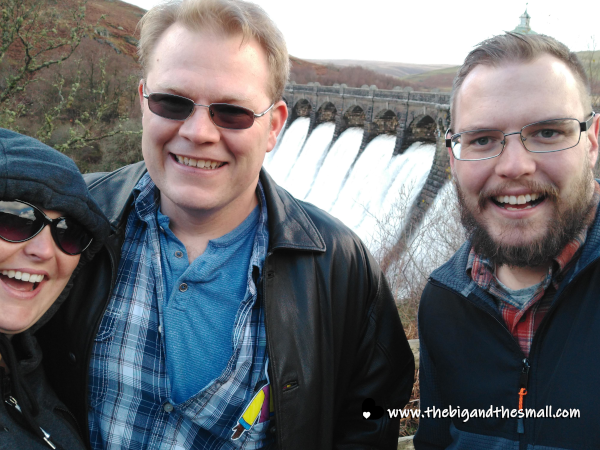 Not too far from the bridge we came across an old church just chilling in the valley. It is still an active church in that worship is held there on the first Sunday of the month from Easter through October. The rest of the year it is kept open for visitors to explore; they just ask that you keep the gates and doors closed behind you so the sheep don't wander in! (There are sheep wandering everywhere around here; they are spray painted to mark who owns them, but otherwise they are the true definition of free range.) The name of the church is "Nantgwyllt Church" - I'd show you the picture of the sign to prove I'm not making that up but it's blurry. Welsh is such a fun language! 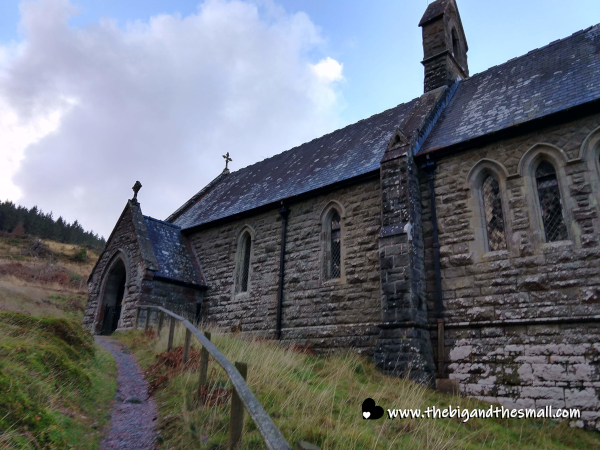 I love churches of all shapes and sizes so it was fun to briefly explore this country one. The inside was simple but beautiful, and the stained glassed windows looked out over the valley and you could see the bridge in the distance. My favorite part was this one had a raised pulpit like I've been seeing in churches all over, and this time I actually got to go up in it! I pretended to give a sermon to the boys, so they, of course, pretended to be bored. 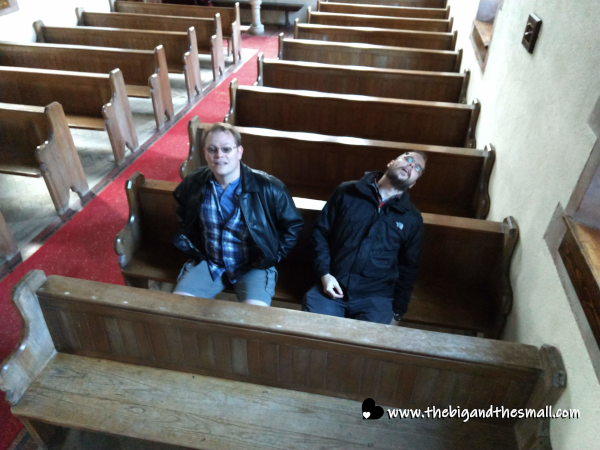 After the church we walked back to the car and moved on to the next destination Steve had in mind. Just when he pulled into a parking lot, with plans for us to walk across the street, the weather went crazy! The sun was still shining, but all of a sudden it was pouring down rain, and then it started hailing! I've never seen anything quite like it. Steve does some storm chasing as a hobby, so he hopped out into the weather to get a reading, and it turns out the wind was going at 56.5 miles an hour. It was nuts. 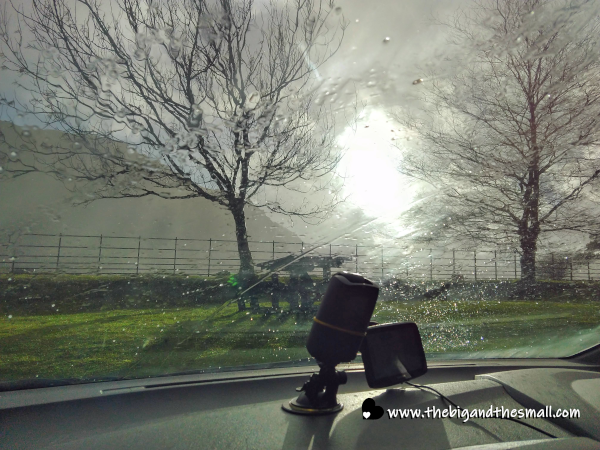 When the precipitation died down (but the wind hadn't) we walked across the street to see what Steve had brought us to - another amazingly huge man-made waterfall! This one was incredible, but I didn't enjoy it for very long because of that crazy wind. At least I was better off than Joel who was still wearing shorts! After enjoying the view for a minute and snapping a quick pic I ran back to the car to get out of the cold - the wind was so strong it almost felt like it was carrying me along; it was kind of awesome. 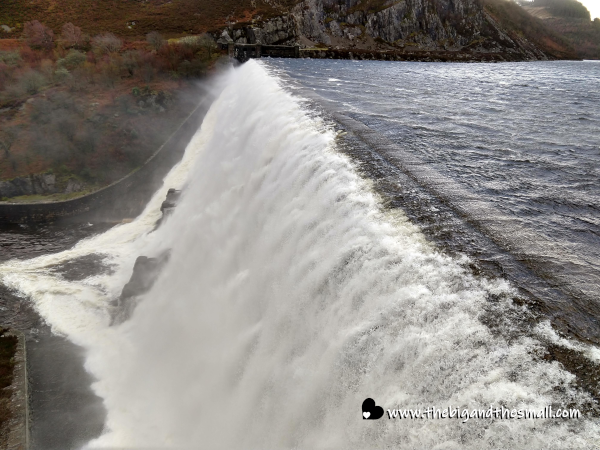 The next place we stopped was truly random, we were driving along when Steve spotted an old abandoned mine on the side of the road. It also had some waterfalls running through it so when he asked if we wanted to explore the answer was "heck yes!" There was a sign warning of some danger but it basically said "do what you want just don't be stupid" so exploring we went. I didn't last as long as the boys but I told them to keep exploring and I would go sit in the car. It wasn't long before they came back out of the cold as well. 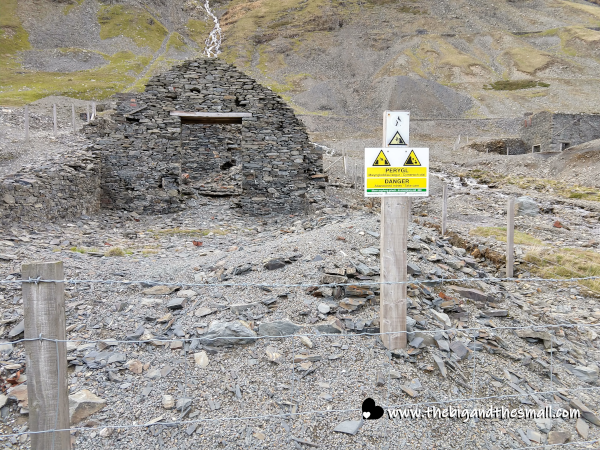 Shortly after the mine we were traveling a winding road when we saw a cool arch in the distance. We so hoped we were going to get to drive under it, but alas it was off to the side of the real road and the road under it was blocked off. The accompanying sign informed us that this is "The Arch at Penbwlchbodcoll" which somehow translates to "the head of the pass of lost existence" which is kind of surreal and vaguely spooky. 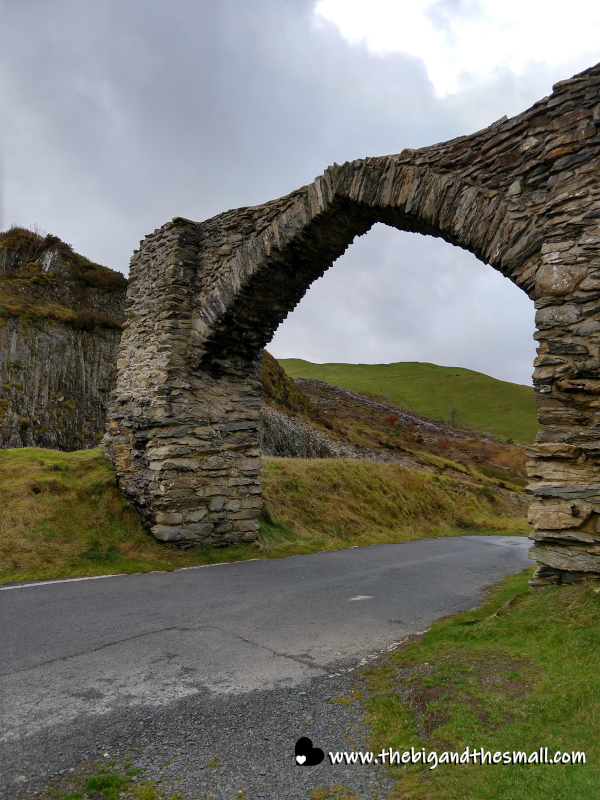 If we thought the waterfalls we had seen so far were awesome, we were in for a real treat at the next place - the Devil's Bridge waterfalls. When we arrived and realized it cost money to get in and was a 30 minute walk down to see the falls, then back up the ravine, I decided to pass on this one. I sent the boys on with my blessing and returned to the car (to read a book about the Queen) and I am so glad I did because not one minute after I got in the car it started pouring down rain. I would have been soaked and miserable. Instead I got to read and take a small nap while Joel and Steve took in this majestic beauty. 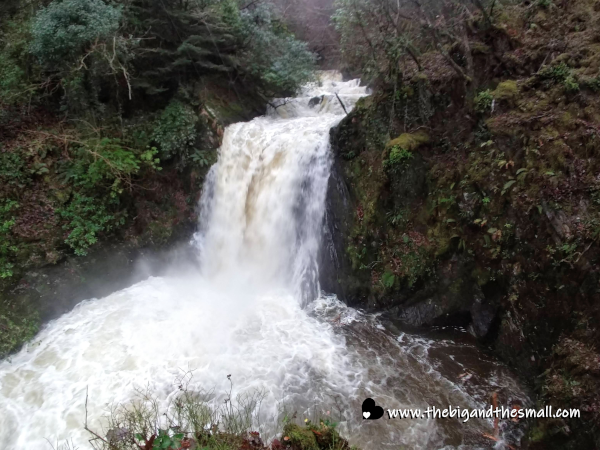 After this we only had a short amount of daylight left (it gets dark around 3:30 now) so we hurried to Aberystwyth so we could be on the coast to catch the sunset and the waves from those crazy winds. It was beautiful, and I found myself so grateful for how much of God's creation we were able to see in one spectacular day. 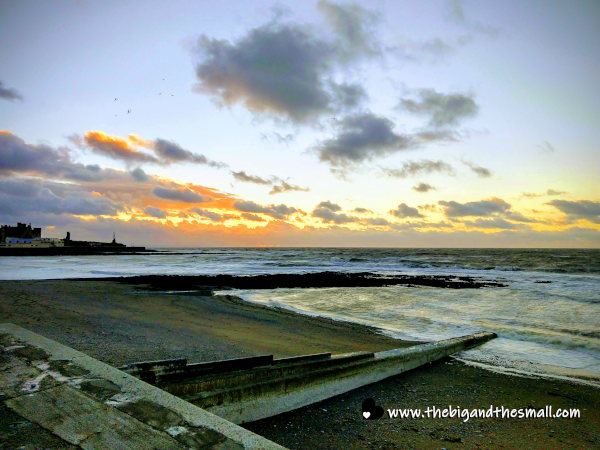 Once darkness set we headed towards our Air BnB for the night. We arrived around 6pm though it felt like midnight it was so dark out. The three bedroom place has crazy low ceilings (the guys literally have to duck through every doorway, though I'm fine) but otherwise is cozy, cute and just what we need. After a long day we ate dinner, watched a movie (The Manchurian Candidate) then headed off to bed to rest up for the next day of adventuring.

I missed this one (from when I was trapped under a perpetually screaming newborn), but thanks to the clip show post, I got to hear about it. I love the sounds of Welsh names and translations for places. That archway looked very cool and I loved the name of it. Did you have a favorite Welsh word come out of your time there?

I absolutely do have a favorite Welsh word - Pysgod Wibli-Wobli - it means Jellyfish!