It seems winter has dug it’s heels in to stay for a while. But, for some reason, I have been motivated to start some spring cleaning in my closet. I sorted through my boots and shoes.

Does anyone else keep your boots and shoes in the original boxes along with the receipts? Well, I found some boots that were 20+ years old and still in good condition. I decided it was time to pass them on to Goodwill. Also, with being retired, I don’t dress up anymore. So, several pair of dress shoes ended up in the donation pile as well.

On Wednesday Matthew’s basketball practice was canceled due to a winter weather advisory. So for dinner we pulled out a recipe from his high school Food’s Class. He then went home to hunker down. 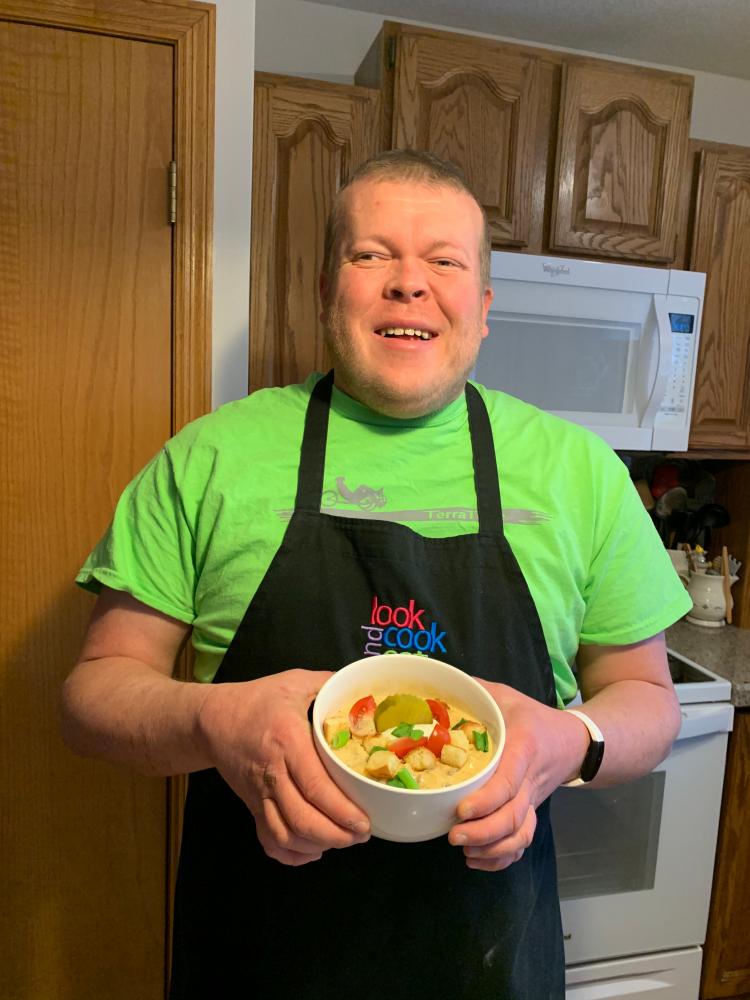 The storm started out as rain, then sleet and then a very heavy wet, snow. We ended up with about 6”. I took this picture after it switched to snow and it was coming down fast and furious. 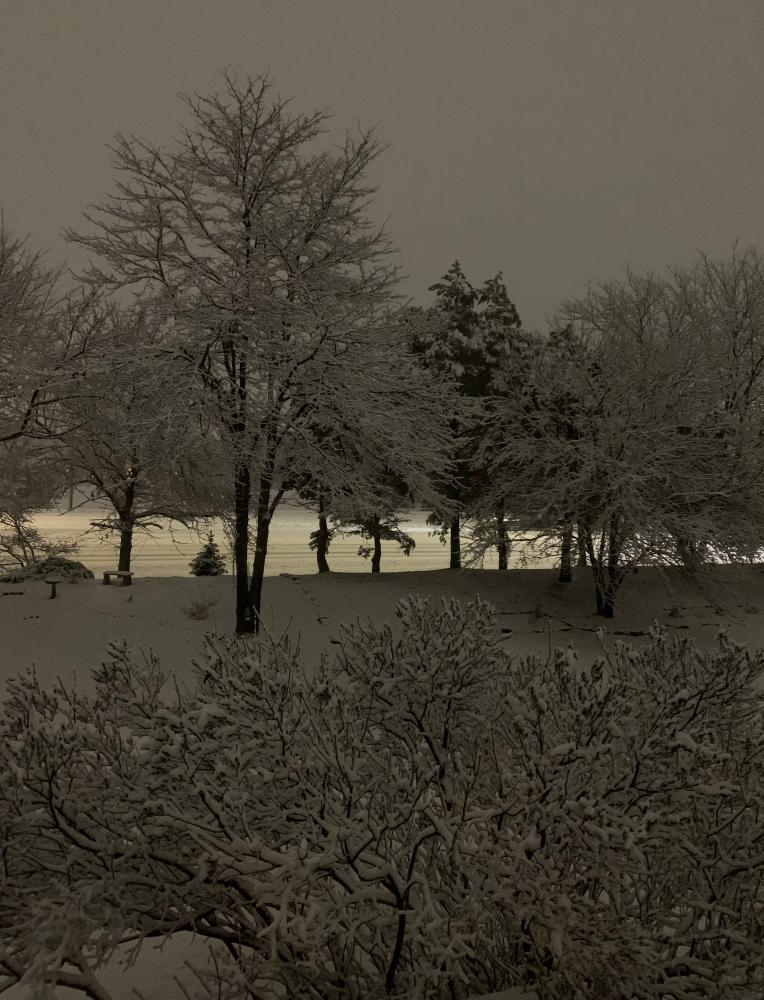 It was a pretty snow and four days later it is still clinging to the trees. 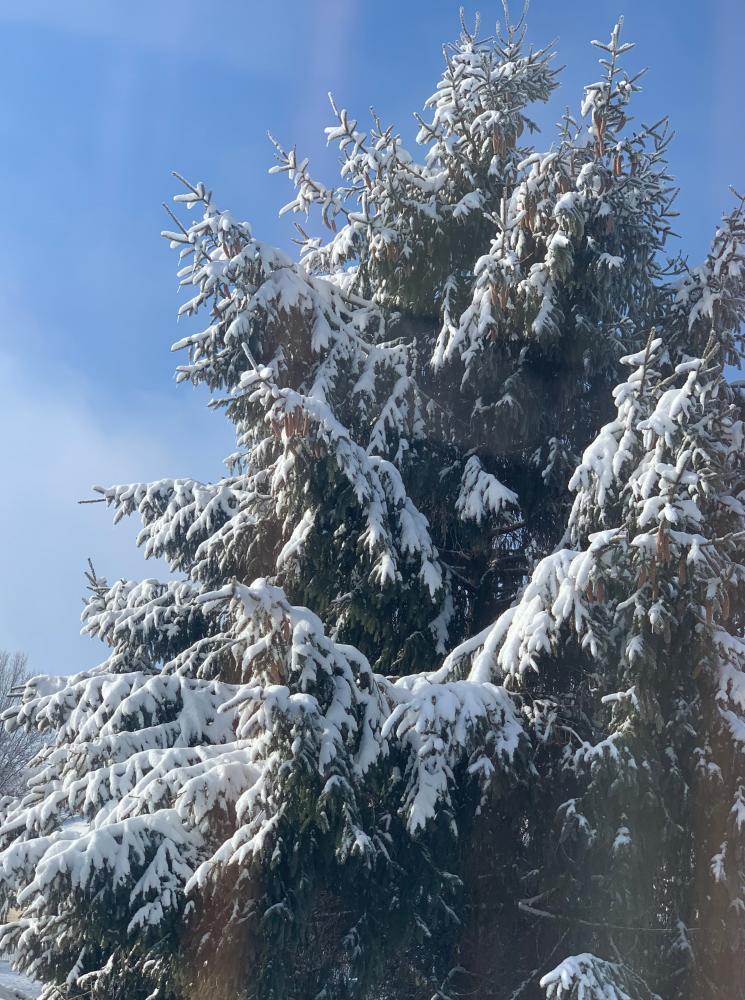 By Thursday afternoon the roads were cleared, so Matthew came down to cook. 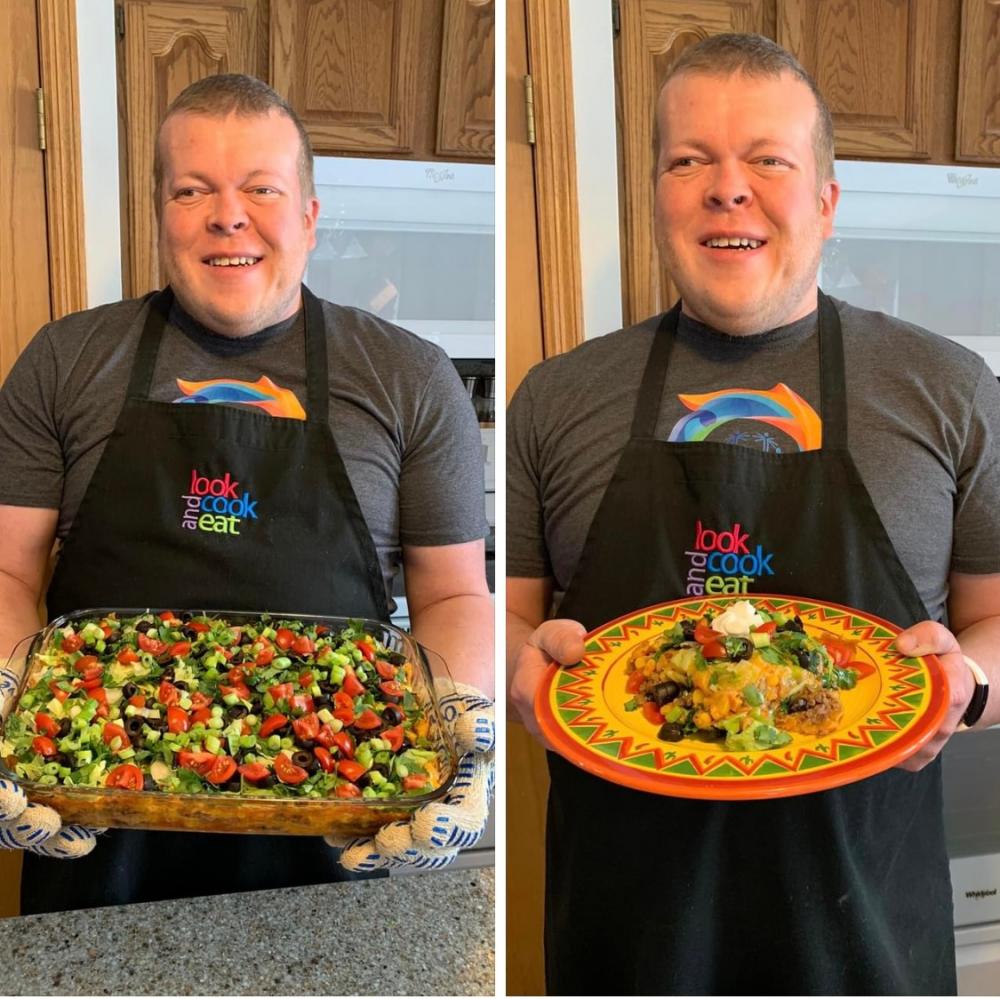 As for pizza, I am still making my way through the list of various styles & variations around the U.S. 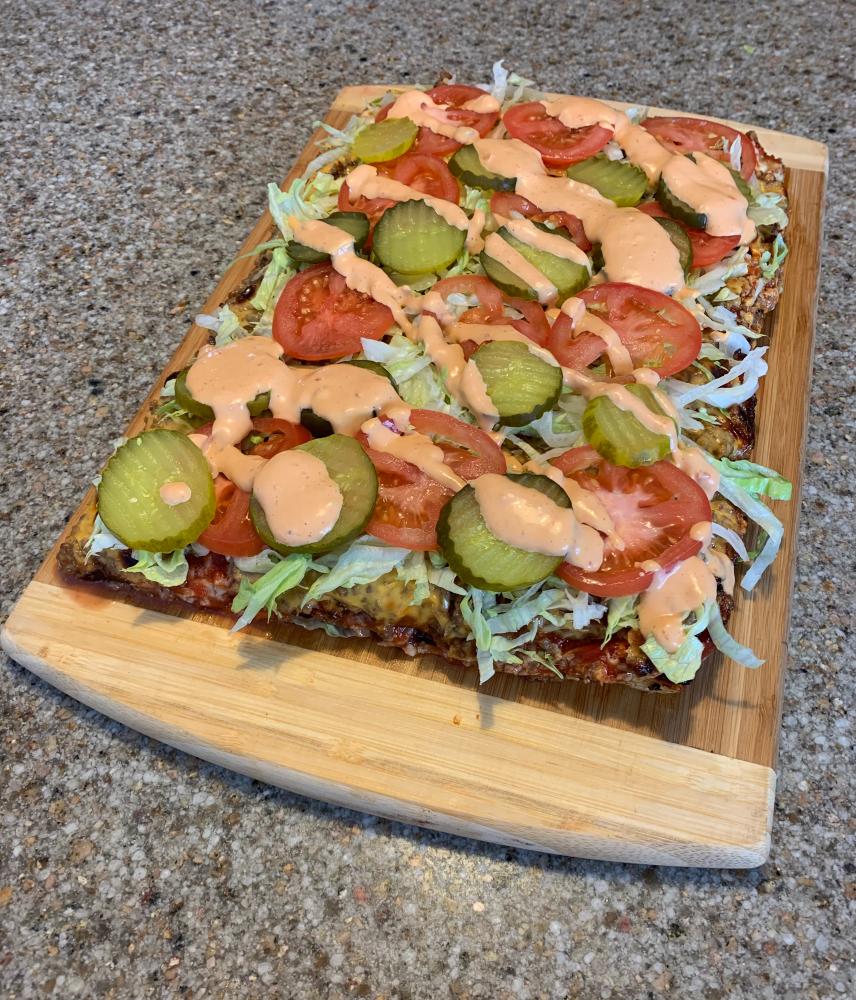 On Friday, I finished a puzzle that I thought would take me months to complete. Instead, I finished it in three weeks. Last piece of the 2000 piece puzzle…’Drops of Color’ (#74pandemicpuzzles) 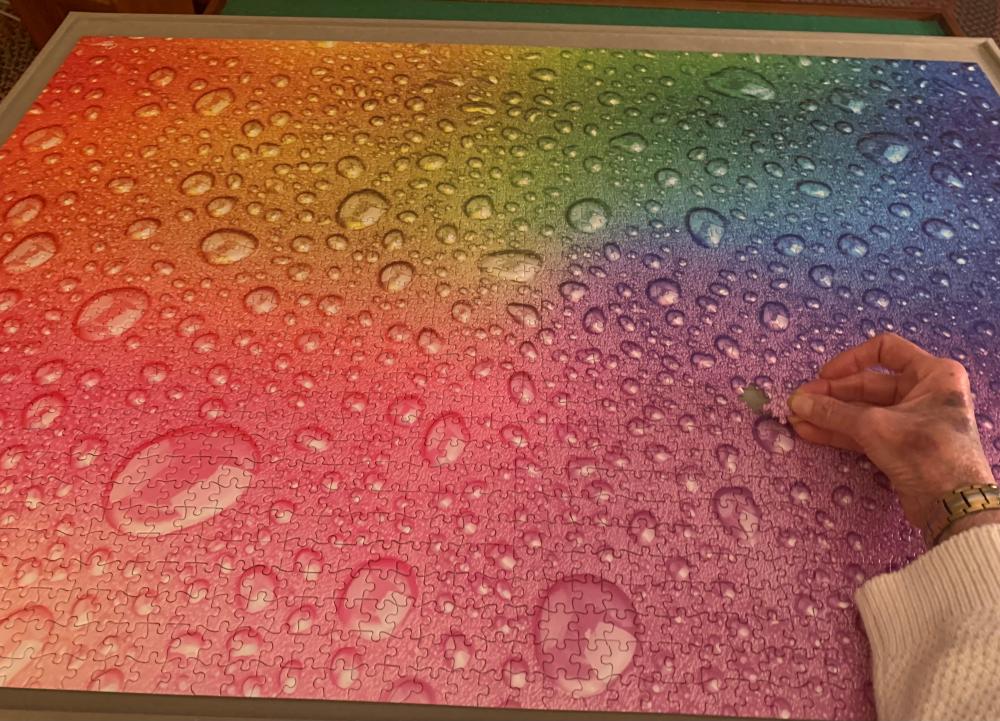 Sundays Creation was inspired by Joel’s (Bethany’s husband) aunt and uncle, Chuck and Mary Willers. They spend the summers in northern Minnesota. They posted a picture on FB of a pizza that looked and sounded delicious. So, I decided to try and recreate it. 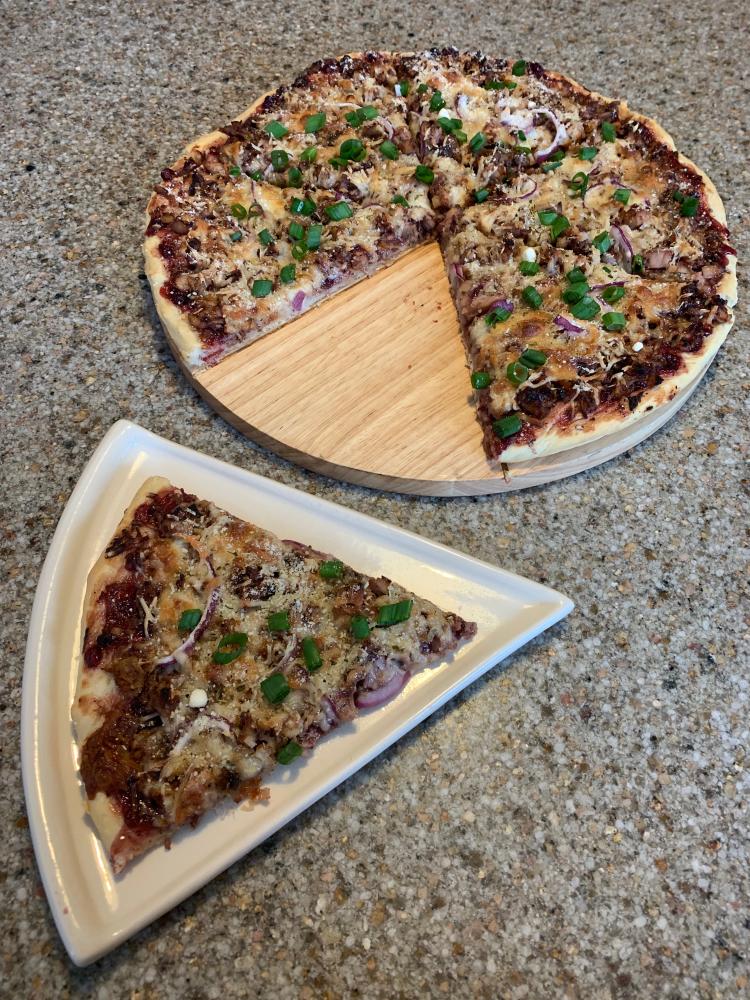