Wow, friends…I can’t believe it has been six weeks since I wrote a blog post. And three weeks since we returned from our 23 day vacation. We had an absolutely amazing trip…6 days across Canada (including 2 days on the Rocky Mountaineer luxury train), 10 days sailing the Inside Passage of Alaska and then 6 days in the interior of Alaska. The last two days we were in Fairbanks, 102 miles from the Arctic Circle.

Out of hundreds of photos, here are a few highlights… 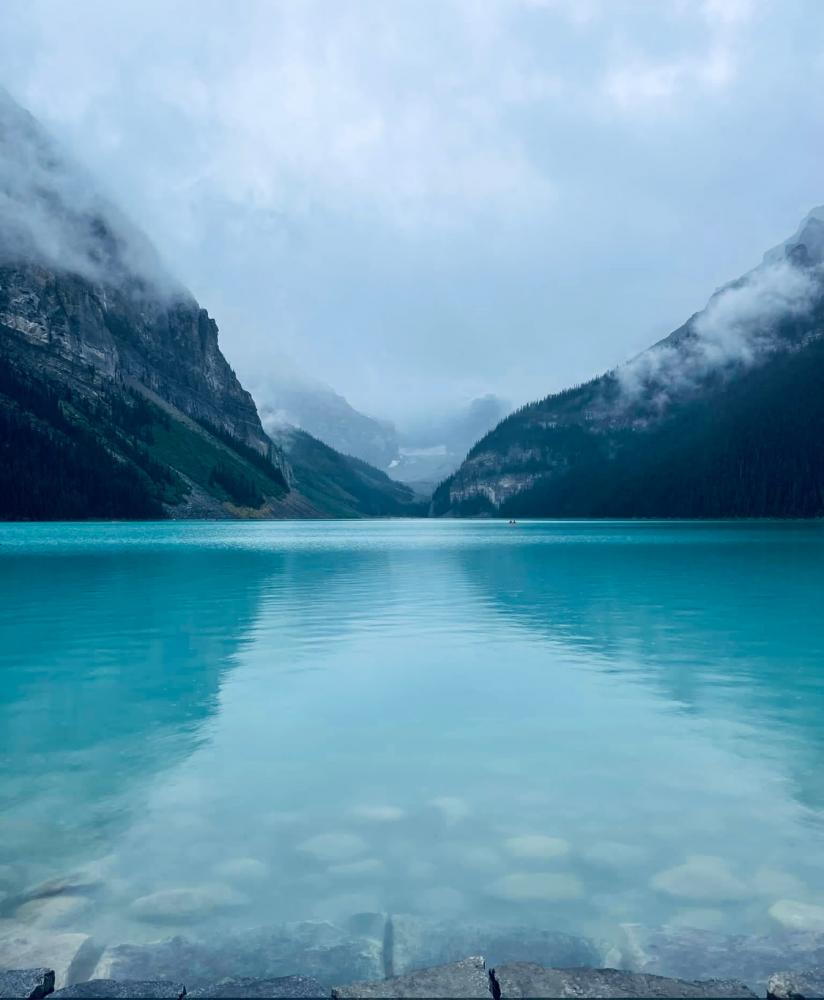 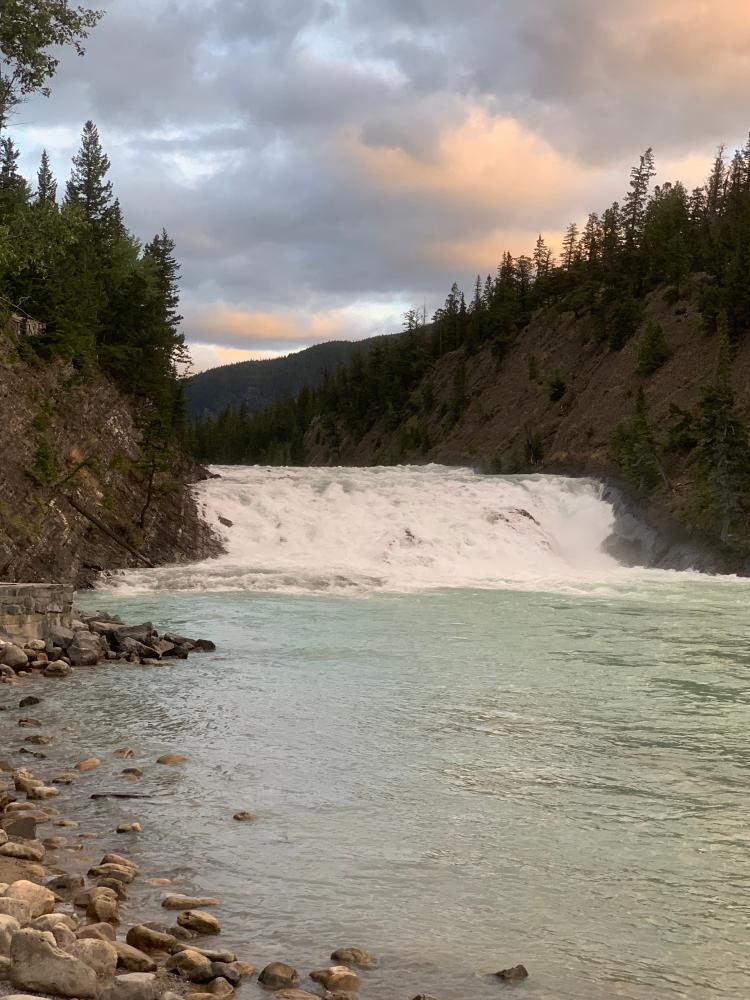 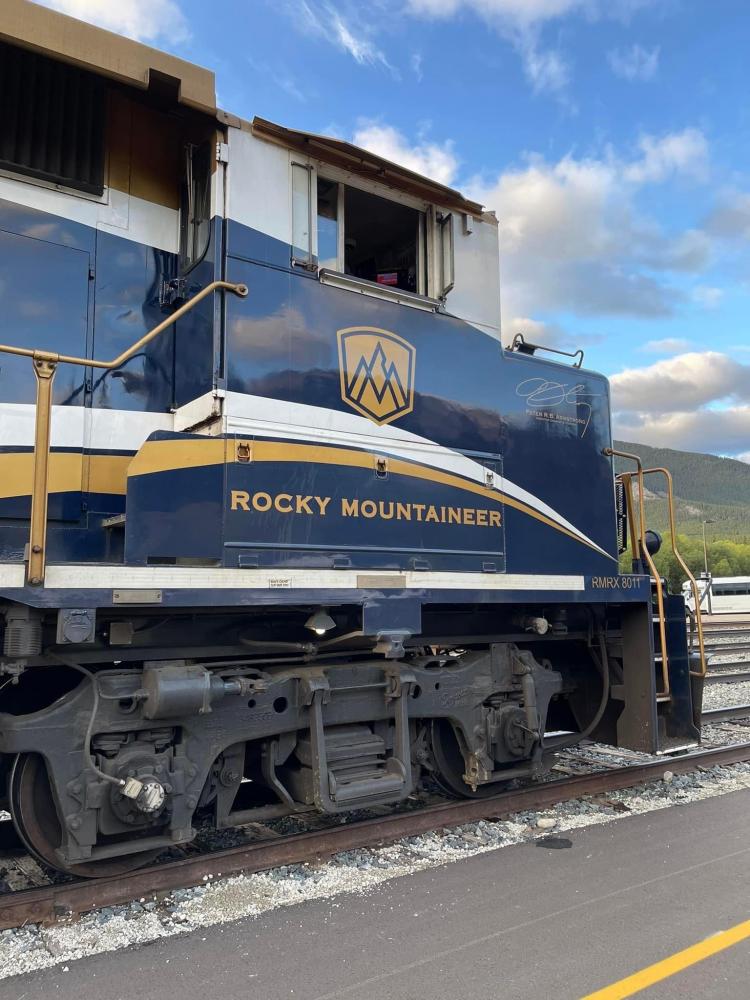 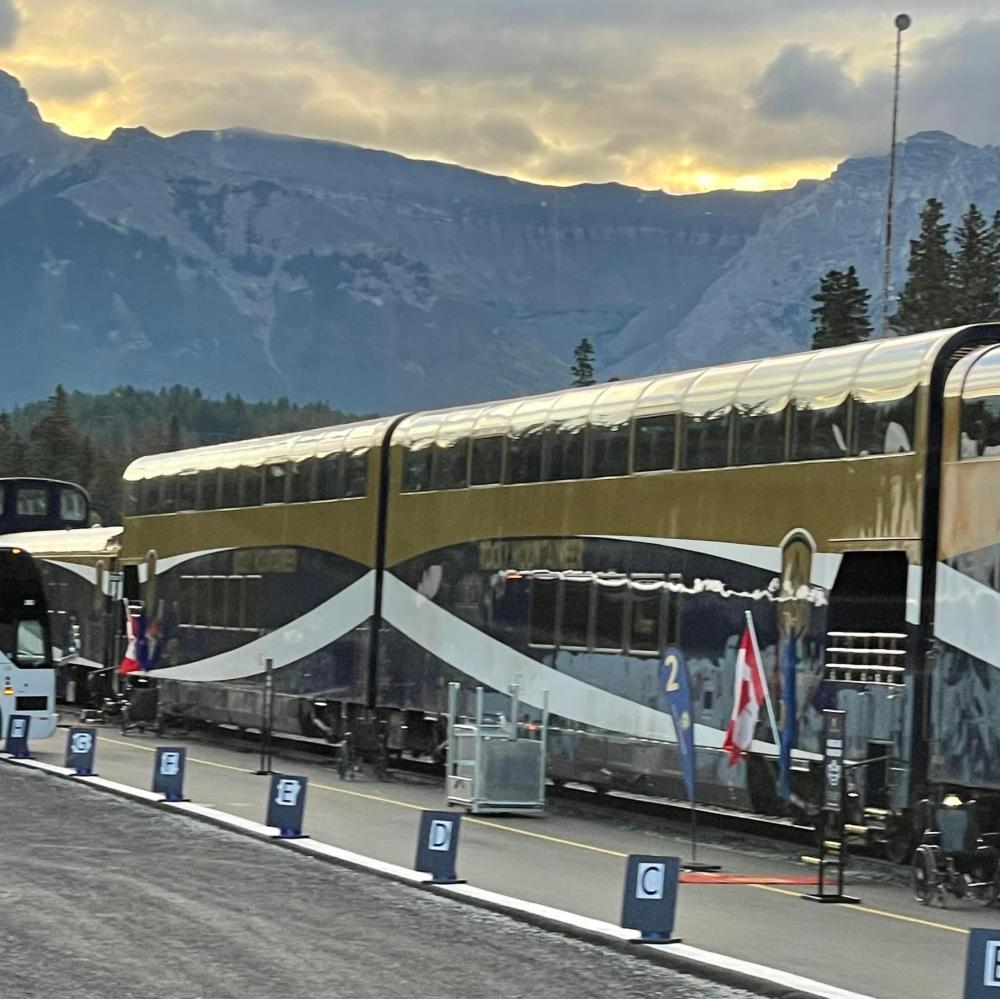 Pictures from the Alaskan Cruise: 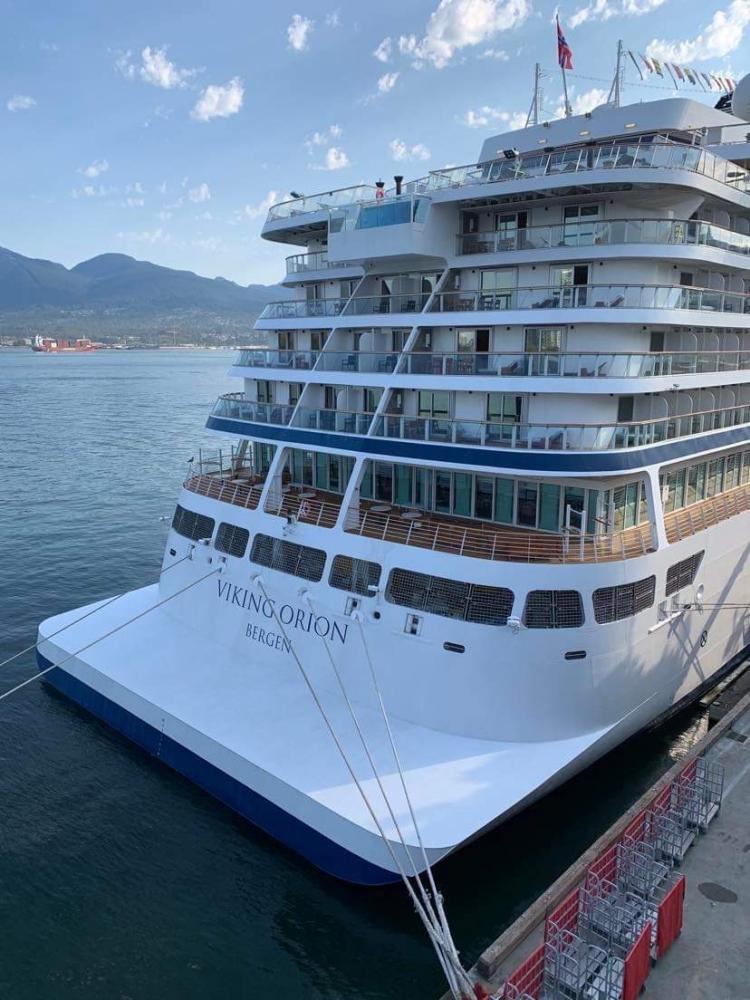 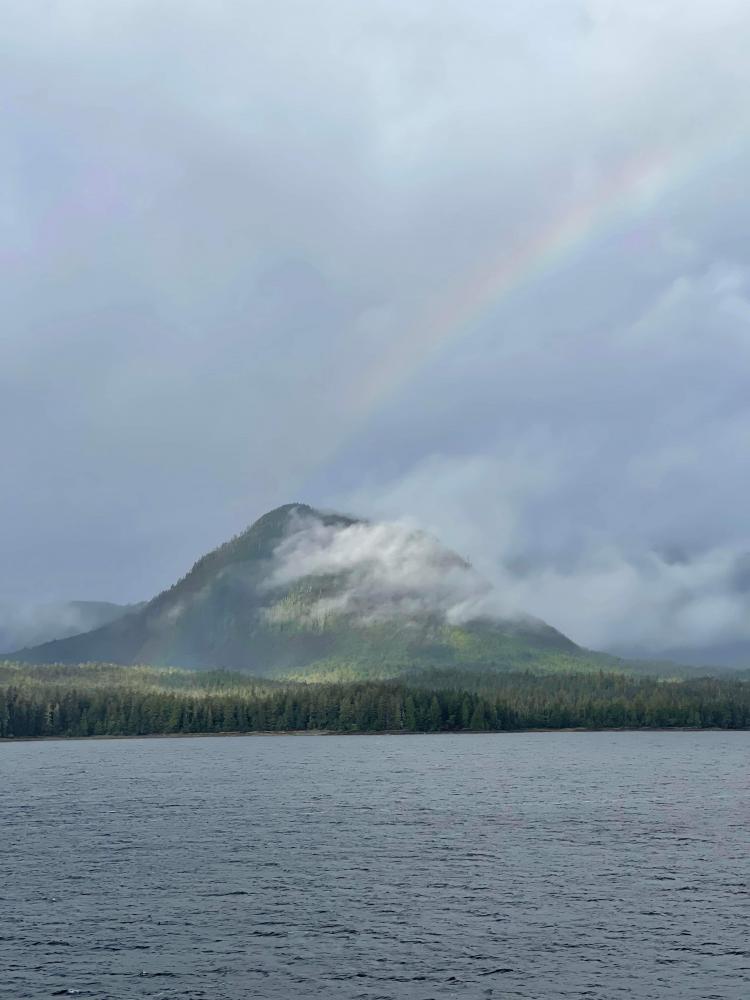 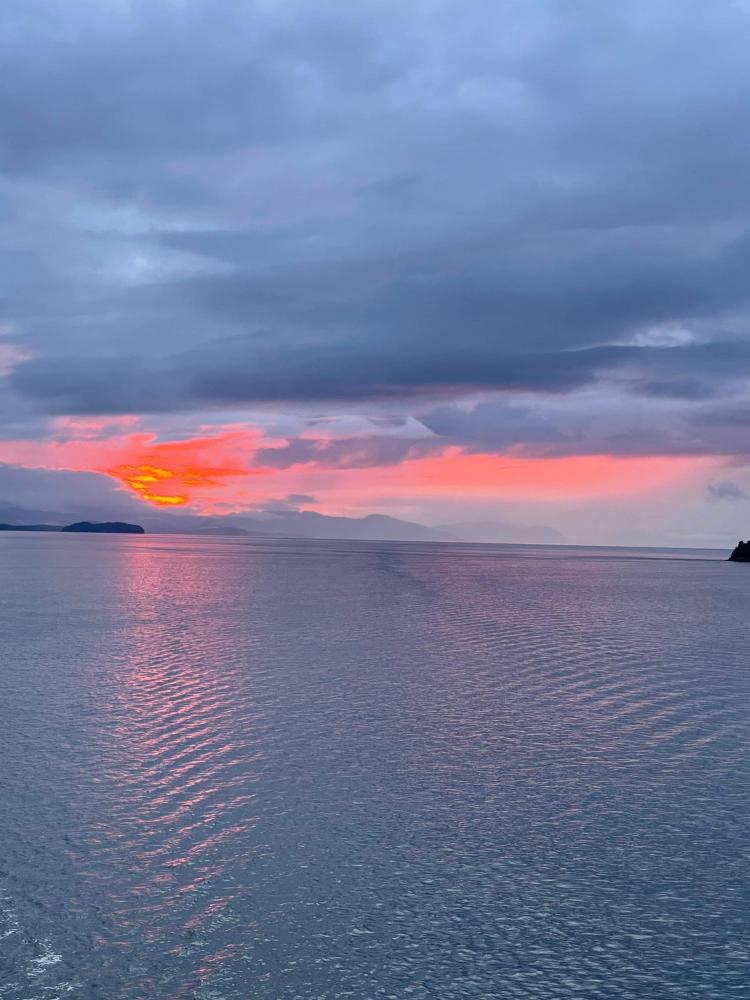 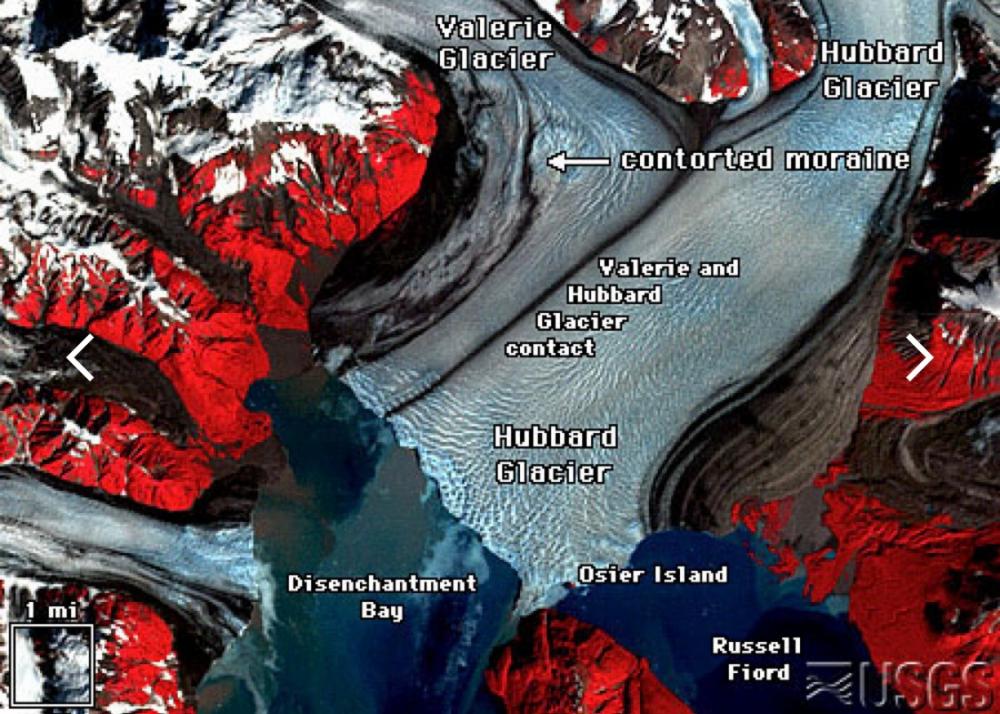 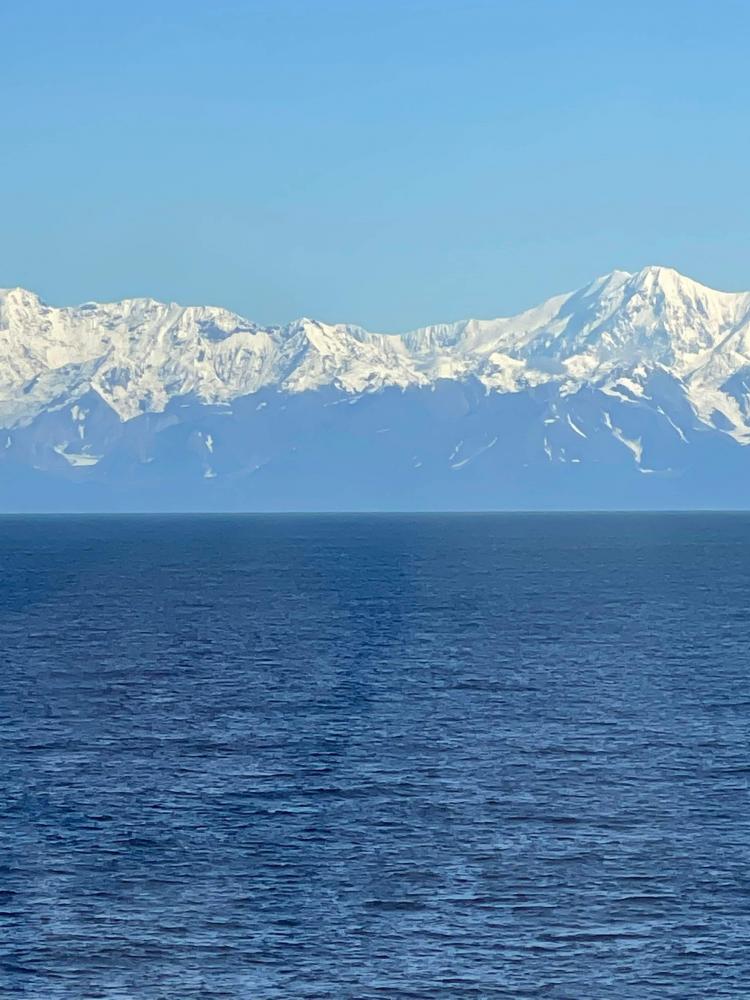 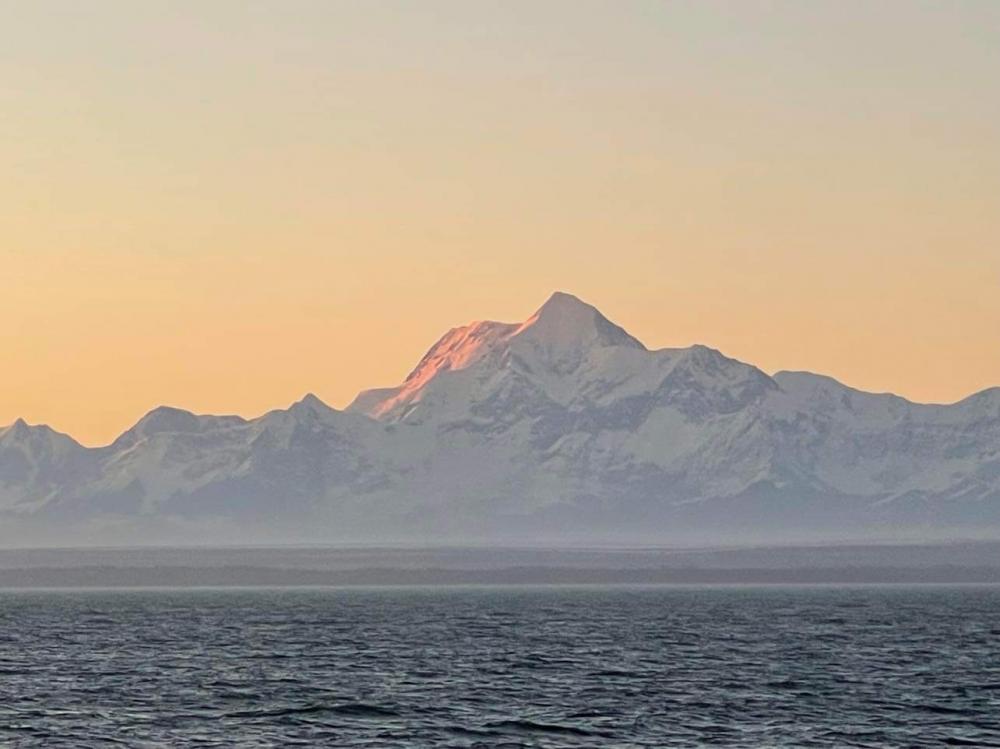 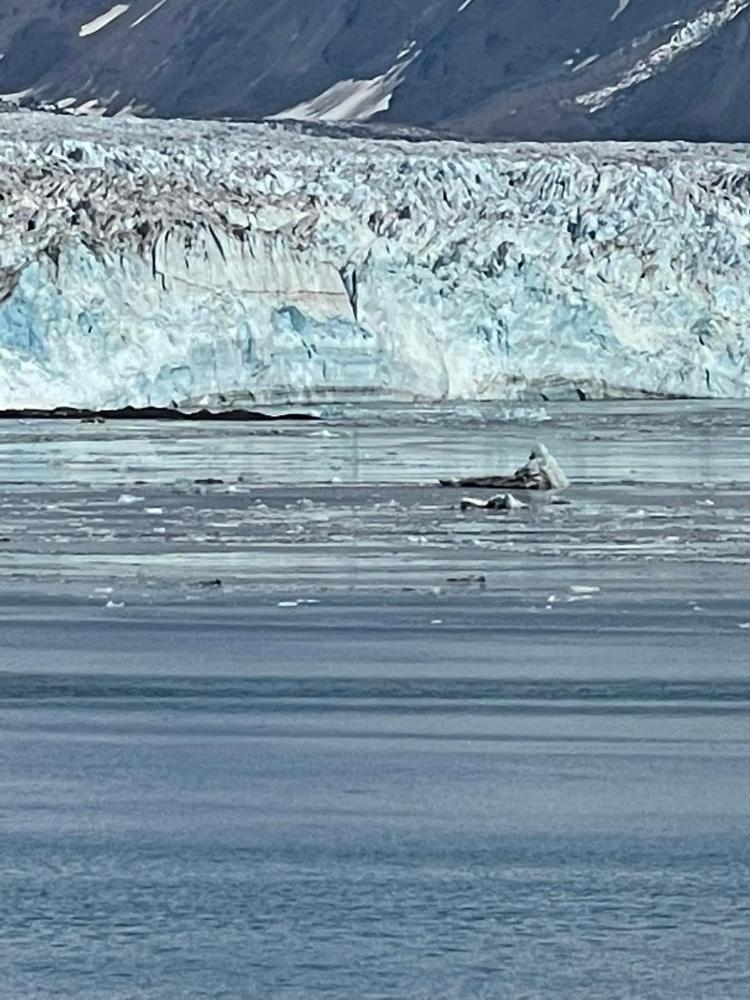 Pictures from the Alaskan Interior: 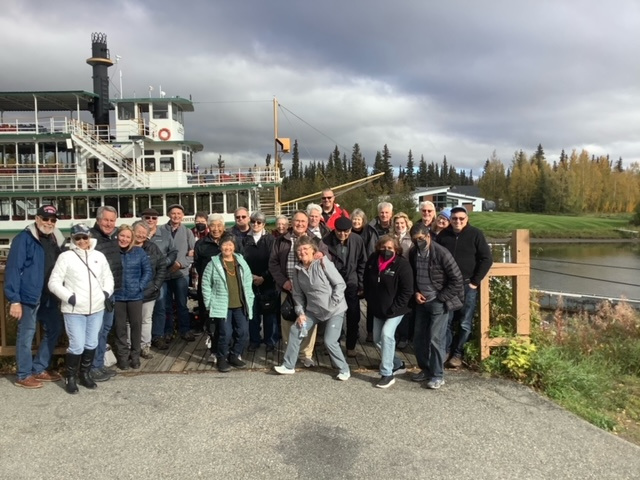 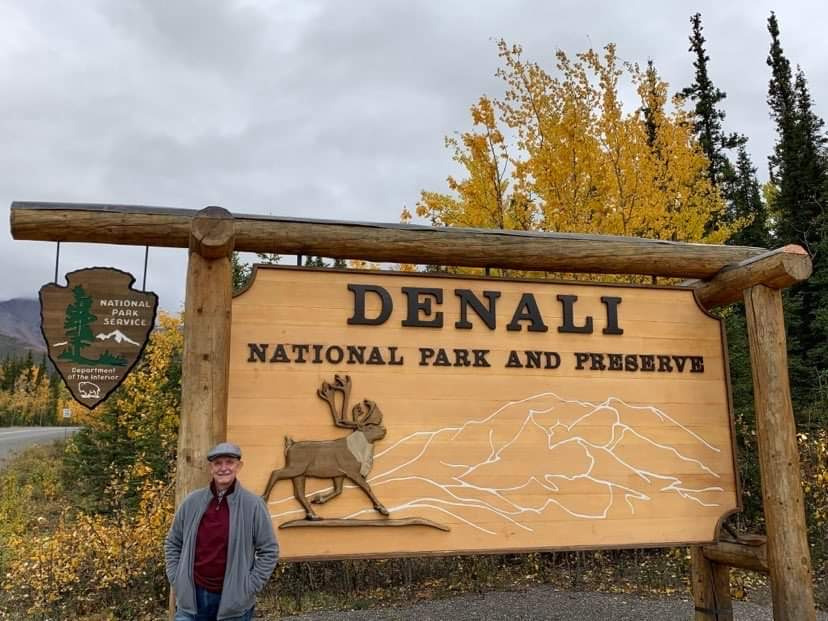 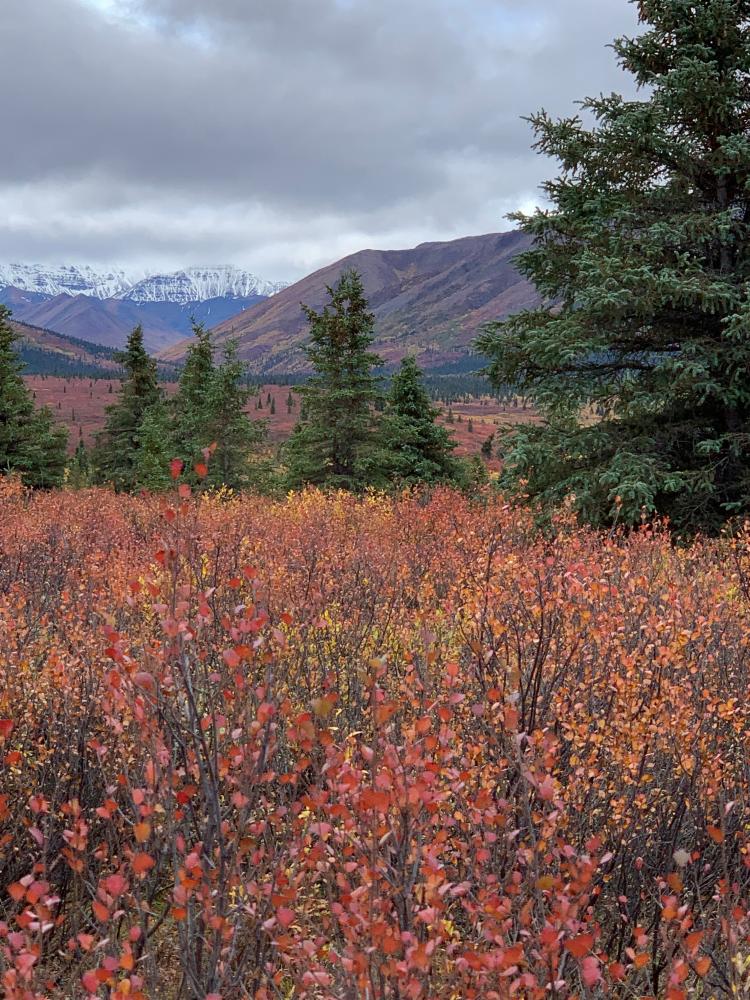 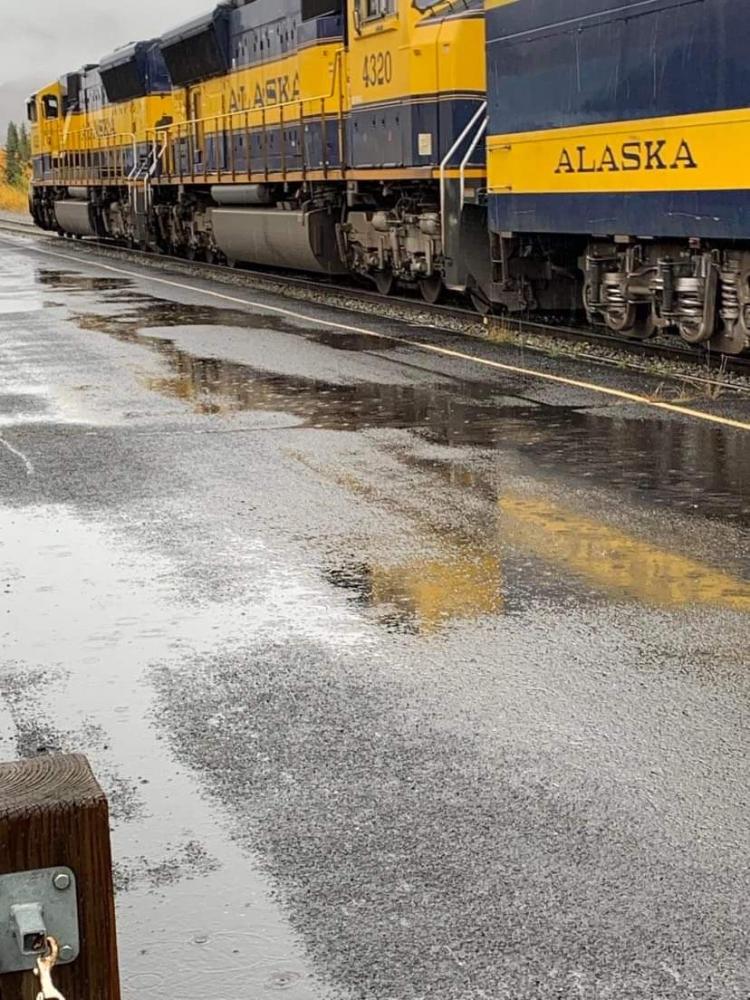 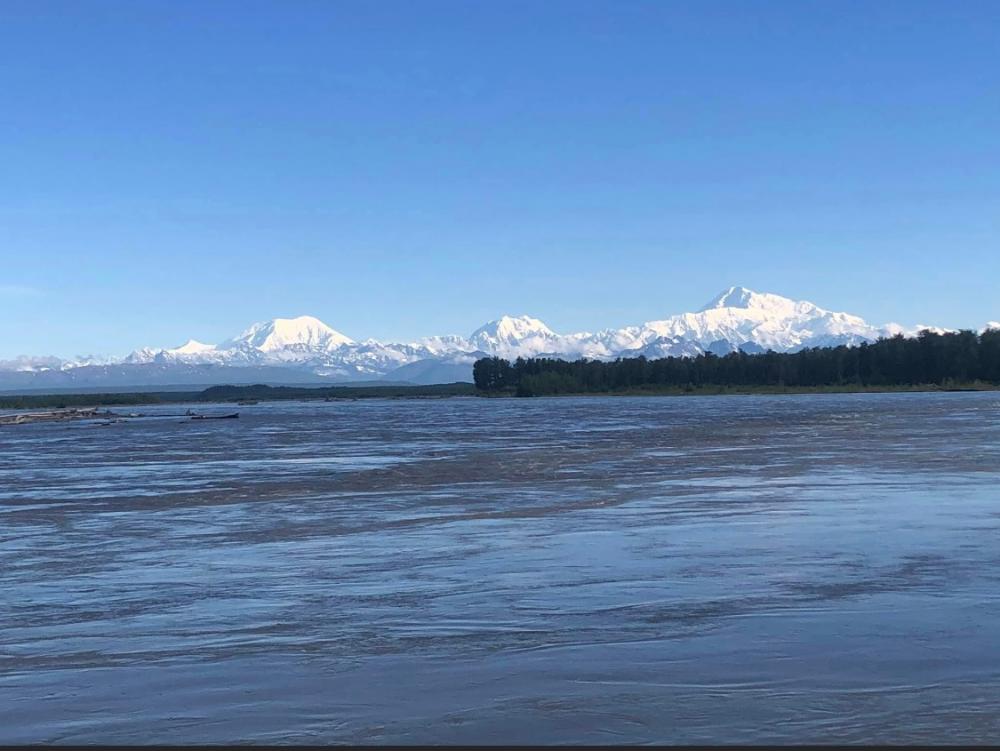 On day 22-23, the trip home was grueling: Fairbanks, Alaska ➡️ Seattle ➡️ Detroit ➡️ Des Moines…after being up for 24+ hours, 4,008 miles, four time zones…it was good to be back home! By the time we got home we needed a vacation to recover from vacation.

Unfortunately, I have had some health issues since we returned. I was supposed to have a total knee revision on October 6, but that has been postponed. Matthew and I had been preparing for my recovery by freezing some meals, including almost all of Thanksgiving. The Turkey is in the freezer, homemade cranberry sauce, green bean casserole, sweet potato casserole, a pie crust and even the pumpkin pie filling.

We have been busy with other things as well… 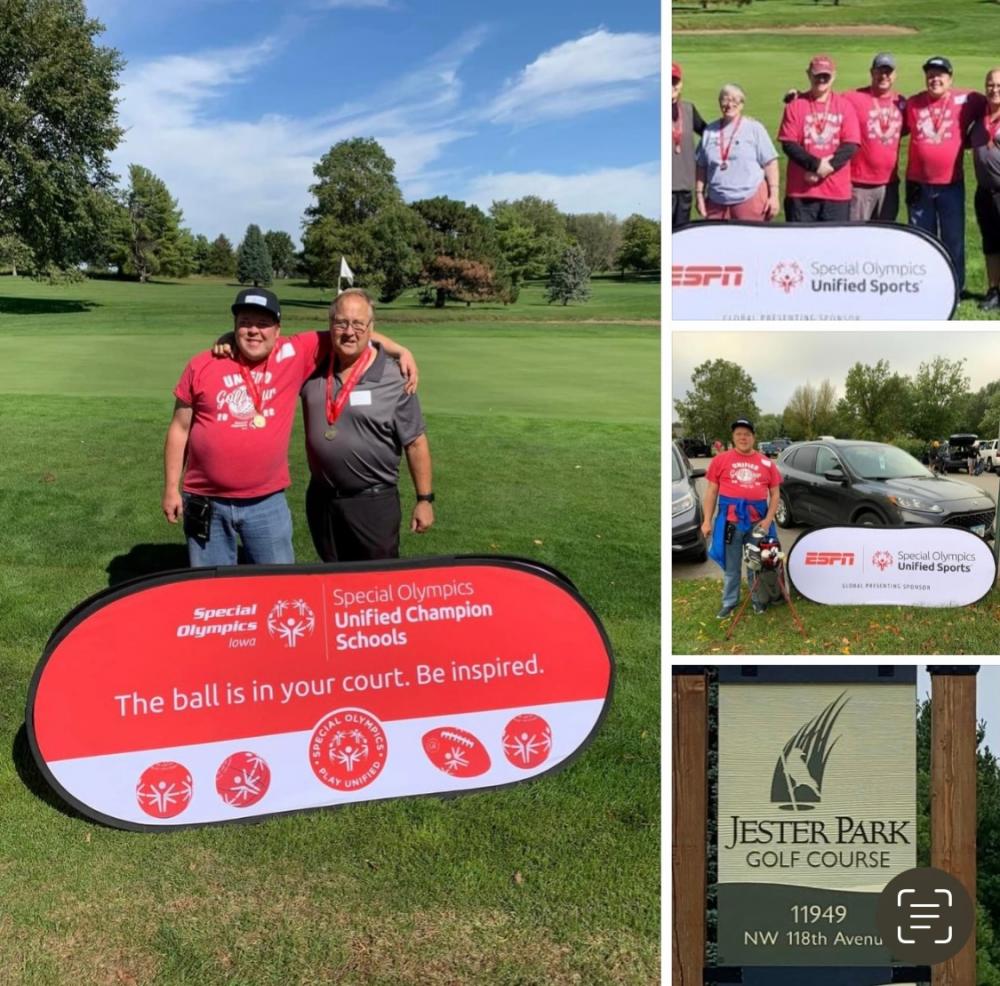 Monday (September 26) in the Kitchen with Matthew: Tomato Basil Pie…just about the last of the basil and tomatoes topped with garlic, mozzarella, Parmesan and Mayo. Despite the fact that I couldn’t find my pie weights, so my crust shrunk, it tasted delicious. 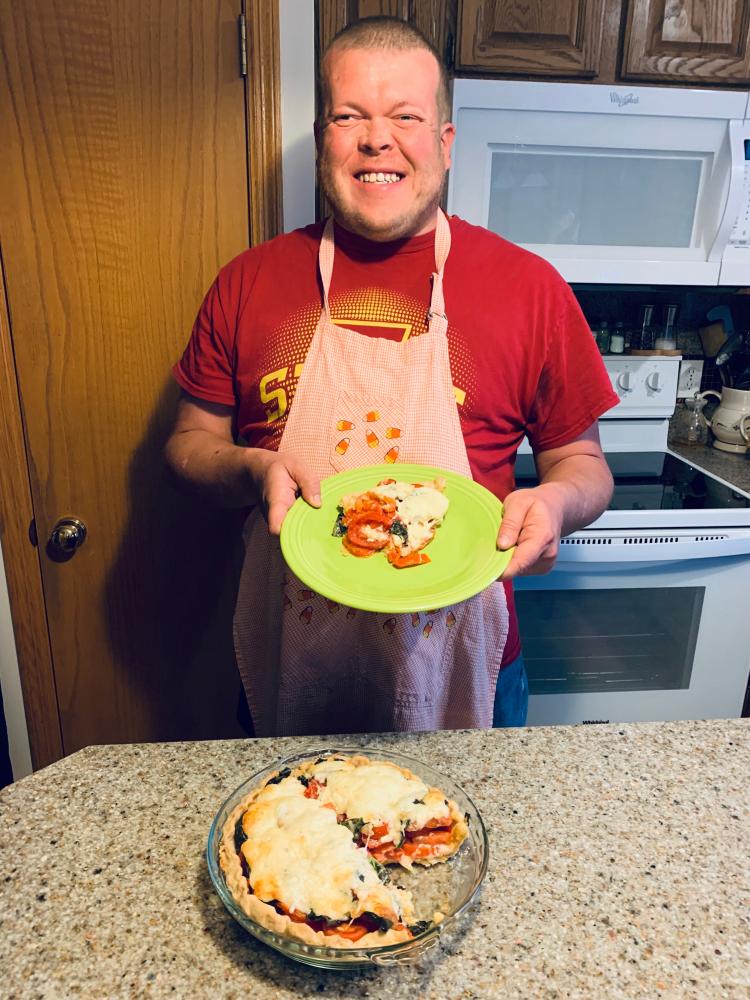 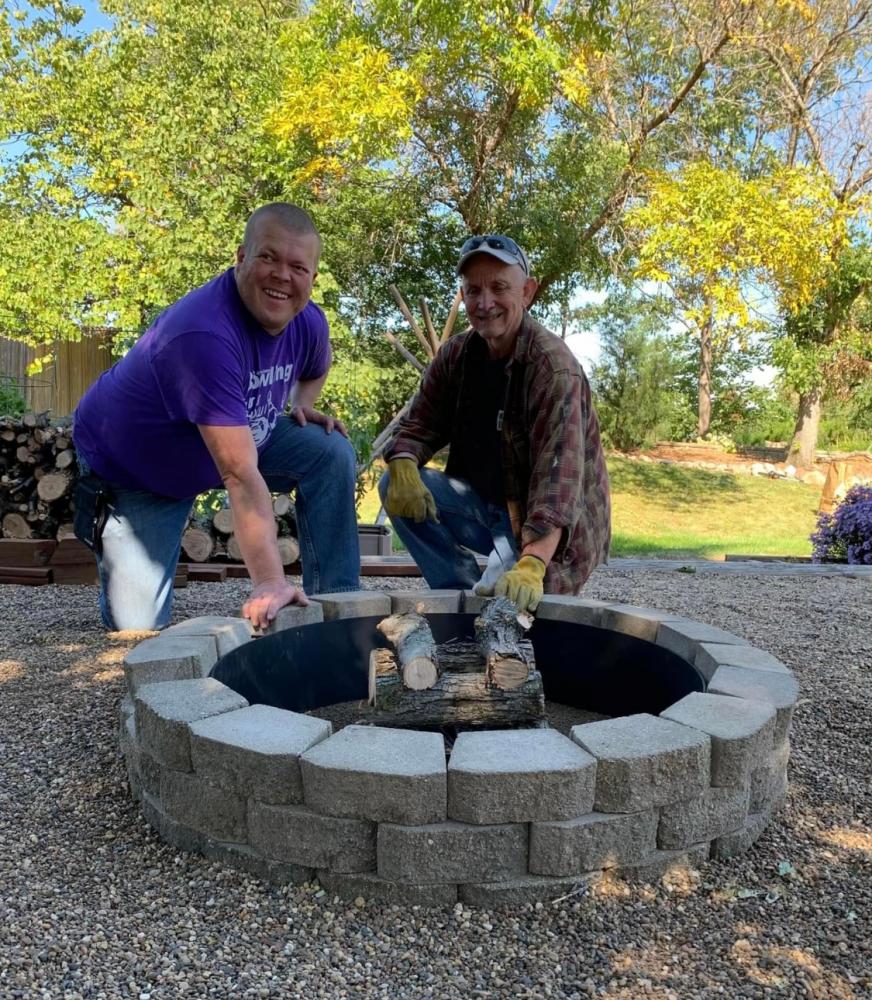 Sunday October 2nd: Pumpkin Harvest Party…A fun time with hot dogs, s’mores, apple cider and sparklers! Unfortunately, due to the heat and draught this summer there were only two pumpkins from seven plants. And, one of the two had rotted on the bottom. So, the kids put the rotten one on the hill to feed the squirrels. And then…they discovered the ‘Great Pumpkin’ had hidden two pumpkins. 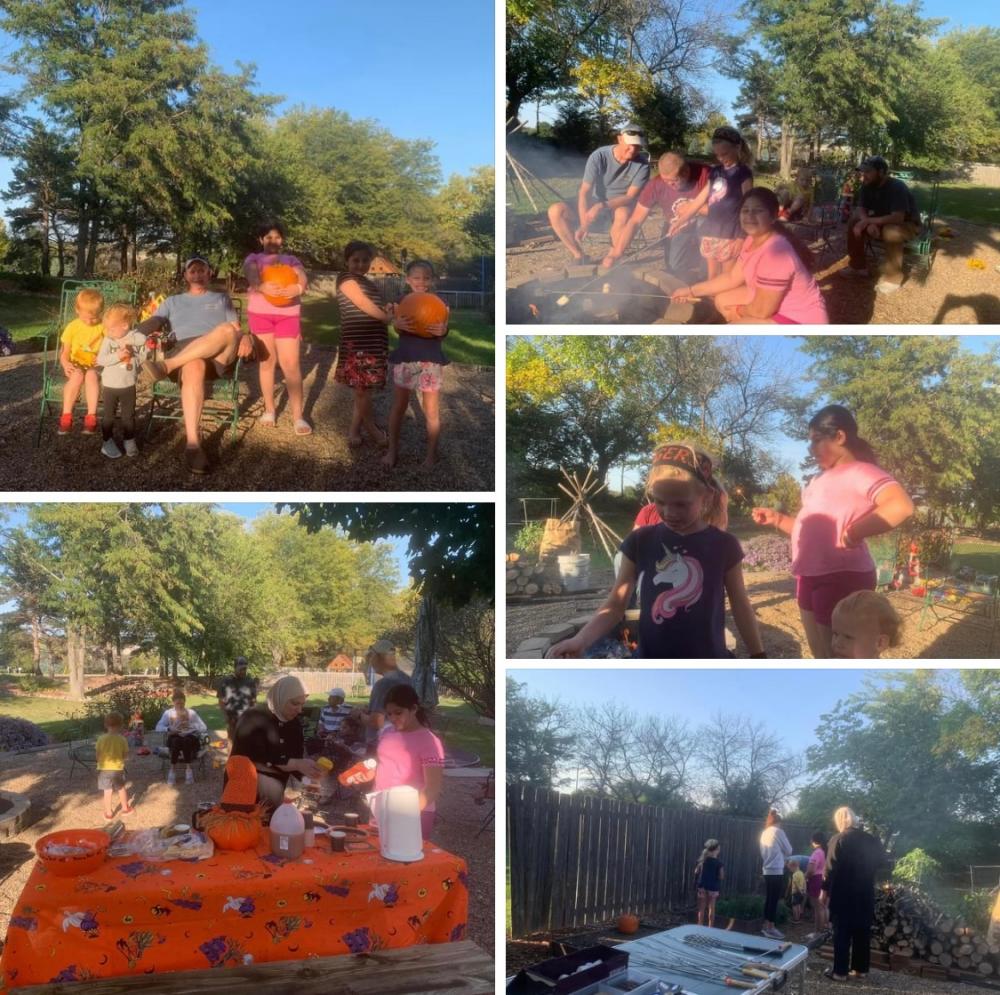 Thursday October 6th: Over the Fire Pit with Matthew…This Eagle Scout’s award-winning chili tastes even better over an open fire. 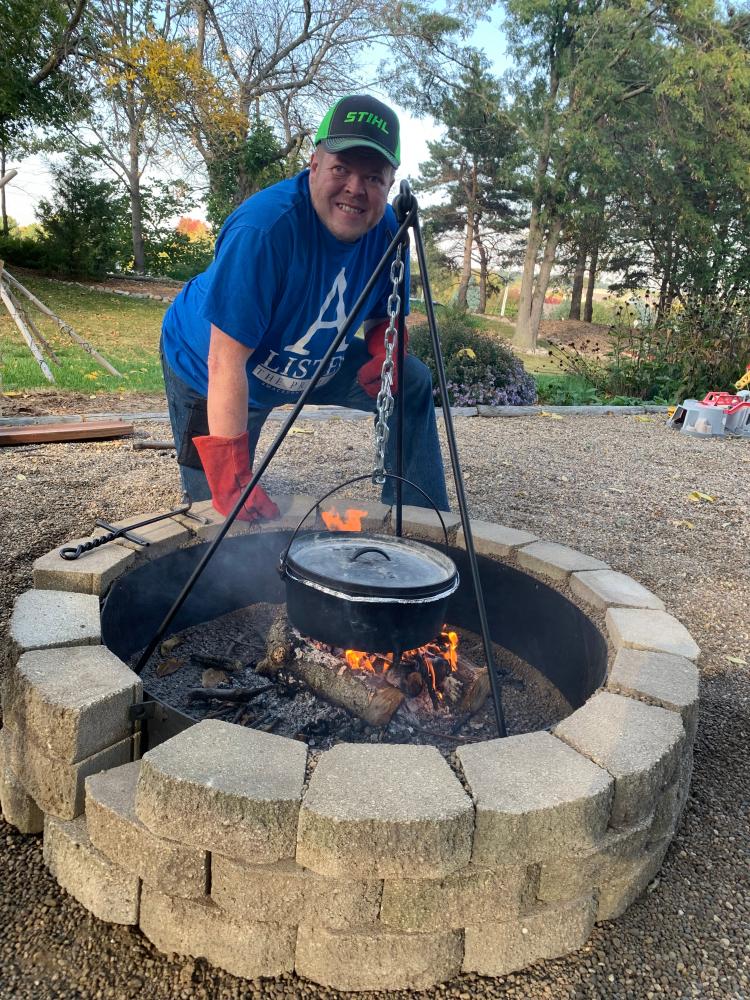 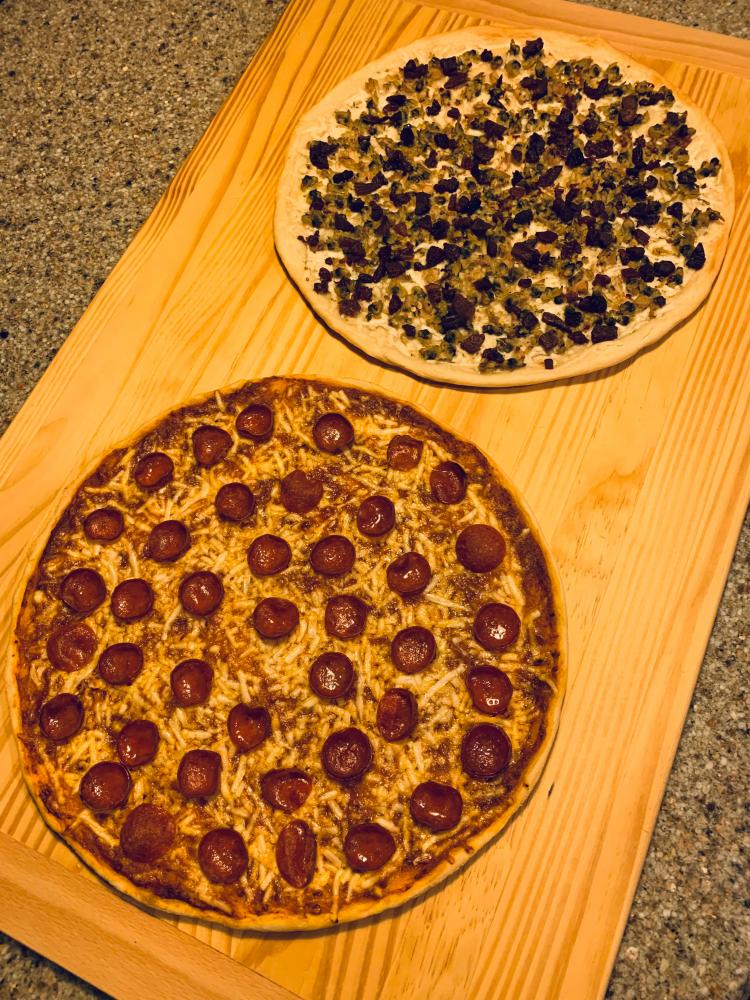 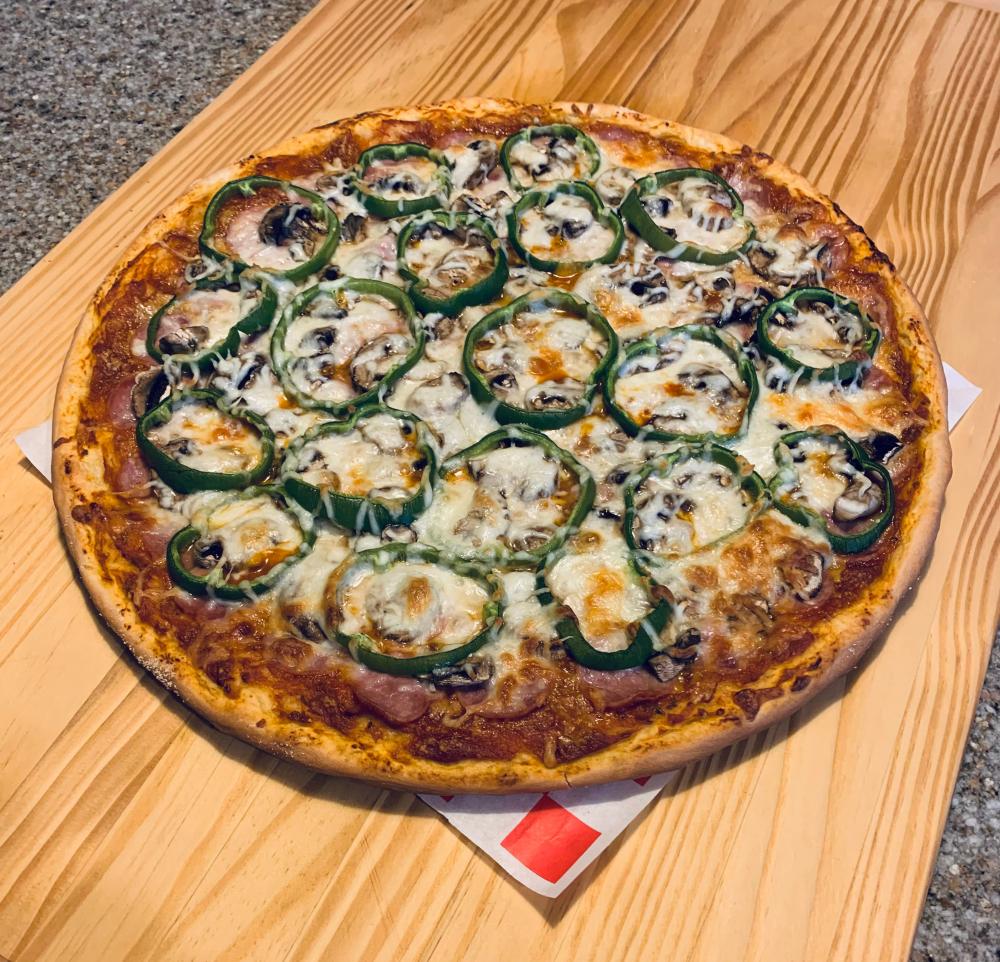 October 1st, Birthday Pizza: My hubby celebrated a BIG one with his favorite…Detroit Style with oregano, pepperoni, mozzarella, green peppers from the garden, Cup ‘n Crisp pepperoni and the three traditional racing stripes of homemade sauce on top. 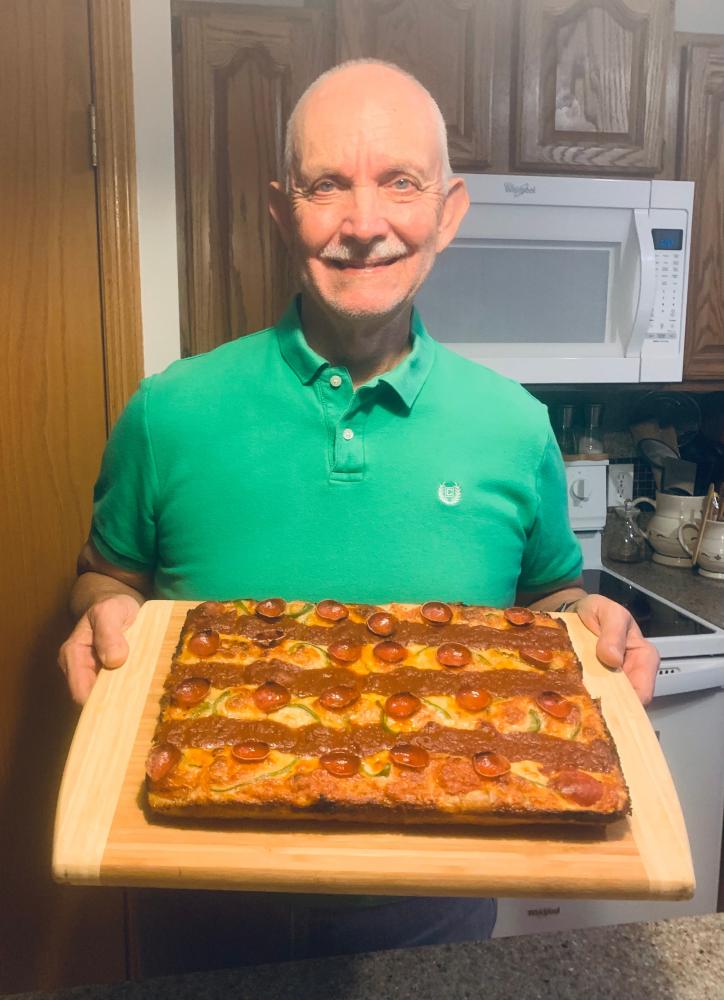 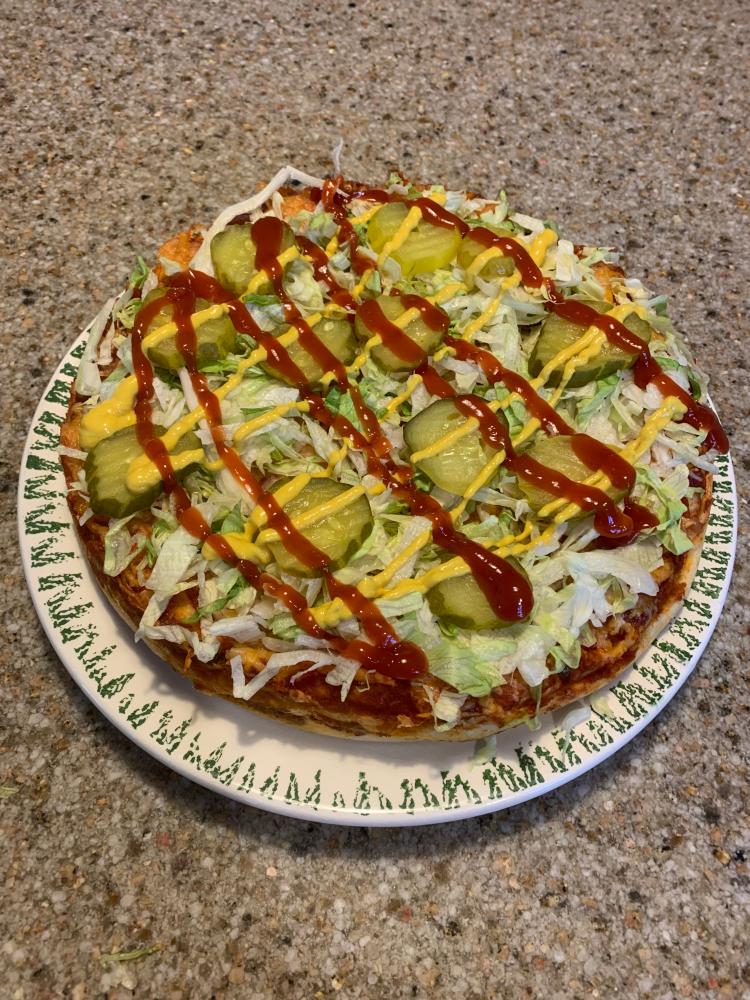 Friday (October 7th) Pieday: Copycat New England Greek Style Pizza (George’s Pizza House on the Cape)…the crust is airy & light on the inside (like focaccia, but not as thick) and crispy on the bottom & edges. It is topped with oregano, homemade sauce and a blend of white cheddar, mozzarella and Parmigiana cheese. 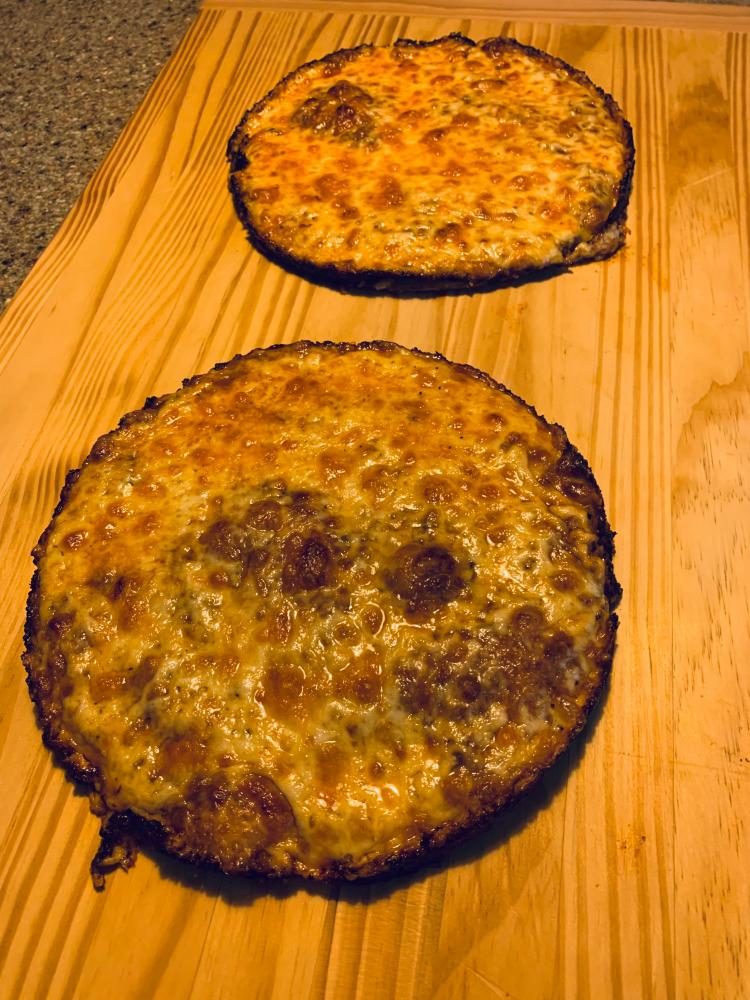 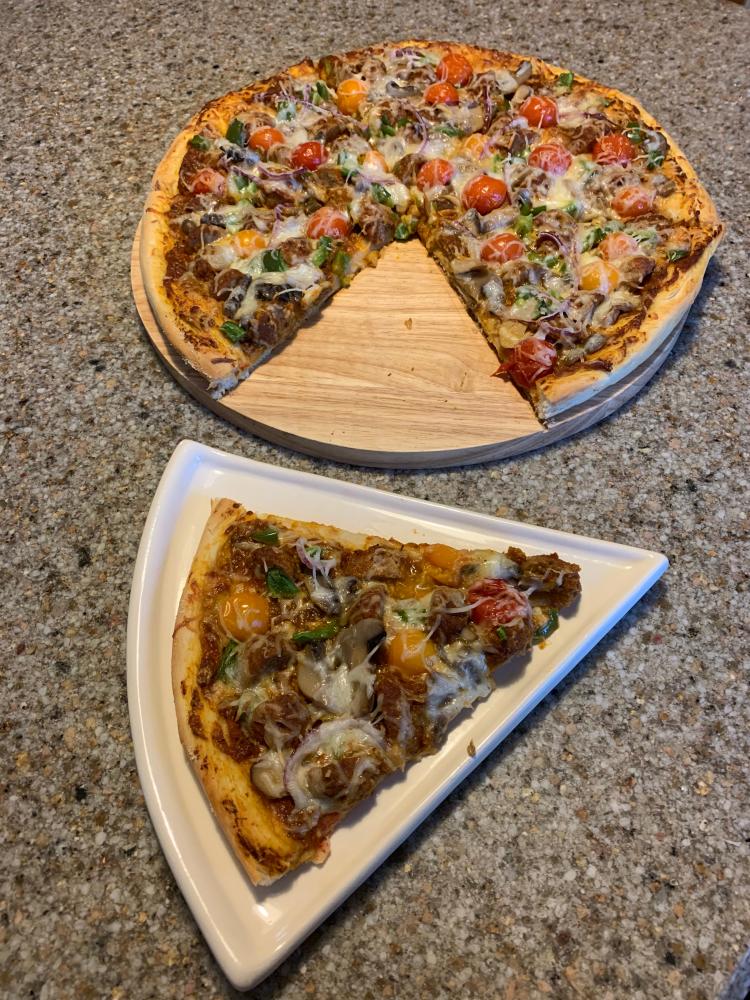 Whew, I think I’m all caught up now.

So, I will see you next week!