Fat Tuesday…Shrove Tuesday… Mardi Gras…it’s all the same. It is the day before Ash Wednesday, which marks the beginning of Lent.

Almost thirty years ago we were in New Orleans for Mardi Gras. It is a crazy fun time with music, parades and of course, Creole food and King Cake.

King cake in New Orleans is topped with icing or sugar, colored to show the traditional Mardi Gras colors of purple for justice, green for faith, and gold for power. You can learn more about that here.

Our celebration of Mardi Gras was very quiet by comparison, but we did have some good food…

Tuesday In the Kitchen with Matthew: We decided to make Okra Creole and King Cake. (That is NOT Matthew’s serving of King Cake, lol.) 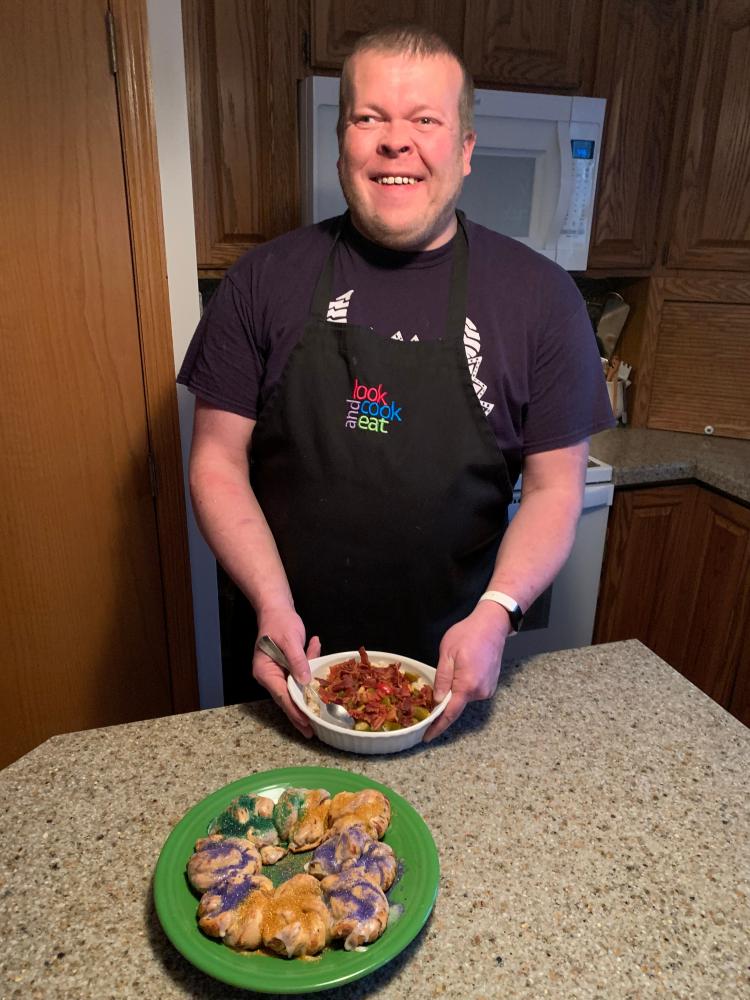 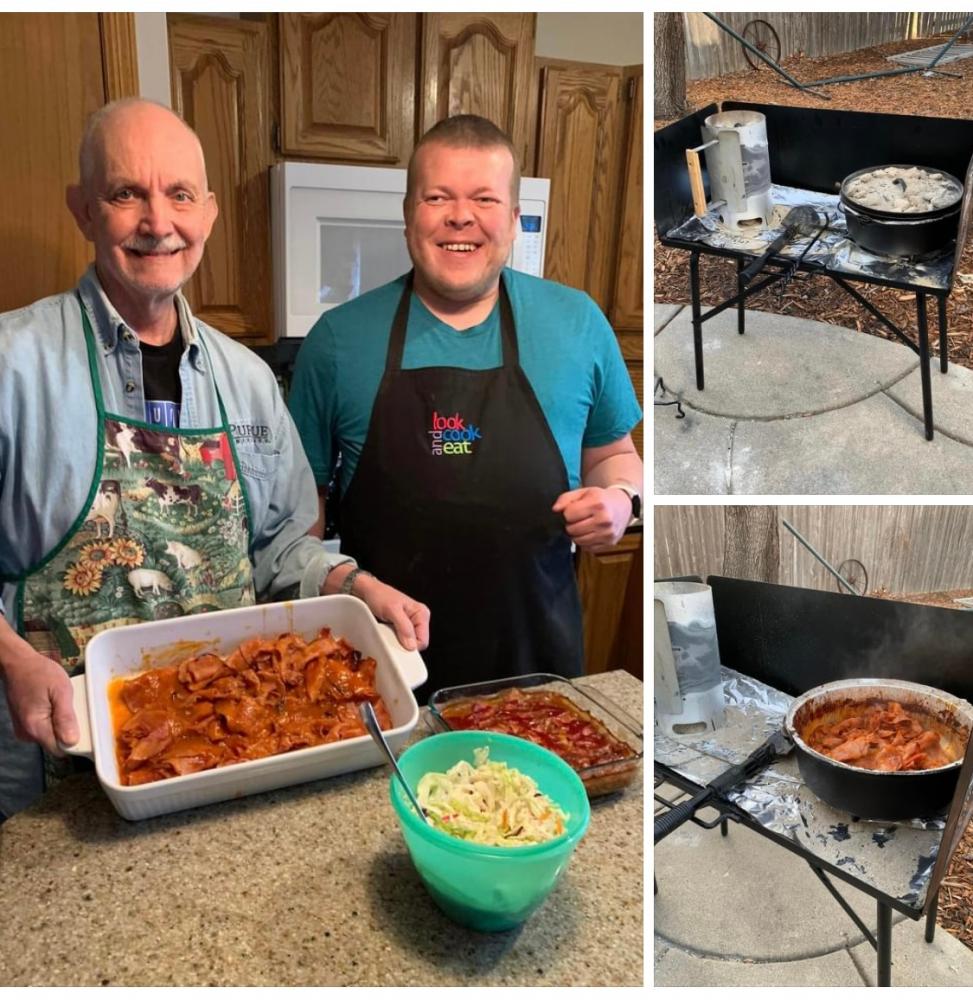 As I researched styles & variations of pizza, I was wondering if there is a Des Moines style pizza. Unofficially, the answer is no. I began to question, if there was, then what would it be.

In my opinion, it wouldn’t matter the type of crust. But a Des Moines Style Pizza would include local ingredients.

For starters, the sauce. Gino’s Restaurant opened in 1966. For over 50 years it was an Italian favorite in Des Moines. But after Gino died, it closed in 2013. To keep his legacy alive, his family switched to food production. Gino’s Pizza Sauce definitely tops my Des Moines style pizza.

Walk into almost every local pizzeria in the Des Moines metro and you will find Graziano Sausage on the menu. In 1912, the Graziano Brothers opened an Italian grocery on the south side of Des Moines. In an area called Little Italy, it is still family owned and in the same building. Graziano sausage is definitely on my Des Moines style pizza.

And finally, a sprinkle of Ammazza Suocera is on my Des Moines style pizza. This spice was created by local chef Alessandra and a local spice store, AllSpice Culinarium.  In Italian, the name means kill your mother-in-law. It definitely adds a little kick to whatever you sprinkle it on.

So, here is the debut of my Des Moines Style Pizza… 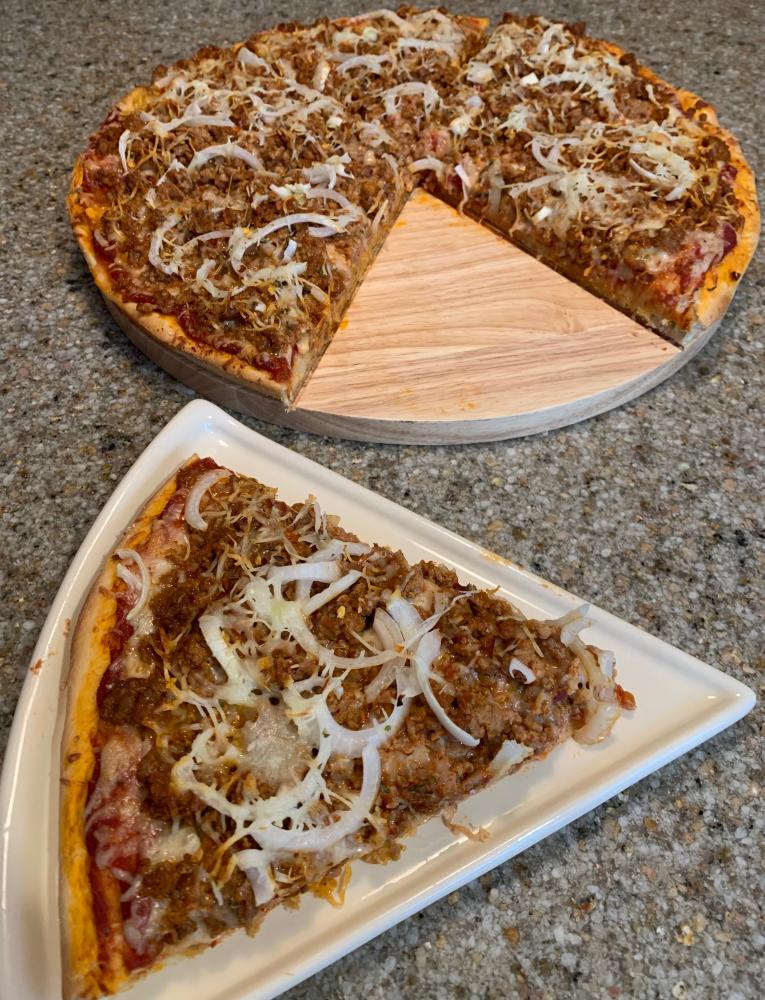 Leftovers in the fridge inspired this one… 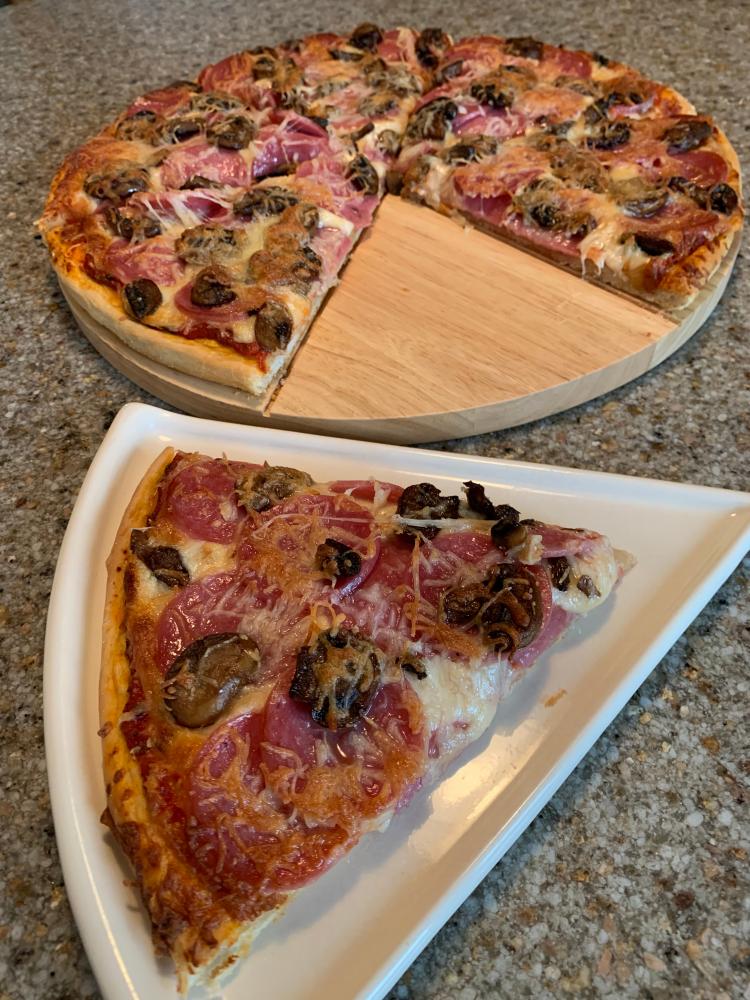