Did you know that about one in every eight Americans will eat a slice of pizza on any given day, according to a United States Department of Agriculture (USDA) report. Just curious, are you eating your share?

You may have heard of Mount Vesuvio which is a volcano near Naples, Italy.

You may have watched The Simpsons, an American adult animated sitcom, and seen the restaurant Vesuvius Pizza on Fast Food Boulevard with a volcano on the roof that erupted tomato sauce. (I must admit that I have never seen one of the 717 episodes.)

You may have heard of Vesuvio’s Italian Restaurant in Chicago, which started the trend of Vesuvio style pizza in the U.S.

But, have you heard of Pizza Vesuvio?

It originated near Naples, Italy and is half pizza-half calzone. The story behind the pizza is that it vaguely resembles the Gulf of Naples with the Vesuvius volcano in front of a sea of tomatoes and mozzarella.

Classic toppings for this style of pizza are salami, artichoke hearts, mozzarella and ricotta.

Due to a Winter Storm Warning for Friday (we received 10” of snow), we had pizza on Thursday so Matthew could stay home on Friday. 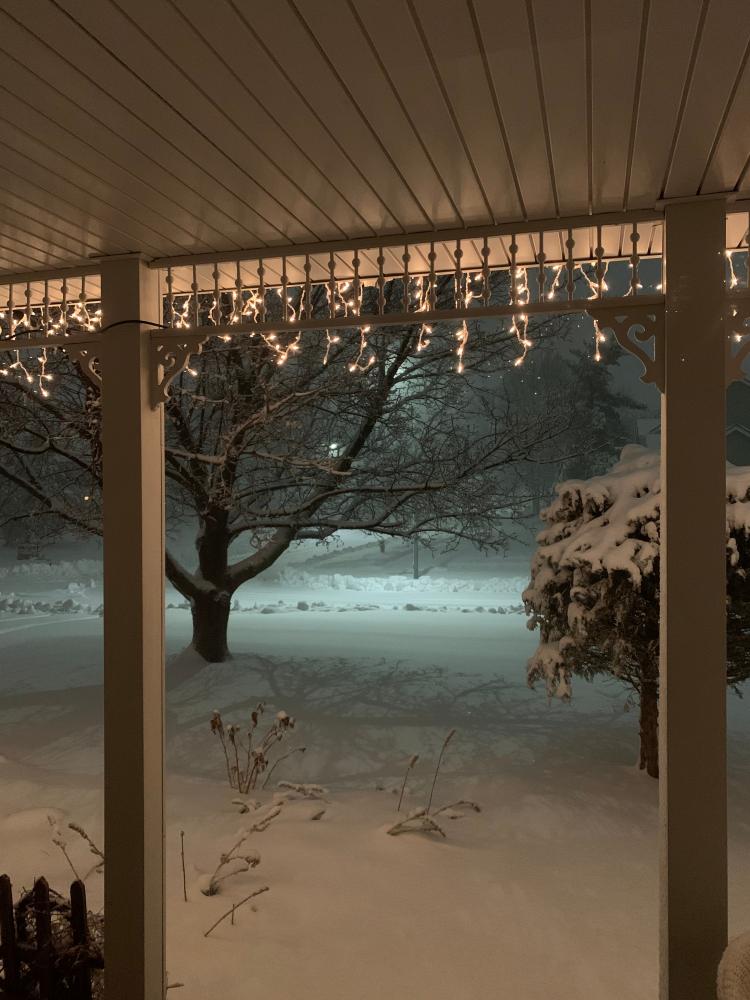 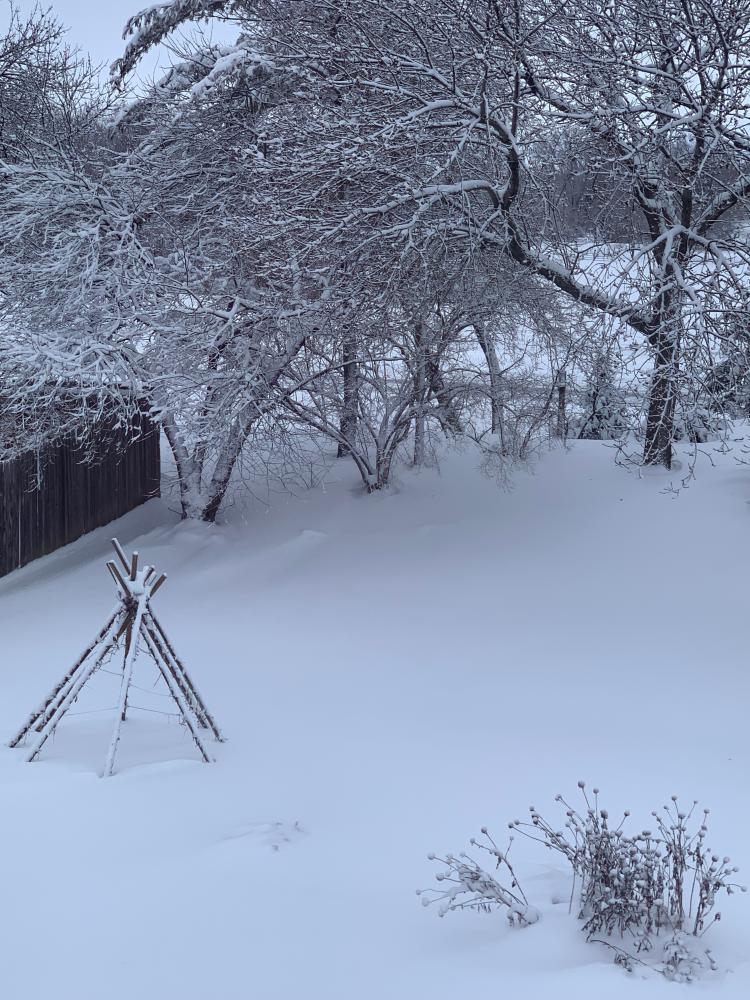 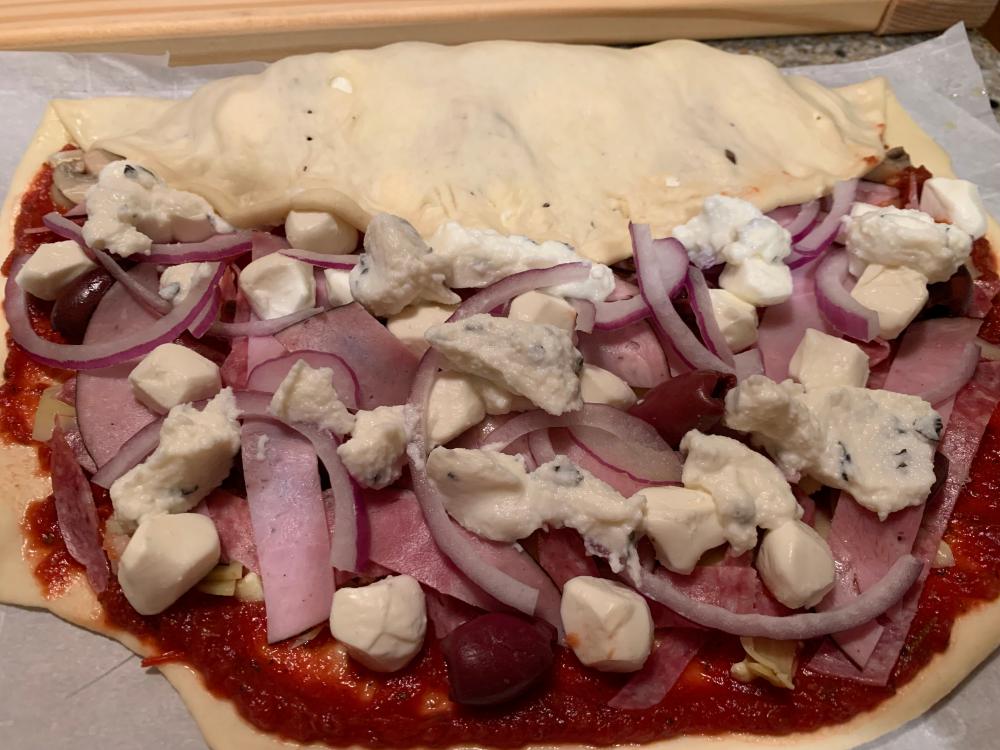 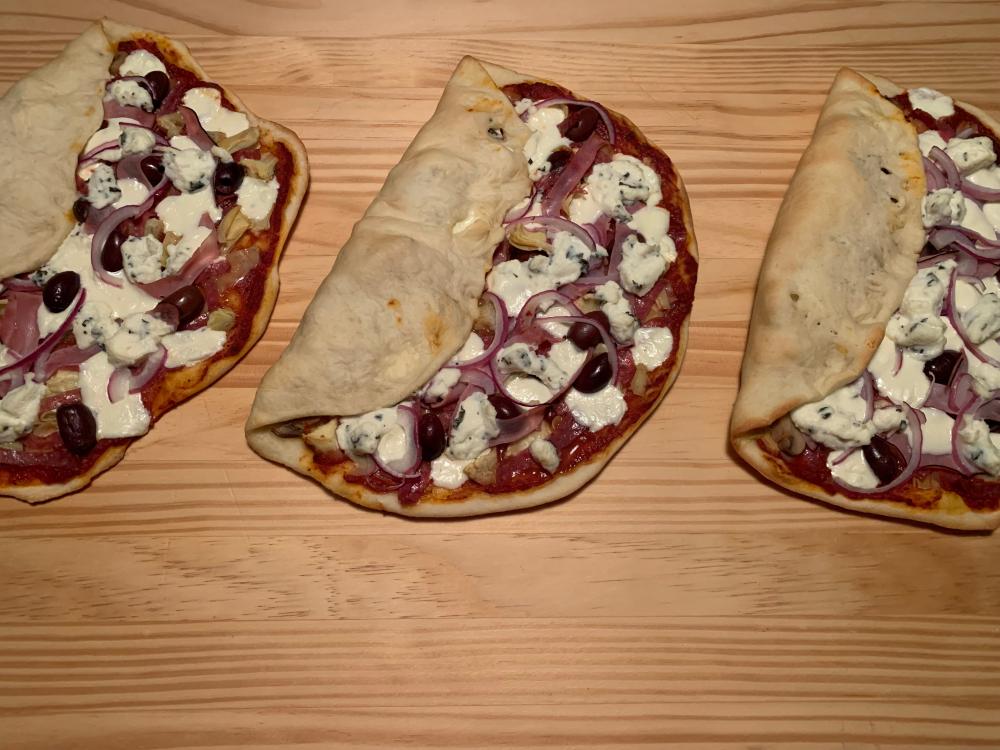 In the Kitchen with Matthew: On Saturday morning, Matthew and I tried our hand at making pasta again. We made fusilli, which is a corkscrew shaped pasta also known as rotini in the U.S. It needed several hours to dry before making dinner. 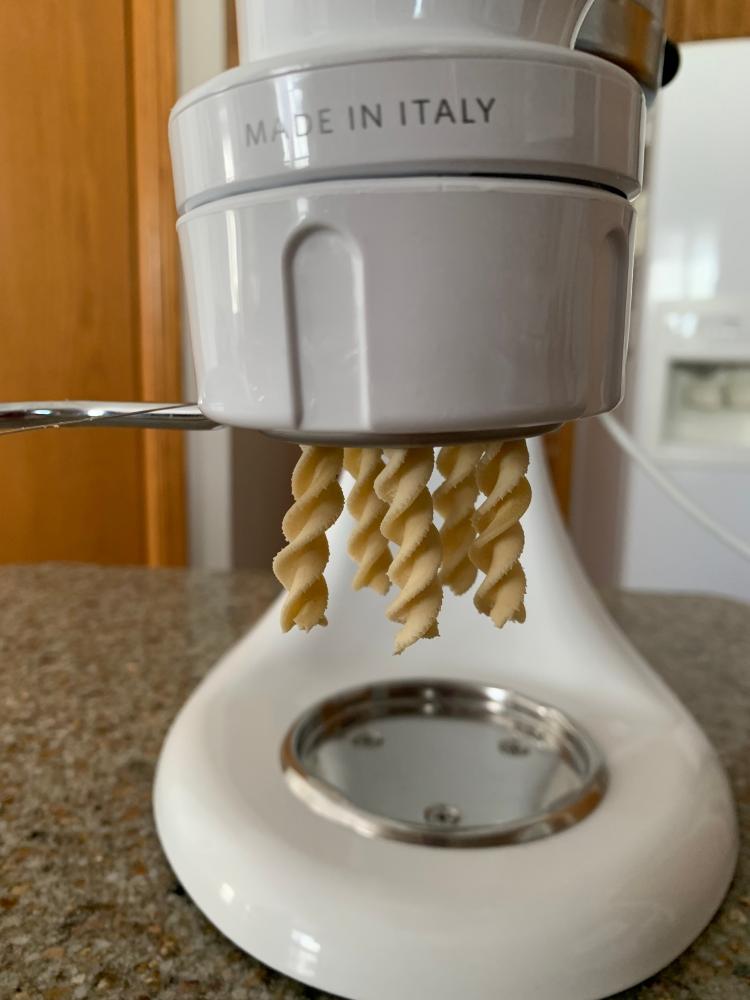 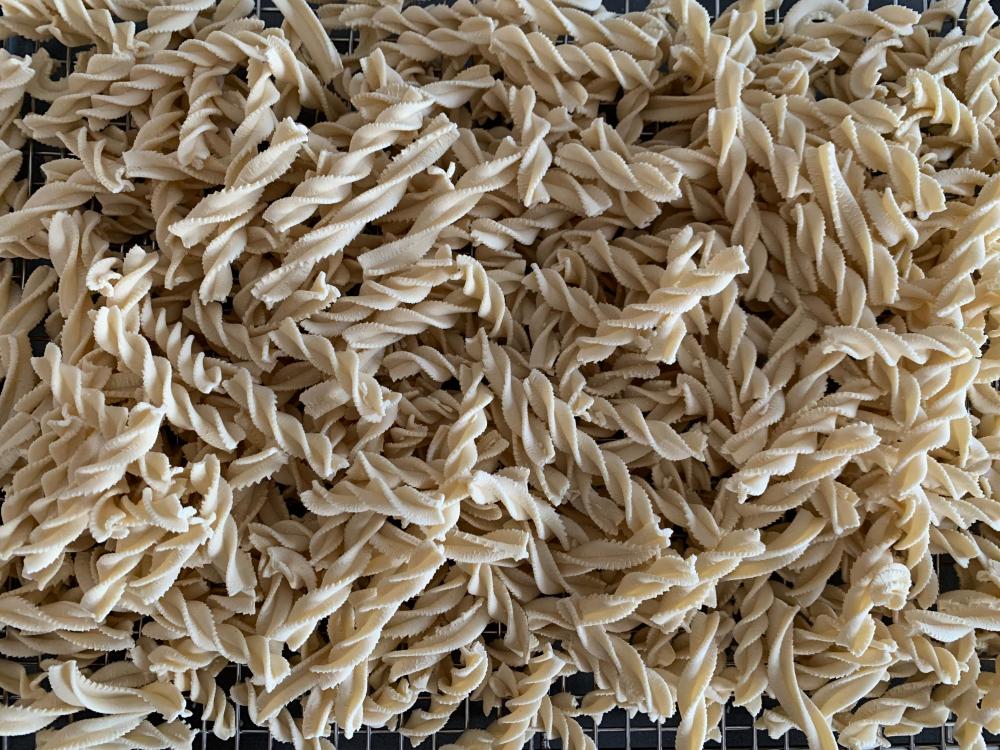 I spent Saturday afternoon fulfilling a birthday request from a friend. I made 4 large & 2 small Sour Cream Raisin Pies with homemade pie crust. 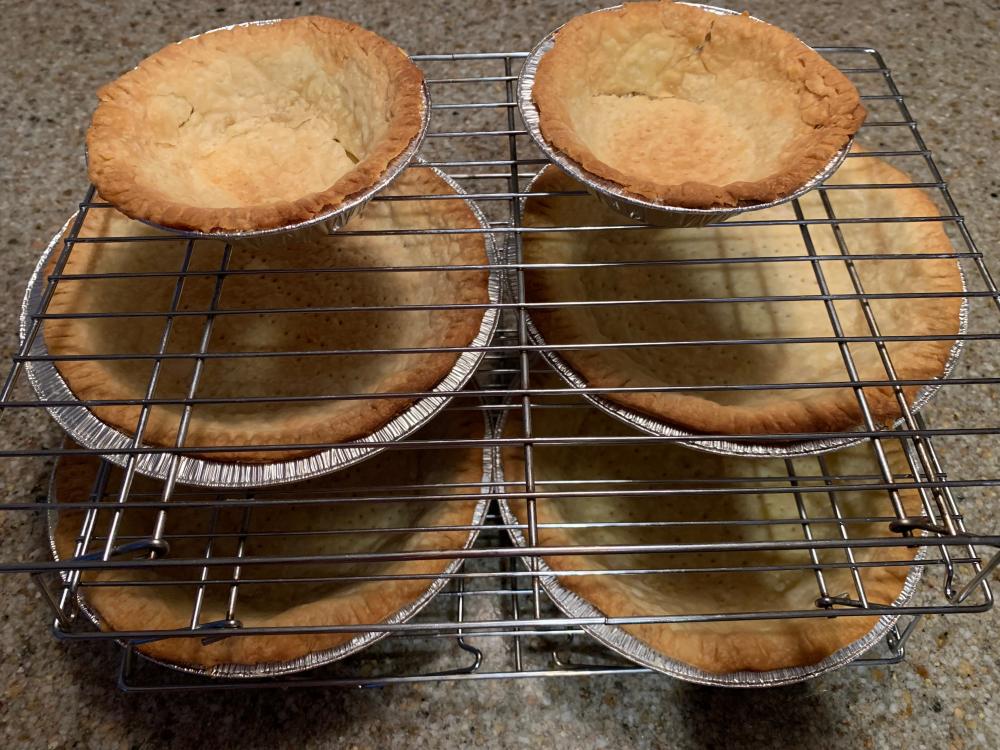 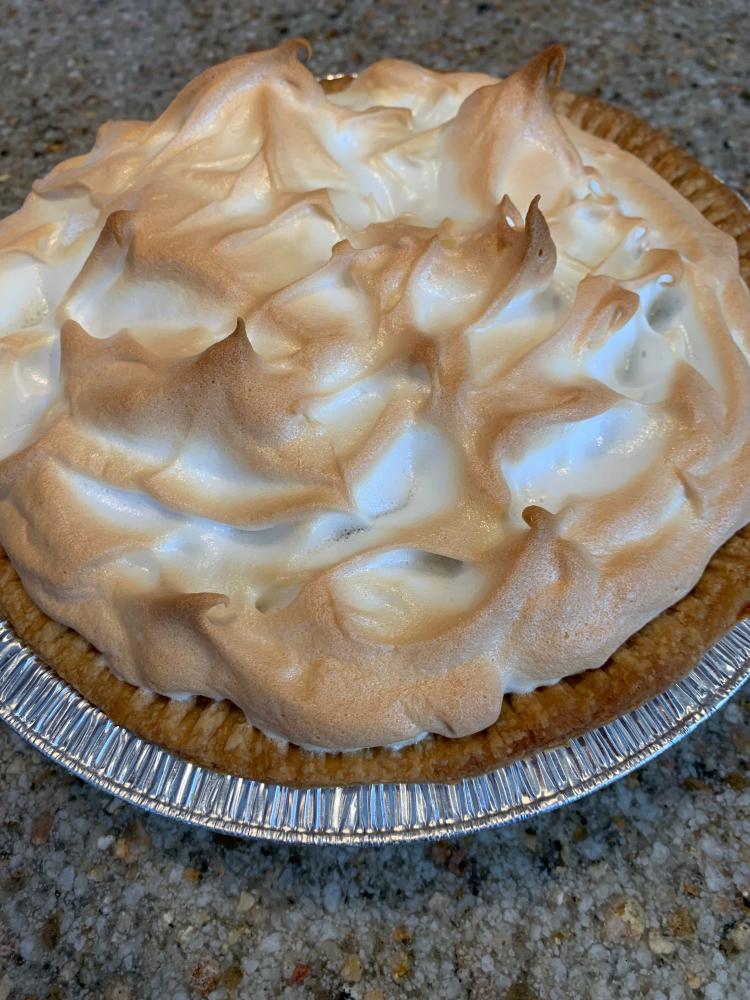 For dinner we used half the fusilli and made Ground Beef Stroganoff and green beans. 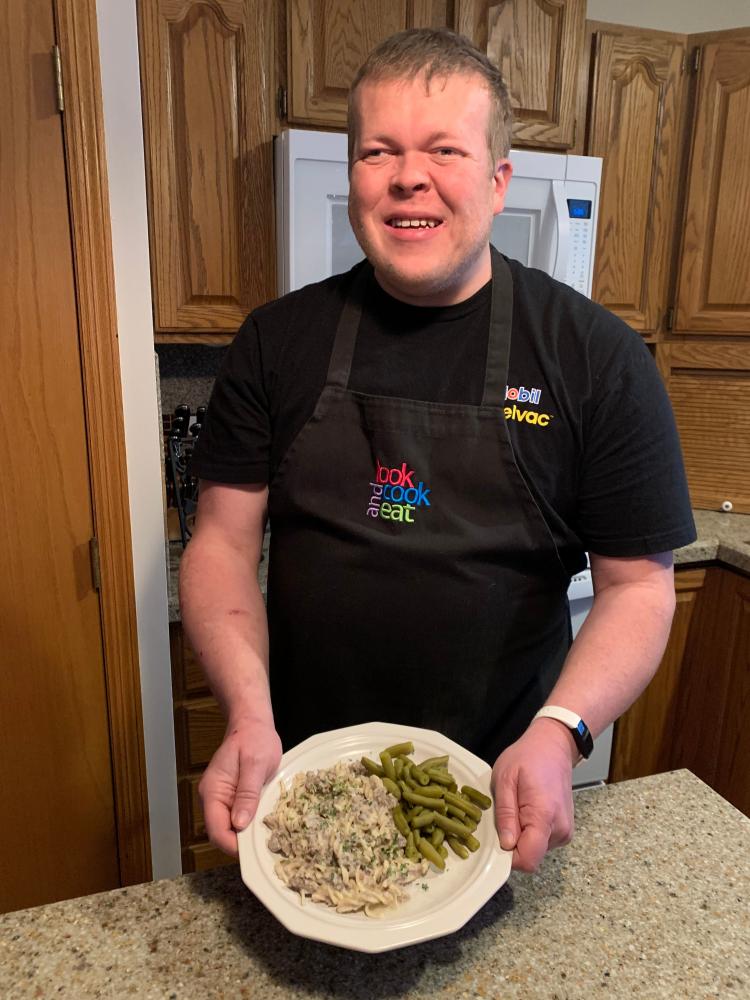 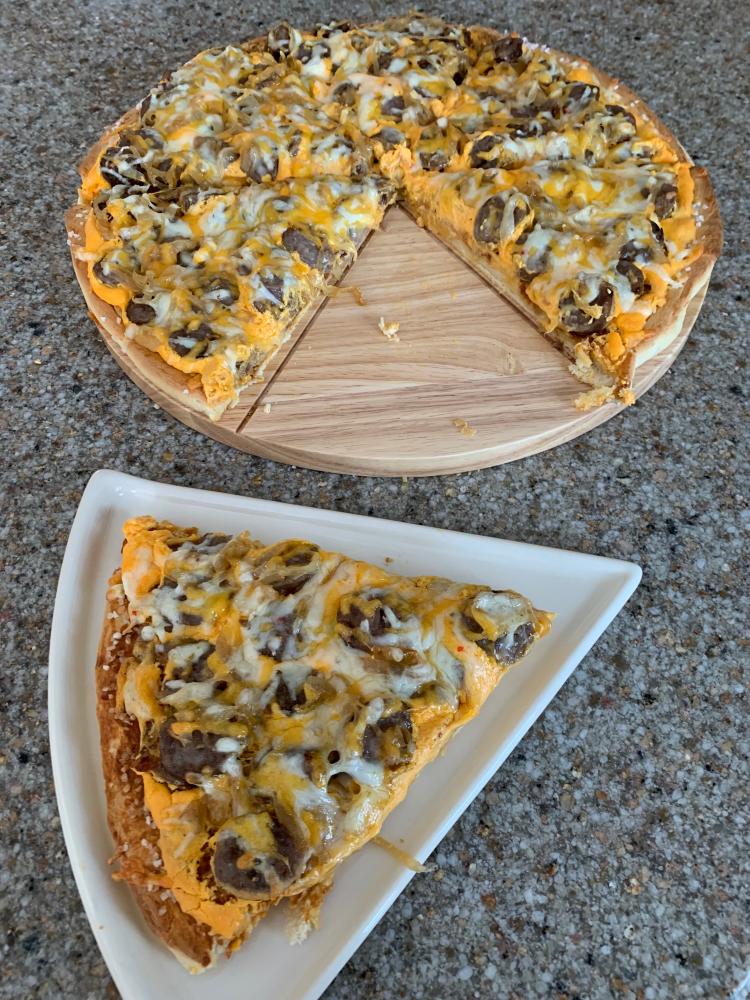 Keep eating pizza and I will be back next week!