According to Merriam-Webster dictionary, the definition of alliteration is “the repetition of usually initial consonant sounds in two or more neighboring words or syllables”, such as wild and woolly and threatening throngs. (And my name Peggy Palmer.)

When I was growing up friends and family (another alliteration) often called me Peg. But it doesn’t flow off the tongue so easily when said with my last name. When I married, I decided to hyphenate my name, mainly because I knew three other Peggy Johnson’s. But I also liked the alliteration of Peggy Palmer-Johnson.

Alliteration is often used in children’s books as it makes them fun to read and listen to. Dr. Seuss was a master of alliteration. One of my favorite vegetables as a child was peas. I always loved saying pass the peas, please. I love canned peas, fresh peas, frozen peas, plain peas (alliteration) and even pea salad.

My daughter Bethany, lives in the UK. (Wales to be exact.) She sent me a picture of a pizza and challenged me to recreate it. 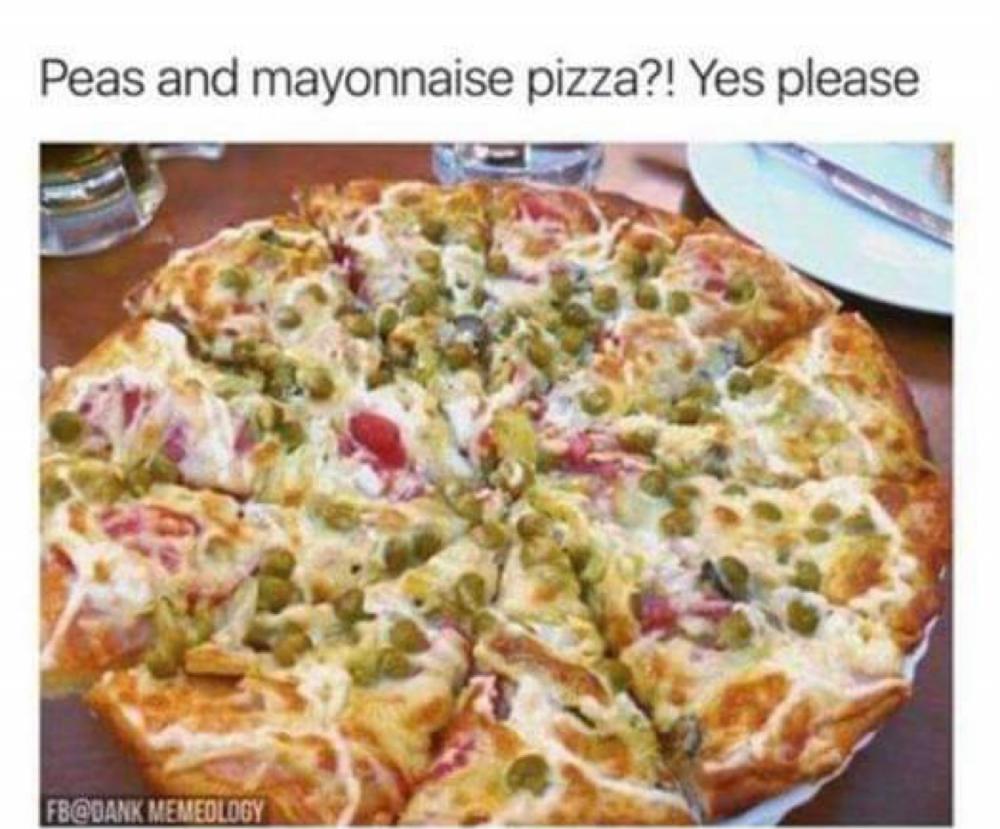 So, I pulled out my old recipe for pea salad and turned it into a pizza… 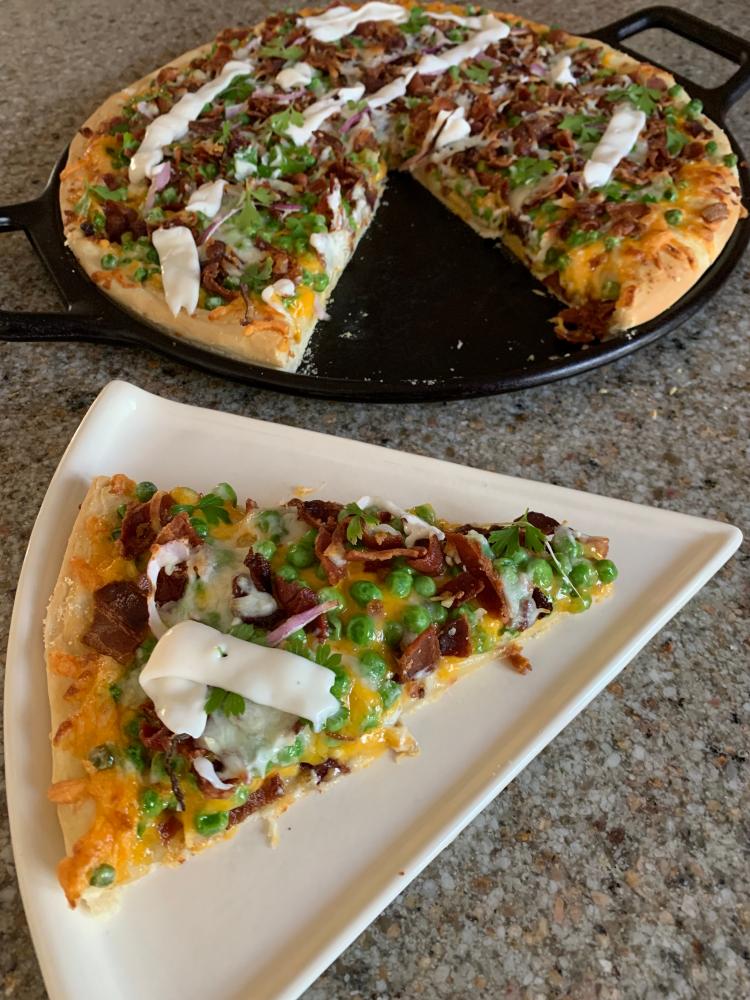 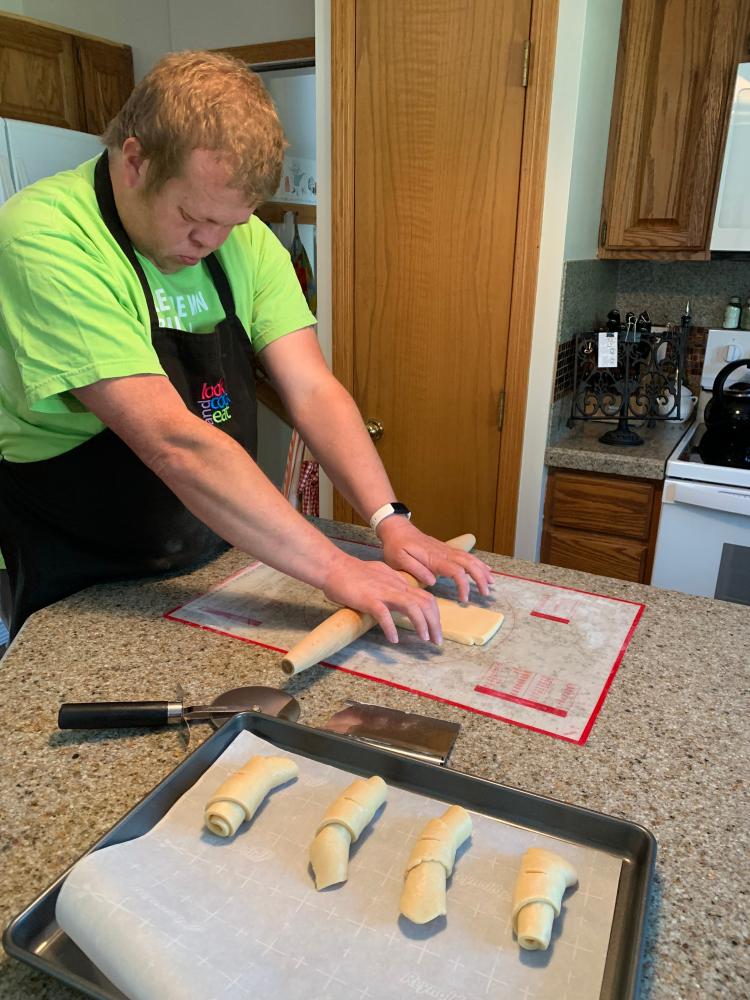 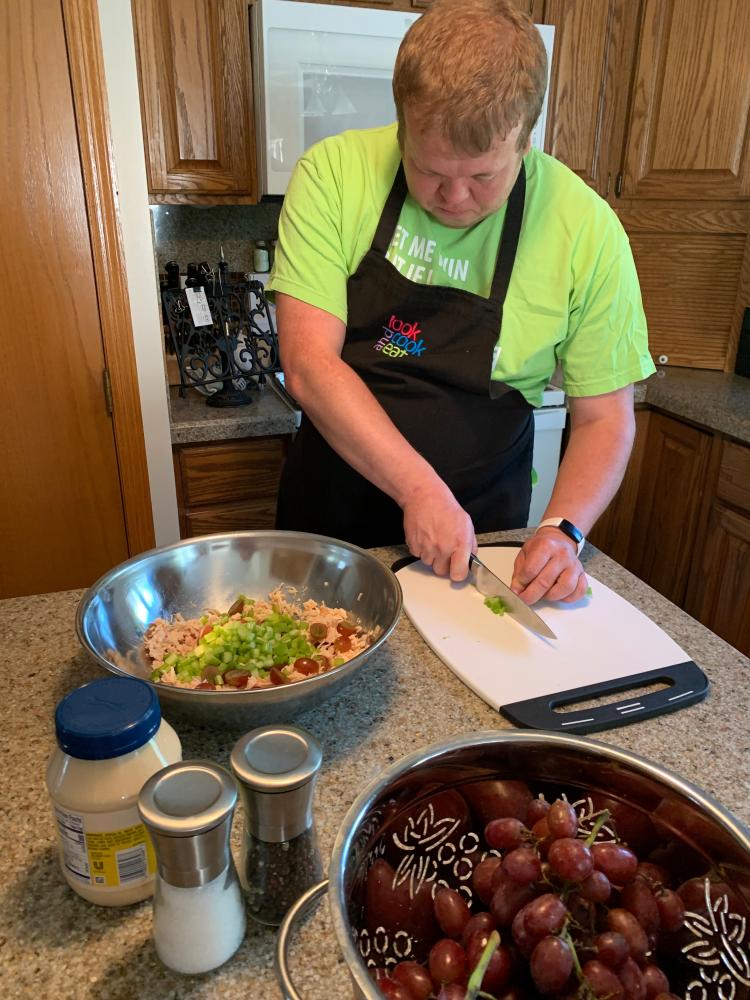 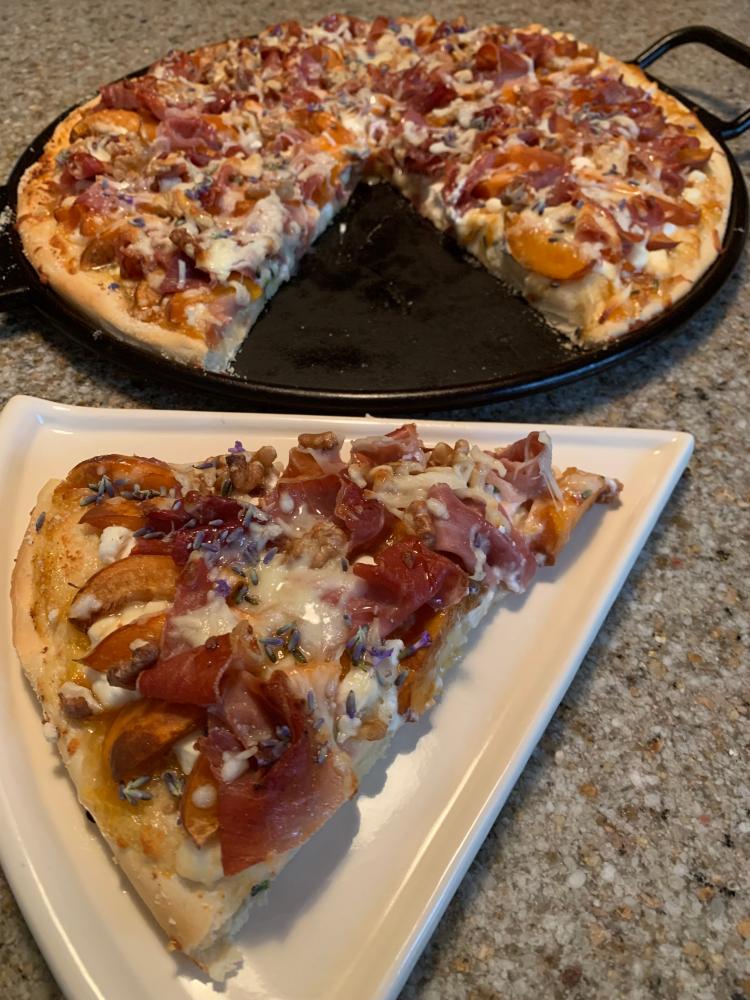 Next week will take our tastebuds on a journey from Louisiana to the Mediterranean.