It is Memorial Day weekend in the US. The modern day observance is to honor and mourn those who served and died in the military. If you go to the grocery store on this weekend you will see members of the American Legion giving away red poppies and asking for donations. This tradition began after World War I. For many it is also a time for decorating graves. Although I have never been one to continue this tradition, I do remember laying wreaths on the graves of family members with my grandmothers.

What may not be known is the history of Memorial Day which was formerly called Decoration Day. It actually grew out of the tradition of decorating the graves of fallen soldiers during and after the Civil War. Up until 1970 it was celebrated on May 30. I do wish to acknowledge and thank those who have served in our military throughout the decades.

In order to have a three day weekend, Memorial Day became a Federal holiday to be observed on the last Monday in May. Hence the weekend is now considered the unofficial start of summer. For many it kicks off the camping and grilling season. And for race fans it is the running of the Indy 500.

So, in the spirit of the unofficial start of summer & grilling season, I decided to combine grilling and pizza. One of our favorite burger joints is Steak ‘n Shake.

And we were excited when one finally opened in the Des Moines metro. When grilling burgers or even baking fries, their special seasoning adds the perfect touch. Thus, the inspiration for a ‘Steak ‘n Shake’ Burger & Fries Pizza. I topped my pan crust with a sauce of ketchup and mayonnaise, American cheese, grilled hamburgers with Steak ‘n Shake seasoning, sliced tomatoes, dill pickles, onions, mozzarella & fries then garnished with shredded lettuce... (Thank you to Matthew for grilling the burgers.) 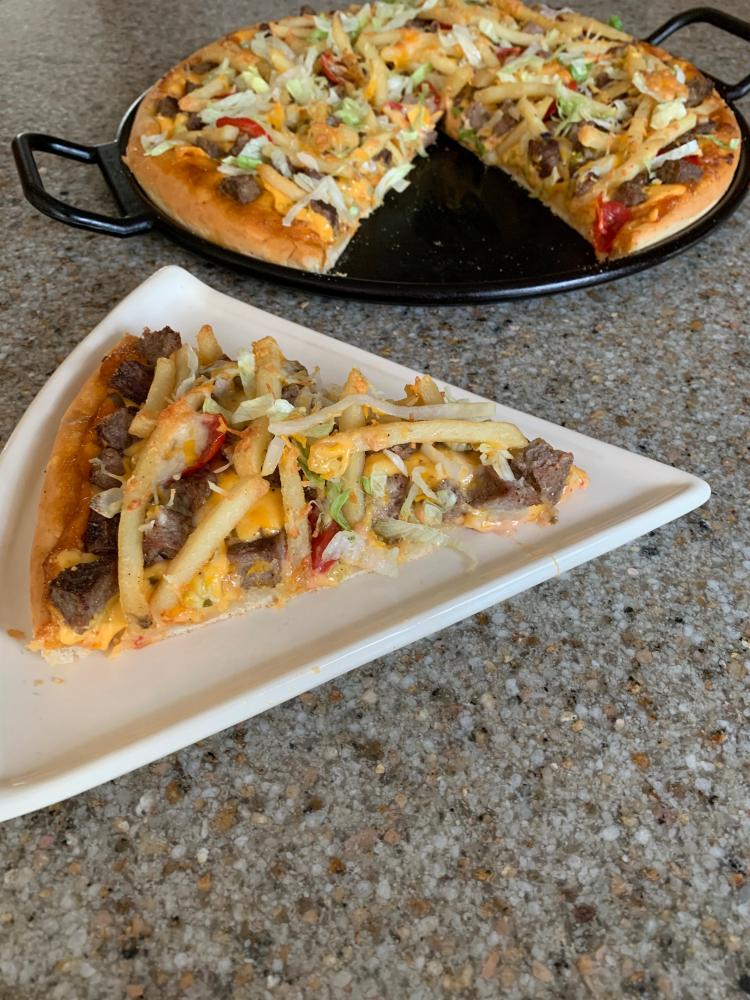 Thursday Doughday: we made Navajo Fry Bread & Bison Tacos and for dessert some Fry Bread with cinnamon & sugar. 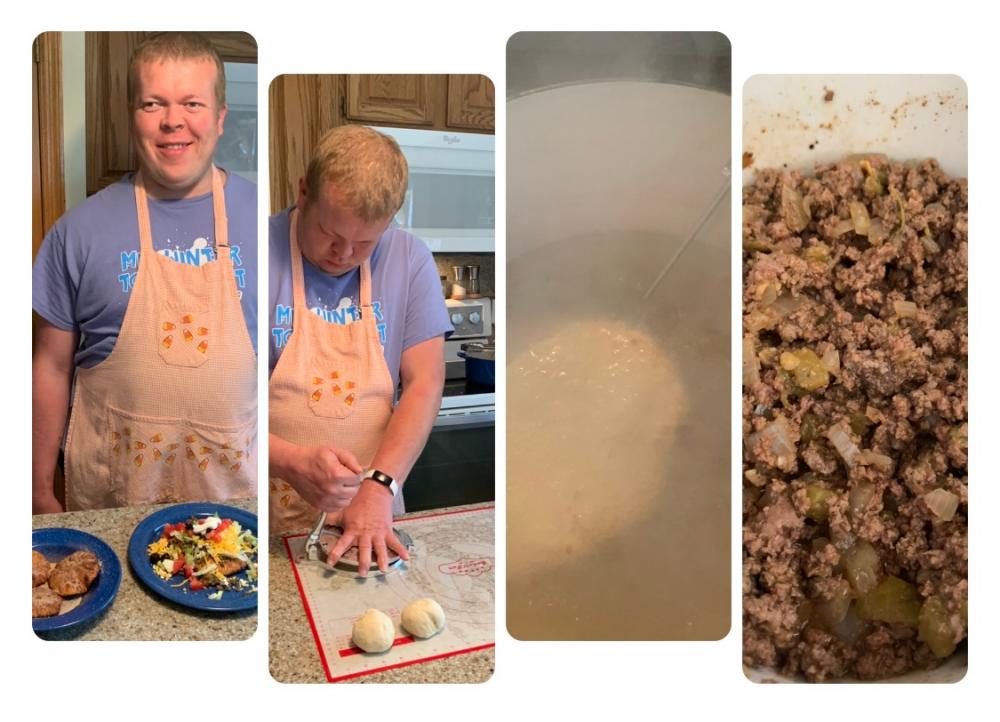 Friday Pieday: Rhubarb & Rosemary from the garden = a pan crust topped with a savory rhubarb sauce, Brie, ground pork, red onion, rosemary & mozzarella... (A big thank you to Matthew for the use of his oven the last couple of weeks. The new range arrived on Saturday.) 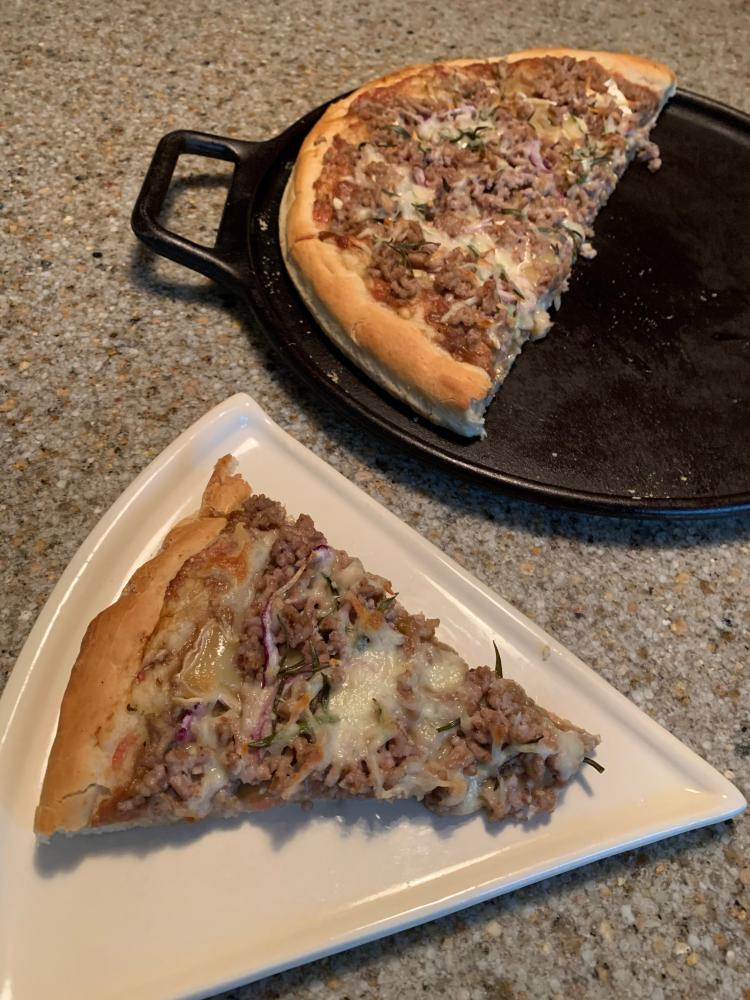 See you next week,