Contrary to many beliefs, Cinco de Mayo is not Mexico’s Independence Day. In Mexico, it is a low-key celebration of the anniversary of the Battle of Puebla in 1862. This battle was a defeat of Napoleon III forces who were trying to advance to help the Confederates Army in the U.S. Civil War. This battle was seen as a turning point for the Union forces. In the U.S. it originally was a celebration to show solidarity with Mexico against the French.

So fast forward 159 years in the United States. Thanks to strategic marketing, Cinco de Mayo has become a day of partying. It is a day to celebrate Mexican culture, eat Mexican food and drink margaritas or Mexican beer. Nary a thought is given to why it was originally celebrated.

After spending a month in Mexico when I was in college, I fell in love with their culture, Mariachi bands, and the food. (And, of course, a good margarita.) 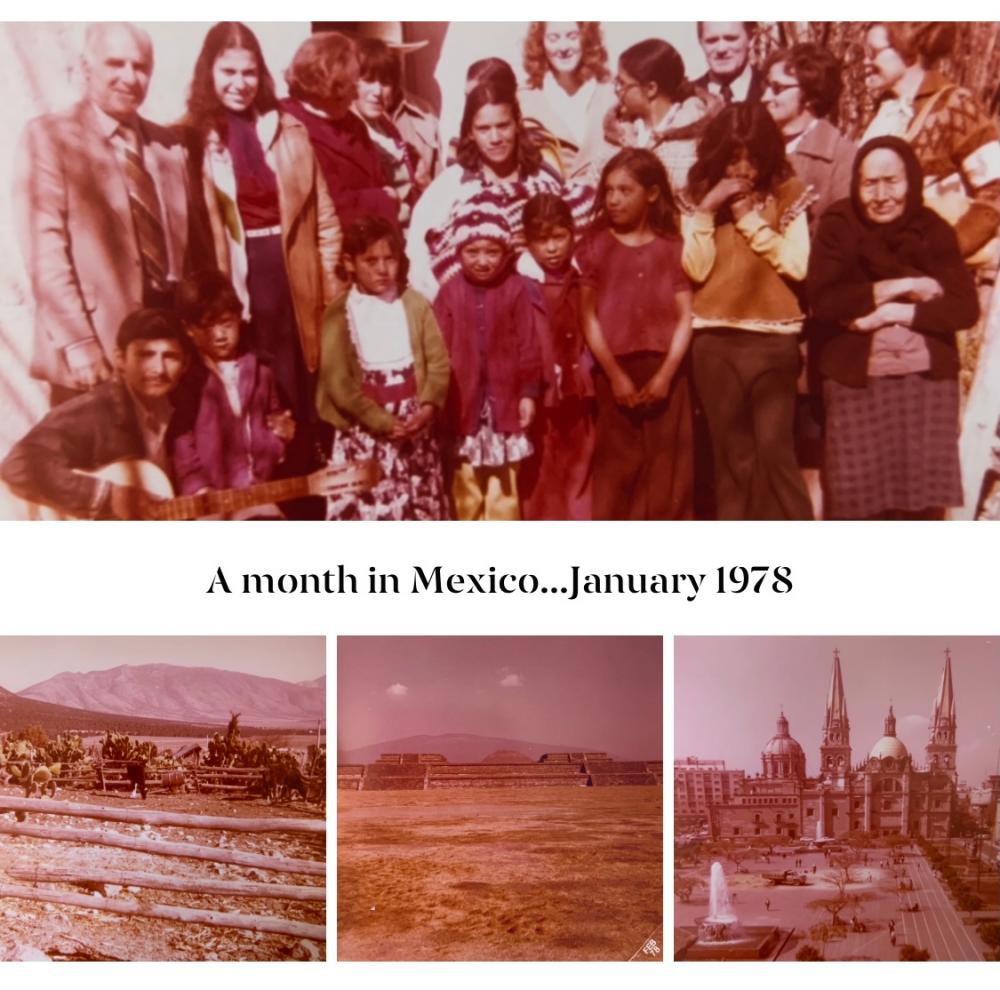 If we go out to a Mexican restaurant I am often disappointed as the food is too Americanized, a.k.a. bland. Through the years I have learned to make more authentic Mexican food. A salsa garden of jalapeños, tomatoes, and cilantro is already planted in our backyard. 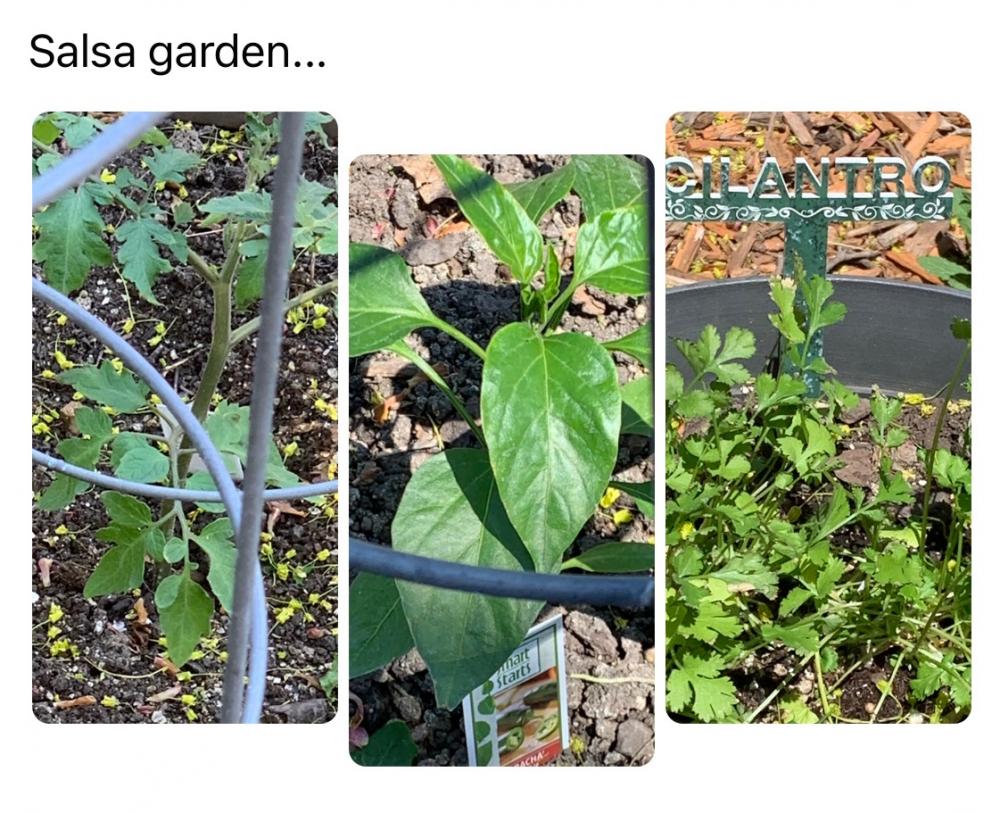 With Cinco de Mayo approaching, my meal plans turn to Mexican-inspired themes. So this week I made two different pizzas. Looking through my pantry, I found one remaining jar of my homemade salsa. That jar inspired a Chicken & Corn pizza on salsa. Since corn is a staple in Mexican cooking I decided to add some cornmeal to my pan crust to provide a little twist. It turned out really well. 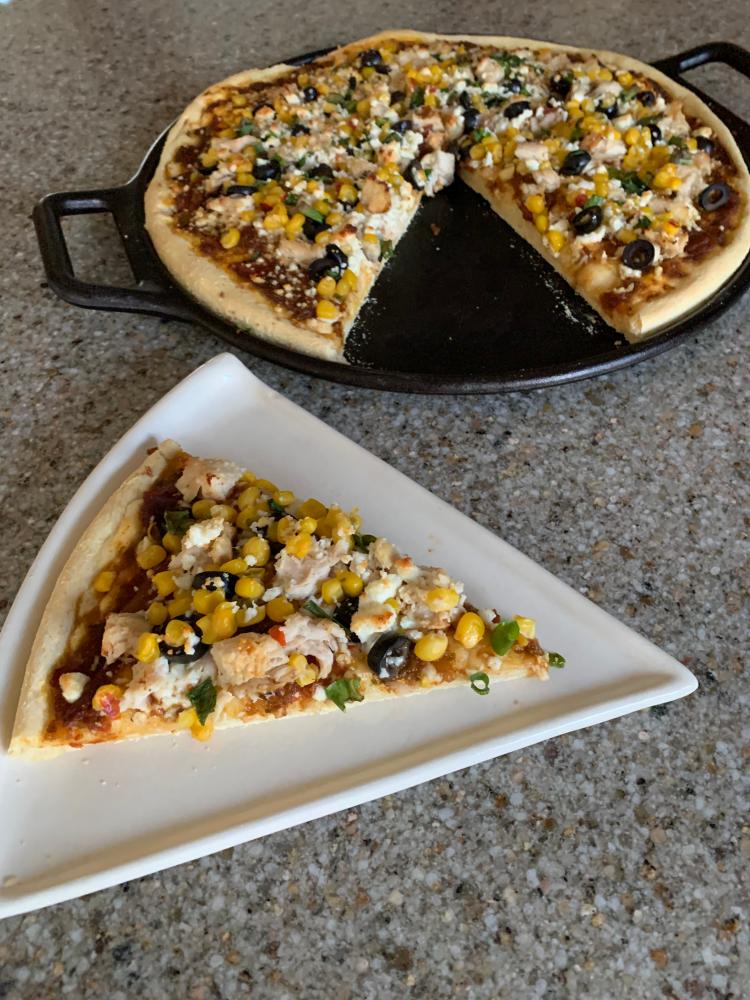 My Sunday creation was a Taco Pizza, which is definitely not ‘real’ Mexican food. But it is a favorite of my son Matthew and his roommate Joe. The first Taco Pizza was created right here in Iowa by Joe Whitty. The Happy Joe’s Pizza & Ice Cream Parlor was founded in Bettendorf, Iowa in 1972.

To give the pizza a little bit of authenticity I added a little Masa Harina, which is corn flour, to my pan crust dough. To the base of refried beans, I added taco meat, diced tomatoes, black olives and a Mexican cheese blend. It was garnished with shredded lettuce, Doritos (really not Mexican...lol), taco sauce and sour cream. The boys were happy! 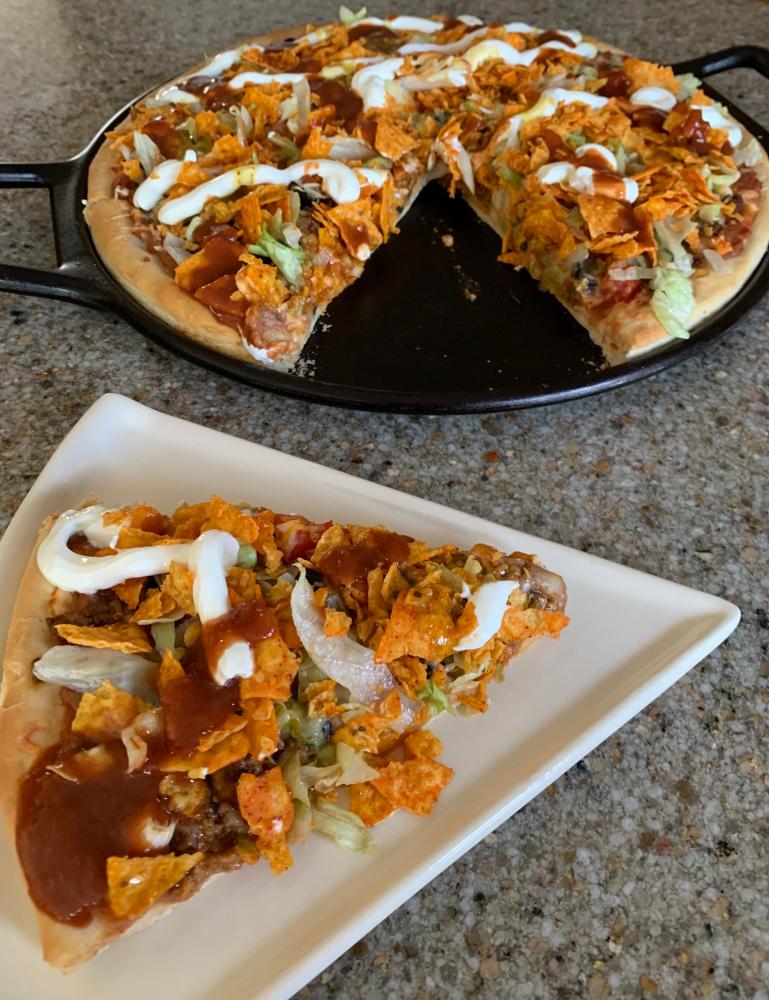 Thursday Doughday: We started the Mexican theme early with homemade guacamole in the molcajete, homemade flour tortillas and shrimp tacos with Garlic, Cilantro, Lime slaw. And once Matthew took their part of dinner home, it was time for homemade margaritas. 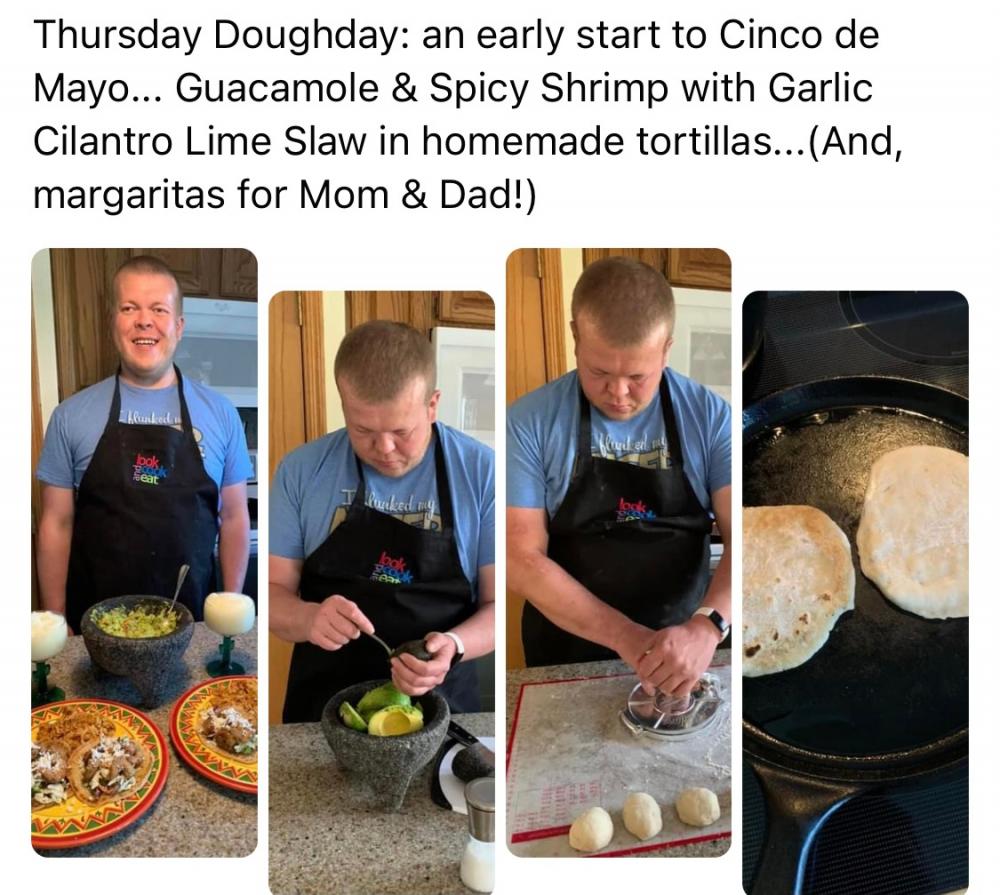 All in all, we have had a very tasty early celebration of Cinco de Mayo.

Next week we will be celebrating Mother’s Day. So do you suppose I will have to make my own pizza?