Growing up my experience with fish was either from a can or what my Dad would catch in a river, lake or stream. The fresh fish I remember was either pan fried bluegill...or fried catfish...The canned variety choices of fish were sardines, tuna and salmon. Although, I have discovered canned clams which I use to make clam chowder.

(This is a picture of my husband and a sunfish he caught. Bluegill are a species of the sunfish family.) 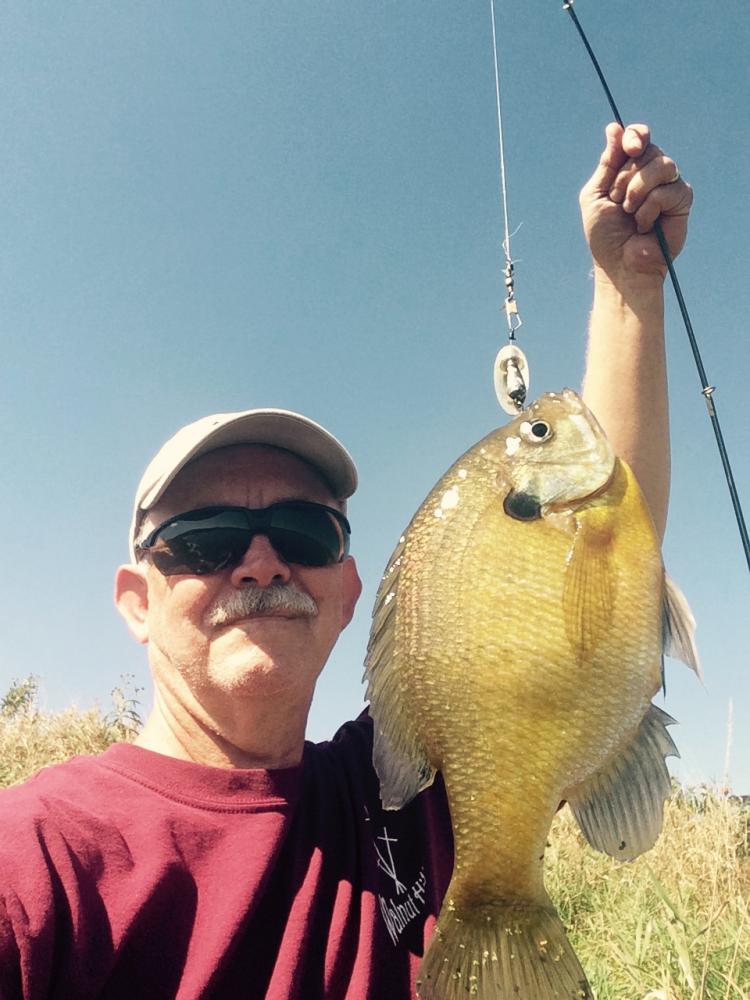 My Dad loved sardine & white onion sandwiches on buttered white bread. I don’t recall ever taking a bite. But I do remember the strong, smelly fish odor. My hubby remembers tasting them when he was growing up and asked me to PLEASE never put them on a pizza! Just out of curiosity, I did a quick Google search and yes someone has tried it.

I did find some recipes for sardines that I would consider giving a try if someone else prepared them.

Anchovies also come in a can and I thought I had never tasted them. But, did you know there are anchovies in Worcestershire sauce and the dressing on a Caesar salad? In the past I have seen anchovies as a topping choice for pizza. The history of putting anchovies on pizza comes from Naples, Italy. These tiny fish were cheap and easily preserved. Anchovies seem to have fallen out of favor, though. I checked several locally owned pizzerias as well as chains. Only a few had anchovies on the menu. In the interest of blog research, I decided to give anchovy pizza a try. When I looked at the prices there was an extra charge for anchovies. I decided I could make the pizza cheaper myself. So, I did, which means this week’s blog is featuring two pizzas, BOGO…What a deal, lol. I used a thin crust with tomato sauce, mozzarella, anchovies, capers, a sprinkle of oregano and a pinch of Ammazza Suocera. It was ok, but VERY salty. 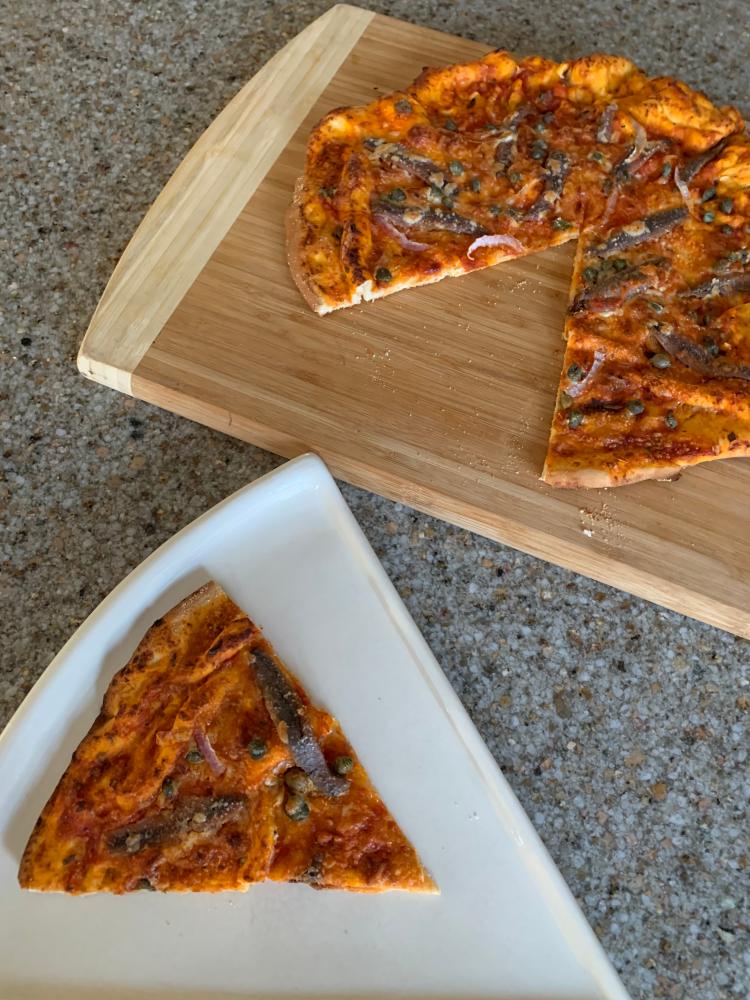 I do love tuna salad, either on a sandwich or on a lettuce salad. My Mom never followed a recipe for tuna salad, or for anything else for that matter. And I have never followed one for tuna salad, either. When I make tuna salad, I just grab whatever I have. It always starts with tuna and Miracle Whip Salad Dressing. Other ingredients may include a hardboiled egg, diced onion (whatever color I happen to have), diced celery, either dill or sweet relish and in the summer, I might throw in some fresh dill or parsley from my herb garden. 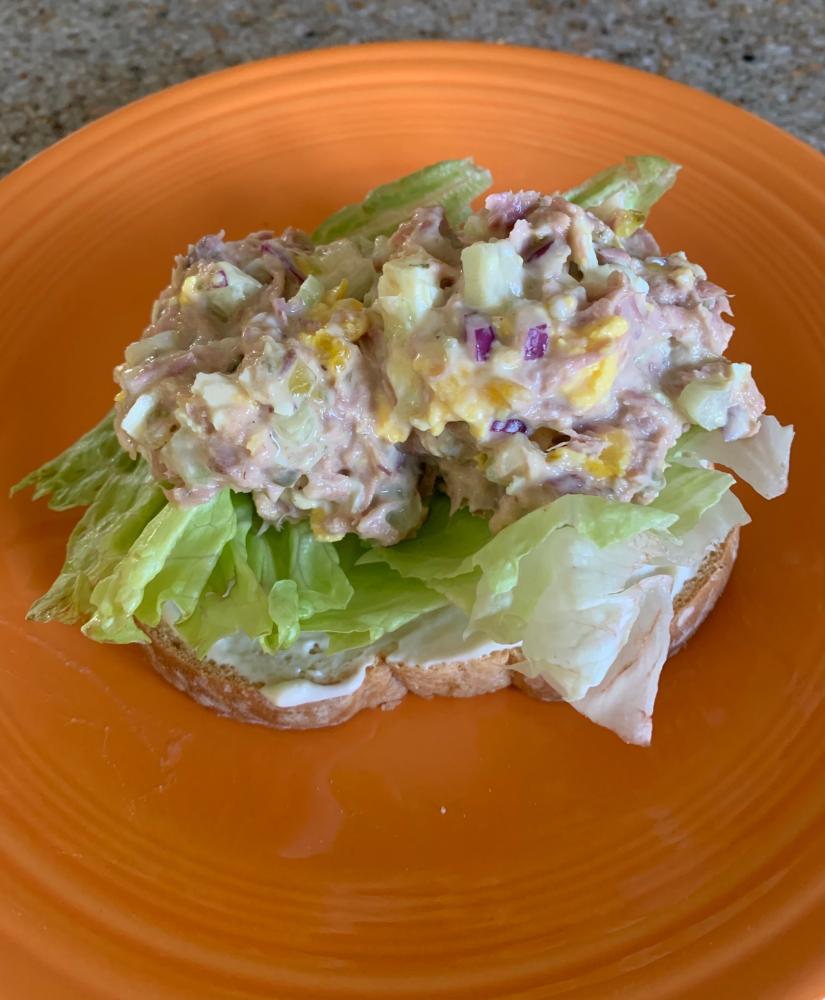 And finally, we come to salmon. Canned salmon was a staple in my Mom’s kitchen. Made into patties and fried, it provided a cheap and easy meal to feed a family. As I was thinking of pizza toppings, I wondered about using salmon in a new and creative way. Another quick Google search showed others had the same idea. Some recipes used canned salmon while others used fresh. I decided to go back to my roots and open a can of salmon. I started with my basic pan crust. I planned to use plain cream cheese, but then I found salmon cream cheese and decided to give it a try. I thinned out the cream cheese with sour cream, layered on the salmon, capers, red onion and Monterey jack cheese. It was really good and again the guys devoured it. 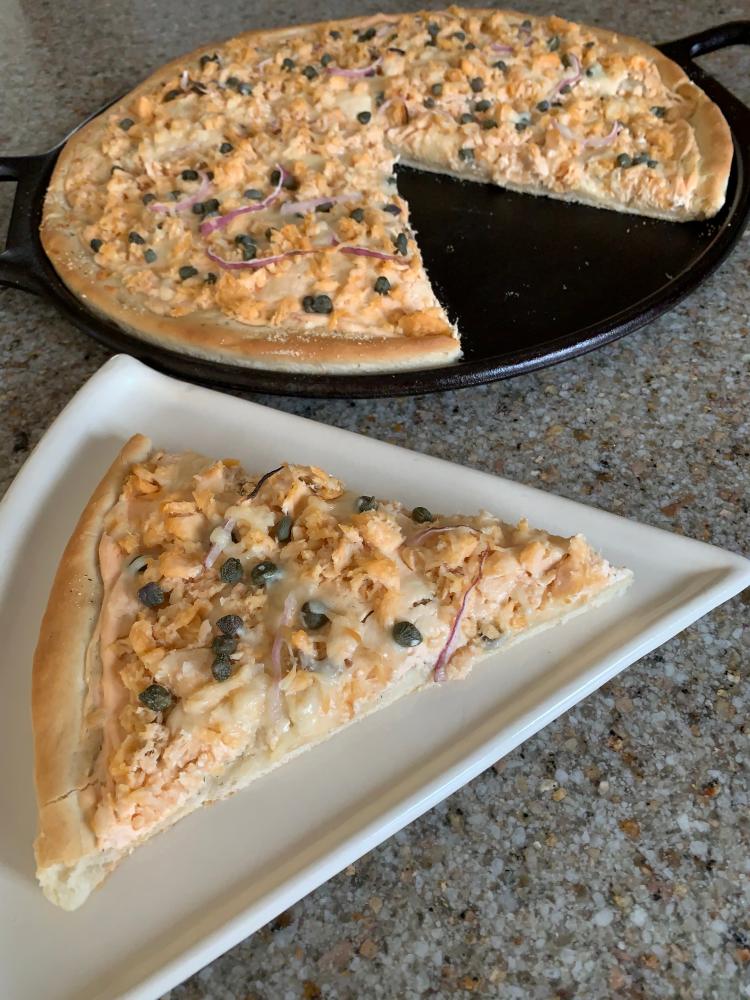 Thursday Dough Day: It’s been a chilly week and we even had snow. A perfect time for Matthew’s Award Winning Chili (12 First & 2 Second place awards). If you are like me you’re thinking whaaat?...chili and cinnamon rolls? Usually, cornbread or crackers are on the side of a bowl of chili or maybe a peanut butter sandwich. This combo appears to have originated in Midwestern school cafeterias in the 1960’s. 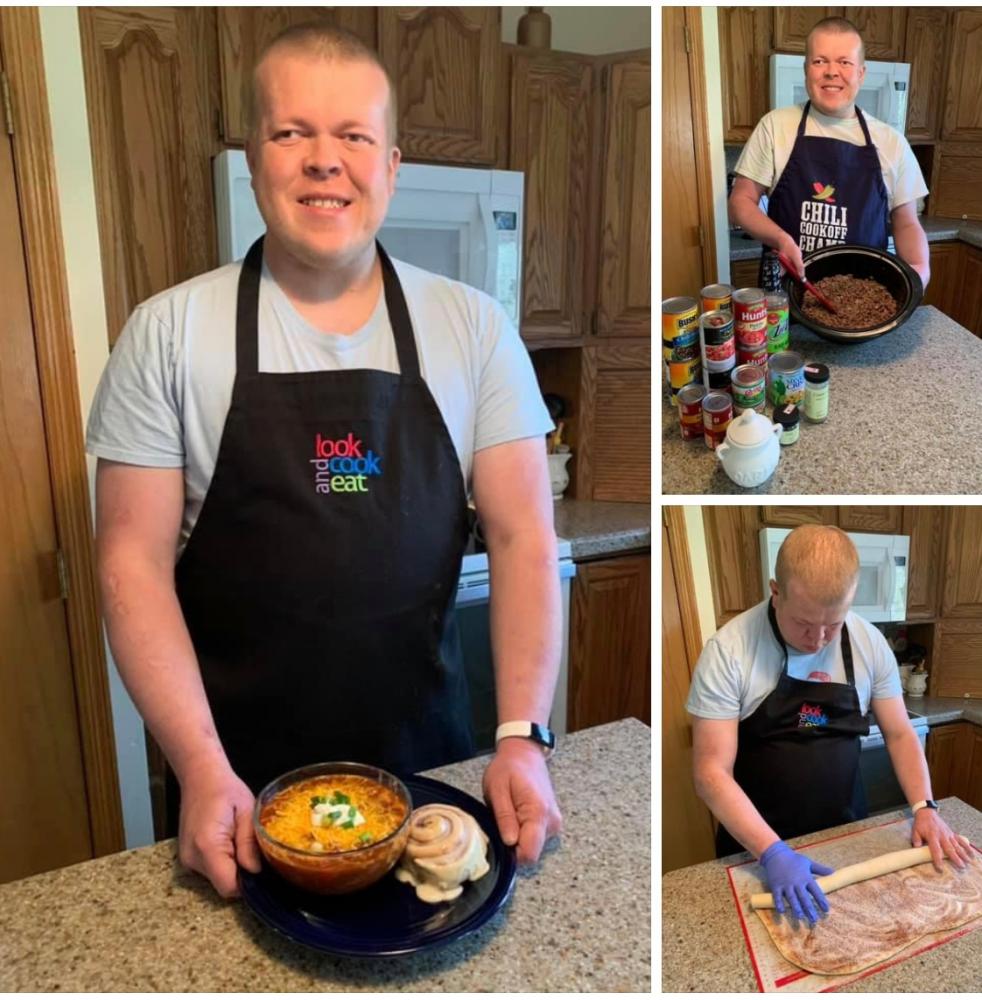 Actually, the sweet balanced out the SPICY chili!

Next week we will be celebrating Cinco de Mayo…