Is there anyone who has never had cold pizza for breakfast? 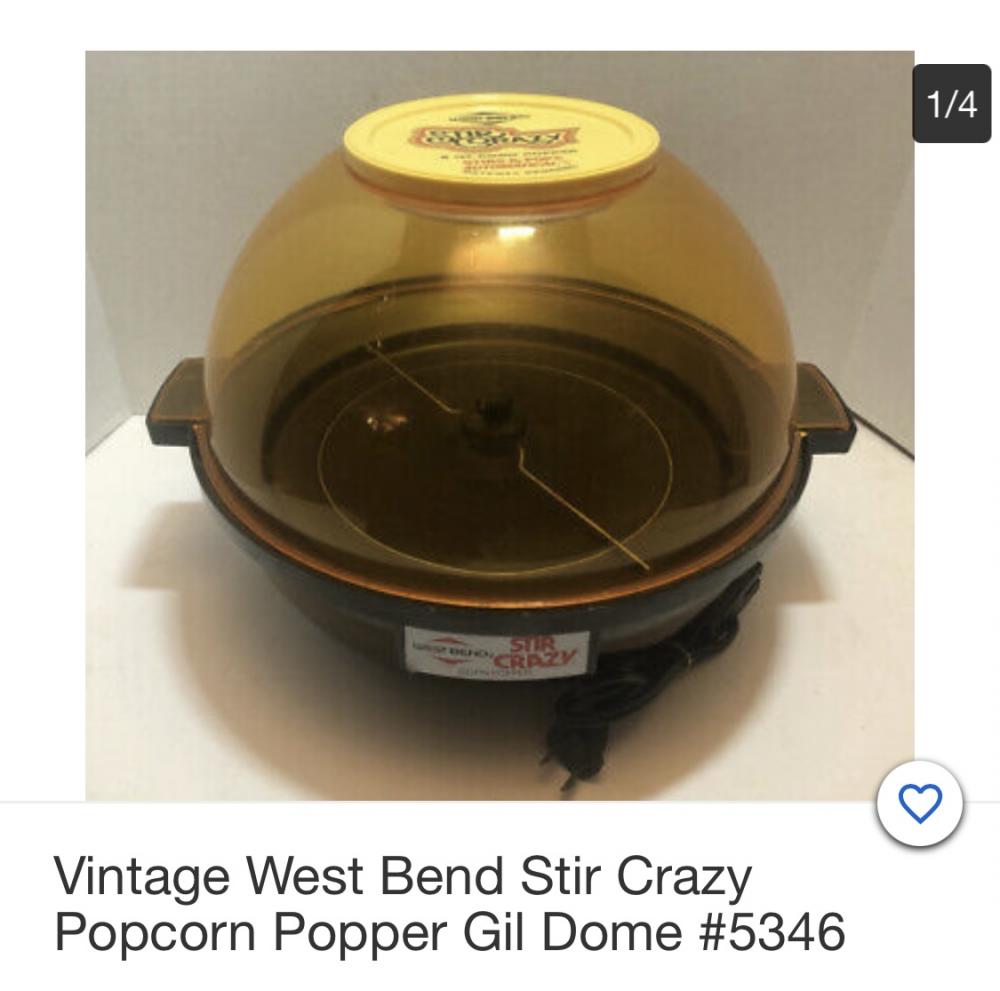 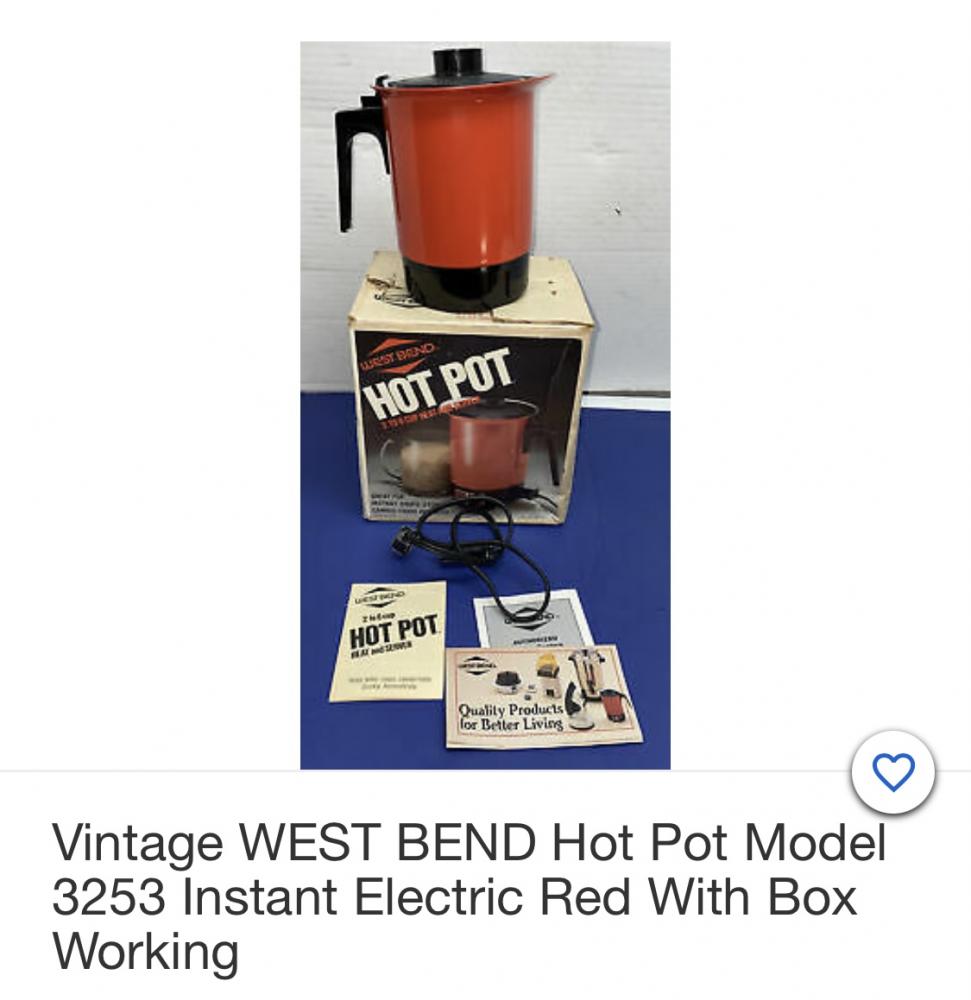 And according to EBay these are vintage. So, I guess that makes me vintage as well, Lol. Each floor of the dorm had a galley kitchen with a refrigerator & stove and an iron & ironing board. (Do college students even know what an iron is these days?) I digress, but my point is that our dorm room culinary choices were limited. (We did figure out how to make Rice Krispies treats in the popcorn maker. But that’s another story.)

So back to pizza for breakfast. At some point someone decided to actually put breakfast foods on top of a pizza. The origin of breakfast pizza is fuzzy. Though Marietta John in Perwick, Pennsylvania claims it was his idea in the early to mid-1990’s. But, the most famous breakfast pizza originated right here in Iowa. Iowa’s beloved gas station, Casey’s, has become the fifth largest pizza chain in the U.S.

This breakfast pizza is legendary among celebrities, politicians and the locals across 16 states in 2200 locations. If you‘ve been following my blog then you know that we have a Casey’s less than a mile from home. And yes, their breakfast pizza is one of our favorites. When placing an order, you have a choice of sausage gravy or cheese sauce. Since sausage gravy is one of my comfort foods, I will admit that I have never ordered the cheese sauce. Then the choice is sausage or bacon. Although, you can customize and add both. Just recently they added the Ultimate Breakfast Pizza with cheese sauce, scrambled eggs, sausage, bacon, ham, green peppers, onions and mozzarella & cheddar cheese. We haven’t tried it yet, but we will. 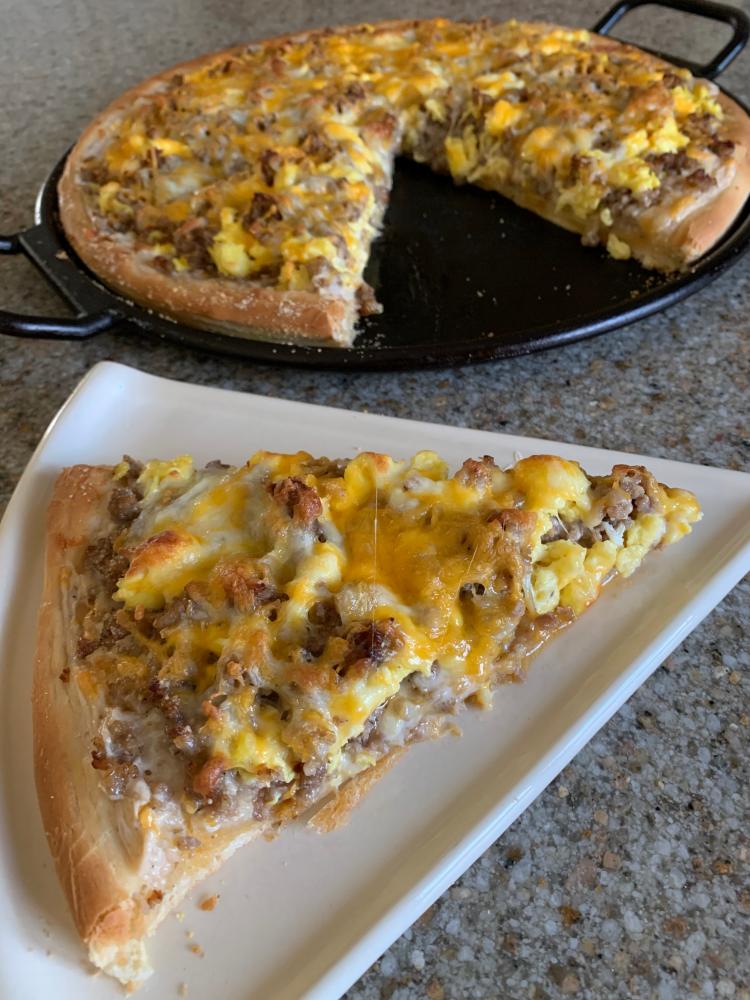 The consensus was that it indeed rivaled the famous breakfast pizza nearby.

Thursday Doughday (on Wednesday): We moved it up a day to celebrate Matthew’s Supported Community Living staff person’s birthday. Bill has been working with him & his roommate Joe for 5 1/2 years and we wanted to do something special for him. Bill loves rhubarb pie. Although my rhubarb is not quite ready to pick, I still had some left in the freezer from last year. So, for the second time ever, Matthew made a pie (with help). 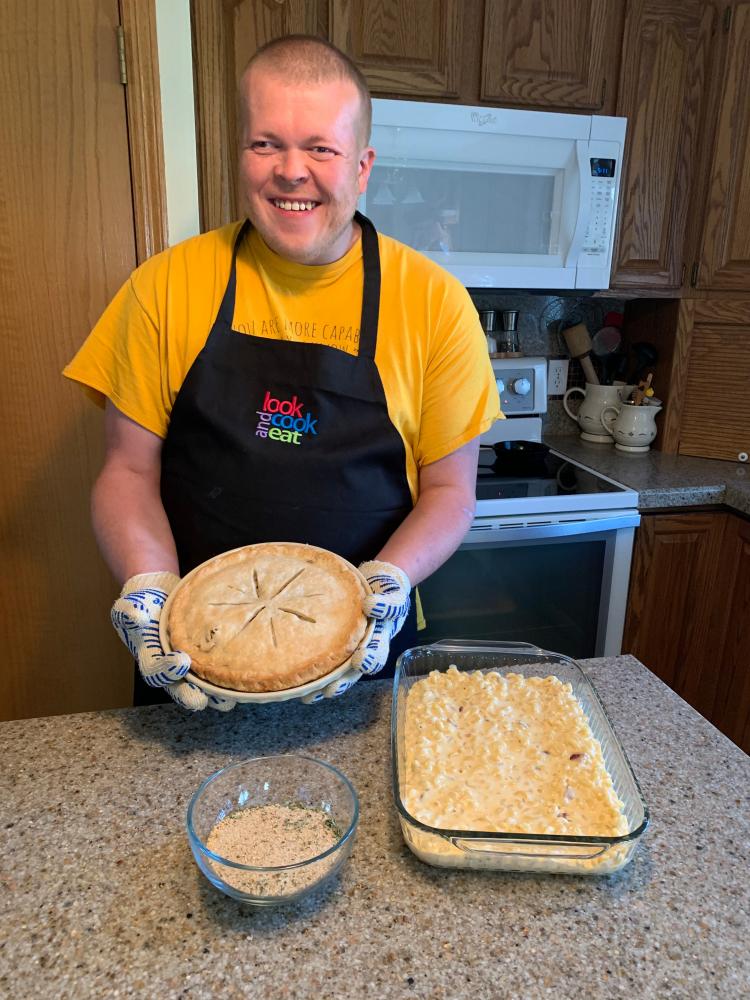 We also made my Grown-up Mac n Cheese. In case you’re wondering what makes it grown-up? It has gruyere, blue cheese and bacon in it. Matthew’s new skill for the week was grating Gruyere cheese. 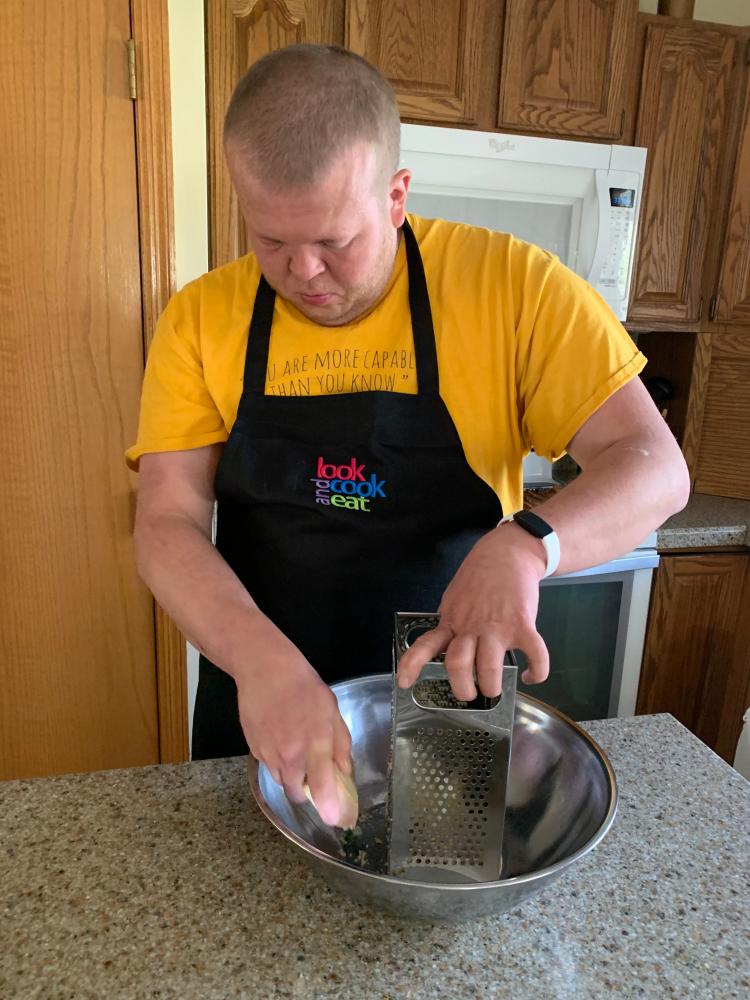 And the final product. 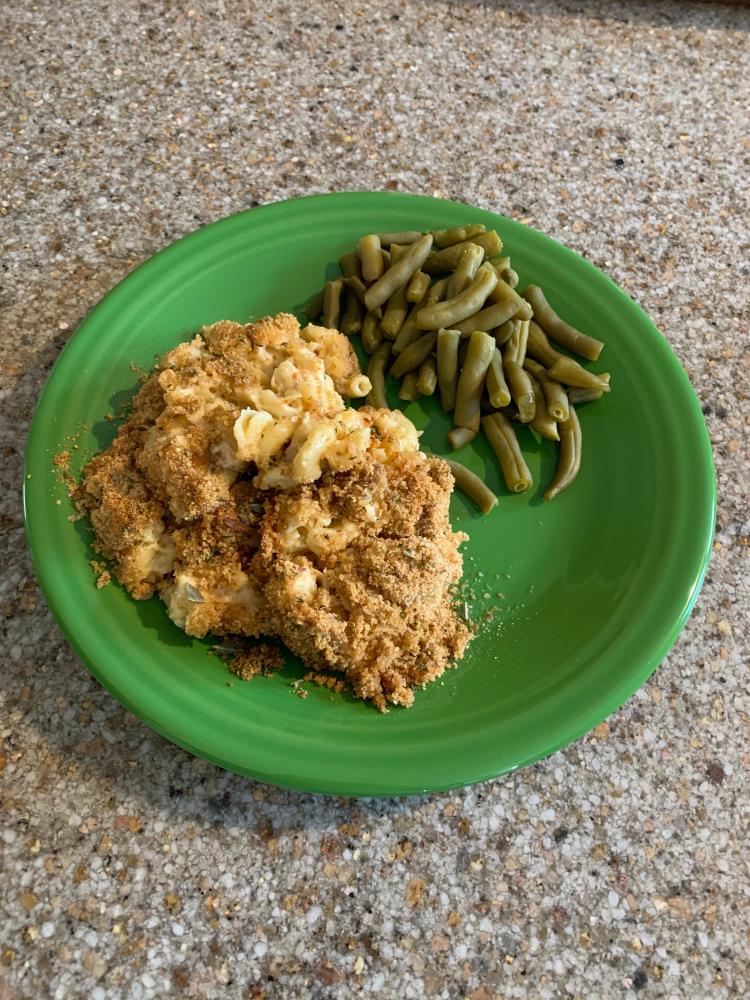 Next week’s pizza may be a bit fishy...!