A. a German name
B. short for breakfast pizza
C. to throw a tantrum
D. a restaurant in San Francisco
E. All of the above

If you guessed all of the above you are right.

In the Midwest (U.S.) gas station pizza is a thing. Most small towns can’t support a pizza place, but everyone needs to buy gas. So, gas station pizza was born. Casey’s started making and selling pizza in 1984 and breakfast pizza was added to the menu on September 14, 2001.

Gas station pizza is not just popular with the locals. It has even caught the attention of celebrities and politicians. As we all know, at least in the U.S., Iowa is the early stumping ground for those aspiring to be president. And when Mika Kunis, ‘That ’70s Show’ actress, was asked what her favorite gas station snack was on Reddit, she said “It’s a place called Casey’s, and they’re all over Iowa, and they do a delicious breakfast pizza.”

The origins of breakfast pizza are fuzzy as there are several who have claimed to have invented it sometime in the early-to mid-1990s. But does it matter? Breakfast pizza has rightfully earned the title of the ‘breakfast of champions’.

What goes on a breakfast pizza? Most start out with either cheese sauce or sausage gravy. Toppings may include eggs, breakfast meats such as sausage, bacon and ham. And of course, green pepper, onions and cheese. Now one of my favorite breakfast foods happens to be Corned Beef Hash. What if I combined my love of breakfast pizza and corned beef hash into a celebration of St. Patrick’s Day?

For just a moment let’s talk about Saint Patrick's Day or the Feast of Saint Patrick. It is an Irish cultural and religious celebration held on March 17th, the anniversary of his death in the fifth century. Early Irish immigrants to America started the tradition of eating corned beef and cabbage to celebrate St. Patrick's Day as it was less expensive than the traditional foods from their homeland.

So, this brings us back to this week’s pizza. Pan pizza crust topped with Swiss cheese, corned beef hash, mozzarella eggs and a sprinkle of parsley for a touch of ‘green’... 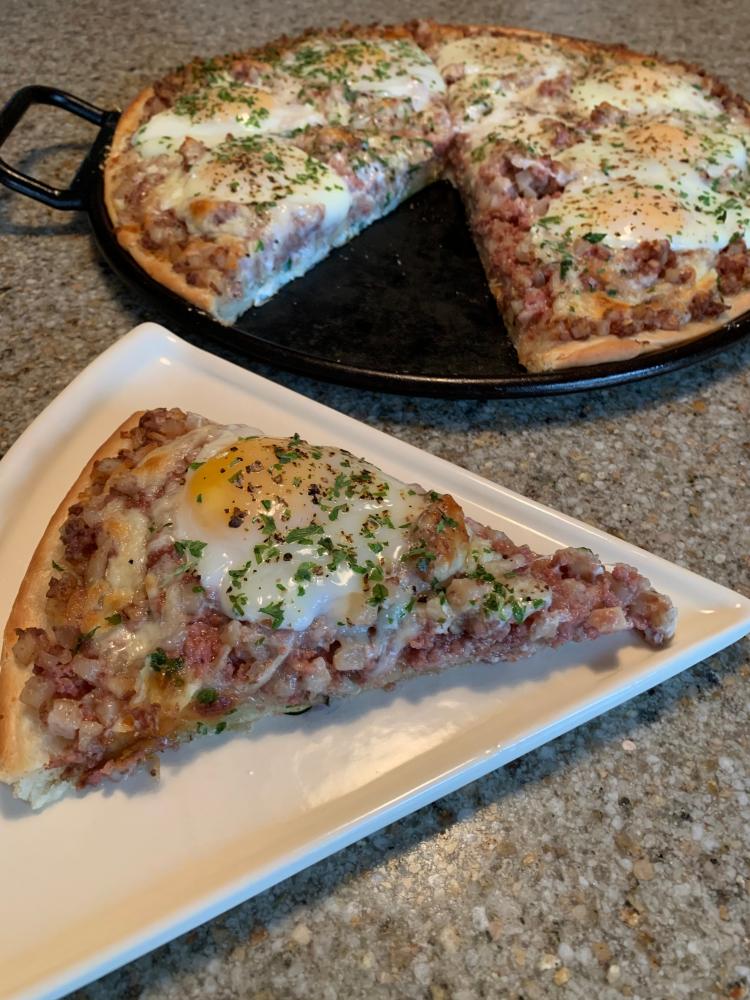 For this week’s Thursday Doughday we were inspired by a local restaurant to make Kolaches. A former Iowa State football player from Texas missed this treat and decided to ‘import’ it to Iowa.

Kolaches are traditionally a sweet Czech pastry made from yeast dough usually filled with fruit, but sometimes cheese. 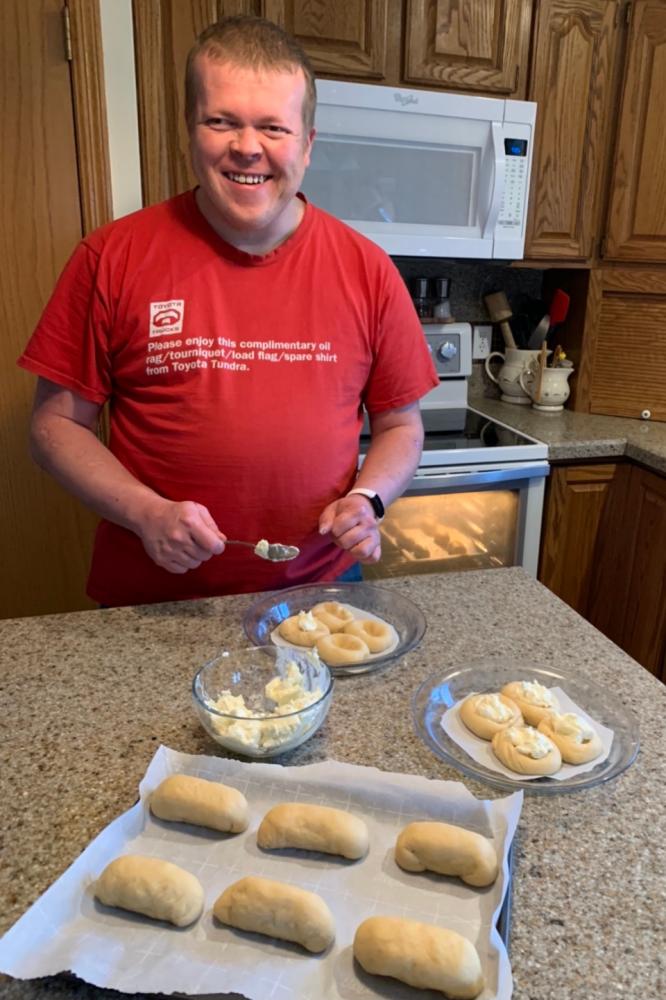 Czech immigrants to Texas gave Kolaches a twist by filling the light, fluffy yeast dough with sausage, cheese and jalapeños. They have become a hearty breakfast pastry that can be found at most donut shops in Texas. 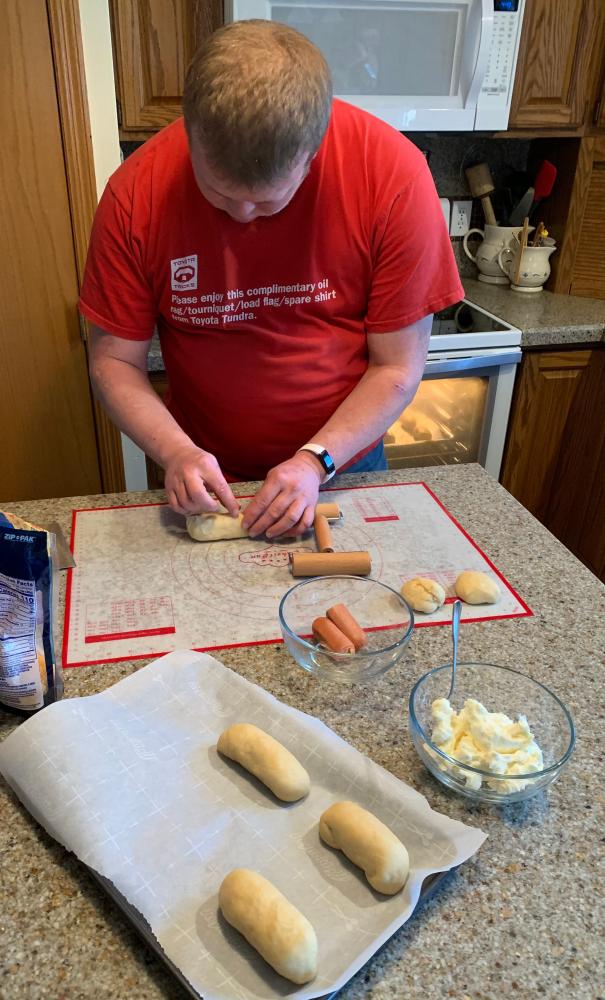 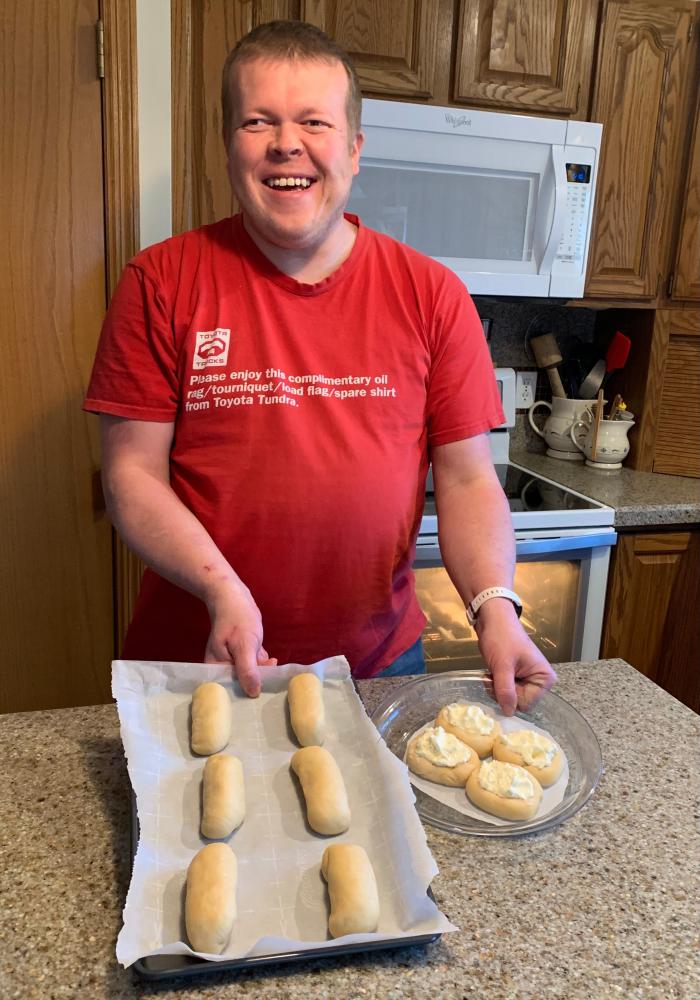 They made for a tasty dinner & dessert. 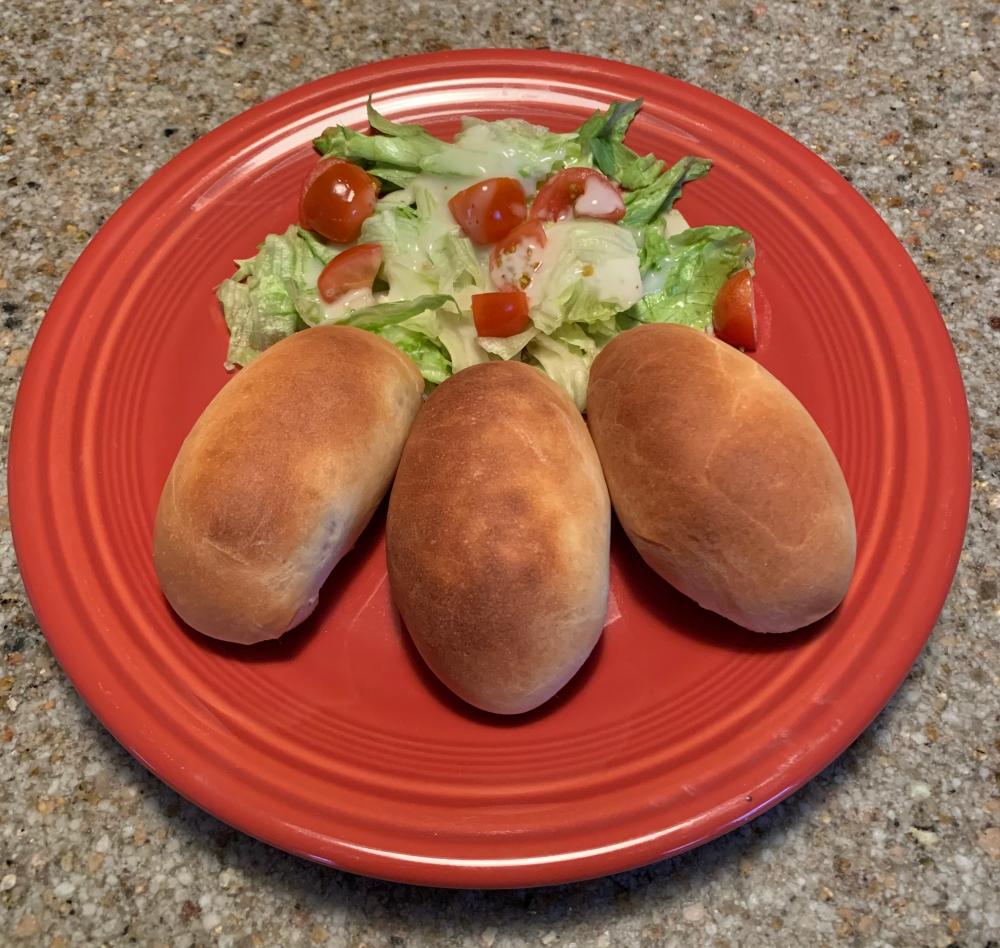 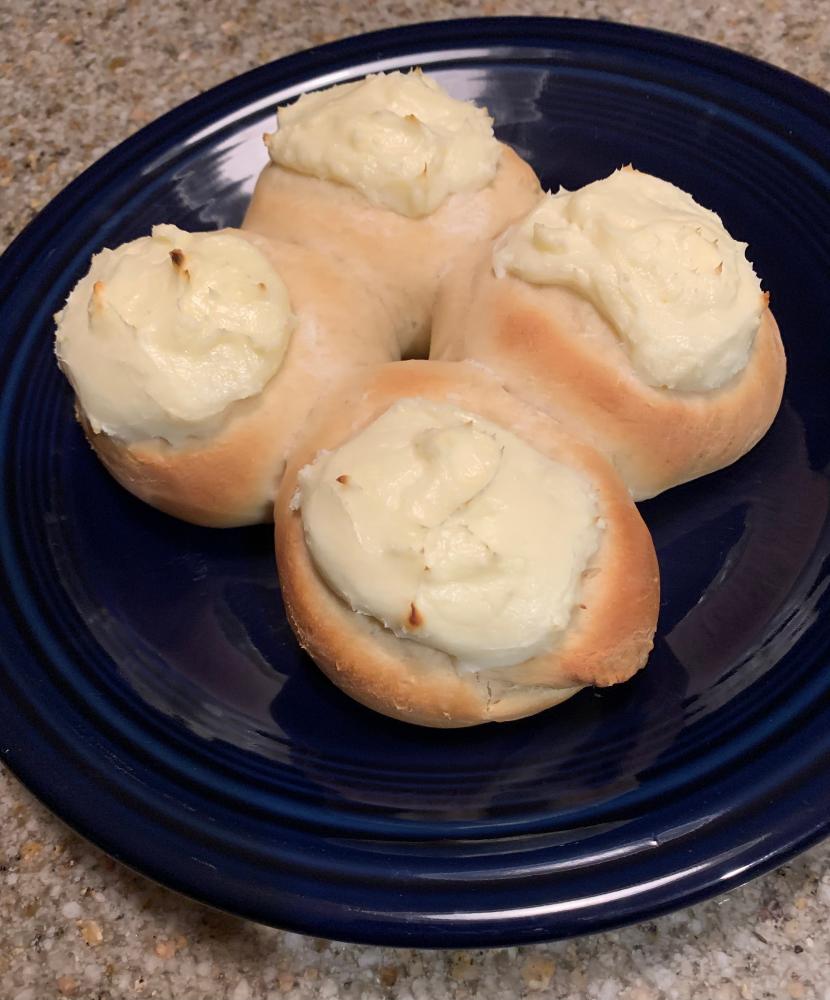 Now what do you suppose is on the menu for next week?