In case you haven’t heard yesterday was Super Bowl Sunday in the U.S. For those who are not football fans, I would venture to say they at least get excited to watch the commercials and of course eat the food. And what is one of the favorite foods served at Super Bowl parties…? You guessed it…PIZZA! There were an estimated 12.5 million (yes million) pizzas sold on Super Bowl Sunday in 2020. And it is estimated to be at least that or more this year. But there will not be any carry-out or delivery pizza in my house!

My son is a Green Bay fan, so I originally planned to make a ‘Packers’ pizza…bratwurst & sauerkraut. But since they didn’t make it to the BIG game, I decided not to add insult to injury. So, I let him choose what he wanted from the 100+ pizza ideas that I have. He chose a stuffed crust pizza.

I decided to do some research on what is a stuffed crust pizza. I discovered that Pizza Hut first introduced a stuffed crust pizza in the U.S. in 1995. (It seems they are always on the cutting edge as I mentioned in last week’s post, they will be the first national chain to introduce the Detroit Style pizza this year.) There have been several pizza chains that have followed suit with their own stuffed crust.

After exploring the options, I decided to stick with cheese. I made my Pan Pizza Crust. (See recipe here.) I cut 8 string cheese (mozzarella) into fourths so it would be easier to place around the pizza pan. I stretched the dough an inch over the pan. After placing the string cheese pieces around the edge of the pan, I very carefully stretched the dough around the cheese and sealed the dough. I then topped the interior of the crust with pizza sauce, Parmesan cheese, double pepperoni, peppers, onion, black olives and Monterrey Jack cheese. Here is the end result… 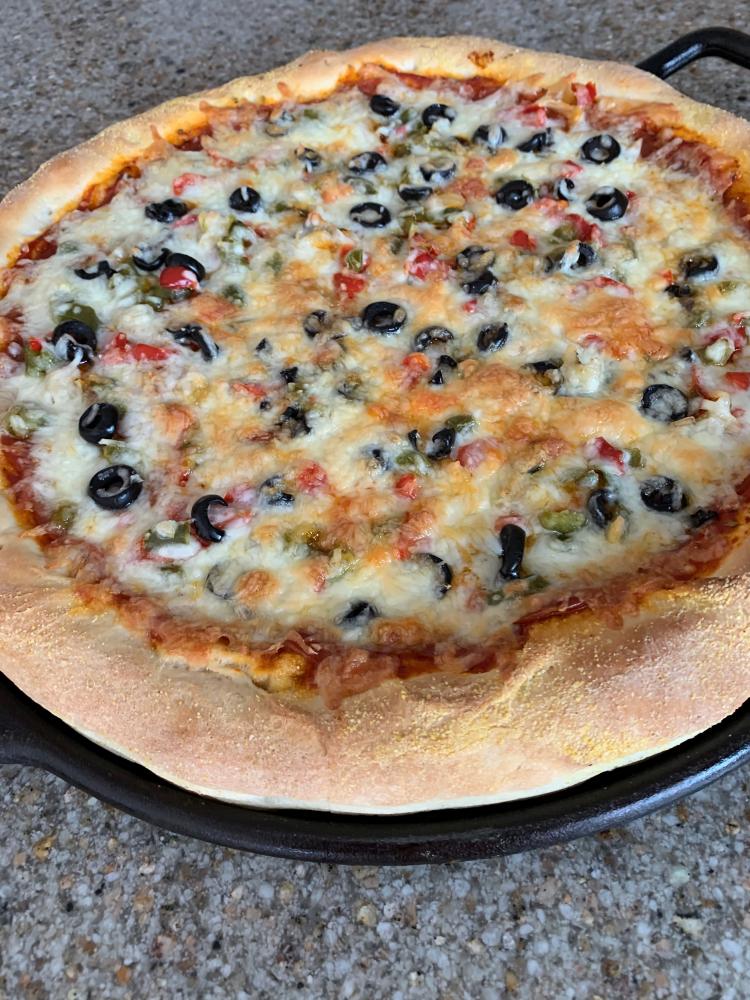 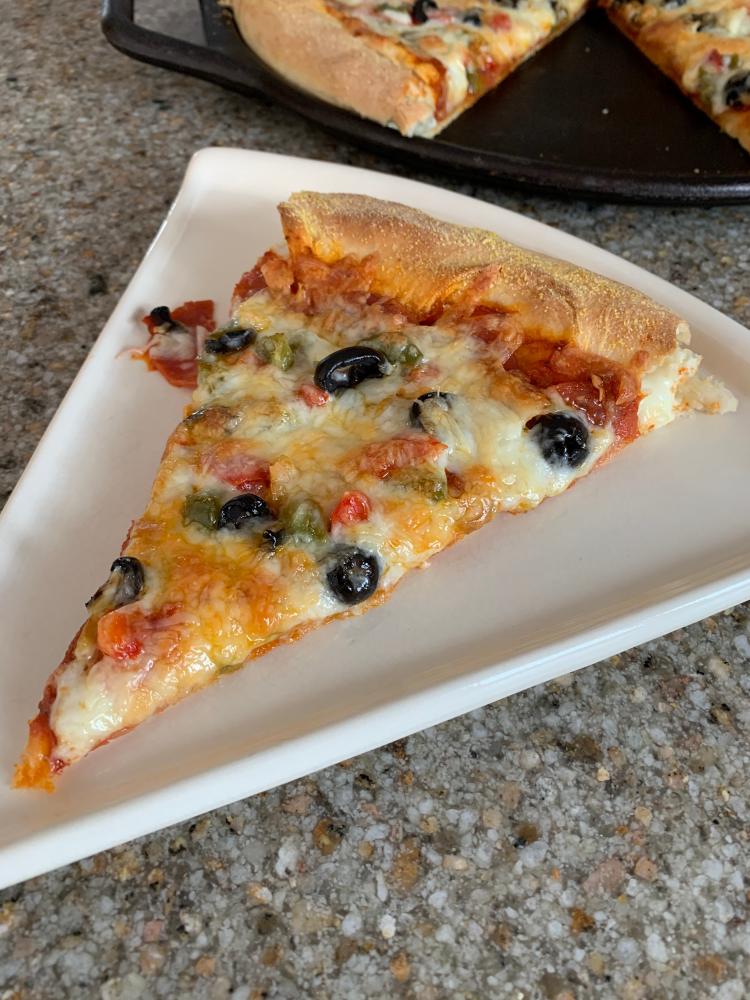 Although the game doesn’t start until 5:30 we ate our Game Day Pizza early. Not to worry, we have other foods from the Top 10 on the menu for later…the BEST homemade queso and of course chicken wings. (I do have some veggies and dip as a healthy alternative. Lol)

This past week’s Thursday Dough Day: Matthew made Pigs (hot dogs) & Cheese in a Blanket with pizza dough. 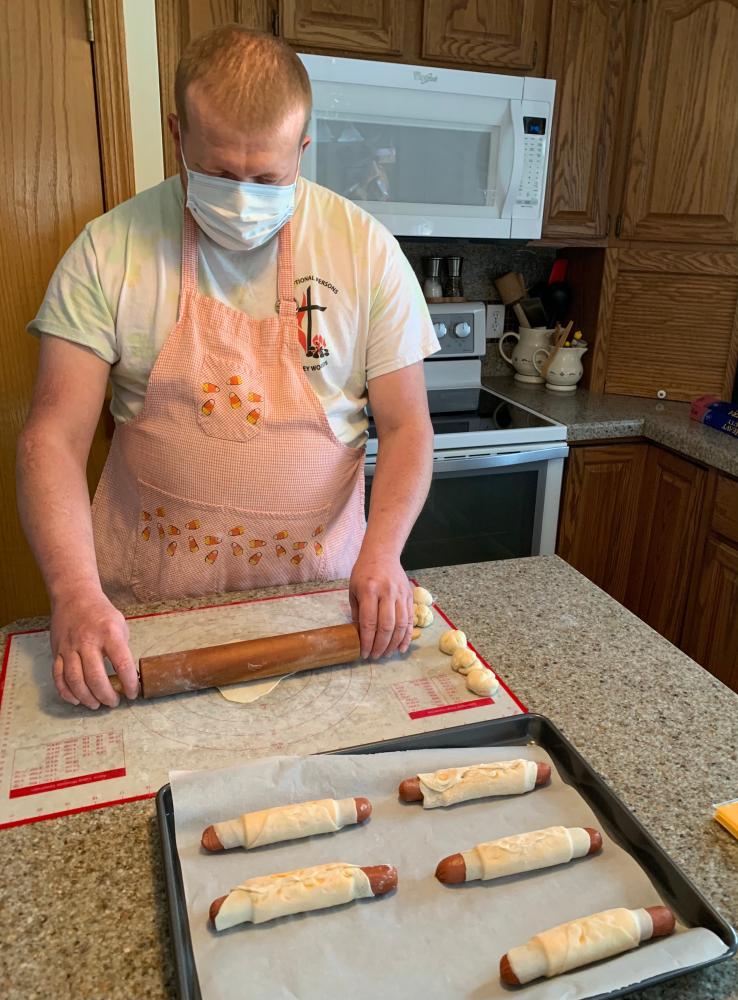 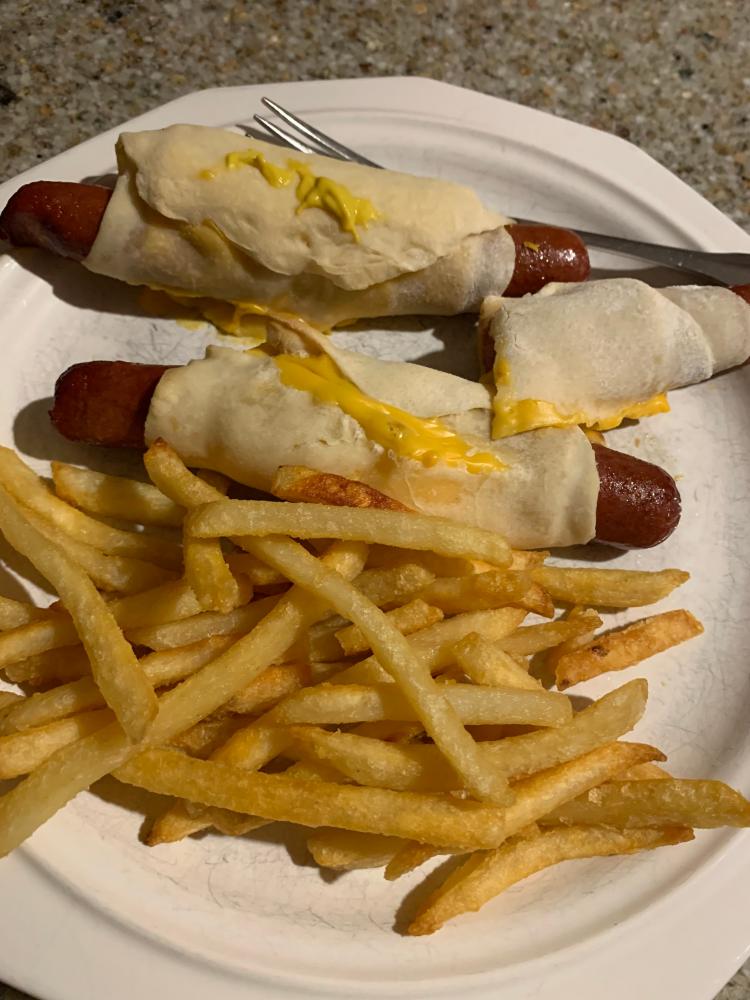 Stay tuned for next week as I continue on this Pandemic Pizza journey.