The Merriam-Webster Dictionary defines pizza as “a dish made typically of flattened bread dough spread with a savory mixture usually including tomatoes and cheese and often other toppings and baked.”

According to Wikipedia, the term pizza was first recorded in a Latin manuscript in the 10th century.

What we consider to be the first modern pizza evolved in Naples, Italy, in the 18th or early 19th century. Neapolitan pizza is protected as a designation of origin in Italy. In the US it evolved into the New York Style Pizza.

The one I make the most often is a pan pizza crust. Pan pizza typically has a thicker crust with the sauce put directly on the crust and then the toppings are layered on. This style was popularized by Pizza Hut in the 1960’s. I like this crust because you can really load on the sauce & toppings and it won’t get soggy.

1. In the bowl of a stand mixer dissolve yeast & sugar in warm water (110-115 F). Let stand for 5-10 minutes until foamy. Stir in oil & salt. Add flour and with the hook attachment knead until dough holds together, but is still slightly sticky. About 2-3 minutes.
2. Form dough into a ball & put in a bowl sprayed with Olive oil PAM, turning to coat. Cover with a towel and let sit in a warm place until double in size, at least 1 hour.
3. Punch down dough & knead 4-5 times. Let rest for 15 minutes.
4. Oil a pizza pan & sprinkle with corn meal. Stretch dough into the pan approx. ¼” thick.
5. Add sauce, cheese, toppings & more cheese.
6. Bake at 425˚ for 20-22 minutes. Rotating the pan half-way through.

Note: I prefer using a cast iron pizza pan, but any pizza pan or rectangular rimmed baking sheet will do. 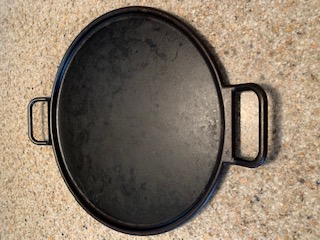 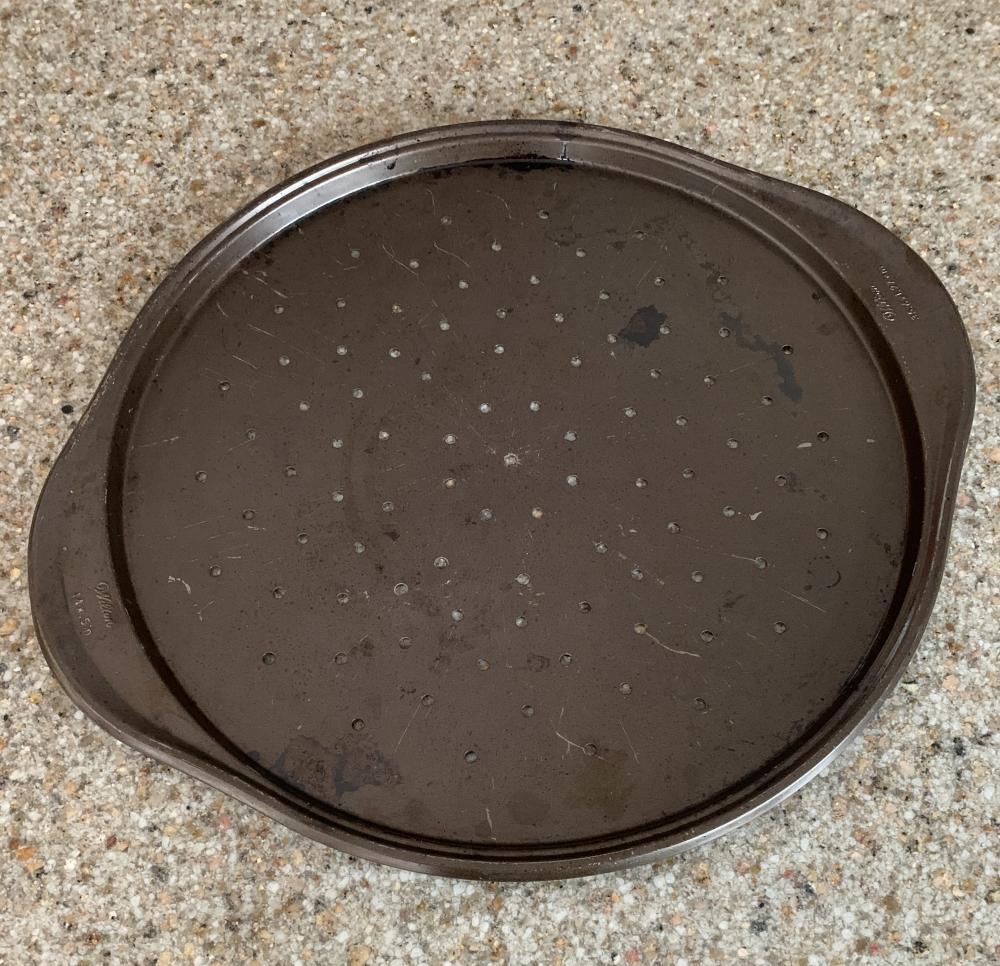 Thin crust pizza is one of the most common in the United States. What you may not know is that it originated in Italy where it is usually baked in a brick oven. The sauce & toppings should be layered on sparingly so the crust doesn’t get soggy.

1. Preheat the oven and a pizza stone to 450 degrees.
2. In the bowl of a stand mixer dissolve yeast & sugar in warm water (110-115 F). Let stand for 5-10 minutes until foamy. Stir in salt & add flour. With the hook attachment knead until dough holds together, but is still slightly sticky. About 2-3 minutes.
3. Let the dough rest for 5 minutes. Divide it into two equal portions and form each piece into a ball. If you do not wish to make two pizzas immediately, the second ball of dough can be wrapped in plastic and stored in the refrigerator for up to two days, or frozen for up to 3 months.
4. Press the dough down into a flattened circular disk, then use a rolling pin to roll it out into a thin circle, about 12 inches in diameter and 1/8 inch thick.
5. With a pizza peel carefully transfer the crust to the stone. Then bake in the preheated oven for 5 minutes, or just until the edges develop a hint of color.
6. Remove the crust from the oven then add sauce, toppings & cheese sparingly so the crust doesn’t get soggy. Bake for an additional 7-10 minutes, or until the cheese is bubbly and the crust is a medium golden brown.

Note: If you don’t have a pizza stone then preheat an upside-down rimmed cookie sheet. Prepare the pizza on the cookie sheet. 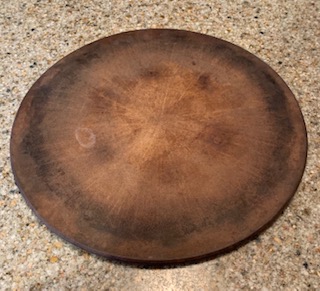 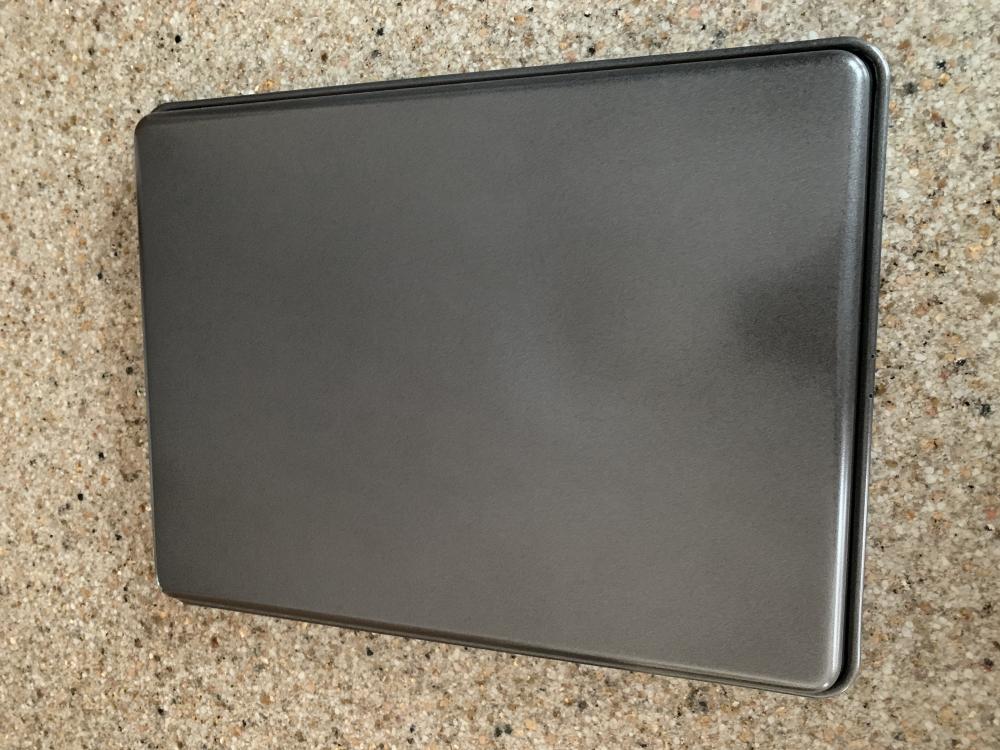 Pizza came to New York in 1905 when Gennaro Lombardi opened the first pizzeria in Little Italy. He served large wide pies and sold slices for 5 cents. If you are ever in New York be sure to visit for a slice baked in the brick coal fired oven.

1. Combine water, yeast, and sugar in the bowl of a stand mixer; stir well and let sit until mixture is foamy and bubbling, about 20 minutes.
2. With a dough hook stir in 2 tablespoons olive oil, salt and flour until dough holds together. Knead dough until soft and slightly sticky, about 10 minutes.
3. Coat the inside of a large bowl with 2 1/2 teaspoons olive oil.
4. Form dough into a ball and place in the prepared bowl; drizzle about 1/2 teaspoon olive oil over dough and spread to coat entire ball. Cover bowl with a clean kitchen towel and place in a warm area of the kitchen until dough is doubled in size, about 2 hours.
5. Punch dough down and place in a large resealable plastic bag; refrigerate 8 hours to overnight. When ready to use, remove dough from refrigerator and bring to room temperature before using.
6. Preheat the oven and a baking stone to 450 F. Rolling out the dough and brush the edges with melted butter, prebake for 8 minutes. Then add desired sauce and toppings, and brush the edges again with melted butter and finely minced garlic for extra flavor. Bake for approximately 15 to 20 minutes, or until crust is golden brown.

In addition to my Sunday Pizza Creations, I am now trying different ways to use pizza dough (other than pizza) on Thursday Dough Day.

Thus far I have made Slider Buns, using the pan crust recipe, for meatball sandwiches. I divided the dough into 12 equal balls and baked them in a muffin pan. 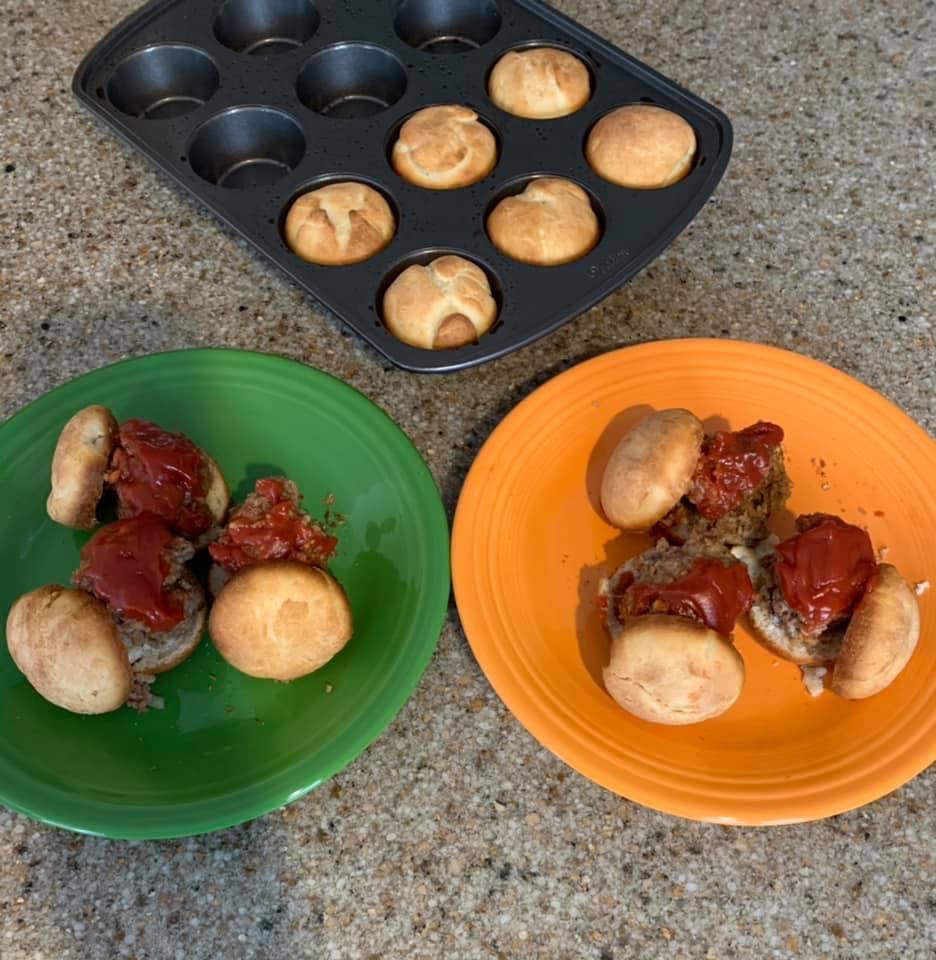 Calzones also using the pan crust recipe. Calzones are a folded over pizza. I divided the dough in fourths and everyone made their own. 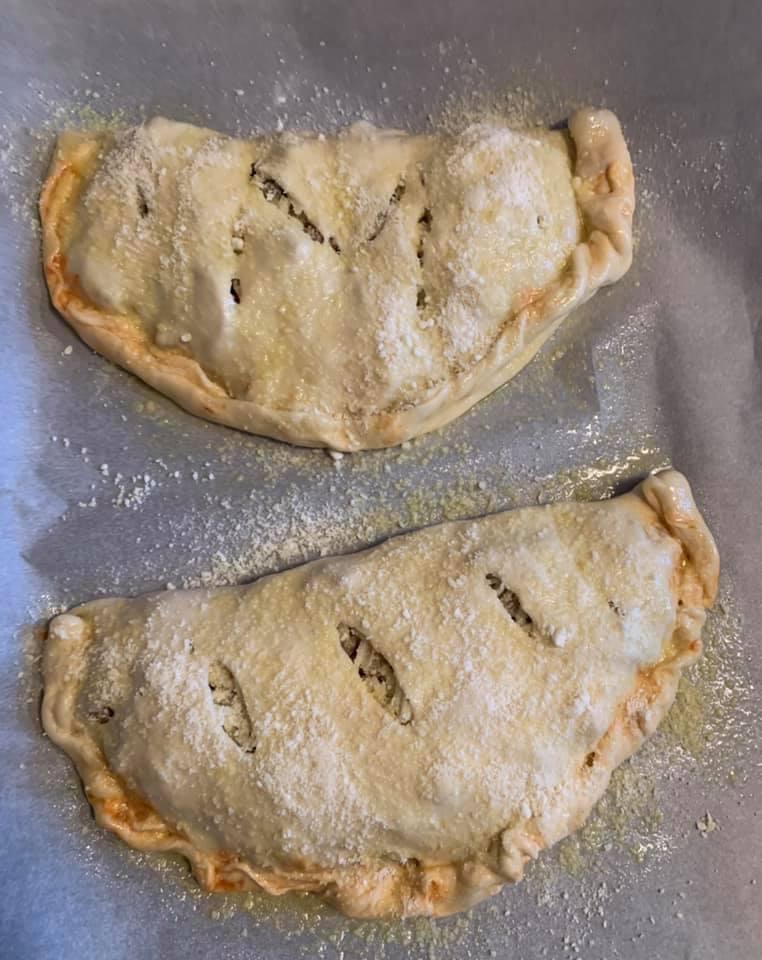 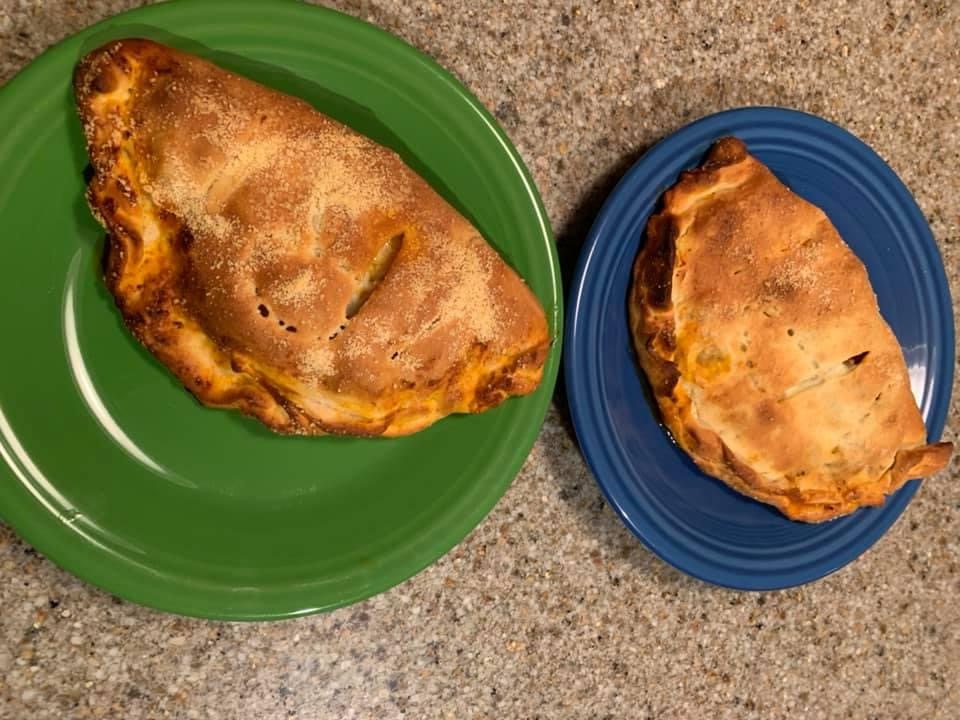 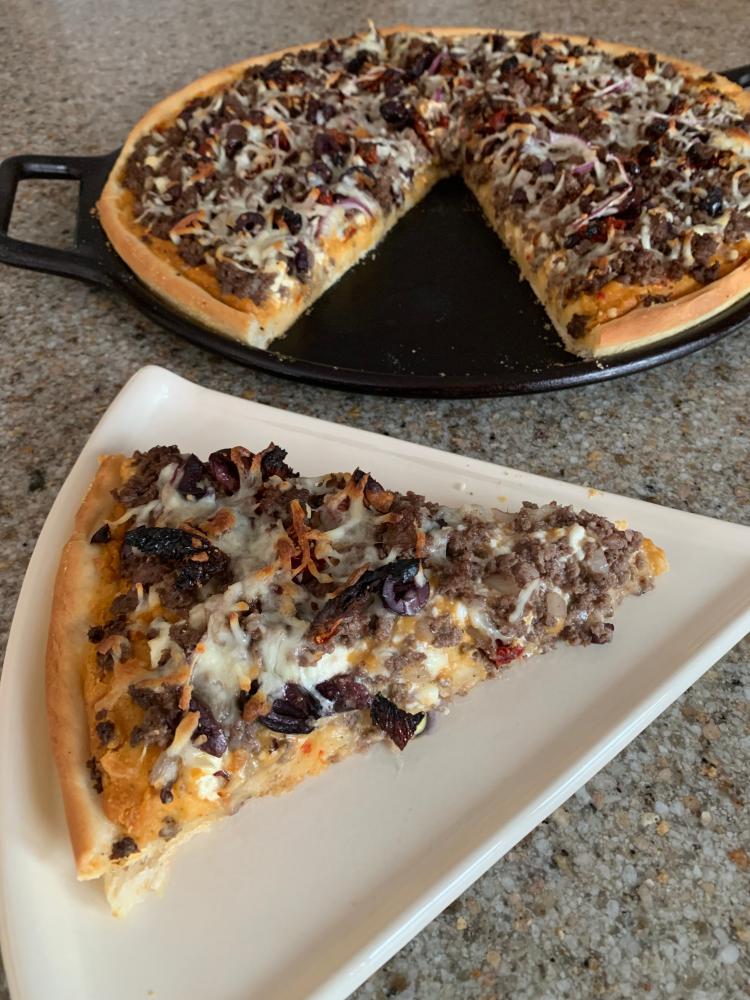 Next time I will share more styles of pizza and recipes for the crusts.