This is another guest post from my mother, Peggy Palmer-Johnson. See part 1 here!

You might laugh, but my first memory of food from another ‘culture’ was when my Mom bought a boxed Chef Boyardee Pizza Mix in 1965. Although it was a very rare treat, I fell in love with pizza! 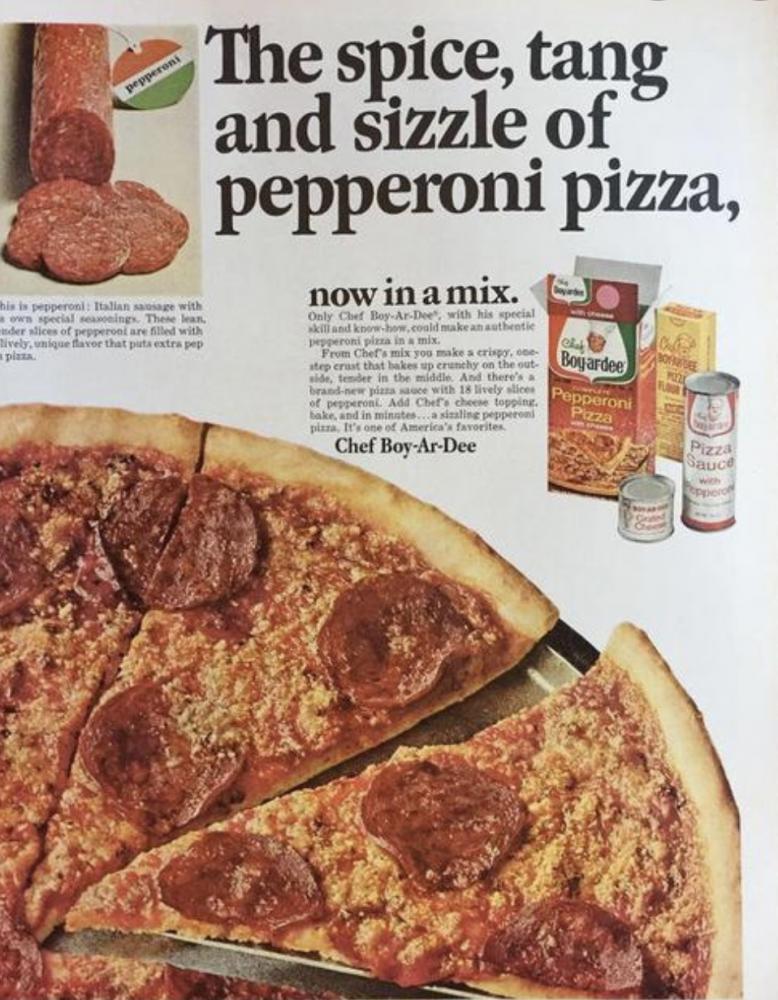 I was in 7th grade before I had my first restaurant pizza in Waterloo, Iowa. My church youth group would go to Shakey’s Pizza Parlor (the very first pizza chain in the U.S.) after youth group on Wednesday nights. That is where my love affair with pizza truly started. Learn more about Shakey's pizza here. 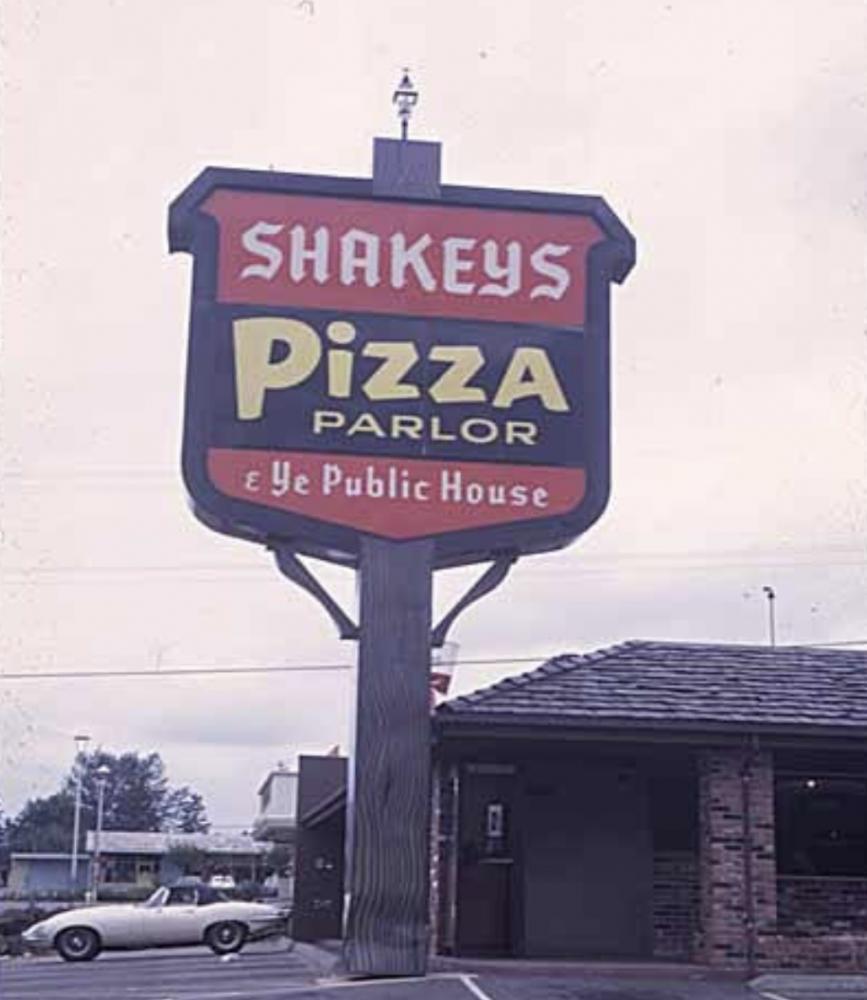 Throughout high school & college I continued to eat pizza whenever or wherever I had the opportunity. As an adult we would seek out the best pizza places while living in Ohio, Indiana and later Iowa. One of our all-time favorites for pizza and entertainment in the mid to late 1980’s was the Paramount Music Palace in Indianapolis, Indiana. The “Mighty Wurlitzer” was one of the largest theater organs in the nation. The 500-seat pizza restaurant was built around the massive organ. There were 4000 organ pipes installed behind vertical glass louvers, which controlled the swell of the sound. I don’t remember if the pizza was any good, but the entertainment was unforgettable. Learn more about that here. 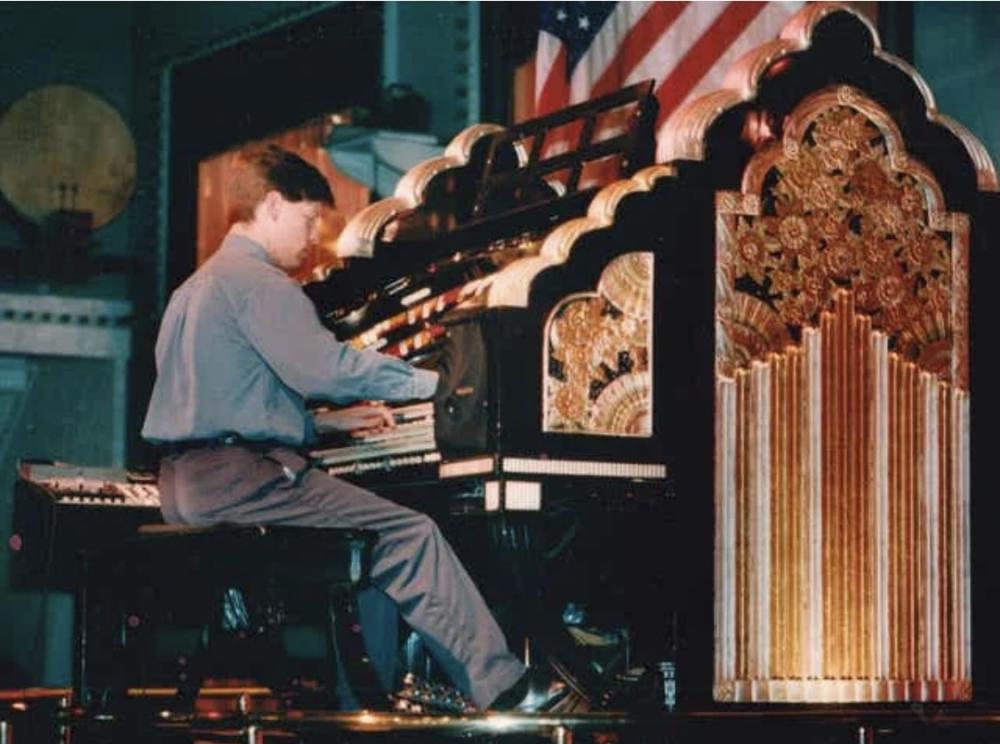 When we lived in West Lafayette, Indiana our kids loved to go to the Pizza King in Lafayette. You ordered your food and drink through a speaker in the wall of each booth. The highlight was having our drinks delivered to our table by a model train. Each booth had a different scene from the city and a plexiglass door would open when the train arrived at your booth. 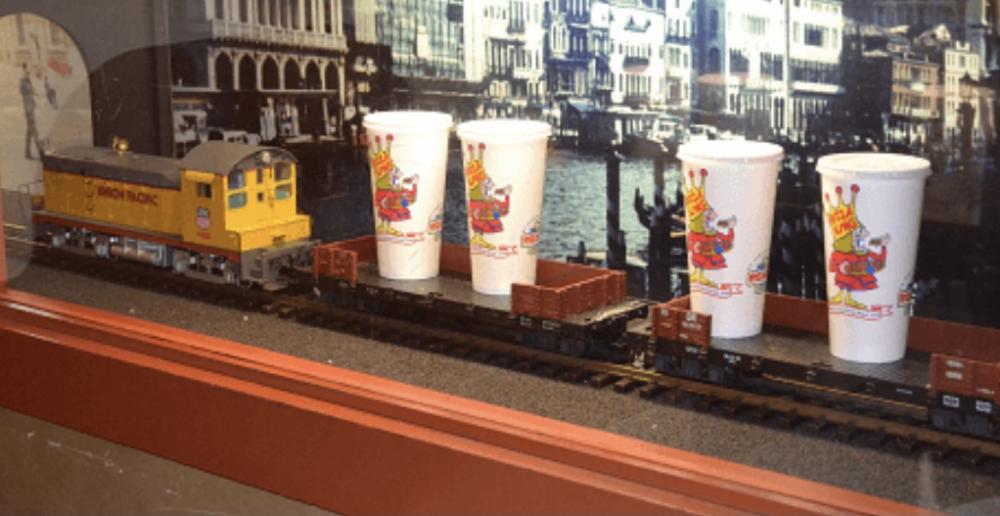 We moved our family to Des Moines, Iowa in 1991. After a long week of work and school, pizza soon became our Friday night ritual. We frequented the nearby Breadeauz Pizzza in Waukee. I loved their bratwurst & sauerkraut pizza, my family not so much. Unfortunately, it closed a couple of years later. 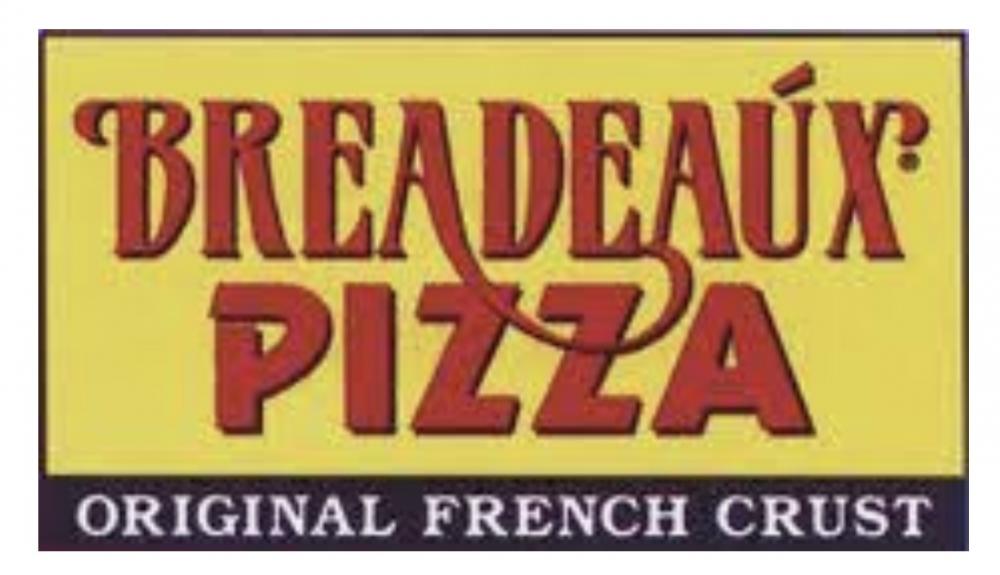 When a new Casey’s General Store was built nearby, we discovered the famed Casey’s gas station pizza. We each had our favorite: Meat Galore, Taco, Bacon Cheeseburger Breakfast Pizza. 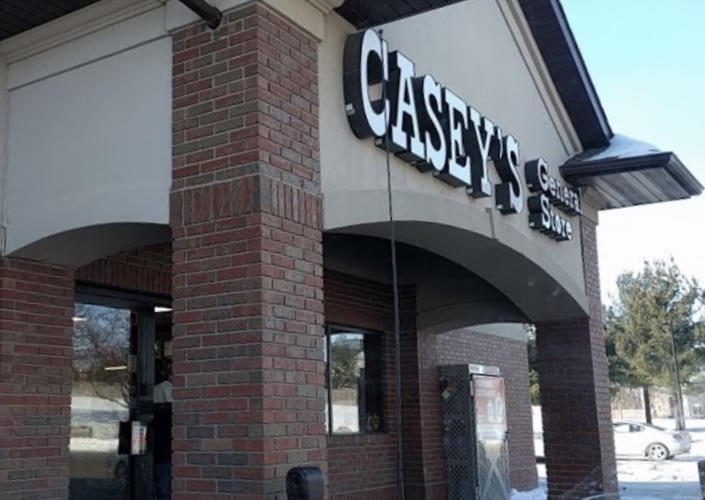 There are many other great pizza places in Des Moines, including several old established family restaurants in the Italian community on the south side. But Casey’s has always been our old standby when tired and hungry, especially since it is only a half mile from home. After our kids left home, we became more adventurous in dining out. As the restaurant scene in Des Moines exploded, Friday night date night found us enjoying a locally owned restaurant that we had never been to before. And then...the COVID-19 Pandemic shuttered restaurants in March 2020. As they started to reopen in May we made the decision to not eat out since the Pandemic was not over. I have always loved to cook and bake, so it wasn’t that big of a deal to stay home. But I missed trying new things so I started getting more creative with my menu planning. On September 27, 2020 I had a lot of leftover brisket and there are only so many sandwiches you can eat. So, I was inspired by Casey’s pizza of the month. a BBQ Brisket Pan Pizza with fresh tomatoes and jalapeños from the garden. 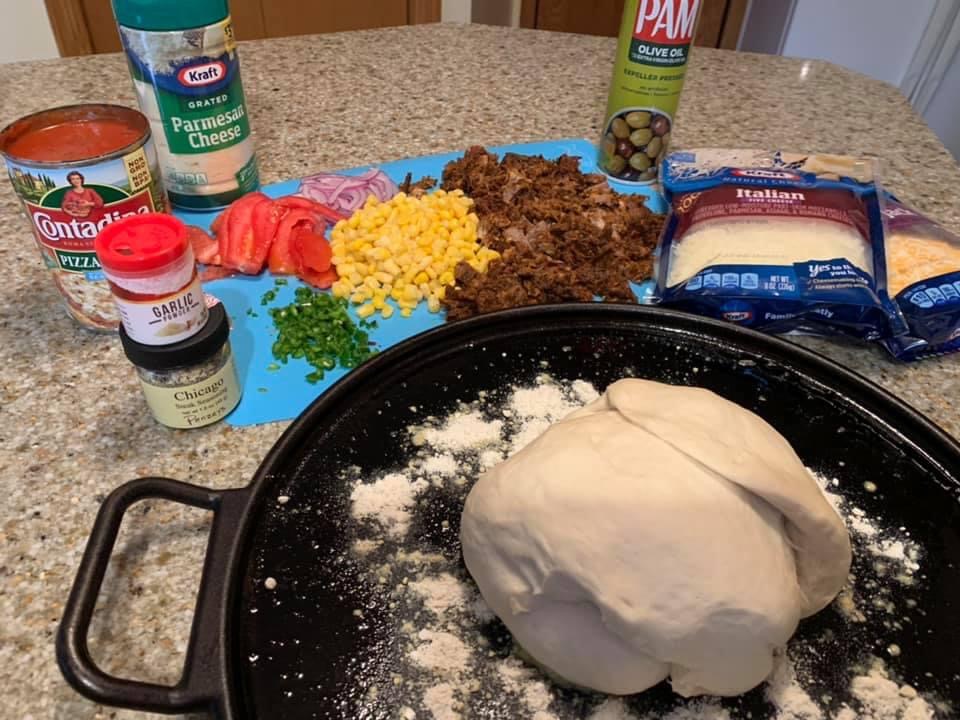 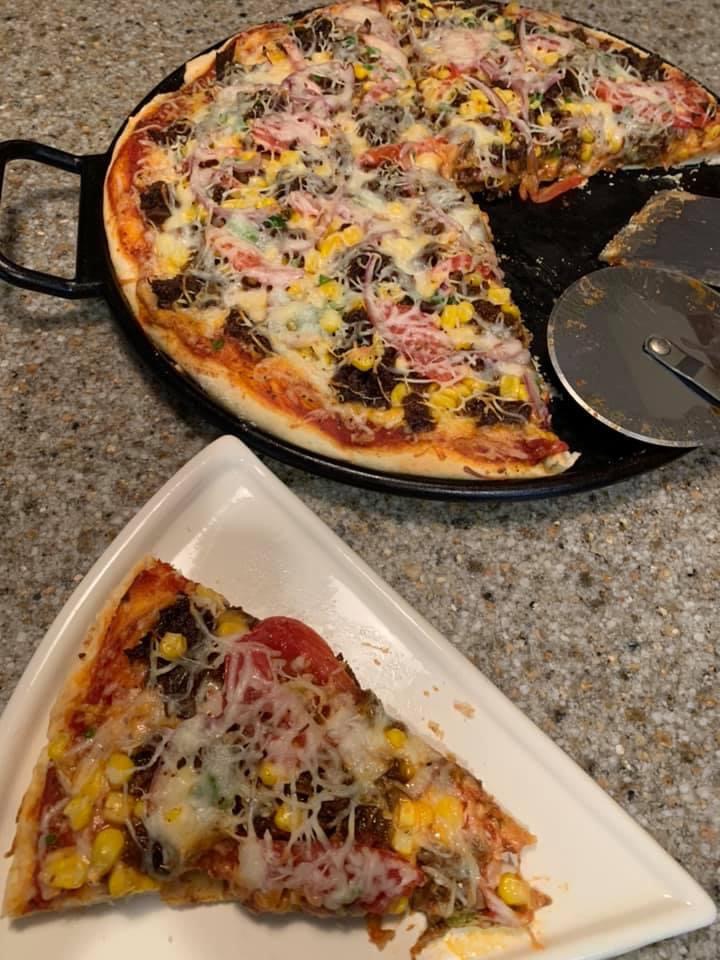 The following week I read that October was National Pizza Month. 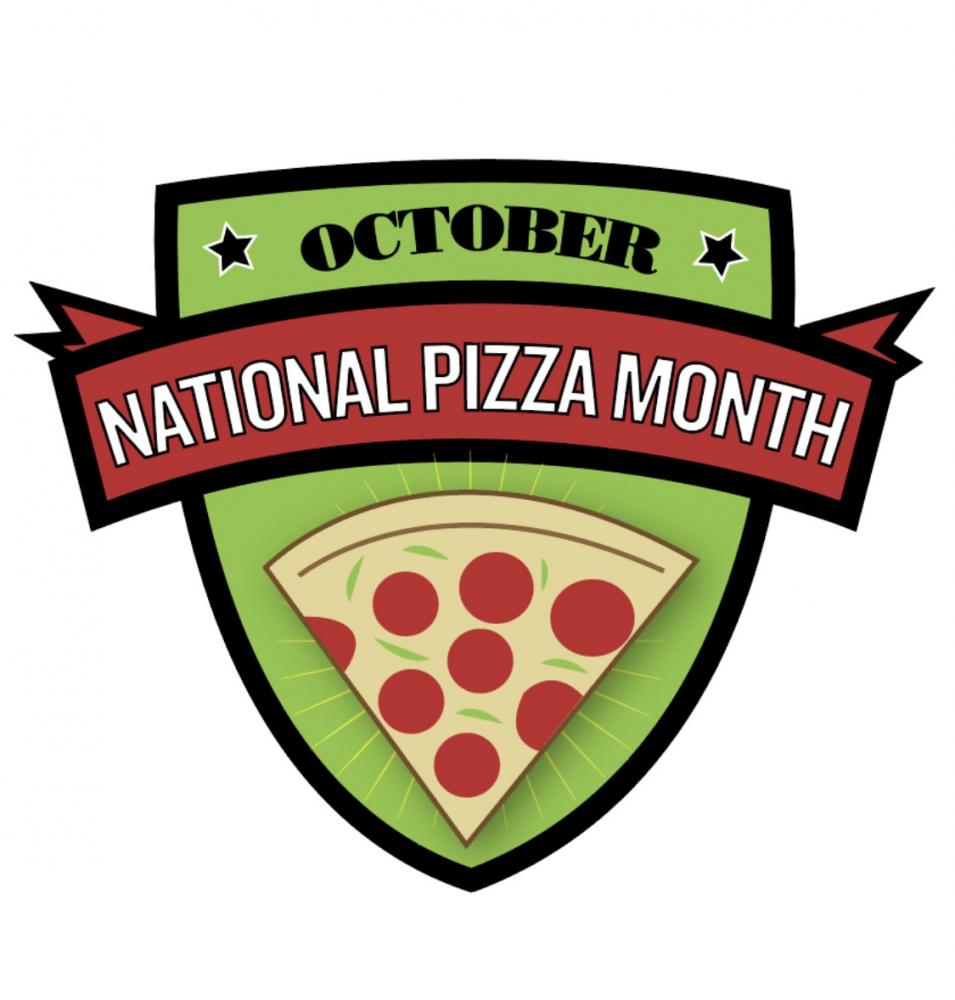 So, I decided that I would create a new pizza every Sunday in October. It was a hit with my husband & son, so a new tradition was born. Then my creative juices started flowing and I came up with so many ideas to put on the pizza crust. So far, I have created 16 different pizzas and I have ideas for dozens more. Every Sunday, I make the pizza dough first thing giving it time to rise while we attend our church on Facebook live or YouTube. 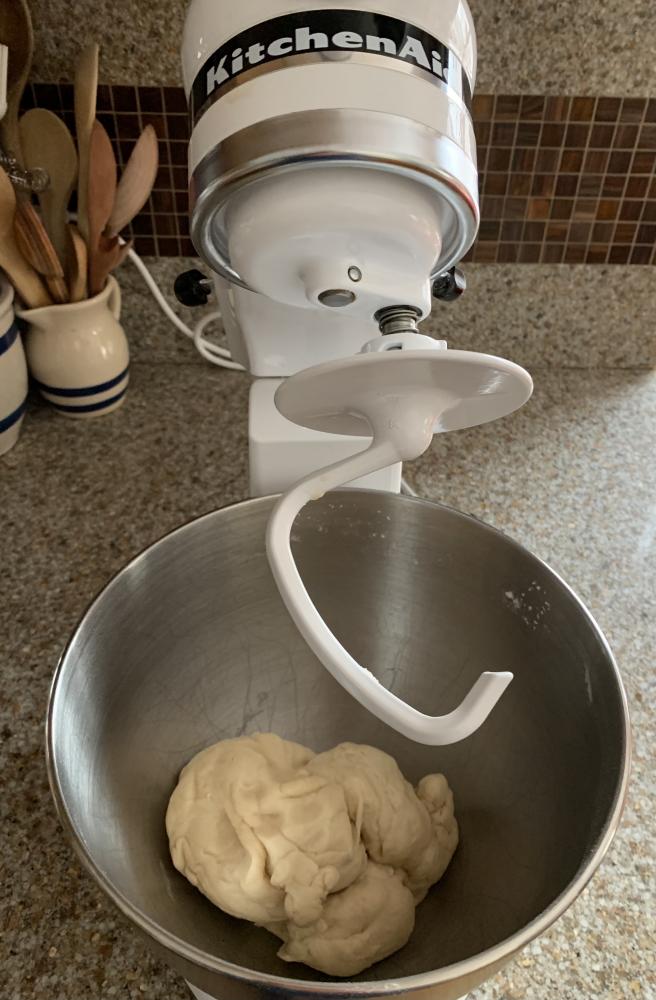