Since we arrived in London shortly before the lockdown we have, for obvious reasons, not done much eating out. Sure, we could have done takeaway, but if we can't enjoy actually going out and being in a restaurant I'd rather just cook at home. The bright side is this saves us money and is (usually) healthier. The less fun side is that we aren't getting to try all the amazing restaurants right at our fingertips. (Though, let's be honest, we probably couldn't afford to eat at most places...) However, we have made an exception for trying a donut place down the road...Happy Donuts! 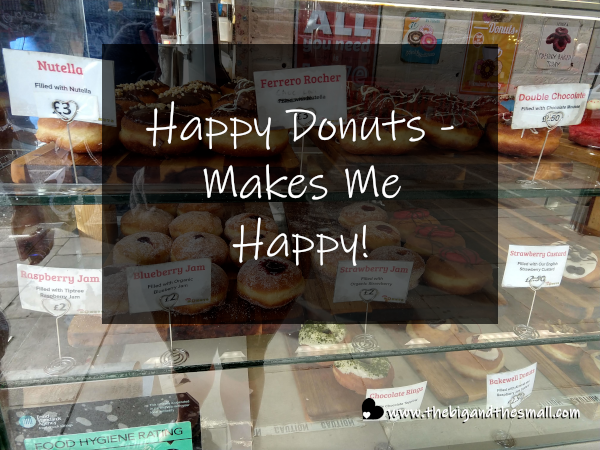 Happy Donuts is right on Portobello Road, the main shopping thoroughfare of Notting Hill. When life is in full swing, there is a market that takes up most of the street and tons of shops lining either side of the road. The first couple of months we were here it was very quiet and closed other than the supermarkets. But lately, things have been opening up, including the donut place!

We decided that even though we are actively losing weight, we would treat ourselves to donuts once a week as long as we were on track to reach our goals. Boy oh boy, was that a good idea! I mean, just look at the selections here. I am drooling just look at it, and adding flavors to my "to try" list. 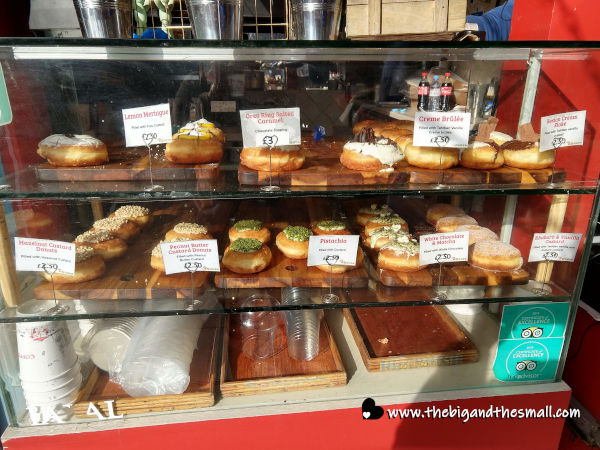 The first time we got donuts it was a tough choice to make. We ended up going with peanut butter (for Joel) and Ferrero Rocher (for me.) They are so decadent! I mean, usually just a single Ferrero Rocher can satisfy my sweet tooth, let alone one on top of a whole donut filled with Nutella! Joel's was filled with a peanut butter custard and was also truly amazing. Of course, I love peanut butter and chocolate together so if they ever made a combo of these two I would be immediately sold. But you know what works just as well? Taking a bite of one and then the other! 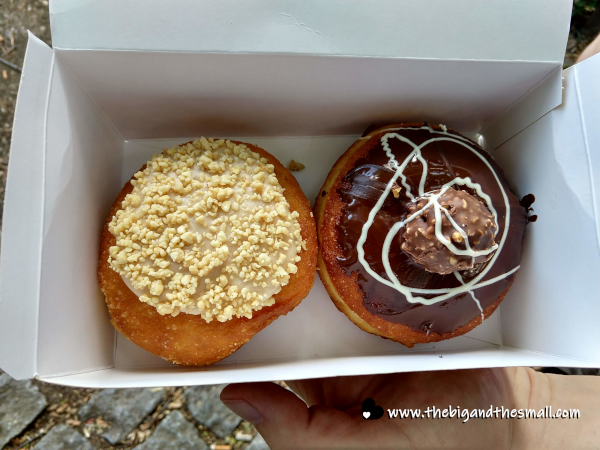 The second time I knew I wanted to get the red velvet donut because it was Pentecost (cheesy, I know.) While tasty, the ring donut just doesn't hold a candle to the filled ones. Joel's choice of lemon meringue knocked my socks off and I definitely have plans to get one of my own sometime (he let me have one bite but that was it!) 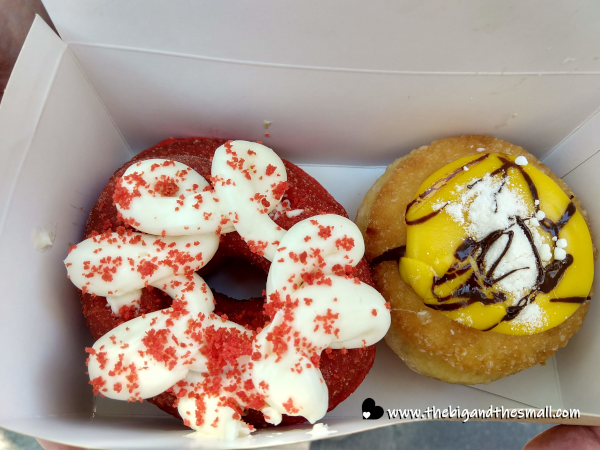 The third time we treated ourselves early because it was National Donut Day! Which, sure, only takes place in the US (apparently) but we can still celebrate US holidays! It is the first Friday in June every year, just FYI. Joel went for the Bakewell and I went for Bannoffee. Bakewells are a sweet treat here that Joel in particular loves - an actual Bakewell is almond and cherry flavoring in a small tart, so the donut played with those flavors. Bannoffee had a dulche de leche filling and dried banana pieces on top - it was so good and I loved the extra crunch that gave. 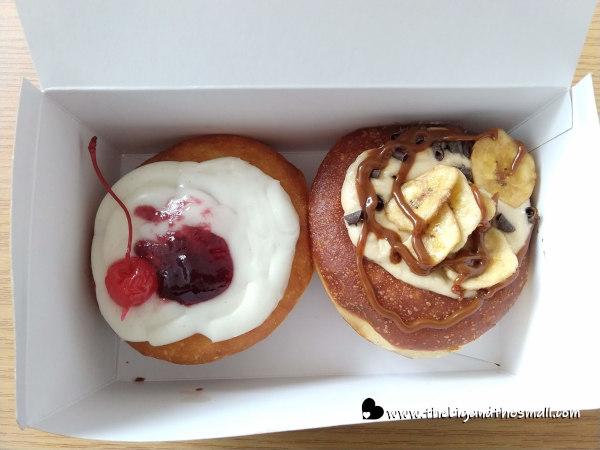 Recently, we discovered that if we go late at night, just before close, we can get the donuts for a steeply discounted price. We get less choice over what kind we get - but we've gotten them for as little as £1 each (they are usually £2.50-£3.50 each!) We had some repeats this way, but we also got to try one filled with milk chocolate mousse and one with a rhubarb vanilla custard. I, unfortunately, didn't get any pictures of those.

Before writing this post I thought I had mostly tried all of the flavors I wanted to...but looking back through the pictures reminded me of so many more I want to try - white chocolate matcha, creme brulee, pistachio, strawberry custard, and more! Looks like we'll be going back to Happy Donuts for the foreseeable future!

I really enjoy getting an indulgent sweet treat and supporting a local business. I'm willing to really splurge on these donuts because I know they are something that I would never make myself - so to me that makes it worth the somewhat hefty price tag! (I've learned to make a rule for myself that I don't buy at restaurants anything I can easily make for myself - so far that list includes mac and cheese, burgers, and nachos.)

Alright, I'm off to drink more water and work out so I can treat myself to a donut this weekend!