I had a lot of other things on my list to write about this week. But I just can't bring myself to write about Netflix watch party or Doctor Who when so much is going on in the USA right now that needs to be addressed. Not that my "addressing" anything is going to solve anything...but I can no longer stay silent when it comes to issues of race. Because to be silent in the face of injustice is to side with the oppressors. 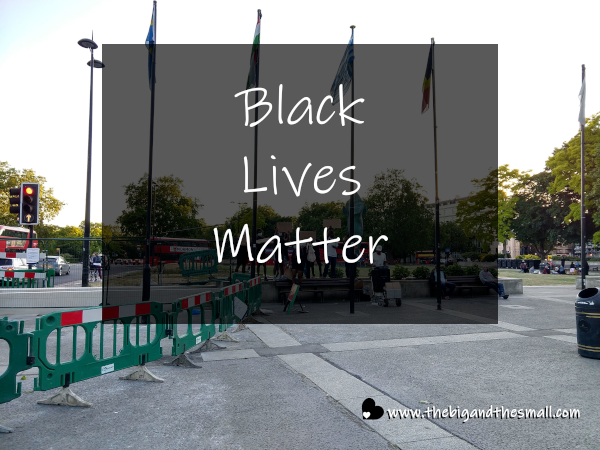 I am white. And I have benefited from a massive amount of white privilege (and other kinds of privilege) in my life. Joel and I have often discussed amongst ourselves that the whole reason we get to live in the UK right now is because of our large amount of privilege - financial, social, educational, and yes, our white privilege. People like to say that if you don't like America for 'insert reason here' just leave - well, I'm here to tell you that moving to another country is not easy, and it requires a ton of privilege. Usually, those fighting to change things don't have the option to just leave (also, they shouldn't have to.)

I am white and American, and therefore I am complicit in the structures of white supremacy that undergird the United States. I have never on purpose tried to be racist, but I know I have unconscious biases that I need to check. I know I have participated in and benefited from racist systems. It is not enough anymore for any of us to be "not racist" - we must work to be actively anti-racist.

What that looks like for each of us is going to look different according to where we are, what platforms we have available to us, and what we are capable of doing. For me, I know I have to start with further education. I have to start with having uncomfortable conversations with my fellow white citizens. I have to start with listening to black voices and centering their experiences when it comes to race in America and now here in the UK.

I know I don't have the answers, so I'm going to share some articles that are a good place to start.

1. This article from the Good Trade talks about how to be a better ally.

2. This article from the New York Times has a reading list.

3. This article from British Vogue also has a reading list.

I have added all of these books to my "to read" list - to the top of that list (though many of them I have to wait on hold until the books are available from my library online.)

Last night we went on a long walk through Kensington Gardens, on our way to a place called the Marble Arch. Joel had seen it on the map and had been wanting to go there for weeks. When we arrived, we were surprised to find a Black Lives Matter rally happening. It was small, but it was full of heart and voice. They were playing reggae music and holding signs referencing so much of what has happened in the United States recently - George Floyd, Ahmaud Arbery, and Tamir Rice just to name a few. 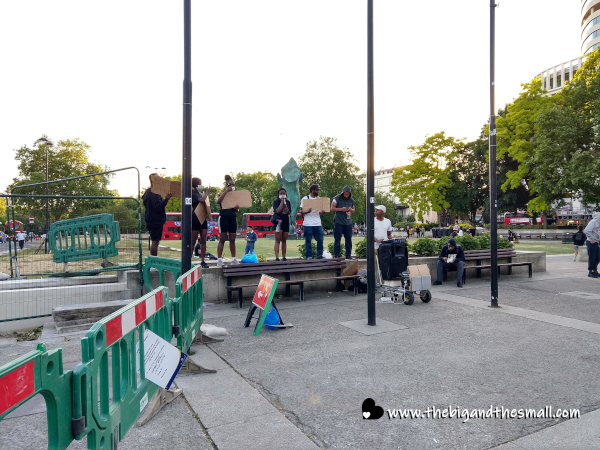 They talked about how racism is a problem in the UK, as well. They said that just because it isn't as bad here as it is in America "where they can gun you down on the streets" doesn't mean it isn't a problem. One speaker specifically said that while the US has "overt racism" here in the UK we still have "covert racism."

Nowhere is guilt-free when it comes to this problem. We all have work to do.

Final note - the phrase "Black Lives Matter" does not preclude the idea that "All Lives Matter." Yes, obviously they do. But all lives aren't the ones being threatened right now. The good shepherd left the 99 sheep to look for the 1 - does that mean that the lives of the 99 did not matter? No, it just meant that at that moment in time the 1 was the one who needed the most attention, the most help, and that is where help was given.

Oh, one more final note - if you find yourself more upset by the looting and rioting than by the loss of innocent human life at the hands of the police, you need to check yourself.

On those notes, we all have a lot of work to do. So let's get to it.