Even More of Milton Keynes

Last week I shared about the maze at Milton Keynes that absolutely fascinated us and held our attention for over an hour. But that's not all that Milton Keynes had to offer! Today I'll share about what else we saw in town and give you the verdict on whether Steve was right about it being a town we didn't like. 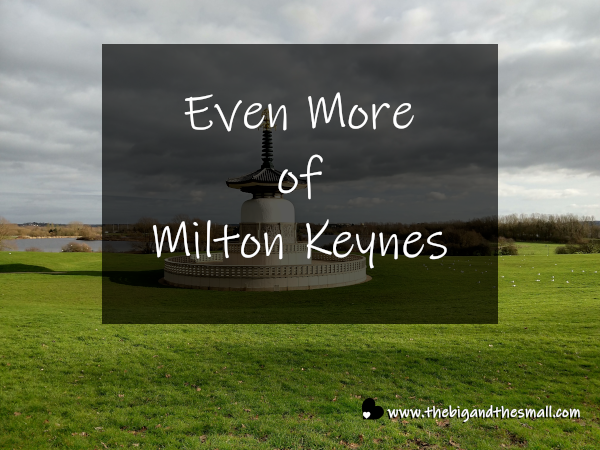 The park where we found the maze held several other delights as well. The first thing we found upon entering the park was the Peace Pagoda. This structure was built in 1980 and, according to the park website, was the first of its kind in the Western hemisphere. It was built by the monks and nuns of the Nipponzan Myohoji, a spiritual movement. Enshrined in the pagoda are sacred relics of Buddha presented from Nepal, Sri Lanka, and Berlin. 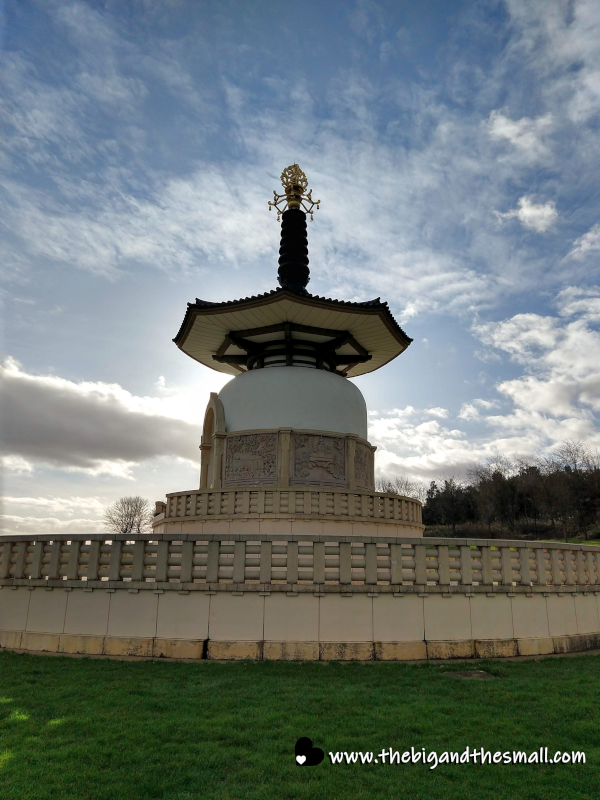 The design of the pagoda is traditional and tells the story of Buddha from his birth 2,500 years ago at the foot of the Himalayas to his death at Kusinagara after 50 years of teaching. It is absolutely stunning in its detail and design, and is surrounding by beautiful park land. Events are hosted here regularly, we saw a sign for an upcoming bean throwing festival which helps bring in Springtime. 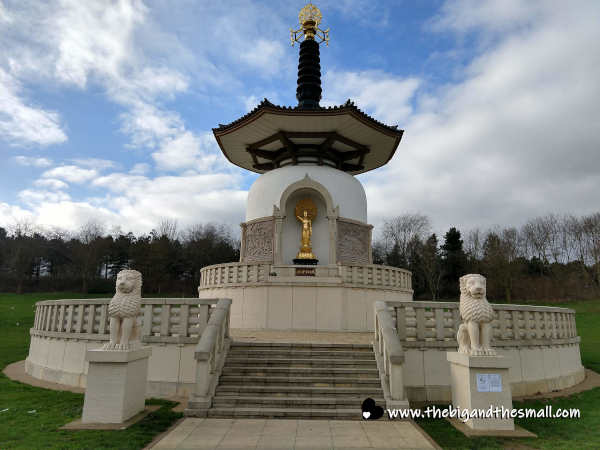 Near to the pagoda is a Buddhist Temple that regularly hosts services and spiritual events. Steve had hoped we might see some actual monks out and about (and that we might get invited in for tea, haha) but when we found the temple is was dark and quiet. 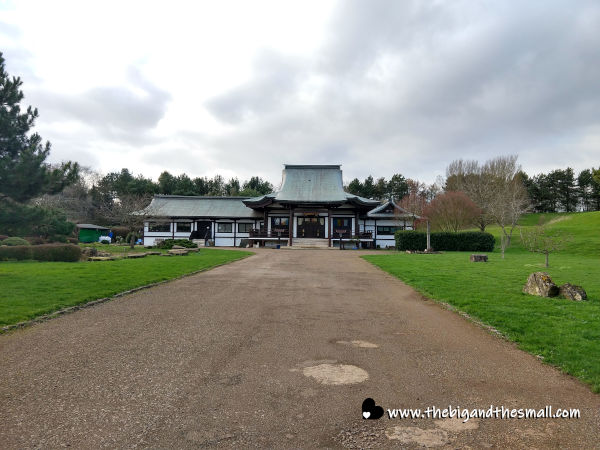 On our way out of the park we made one last stop at the prayer tree that is located between the temple and the pagoda. The tree is a place where people are invited to bring messages, prayers and wishes. In the past, people could attach these items to the tree in whatever way they wished, which led to some distinctly non-biodegradable things being added to the tree. You can see how the lower half of the tree is really weighed down with some of these items. The monks have now asked that all future items be bio-degradable or that people simply burn incense at the base of the tree. Any messages that the monks remove from the tree are burned with prayer and carried to the heavens. 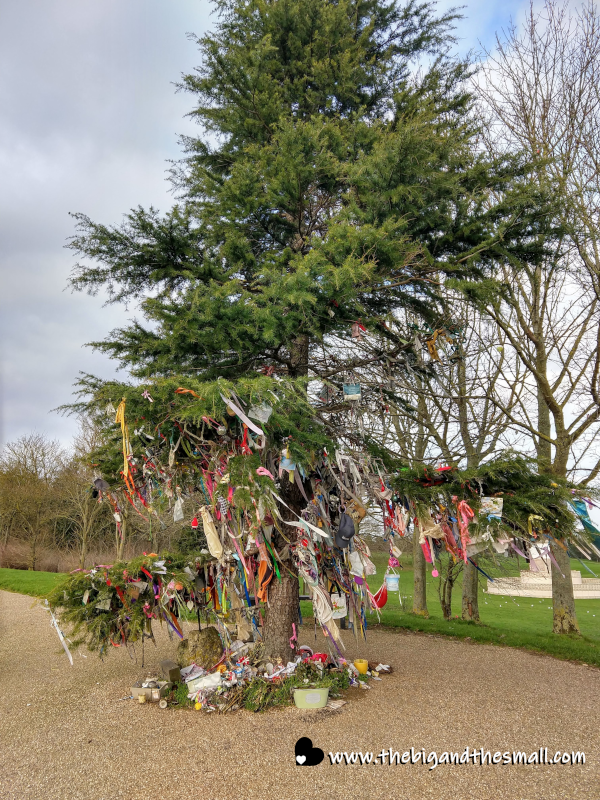 After thoroughly exploring the park and all that it had to offer (so much!) it was time to head to the town center. Here is where Steve thought we would realize that we don't love this town. He was kinda right, but mostly wrong. (Sorry Steve!) To be fair, the town center is not your typical adorable English town. There was no bustling High Street with cute boutiques, cafes, pubs, and charity shops. Instead, the main part of town is mostly a mall, very industrial looking, and just generally not attractive. So for sure, I did not love that.

However. When we realized what was inside of those boring corporate shells, well, we could not have been more excited! There was a huge movie theater with a monthly pass that lets you see all the movies for less than £20 a month! There was a trampoline park, a climbing gym, and a place that does indoor skydiving! There was bowling! There were arcade games! And the clincher? INDOOR SKIING. That's right, skiing! Skiing ties with movies as what I miss the most from our life pre-travel. 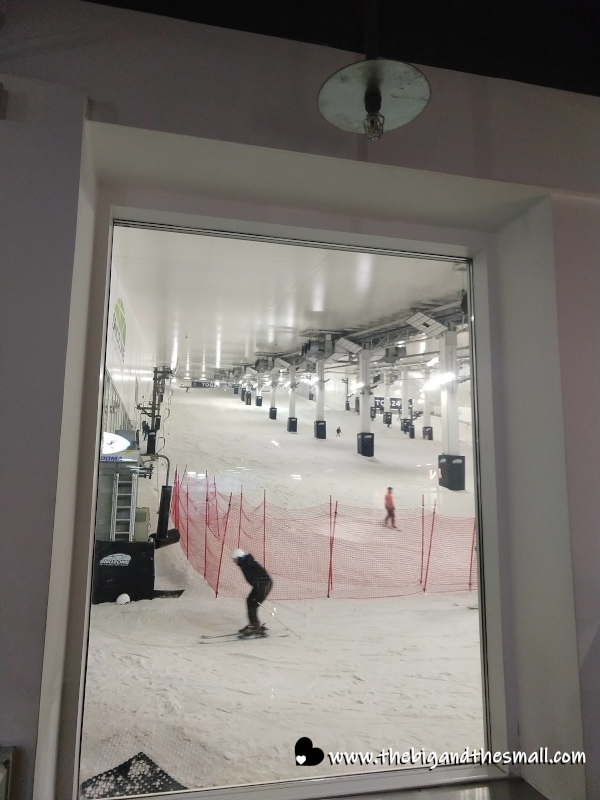 With all this on offer, I can forgive a town for not being super cute on the outside. Joel declared that he would absolutely love to live here, and while I would miss a good High Street, I had to agree. Of course, this is all a moot point now as we officially know where we will be living come September! Yep, I just slipped that bit of information in there! I'm not going to tell you where yet until it is all officially official and I get the all-clear to announce on social media but suffice it to say it's a super cute town with a super cute High Street and I am super excited!

Ahem, back to Milton Keynes. After thoroughly exploring all the fun things that we neither had time nor money to enjoy, we made one last stop on our way out of town. To a cathedral. A tree cathedral! The Tree Cathedral is modeled after an actual cathedral in Norwich, except this one is built out of trees. It is also a green burial site which means people can choose for this to be their final resting place. 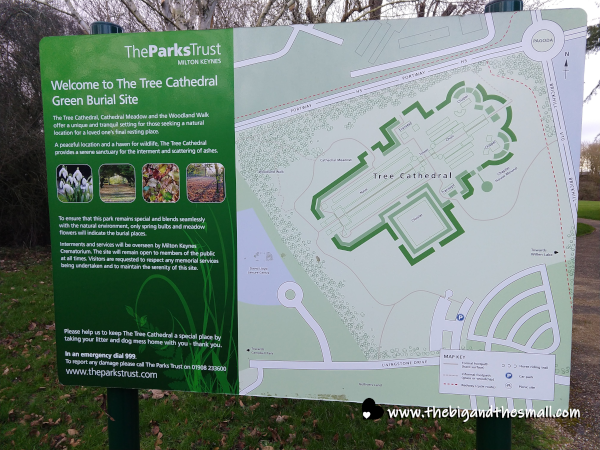 Despite the gray January weather, the tree cathedral was still something to behold. I can only imagine how much more amazing it would be in the height of Spring or on a crisp Autumn day. (I'm trying to switch to Autumn from Fall to be more British.) 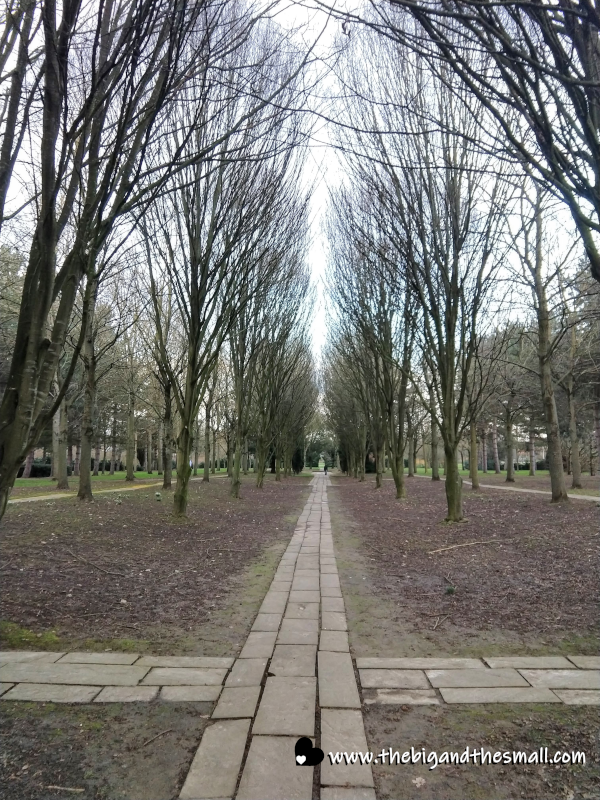 If I ever did live and serve a church in this area, I would so want to see about holding worship services in the tree cathedral on occasion. As far as I can tell right now they only have funeral services, not just regular worship. But wow, wouldn't a Sunday service in this space be amazing!? 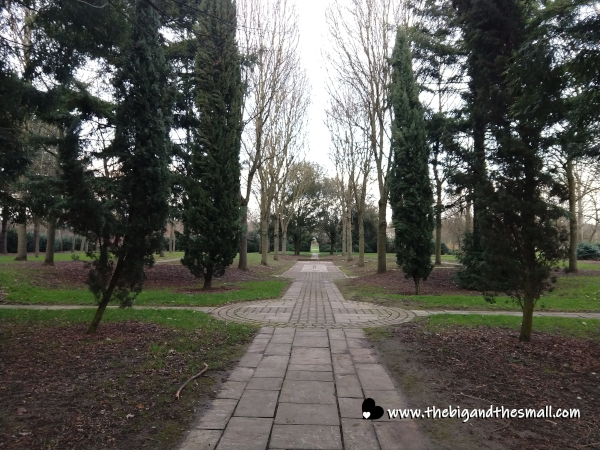 Our trip home from Milton Keynes was less fun than our day there. We left at just the right time to get stuck in traffic, then Steve's GPS had trouble re-routing around a roadblock (we thought it had then realized we spent 20 minutes driving in a circle and ending up in the same spot), and we got home much later than we intended. Ah well, we made it home in the end and all was well!