A Sunday at St. Francis

If truth be told, I was hoping to not still be in Welwyn Garden City this past Sunday. I was hoping not to still be here today. We are still waiting for promised things to come through and thus we are still in limbo as we wait for what will be to be. Thus I found myself going to church this past Sunday at St. Francis, the Anglican church around the corner where Joan is a reader and where I went to church on my own two weeks ago when Vince and Joan were out of town and it was raining too hard to walk all the way to the Methodist Church. 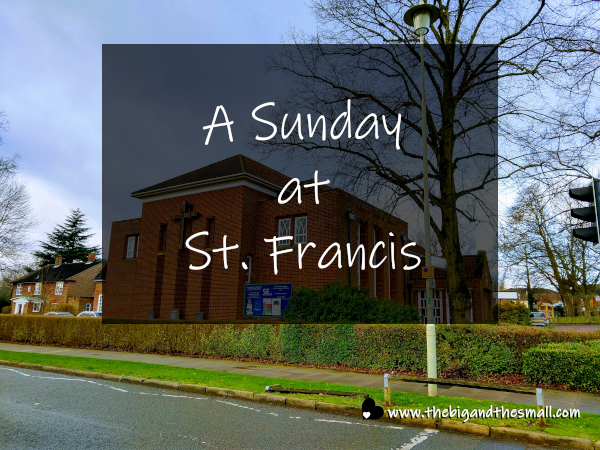 That first Sunday that I went to St. Francis, I found a very warm and welcoming congregation. The worship was lovely and easy to follow (always a risk one takes when going to a new church, even for a seasoned church-goer like myself) and I appreciate getting to receive communion at every service (not the case with us once-a-month Methodists.) During the fellowship hour afterward (which I might have skipped had I not wanted to linger long enough to leave a paper crane somewhere) an older couple recognized that I was new and alone and took it upon themselves to talk to me. They ended up introducing me to the vicar and someone who works with the youth - a man who just happened to spend his study abroad during his college years in Pella, Iowa at Central College! It is a small world indeed.

When I told Joan that I had been to St. Francis she was delighted, and then she told me about a special Sunday that was coming up, in which Bishop Rowan Williams was going to preach. If you're not familiar with his name, you might be familiar with the title he once held - the Archbishop of Canterbury. Bishop Williams held that position from 2002-2012 and upon leaving that post became a professor at Cambridge. He is a writer, poet, theologian and was the first appointee to the Archbishop position not from the Church of England - he is in fact Welsh Anglican. I could go on but needless to say, the man has an impressive resume and one would be privileged to hear him preach. (You can learn more about him on his Wikipedia page here.)

But alas, that first Sunday was January 12th, the Bishop wouldn't be preaching until the 26th, and I thought surely, surely, we wouldn't still be here by then. 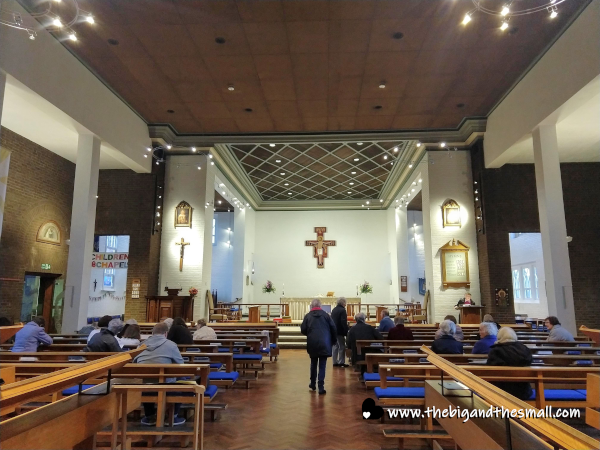 Well, you know how that story goes. We are still here. But on the bright side, I got to hear Bishop Rowan Williams preach yesterday.

He was excellent. He has one of those commanding, deep, preacher voices, the kind that once had me convinced I could never be a preacher myself because I would never sound like that. (Don't worry, I got over that idea.) It's the kind of voice that I could listen to all day even if he was just reading the phone book out loud. He spoke in such a way that I felt like he was speaking just to me, though a quick glance around the room told me that everyone else felt like he was speaking just to them. He weaved together perfectly academic references to St. Theresa of Avila and telling the kinds of stories that one might listen to over a pint at the pub. At one point, he apologized in advance for the name-dropping he was about to do in a story - he name-dropped the Pope. He was, in short, captivating.

I could never re-create everything he said, but I will do my best to share the cliff-notes version of it. He spoke of Jesus, and the miracles Jesus did of healing people, raising the dead, and more - the obvious kinds of miracles that we don't really see too often today. But he pointed out that even Jesus didn't think those miracles were very impressive - they were easy! - the miracle of Jesus that is more impressive, that is far more difficult, that still continues today, is connecting people with God and with each other. He spoke of difficulties in the Church of England that threaten to tear the church apart (the same ones threatening my beloved United Methodist Church denomination) and he said that the real miracle is that we all still gather together, every week, to worship God. "You, dear ones, are the miracle. No pressure."

He referenced the story in Matthew 4:12-23 of Jesus calling some of the first disciples. He points out that the two sets of disciples were fishing the same sea, but not together, which likely means that they were business rivals. Perhaps when they all first sat down with Jesus and saw the other was there, they recoiled, why is he here. As people, we tend to find reasons to squabble with each other and the church is no exception. The miracle, then, is that Jesus brings us all together.

I was very moved by his words and I think they will stick with me for a long time. I had the chance after the service, briefly, to speak with the Bishop, and I shared with him as much. I shared that I am an ordained minister in the UMC and he immediately knew that as a denomination that is struggling in many ways - struggling to stay together. We lamented as much, and yet re-grounded our hope in Jesus Christ. I wish I could have spoken to him more but there were, of course, many others who wished to do so.

I can't go so far as to say I am glad to still be in Welwyn Garden City, but I am glad I got to hear Bishop Rowan Williams preach yesterday. We'll see where this next week takes us and where I end up next Sunday.