As of today, we have been living in Welwyn Garden City for 3 weeks. I'll be honest, we chose this place completely at random. We were looking for Airbnb's close to London and yet within our budget...and we found one here that fit the bill! We spent two weeks living in a fantastic Airbnb with gracious hosts and plenty of privacy. 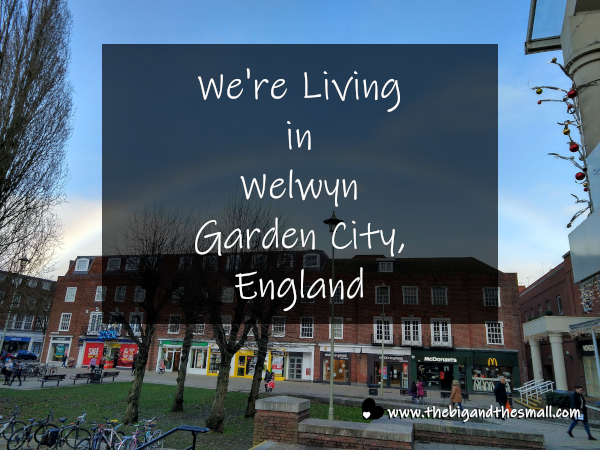 But, you all know how we usually travel. We housesit not only because we enjoy it (meeting new people, caring for pets, staying in one spot for a while so we can get to know it) but also because it is an inexpensive way to travel. The Airbnb was reasonably priced (and infinitely better than a hotel) but it was still well out of our budget. The two weeks we stayed there costs us what is normally two months of our budget. Ouch.

Luckily, we made some friends in the area and as we got to know them better and they learned more about our situation, they offered to let us stay with them. We hate feeling like we are taking advantage...but we were stuck between a rock and a hard place so we said yes to their generous offer. We have been with them for a week now and it is working out really well! We will be here for...an indeterminate amount of time. There is something that is hopefully going to come through housing/job-wise for me oh so soon, but we don't have an official date yet. The generosity of Vince and Joan is letting us hang on until that comes through. In all honesty, without them, we would have been heading back to the States by now.

So, here we are, three weeks later, still living in Welwyn Garden City and we will continue to live here for who knows how long. I figured that means it's high time we get to know our new city! Town? I'm not really sure what to call it, but I guess "city" is right there in the name.

This place actually has a bit of an interesting history. This year it is celebrating its 100th anniversary. Which is super young for the UK. It's basically an infant by most UK town history standards. The "Garden City" part of the name actually means something specific. In the early 1900's developers were looking to plan and start intentional communities. One of the ideas, by a Sir Ebenezer Howard, was to create "garden cities" - places that would integrate city and country life into one beautiful place to live that would have the advantages of both and eliminate the disadvantages of both. 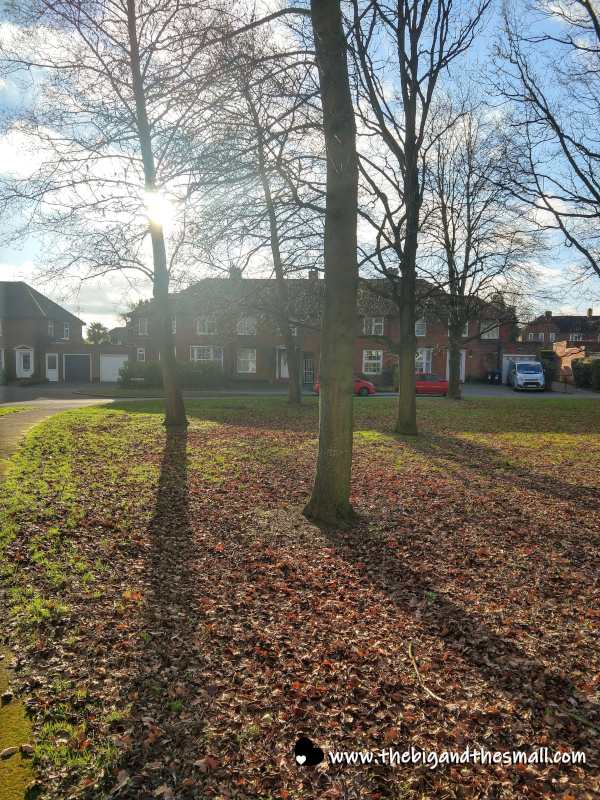 The first one was technically Letchworth built in 1903. Welwyn Garden City was the second one, built in 1920, and is the one that many cities around Europe are modeled after. Basically Letchworth was the rough draft, and Welwyn was the final product. (Note: It's pronounced "well-in" even though it looks like that second "w" should be pronounced.)

The center of town consists of a large town square (really more of a rectangle) with a park/green space in the center and shops/restaurants/etc all around. Fun fact - our hosts let us know that because of some particular ideas of the founders of the city, pubs were not allowed to be directly on the town square. This despite the fact that pubs really play a large part in English culture. Thus even today, the pubs are all located at least a block away from the center. 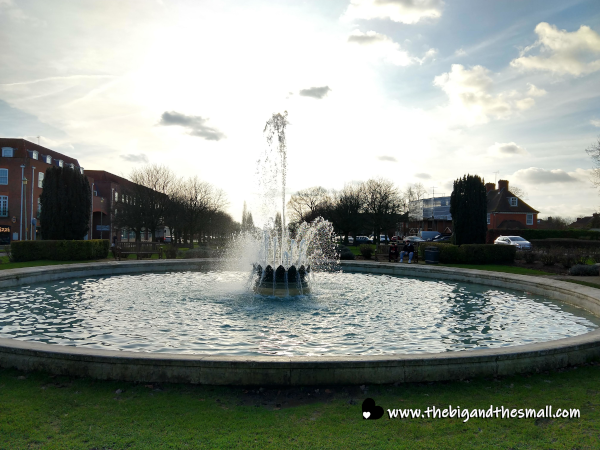 There is a beautiful fountain located in one of the parks, and even in January, it is going strong! (Where I'm from we have to turn fountains off in the winter as they would just freeze.) As a special treat to celebrate the centennial this year, there is a statue currently placed in front of the fountain. This sculpture was created by artist Henry Moore, an influential artist of the twentieth-century who once visited Welwyn Garden City and was said to be "impressed with the layout of gardens and open spaces in the town centre, believing them to be a splendid setting for sculpture.) 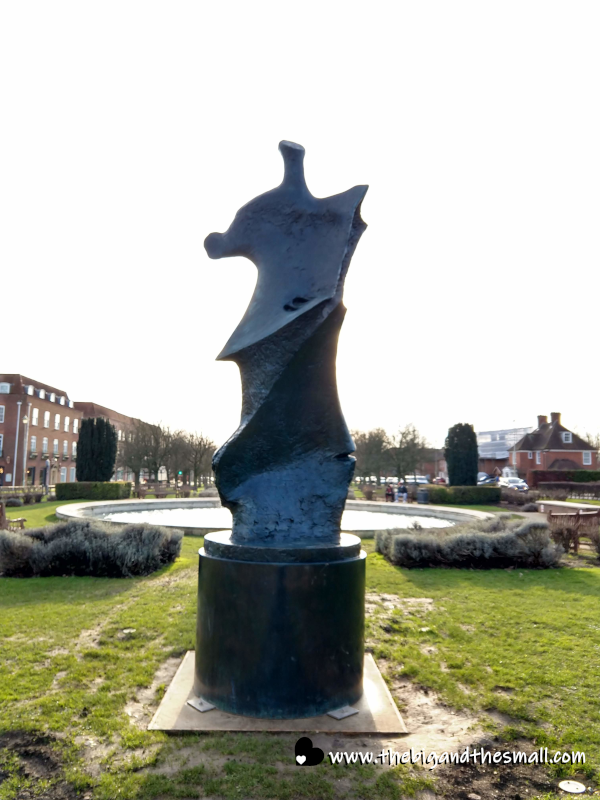 Radiating out from the town center are housing areas, and everything is well integrated with plenty of parks and green space. We have walked all over this town and we can really see that they paid attention to detail when it came to integrating the beautiful aspects of the country with the convenience aspects of the city.

The location of the town is about 20 miles north of King's Cross station in London. If you want to get from here to the heart of London you'll travel about an hour to an hour and a half on the train. Many people (including our host, Joan) live here and work in London so they take that trip every day. Because of this, I expected it to be much cheaper...but it will run you about £20 to get into the city and back! You can buy a month or year-long pass that will reduce the cost somewhat, but not by much.

If we stay on much longer we will be around to attend the town's centennial celebration. They are even hoping for a visit from someone in the royal family this year - perhaps the Queen? (But apparently not Meghan and Harry, haha.) One can hope!