Do you have any habits that you've held on to for a long time, like, since high school? I'm not talking about something everybody does like brushing your teeth, but something kind of quirky or unique. Like, maybe you always doodle a certain image during meetings or twirl your pen in a certain way when you're bored. For me, I like to fold paper cranes. I have folded them out of post-its, old meeting notes, and church bulletins. I have folded them in my office when I'm brainstorming a sermon, in a meeting when that one person just keeps going on and on, and I've spent hours folding them out of pretty paper while watching television. 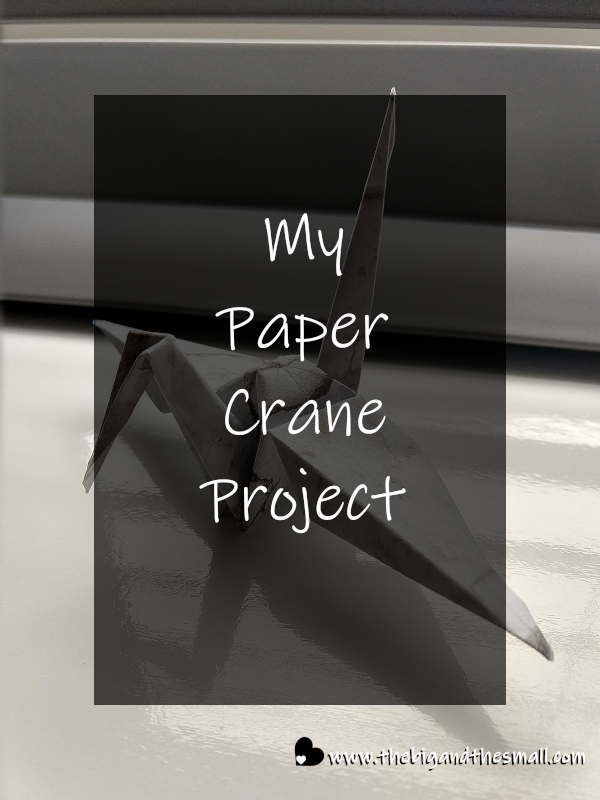 Sometimes, I've had a purpose for these cranes, like when I first moved into a house all by myself and didn't have very many Christmas ornaments, so I decorated my tree in cranes that year. Another time, I folded hundreds in Advent colors (blue, silver, white) strung them up in sets of a dozen and they were hung all around the sanctuary of the church I served. Looking back, I wish I had folded and strung some to use as decor at our wedding but I didn't think of it at the time.  Most often, however, I fold them just because I like doing it, and I have a piece of paper handy.

In January of last year, we came across a craft store that had inexpensive origami paper for sale. I picked up a small set of 30 pages, not sure what I would do with them. I ended up folding a few paper cranes at every housesit we did - England, France, Bulgaria, Australia, and Wales. I would fold them early on in a sit, then use them to decorate the living room - it made every place feel a little bit more like home. When we moved on, I always left them behind, hoping the homeowners would find them and enjoy them, at least for a bit. I almost always got a message thanking me for the "little birds"! (I also let people know they didn't need to hold on to them forever, to feel free to recycle them when they were done enjoying them.)

When we moved to our current Airbnb at the end of December (yes, we've been in limbo here for 2 weeks now) I was down to one last sheet of origami paper. So imagine my delight when stumbled across another craft store with an even better selection of origami paper! I really wanted the rainbow-colored 400+ sheet set, but Joel talked me into the smaller, cheaper set until we knew if/when we were going to settle down. I agreed, figuring I didn't really know what I would do with that many cranes anyway. I went with the "Mystery Victorian" set which has beautiful shades of gray and interesting patterns. 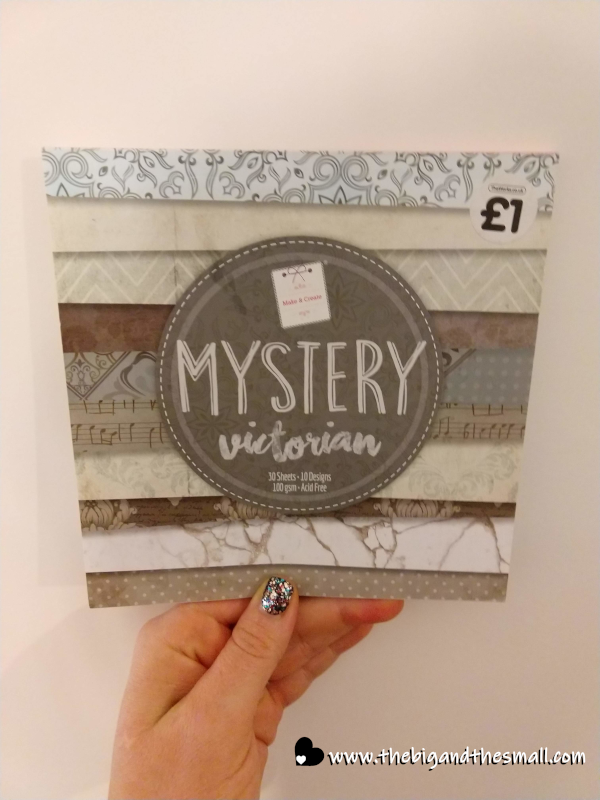 I folded one crane on New Year's Eve to decorate our temporary Airbnb home and mark the end of the year. On New Year's Day I folded another, to mark the beginning of the new year - fresh starts and new beginnings. When I posted that one to Instagram I realized, how fun would it be to fold a single paper crane and take a picture of it every single day in 2020? A lot of fun, I quickly decided. I didn't want to clutter the blog IG or my personal IG with cranes, so I came up with a new handle for just this - and thus, my paper crane project was born. 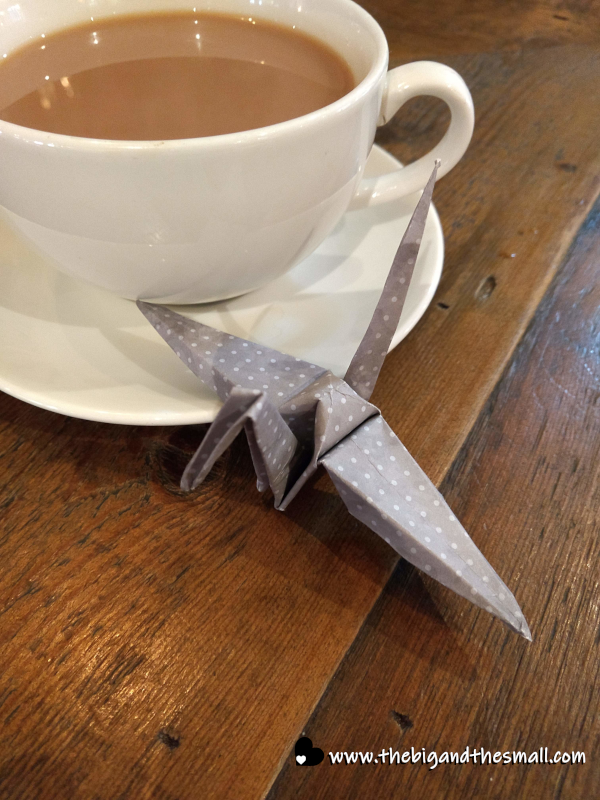 I have a feeling that throughout the year, the goal and scope of this project will evolve. For now, I plan to craft one paper crane every single day in 2020. I will document that crane on Instagram every single day. Some I am leaving where we are, at least one has been handed directly to a stranger (thanks to Joel) and others I have left on the shelf in a charity shop or in a bouquet of flowers at the market. My hope is that other people will find the cranes and it will make at least one person smile or have a brighter day. 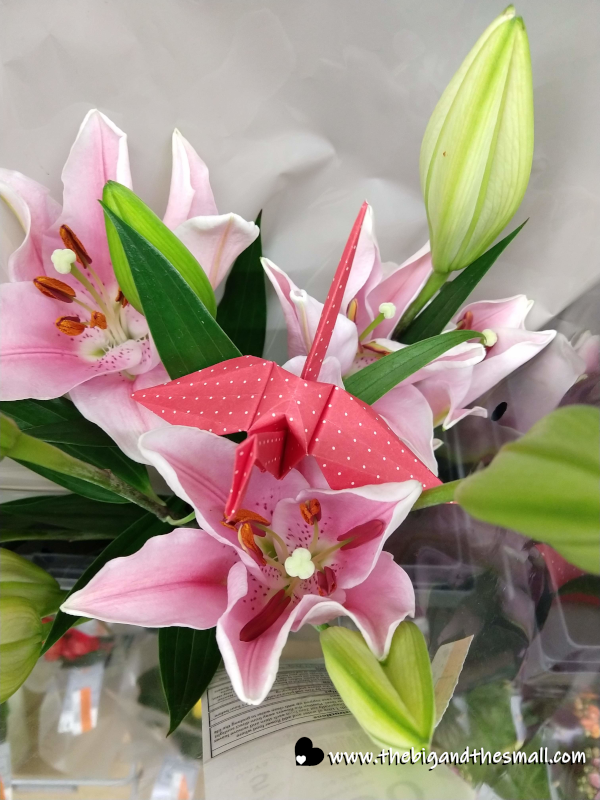 I've thought about writing something on the cranes - perhaps a scripture reference or just something generally positive like "Have a great day!" I don't have a good enough pen for this right now, so once I can find one we'll see what I come up with for that. If you have any suggestions I'd love to hear them! As the world continues to have bad news nearly every day, I hope that putting just a bit of joy into the world will help tip the scales in the right direction. Origami cranes are often seen as a symbol of peace and we definitely need more of that in the world. 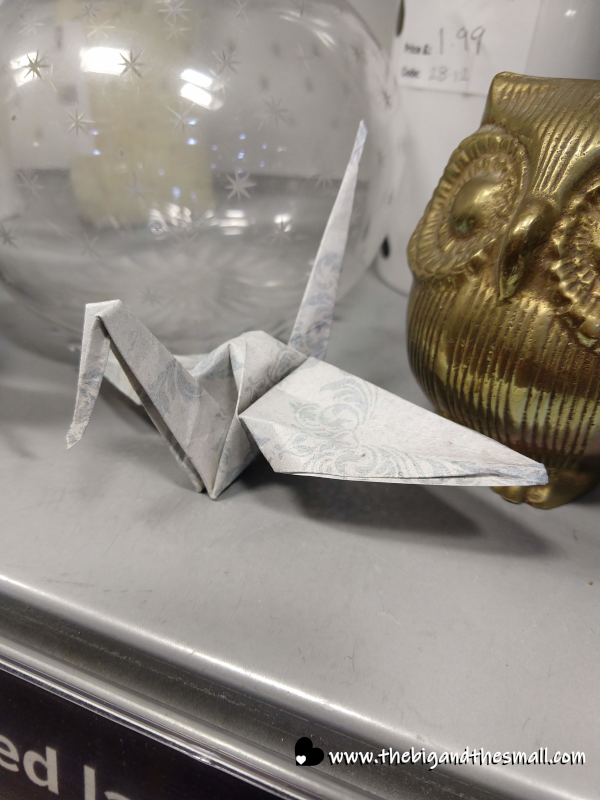 Since I came up with a reason to fold cranes, I was able to convince Joel that I did need that rainbow origami paper after all. He indulged me (we are on a budget and this really wasn't necessary right now) and let me get that yesterday. The first week of my IG feed was pretty dull but now it will get quite a bit more colorful! 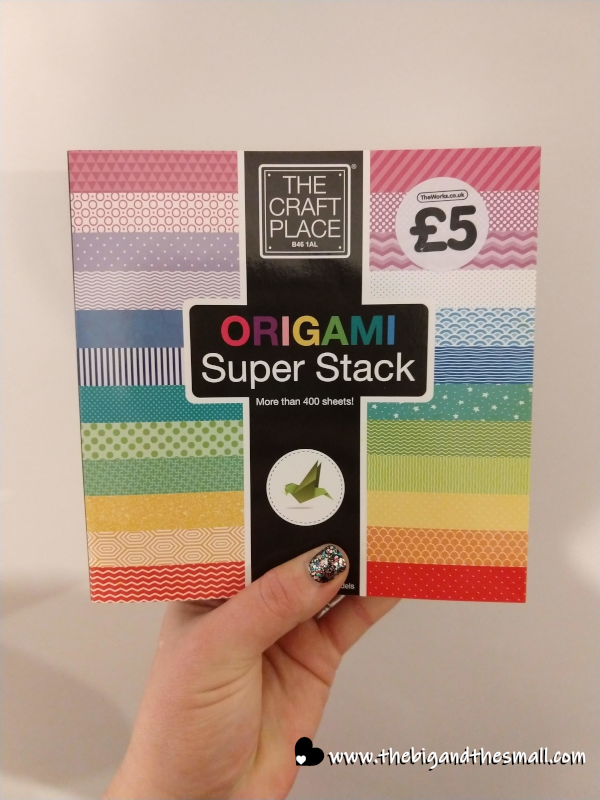 I'm also incorporating the folding of the crane into a sort of prayer/meditation time. I don't really have to think anymore about the mechanics of folding the crane, I have done it so often for so long that it is almost automatic. So while my hands are busy, my mind is free to wander. So instead of using that time to watch Netflix or listen to a podcast, I will take as a moment of quiet in my day. It might only be a minute or two, but sometimes that's more than I usually give myself. (I'm a 7, we hate being bored.) I'm curious to see how this aspect of the process evolves throughout the year as well.

This project isn't on my official 20 for 20 list but it is something that will be with me throughout the year. I am fully confident I will keep up with it as I seriously look forward to doing it every single day so far! It is a small thing that is bringing me big joy.