A Very Merry Christmas in Wales

For the second year in a row, we got to celebrate Christmas in the UK. Last year we were in Cornwall (southern England), this year we were in Wales, and next year...who knows?! But it will likely be somewhere in the UK again! 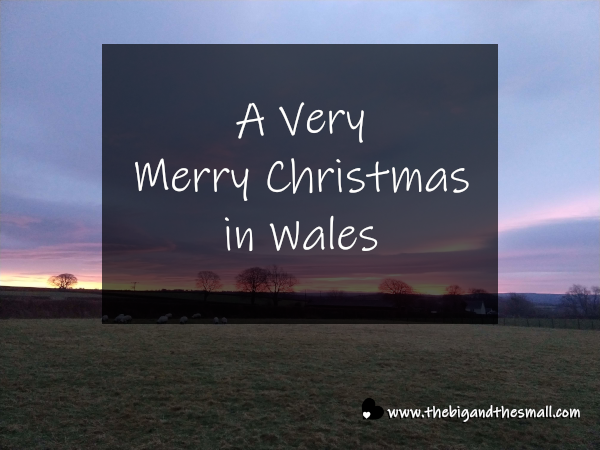 When we initially learned we were going to spend Christmas in Wales, I was excited to go all out on having a British Christmas. I was going to go for the full Christmas feast which includes turkey, stuffing, potatoes, gravy, and multiple vegetable sides. However, after my initial enthusiasm, I toned it down a bit. I remembered that cooking a big meal in someone else's kitchen is tough and then we ended up setting the leave date for this housesit for December 27th which means we wouldn't have time to eat through any leftovers. Thus, I decided to keep Christmas much more low-key this year.

The morning started bright and early with taking care of our pet here, Eddy. I bundled up, took him outside for his morning business, and looked around me to see that it was going to be a beautiful day. The sun was shining, the mist was hanging lazily among the hills, and the dew sparkled rainbows at me. When we returned inside Joel made Eddy his breakfast and we settled in for some Christmas movies on the couch. I tried to get a picture of Eddy with my special Christmas headband but he was not having it. 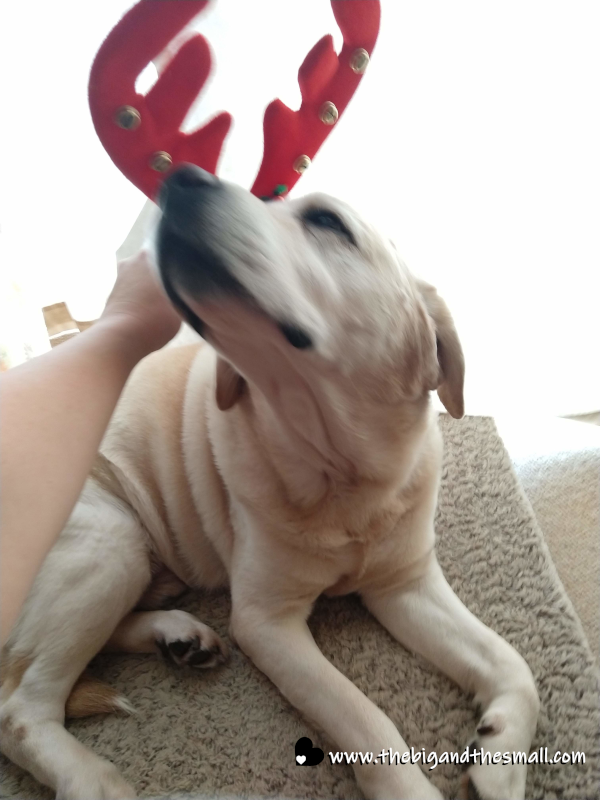 Eventually, we had our normal breakfast of scrambled eggs with veggies, though I chose red and green peppers for our veggies this morning so it had an extra festive feel. After we ate it was time to dig into our Christmas presents! We don't typically do presents, but when Steve visited us for Thanksgiving he brought a bag of gifts and told us we could not open any until Christmas day. 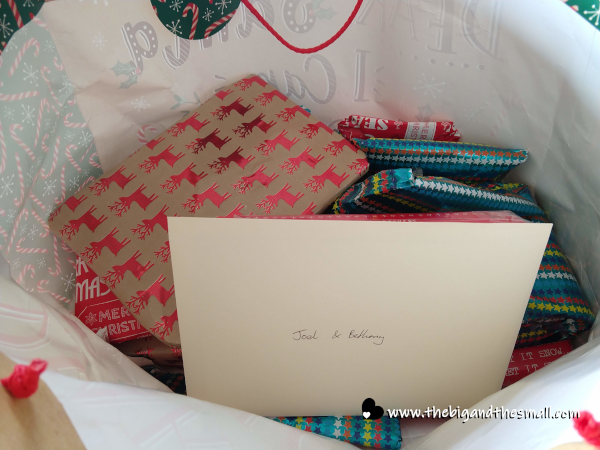 I have to admit, it was quite fun to unwrap a bunch of gifts on Christmas morning. Since Steve understands our current nomadic lifestyle and knows we don't really need any stuff, our presents consisted of a variety of British sweets! Of course, when he brought them he also didn't realize we'd be moving on 2 days after Christmas...but oh well, the treats will make good snacks for our long bus ride to London on Friday.

After more Christmas movies it was time to prepare Christmas dinner. I did pick up some traditional Christmas Crackers so we popped those while our food was in the oven. They came with paper crowns (that turned out to be too small for either of our heads,) a sticker, and a joke each. I love a good cheesy joke!

For dinner, I went with a bunch of pre-made frozen appetizers for maximum ease. We got three different variety platters from Tesco - one American, one Asian, and one Indian - as well as some British pigs in a blanket (which Joel calls pigs in pigs because they are sausages wrapped in bacon rather sausages wrapped in croissant.) I passed on taking a picture of any of it as it was all rather beige and blah. The food was okay, most of it would have been better with some sort of dipping sauce (a major oversight on my part) and some of it just wasn't good at all. Ah well, now we know. The cheese platter we had the night before for Christmas Eve was much better.

While we ate, 3:00 rolled around which meant it was time to watch the Queen's speech! This is perhaps my favorite British Christmas tradition. It gives a nice break to the day and the Queen is very well-spoken. This year she referenced the 50th anniversary of the moon landing and talked about how the Christ child was also a small thing that had a very big impact on the world. 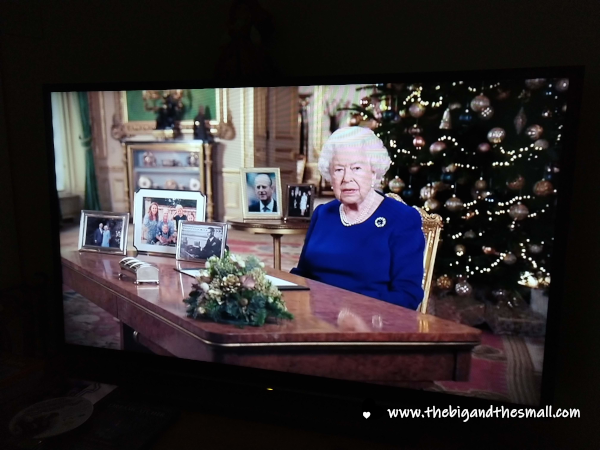 Then it was time for a Christmas walk! The day continued to be gorgeous and I believe the temperature was somewhere in the 50's. It was warm enough that Joel wore shorts and sandals, though thankfully nowhere near as warm as it would have been if we had stayed in Australia! We took a long walk with the dog and chatted about what our Christmas might look like in 2020. We don't really know but we are looking forward to all the changes the next year will bring!

When we returned home it was time for dessert. This is perhaps my least favorite British Christmas tradition - the Christmas pudding. You can tell I wasn't really excited about it since I bought the smallest one Aldi had available. I suppose I might like this dessert more if we ever douse it in Brandy and light it on fire (what's not to love about fire?!) so hopefully next year we'll get to do that. 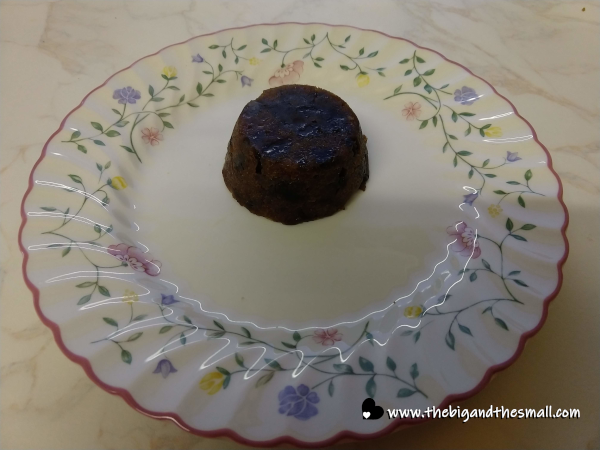 We also had some festive mince pies - we bought two specialty kinds at Aldi this year and it turns out I do actually like those. The plain ones are very "meh" to me, but the cherry/chocolate and salted caramel varieties we found this year were excellent! Especially once topped with the whipped cream I had bought for Thanksgiving but never got to use because I didn't get to make a pumpkin pie.

I enjoyed having a very laid-back and relaxed Christmas, but I must say, I look forward to being in our own home again for Christmas next year (wherever that may be.) I very much miss having a Christmas tree, stockings hung on the mantle, and really feeling like I'm home somewhere. Next year I will work on Christmas Eve and likely Christmas Day, but I am looking forward to it!