The Castle of Newcastle Emlyn

I'm starting to get convinced that pretty much every town in Wales has a castle. Don't worry, I'm not complaining! I'm pretty sure I will never tire of having a new castle to explore. The nearest town to us is a small place called Newcastle Emlyn. As the name implies, there is a  "new castle" here! Of course, new around these parts still dates back to the 13th century. 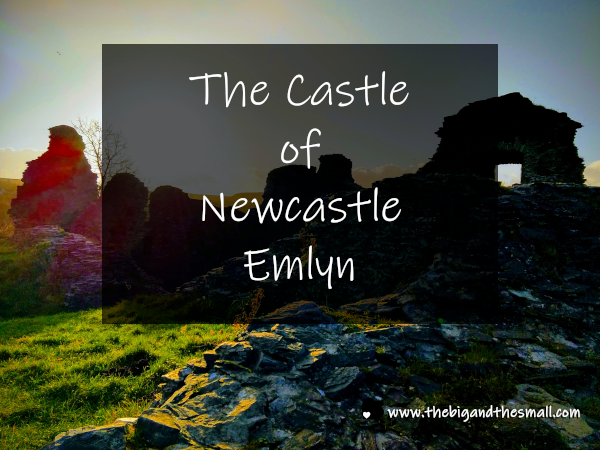 This castle only stands in ruins now, but it still leaves an impressive mark in the middle of town. Though a carpark and various structures have been built up around it, entrance to the castle grounds and ruins are open to the public. We encountered many people here just going for a stroll, many with their dog! If we lived in town this is definitely a place we could come often for a walk. This gate topped with a metal dragon welcomes you to the castle grounds. 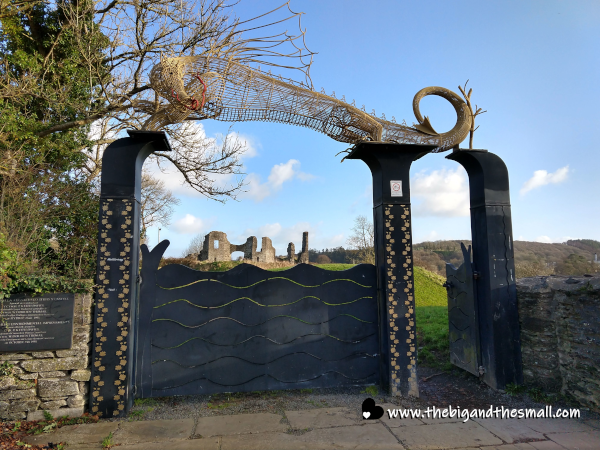 After going through the gate, instead of heading straight to the castle we decided to take the river walk around it first. The path takes you along the River Teifi, which winds a 122km course over white waterfalls and through lush meadows. At one point we found a makeshift little footbridge and decided to venture across it. 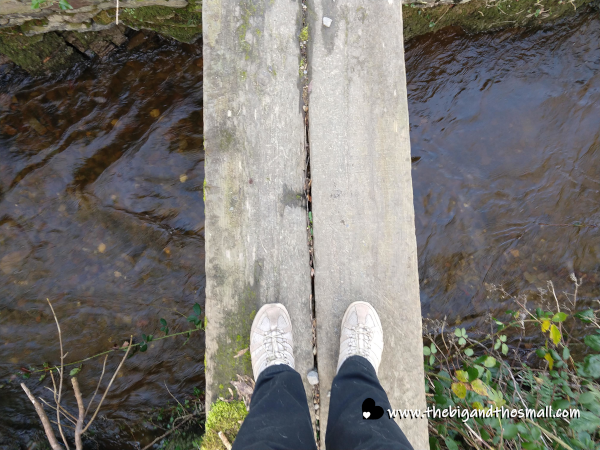 We both simply marveled at the beauty of the water and how close we could get to it. We walked all the way out on that narrow stone wall! 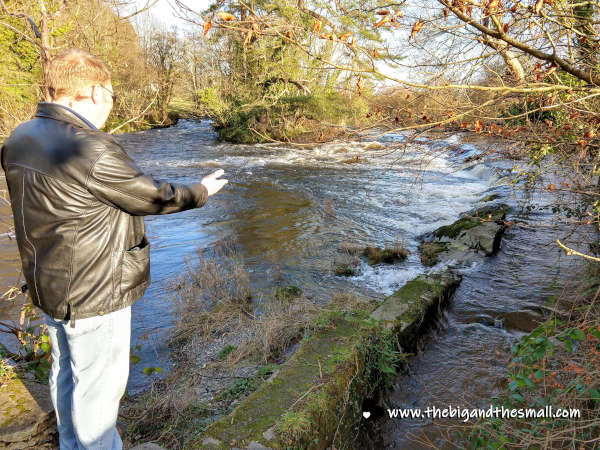 I took this picture at the edge of the wall, looking back at the "bridge" we took over. I use the would bridge loosely since it was really just a plank of wood. This was definitely a small thing but it felt like quite the adventure! 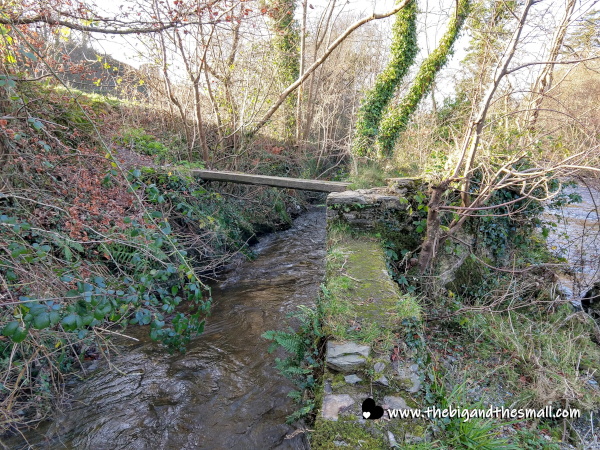 We were there on an almost perfect day, weather-wise, so we really enjoyed our stroll around the castle. When this picture was taken we were on the edge of the grounds by the river, looking back at the castle. If you squint at the top of the photo you can see the spires of the castle ruins! 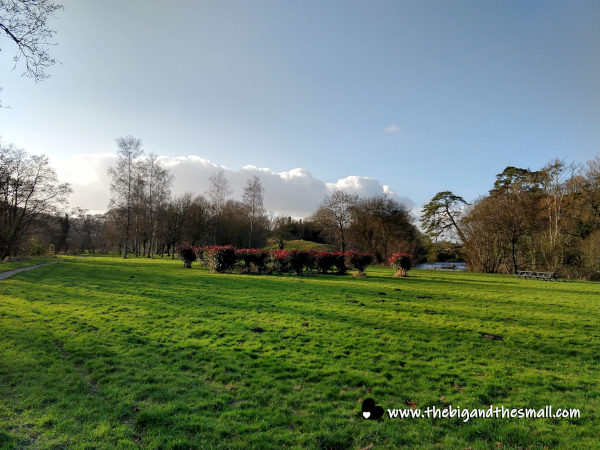 After doing the full loop back to the main entrance, it was finally time to make our way towards exploring the castle itself. As we approached, the views were stunning. The castle was built on a bit of land that is surrounded by water on three sides, giving it a natural moat and incredible views of the surrounding area and town. 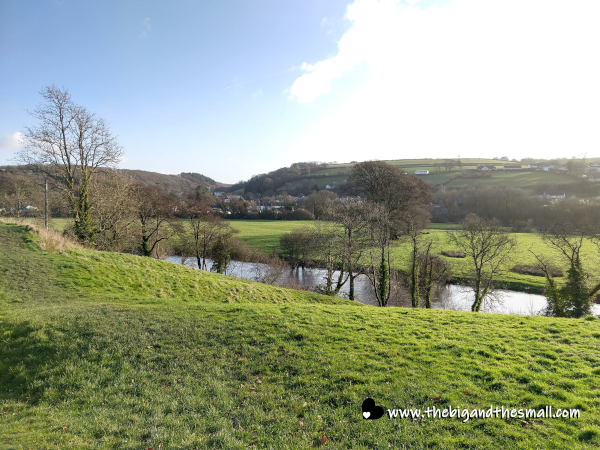 What's left of the castle sits on a hill and still strikes an impressive figure. The stone castle was well established by 1287 and over the centuries has passed through many hands of ownership including the crown, the barony, and at one time the legendary owner Owain Glyndwr. 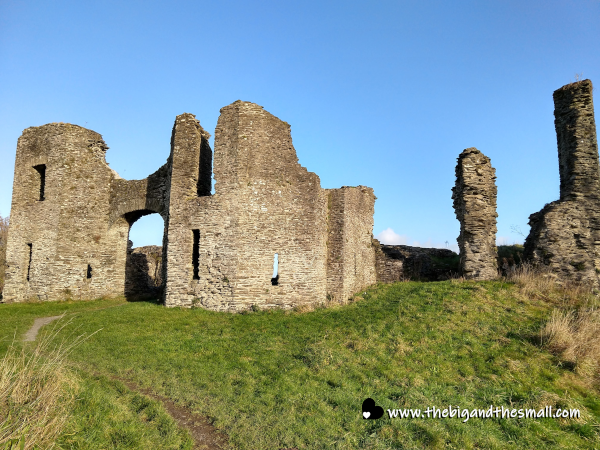 There were two signs present that proclaimed the legends of dragons in the area. The first told us how this was the place where the last dragon was killed. "This castle has endured many fierce battles for its occupation between English and Welsh lords, throughout its long history. In 1403, during Owain Glyndwr's Welsh uprising against Henry IV, half the town was razed to the ground as the castle was seized by Glyndwr's men. It is said Owain Glyndwr was called the 'Son of Prophecy' to fulfill Merlin's 12th-century prediction that the Welsh Dragon would rise up to protect its land against invaders. Glyndwr's Golden Dragon flag flew proudly at the castle for only two weeks before the English returned with a vengeance. History and legend merge in Newcastle Emlyn's story - how, one fine summer's day, a fierce dragon appeared on the castle turret. A young soldier aimed true and shot straight. He used a red cape to lure the fatally wounded dragon into the surrounding river, where the waters ran green with poison and red with bloodshed. The Dragon was never seen again." 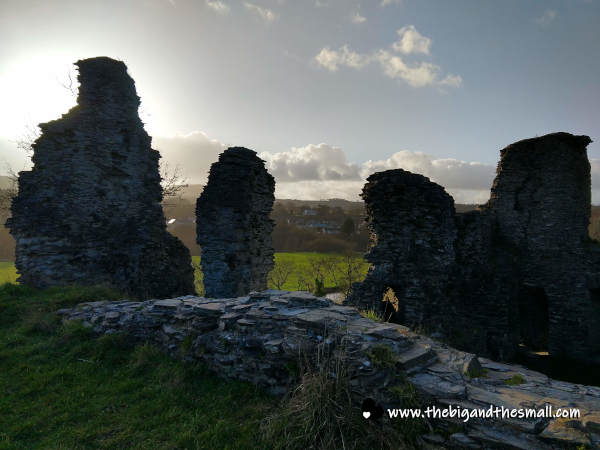 But have no fear, this is also the place where the New Dragon was born. "On midsummer eve 2006, over one hundred people of this town began a new chapter of the story. From the top of the castle, a call to the Spirit of Dragon echoed out three times: 'Will you return?' A marvelous response came when a coracle mysteriously appeared on the river carrying a dragon's egg! Thus began an enchanting tale of the rebirth of Dragon, as the egg grew and grew...to hatch one year later." 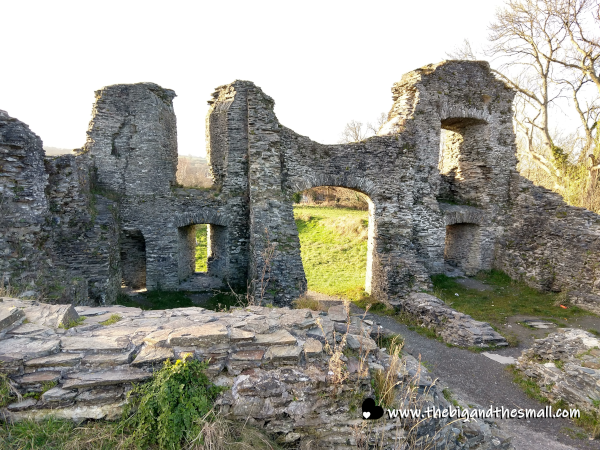 "Go now, through the castle arch, to see the Giant Oak 'Spirit of Dragon' Story Seat. Admire the beautiful Golden Dragon mosaic, which tells our old and new tale, then sit within the Heart of the Dragon to see a river where dragons die and are reborn. Here, tales of the past are laid to rest, as myth and magic weave through time." 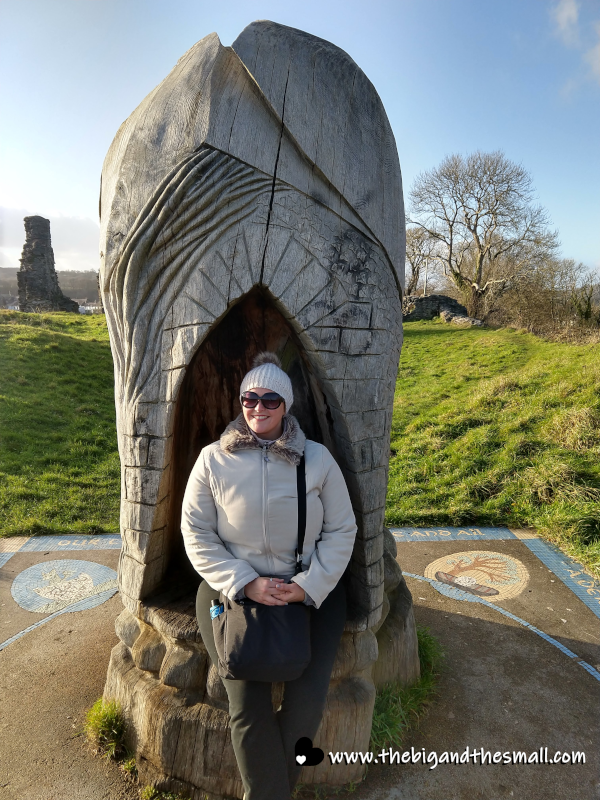 That last line aptly describes what I feel and what I love about so much of Wales - this truly feels like a place where myth and magic weave through time, and feel ever so close and alive. There is just something in the air here that brings a near-constant smile to my face (seriously, my cheeks have hurt so much since being back in Wales!) I'm pretty sure I have said or will say this about everywhere we've been in Wales...but if you ever get the chance to visit, take it!