As most of you probably know by now, I am in the midst of getting a job in the UK that will have us settled here for a five year period. The Methodist Church in Britain has already approved me for service and they are in the midst of their process of appointing me to a circuit where I will serve several churches. However, before all of that can happen, I have to get approved by the UK government to live and work here, which means obtaining a work visa. 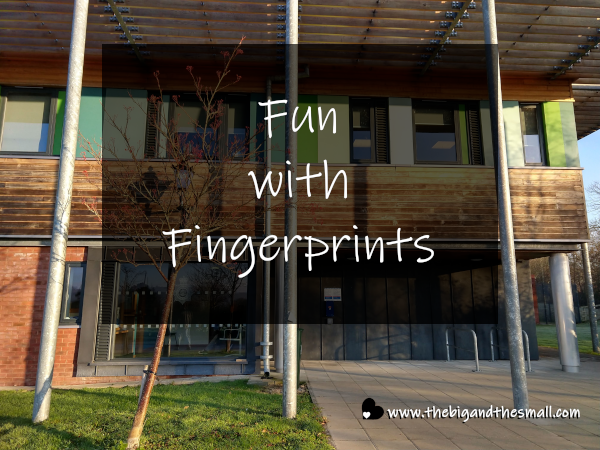 As you might guess, this isn't exactly a straightforward and easy process. There are a lot of hoops to jump through and some of them are on fire. The most recent hoop we had to jump through is getting a high-level criminal background check from the FBI - to prove to the UK government that I have no criminal record. I get why this is necessary, but boy it has not been easy!

To start, I had to do a bunch of research to figure out how to actually do it. Once I got that sorted, I applied, paid the FBI $18, but then the trickiest part is you have to mail in your fingerprints. So how does one obtain a copy of their own fingerprints? One could go all the way to London to work with an official place that will take them electronically and send them to the FBI for a lovely fee of £138. Or, if one is in London, the Metropolitan police will take your prints for only £60!

Getting from West Wales to London would add even more expense for us so we decided to try our luck with the local police station. We drove to the police station in Cardigan (about 20 minutes away) to see if they could help us out. We met a friendly officer named Martin who said if we came back the next day he would help me get my fingerprints done, sign the form all official-like, everything we needed. Excellent! Then we drove to the library so we could print the fingerprint form and a special email confirmation that has to be printed and mailed in with them.

The next day we returned to town to get my fingerprints taken with Officer Martin. It was messy but kind of fun and after about 15 minutes we had what looked like a good set of fingerprints. (Pardon my extreme hat hair in this photo.) Then it was off to the post office to pay about $12 to send the forms in with tracking and signature required, just to make sure they arrived. 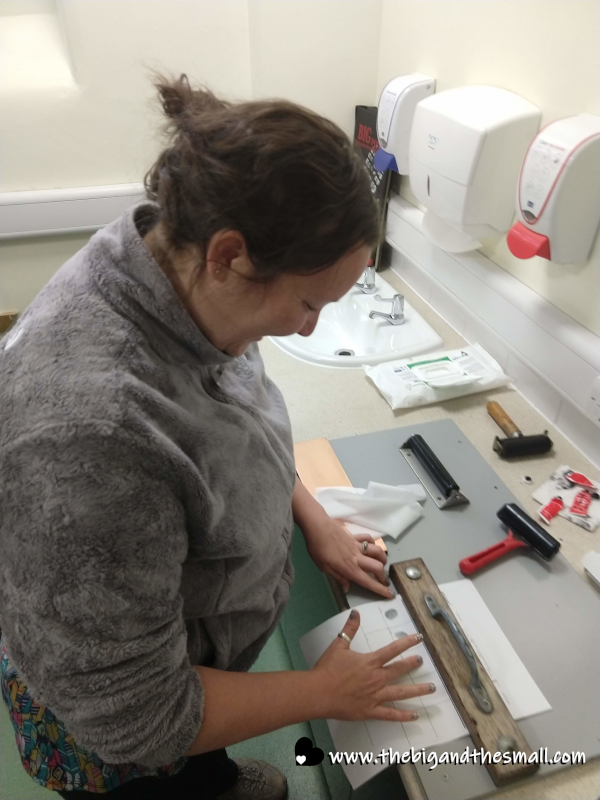 So, it was time for round two of fingerprints. Except this time was even more of a challenge because we no longer have access to a car here. The homeowner's car insurance only covered us through the 11th of December unless we wanted to pay an extra £130ish pounds for the coverage to be extended. We passed on that expense figuring we could just stock up on groceries while we had the car and take the bus if we really needed to go anywhere - which we didn't think we would.

Well, now it turns out we really needed to go somewhere. So, Saturday we took the bus into town (it's free on Saturdays!) and applied/printed the paperwork again at the library, purchased the stamps needed to mail everything at the post office, then got to the police station, which was closed. Whomp, whomp. Also, I say we took the bus like it was easy, but this involved a 1.5-mile walk to the bus stop, a 50-minute bus ride into town, and then a .6 mile walk to the police station and then all of that reversed to get home. It was a full day.

At the end of day Saturday we had 2/3 things necessary to finish this project (again) but we were lacking the most important part still - the fingerprints. So first thing Monday morning we called the police (using the local non-emergency) number to see if they would do the fingerprints again. Officer Martin had said if they didn't work the first time to come back and he would do them again. But Officer Martin is working the night shift this week so we had to get someone else to agree to do them. Luckily they said to come on in.

So, since it was now a Monday and the bus cost money, I went by myself. I walked the 1.5 miles to the bus stop, paid the £5.15, rode the 50 minutes into town, walked the .6 to the police station, where I was greeted by a very annoyed male police officer who clearly wished I wasn't there. Thankfully, though, he didn't take my prints, he had a female officer, Amy, come do them.

Officer Amy was awesome. I explained what happened last time with the FBI rejecting them, so she was willing to make multiple copies this time in the hopes that one would work. (To be fair, Joel had suggested that last time but I was sure we'd get lucky on the first try. Whoops.) She even had me do two different techniques - one where you press your fingers down then lift them straight up, and one where you sort of roll them from left to right to make sure you get the whole print. She was very thorough and did a few things differently from Officer Martin that are hopefully more correct. She was very friendly and we chatted about how lovely Wales is while we worked. Then she signed all the paperwork, gave me some tape for my envelope, and left me alone in the front part of the station to finish things up. 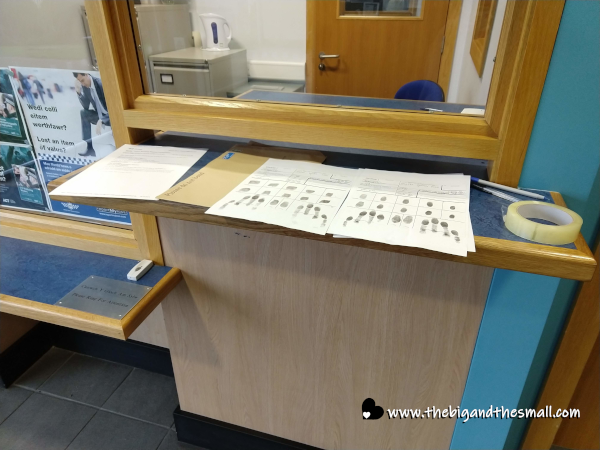 When my package was all ready to go and I went to leave the station, the door would not open! I was locked in the police station! I rang the bell at the front desk five times to no avail. 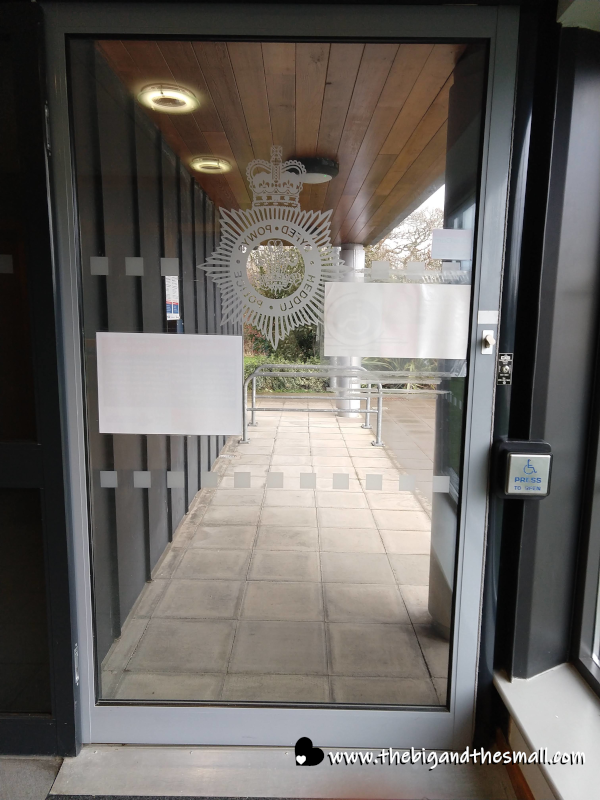 Finally, I realized I could turn the lock and then the automatic door opened. But when I got on the other side I saw that it wouldn't close all the way! I could no longer open it from the outside to try and fix it, so I just put on my hat and gloves and quickly walked away. I hope someone noticed it and fixed it before it got too chilly in there. 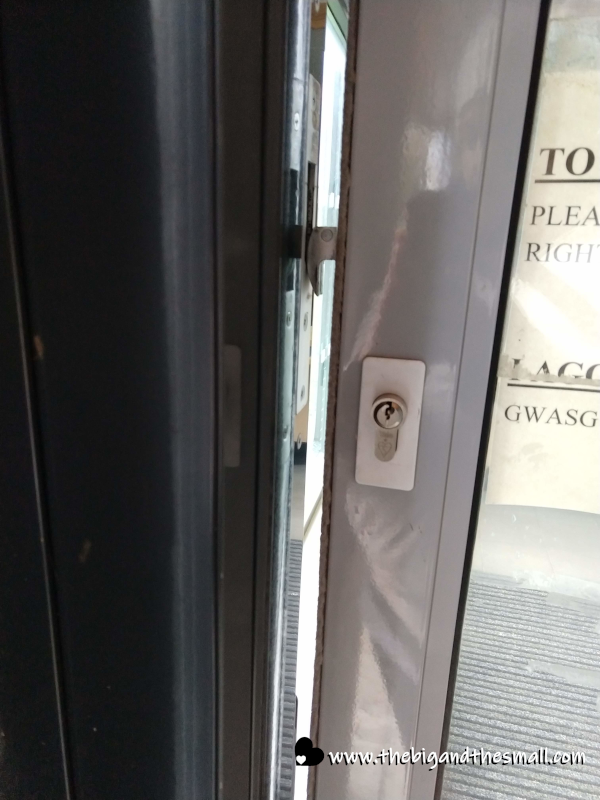 I then dropped the second round of fingerprints off in the mail so they are hopefully on their way to the FBI as we speak. Fingers crossed that this time they will accept one of the sets of prints! I'm a little worried that Christmas and New Year's might delay the mail or they might get lost altogether...so we shall see. 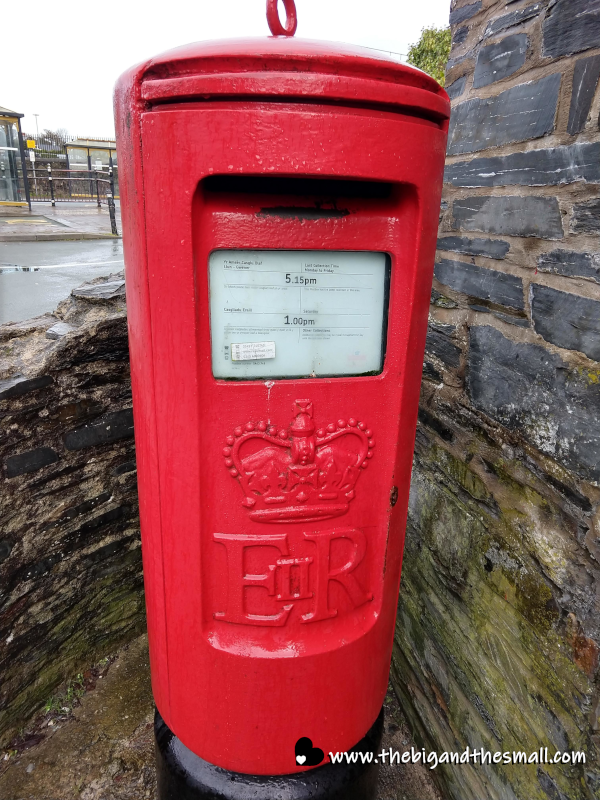 If this round doesn't work, we'll be out about $60 and no closer to getting my background check done which is necessary for the next steps of the work visa. At that point, we will just have to suck it up and pay the big London outfit that guarantees to get them through and everything completed by the FBI. I asked the church and they don't help with this expense this time, though they will pay the next time I need them done to renew my visa (in 3 years.)

This is just one of the flaming hoops we have to jump through, but hopefully, it will be completed soon! I'll keep you posted on what else we have to do - making sure you can work abroad legally sure is an adventure!