I find it hard to believe but we have already been at our current housesit for almost two weeks! So it's high time I show you the beautiful part of the country we are now visiting and share about the new dog we are caring for. 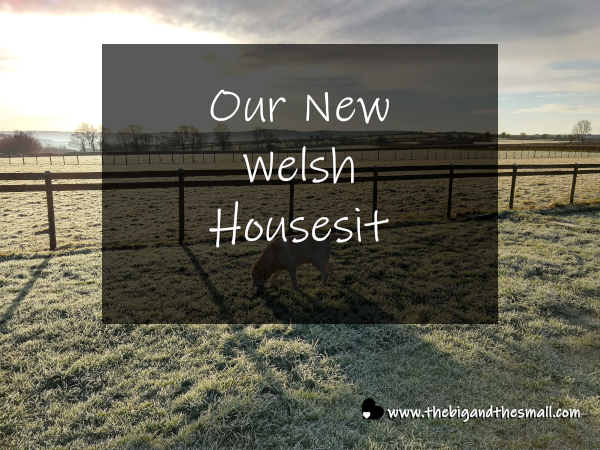 We are currently located in the Welsh countryside. There is a small hamlet nearby with a few houses, one gas station, an antique store, and a church that appears to not hold services anymore, and that's about it. The nearest actual towns are Newcastle Emelyn and Cardigan. Neither are in walking distance but we have access to a car until December 13th and not after due to insurance reasons. As much as we didn't like being in the country in France, we both find it much more tolerable here. I think perhaps because the scenery is just so stunning! This is the view out our kitchen window! That's right, we have sheep just outside our house! (In France we had cows.) We don't have to take care of the sheep at all and they sure are fun to watch. 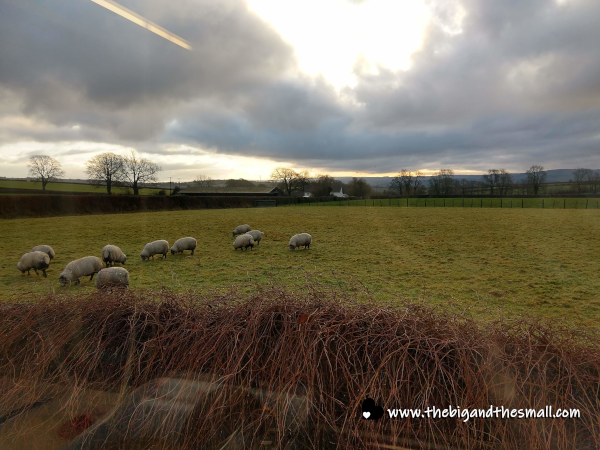 The pet we are taking care of at this place is an old dog named Eddy (short for Edison.) He is very chill and relaxed, never barks, and loves being with us. I'm currently sitting on a chair in the kitchen typing this and Eddy is sitting right next to me keeping me company. I keep pausing every other sentence to give him pets so it's taking me a bit longer to write this post than usual. He's worth it, though. Often when we are in this room he is snoozing in the corner. He has quite the comfy bed set up and spends a lot of his time here sleeping away! 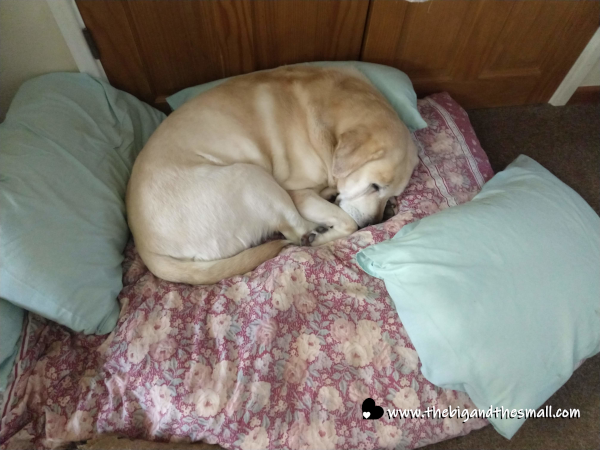 Multiple times a day we have to take Eddy outside to the paddock area so he can get some fresh air and do his business. He doesn't go outside alone but really, with views like we have here I don't mind going outside with him. We've had quite a few cold and rainy days so far (like today) but we have had some really sunny and gorgeous ones, too. I'd say it's about 50/50 right now. When the sun shines here it really, really shines and words do not do justice to how gorgeous it can be. 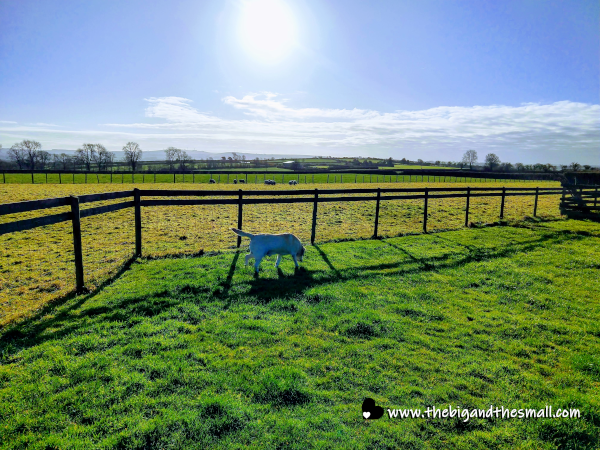 Even when it rains, however, Eddy likes to go on his walks. I've enjoyed walking up and down the country lanes with him, though at times it's a real trick to step aside far enough if a car goes by! When the weather is inclement Eddy gets to wear a coat on his walks which is just too adorable. I tried to catch a good picture of him in it today but he wouldn't turn around and pose for me. You can see by the blur in the picture that his tail was just wagging away - he is a very happy boy when we go on walks! 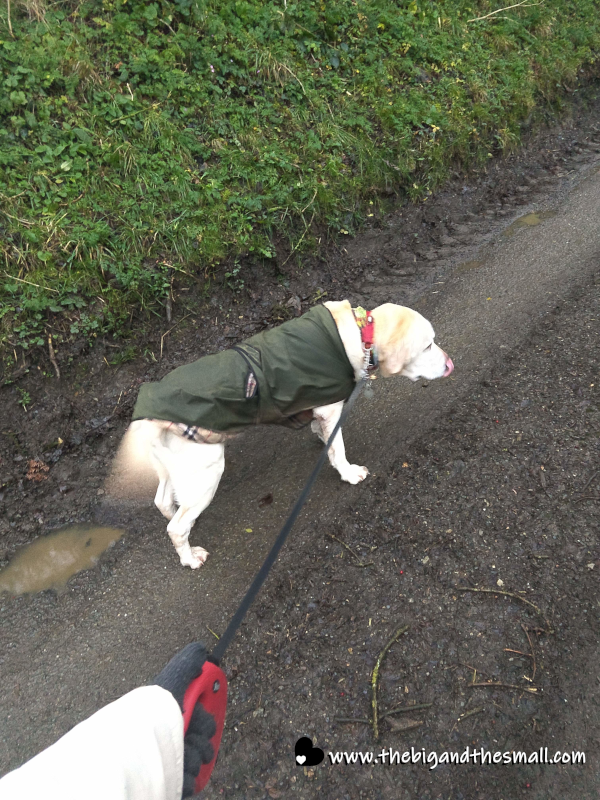 Joel is in charge of feeding Eddy which requires him to be a bit of a chef at mealtimes. Due to Eddy's age, he gets special supplements mixed in with his food so Joel has to pay careful attention to the recipe for each day. Eddy is definitely well cared for and loved very much by his humans! They adopted him as a rescue so no one is exactly certain about his age but they think he is between 11 and 13.

Early in the morning, usually between 7 and 7:30 Eddy lets us know when he is ready to go outside. I've gotten used to sleeping in till 8 most days so I've had to adjust my schedule, but this has led me to see some pretty beautiful sunrises so I am grateful to Eddy for the early wake-up call. I don't think I'll ever fully be able to capture the beauty of the Welsh countryside on camera. What we can see from the house stretches far beyond what the pictures show. There are windmills on hills in the distance, sheep roaming everywhere, and when the sun hits the morning fog just right it looks like a gold shimmery mist floating through the valleys. It is truly stunning and I don't think I could ever tire of this view. 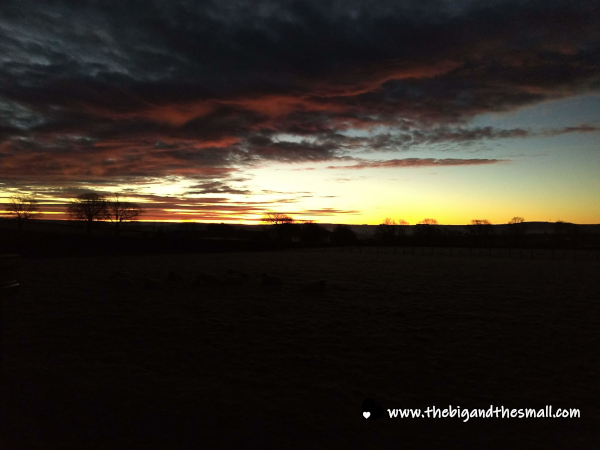 We are ever so grateful to be at this housesit in the beautiful Welsh countryside rather than where we thought we would be in Australia. Despite the cold and rain here today I'll take this wet 48 degrees over the 90+ it is in Perth right now!