Less than a week after arriving at our new housesit it was time to celebrate American Thanksgiving! If you had told me last year when we spent Thanksgiving in Wales that we would also be spending 2019 Thanksgiving in Wales I'm not sure I would have believed you. A lot had to go wrong happen for us to be here (remember we were originally supposed to be in Australia through the end of the year) but we are so glad it worked out this way because for the second year in a row we got to celebrate in one of our favorite places in the world with one of our favorite people in the world! 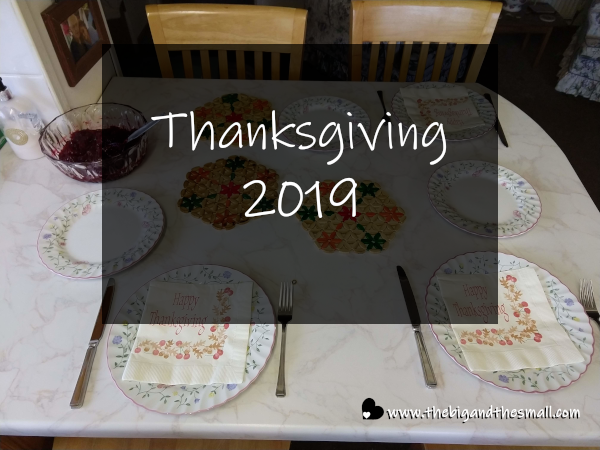 This year's celebration was not nearly as elaborate as last year's. Instead of cooking for 13 people, I was cooking for 3. I trimmed the menu down a bit both because we had fewer people and because I didn't have as much luck this year finding some key ingredients. I cut the green bean casserole for lack of French's fried onions (I decided it just isn't worth it without them), I couldn't find canned cream corn to make my mom's corn pudding so I made a homemade creamed corn recipe instead, and none of us could find any canned pumpkin this year! I have seen all of those ingredients at various times throughout the year in British grocery stores so I've decided that when we live here I will buy those ingredients any time I find them and just keep a little Thanksgiving corner in my pantry so I'm ready when the holiday rolls around.

Since we couldn't make pumpkin pie this year, our second choice was the classic pecan pie. Steve told us he had never had any so we wanted to fix that for him! Turns out there's a good reason Steve has never had pecan pie - we could not find any pecans! We checked three stores and found plenty of walnuts, pistachios, and other nuts, but no pecans. So it was on to our third choice - a personal favorite of mine - oatmeal pie! I didn't have a proper pie plate and I think the weird proportions made the cooking time weird so the pie didn't turn out super great. It was a bit "squodgy" as Steve put it. By that, he means the middle was squishy and gloopy and probably not quite cooked all the way through. The guys humored me by eating tiny pieces of it but I ate most of the pie by myself. (Not all on one day!) 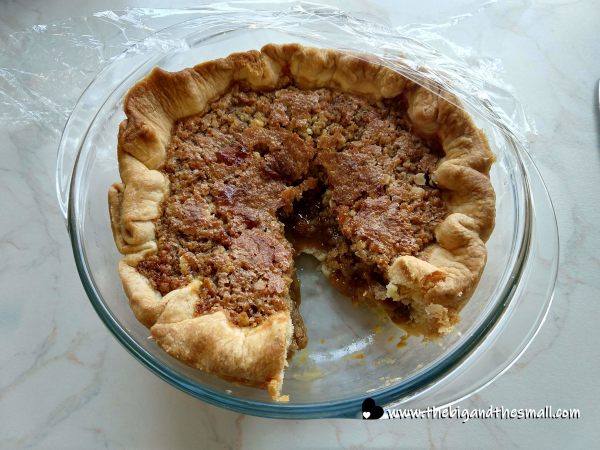 I also cheated a bit with the turkey this year. I actually could not go with a full turkey because there is no way one would fit in the oven here. This is the case with a lot of British ovens so stores around here sell just the "turkey crown" which takes up a lot less space. I actually went even easier than that and got a turkey joint that was already stuffed and wrapped in bacon. All I had to do was take it from the freezer and pop it into the oven for two hours. It ended up taking a bit longer than expected and we actually ended up cutting into slices then sticking it back in the oven to finish cooking that way. It was not the prettiest of ways to serve a turkey but it turned out pretty tasty! 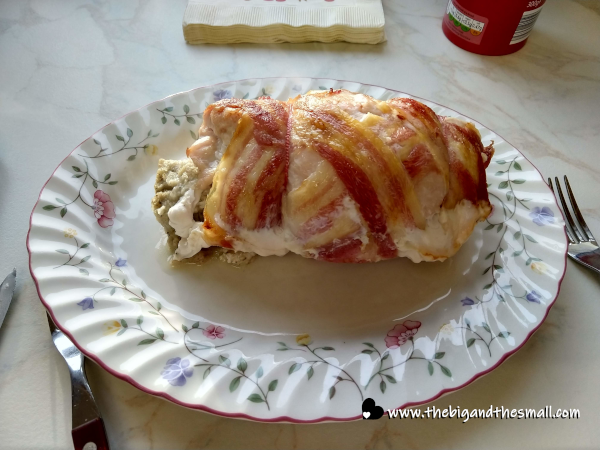 It felt a bit risky trying a new-to-me recipe on Thanksgiving day but since I had already bought the corn and had all the other ingredients on hand I decided to try making my own creamed corn. I had half a thought to then go on and make my original corn pudding recipe with the homemade creamed corn but I was actually too lazy to do that and stopped with just the creamed corn. It's not the most appetizing looking side dish and Joel was sure he wasn't going to like it but it actually turned out to be pretty good! I ignored the recipe when it came to seasonings and added a ton of my own, including a special spicy bacon-flavored seasoning we had picked up in Australia. I think that's what made it so good in the end. 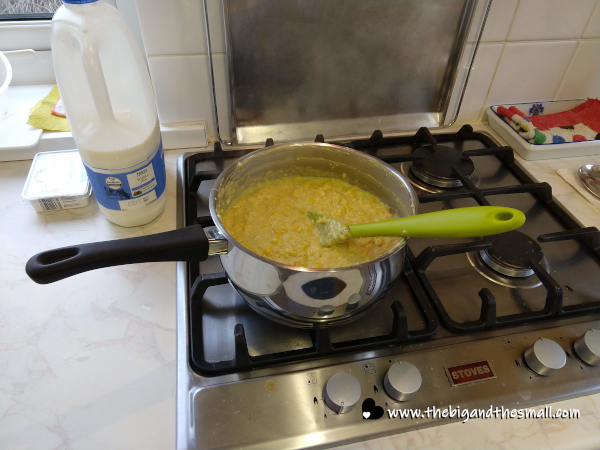 The tiny oven meant I had to readjust my plan for making everything and getting things done at the right time. It also made me glad that I skipped the green bean casserole as it that would have been just one more thing to try and fit in. The most I could squeeze in at one time was the turkey, the stuffing, and the sweet potato casserole. I'm used to Stove Top stuffing that does not need to be baked, but this weird British stuffing does need to be baked. 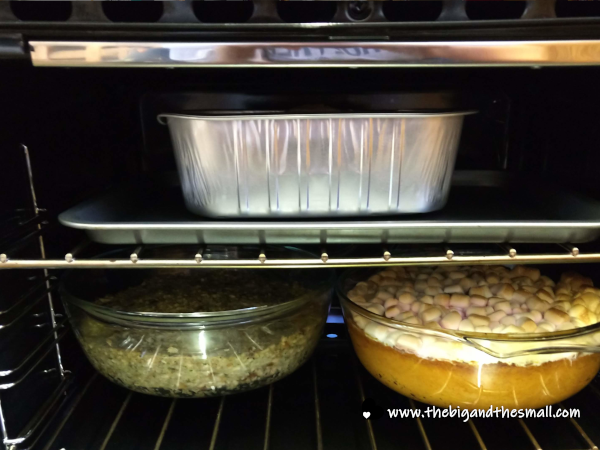 Overall it was actually a pretty easy day of cooking and everything came together pretty easily. At one point I was sure I was forgetting something because it just felt too easy! The guys mostly hung out in the kitchen with me while I cooked, I am grateful that at this housesit it's easy to have more than one person in the kitchen at a time. Finally, around 3 pm everything was ready to go! The "Happy Thanksgiving" napkins were a gift from our friend Elaine in Australia and they really made the table feel extra festive. 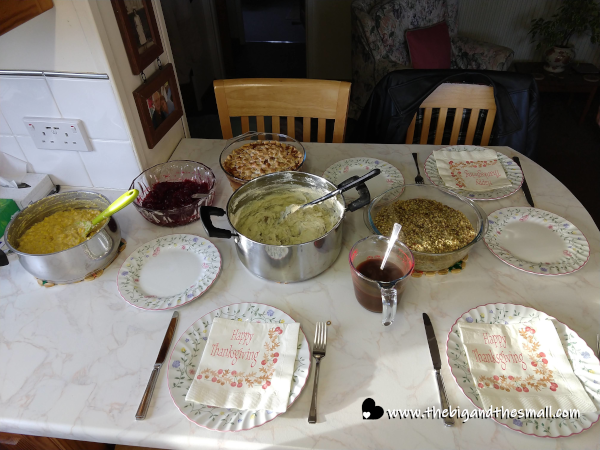 Also, you can tell I am not exactly a fancy host when it comes to serving food. I don't like making extra dishes so I've never quite understood the point of moving food into a whole different receptacle just to serve it, thus the actual pots and pans on the table. Maybe someday I'll be that fancy but not today. We also didn't dress up for the day, in fact, I never changed out of my pajamas! 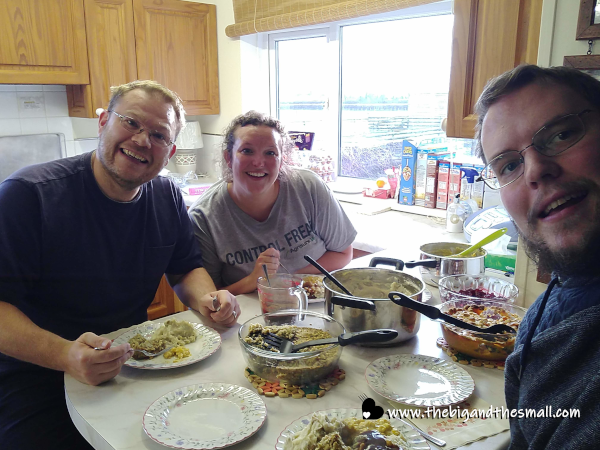 The final menu consisted of turkey, creamed corn, mashed potatoes and gravy, stuffing, sweet potato casserole, and homemade cranberry sauce. Looking back I think we could have used something green to replace the green bean casserole but oh well. I did briefly consider making some sort of broccoli cheese thing but chickened out on trying two new recipes for Thanksgiving. 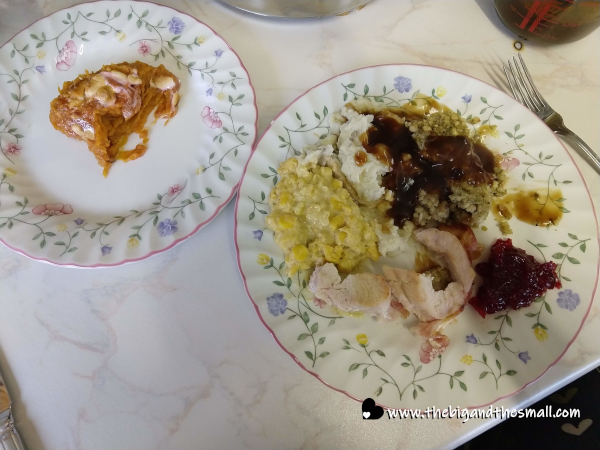 Earlier in the day, when everything in the kitchen was on autopilot, we decided we should spend the non-eating times of the day watching Thanksgiving-themed movies. Turns out, there are not a lot of those. In the morning we watched The Tower which is a heist movie that does culminate on Thanksgiving day. After we ate, we wanted to watch Planes, Trains, and Automobiles but couldn't find anywhere to stream it for free and didn't want to pay Amazon $5 to rent it. So, instead, we decided to go to Netflix and watch every Thanksgiving centered episode of Friends! It was so fun to watch one episode from each season and so quickly be able to see how the actors and characters changed over the years.

In the season 7 Thanksgiving episode, the friends play a game in which you have to name all 50 states in six minutes. The joke is that Ross scoffs at them all saying it should be very easy, and then it turns out that he can't do it. Halfway through the episode, Joel commented about how it would be so easy to do, so we immediately paused the show and decided to have a Brit vs. American showdown! I knew I couldn't do it (I've tried a lot in the past) so I set a timer and pitted Joel and Steve against each other. While Joel was able to name all 50 states it took him a bit longer than six minutes, so Steve won, completing the list in just under 5 minutes! I was impressed. 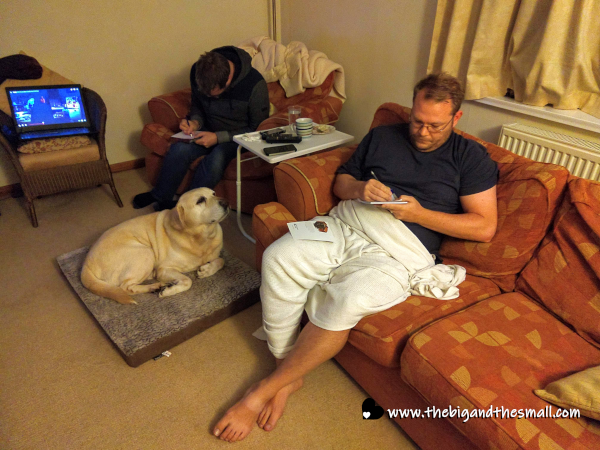 The whole day was very laid back and relaxing, a perfect way to spend Thanksgiving. Though we miss our families on these special days, we were ever so grateful that we got to spend the day with such a good friend in Steve. He also brought us a bag full of Christmas presents that we aren't allowed to open until Christmas Day!

I can't wait to see where we celebrate Thanksgiving next year - the only thing I know for sure is that I will finally be in my very own kitchen again and I can't wait!