If you read yesterday's blog post you had to know this one was coming, right? Today I'm sharing about some of the small things that made our trip to Bali as enjoyable as it was. 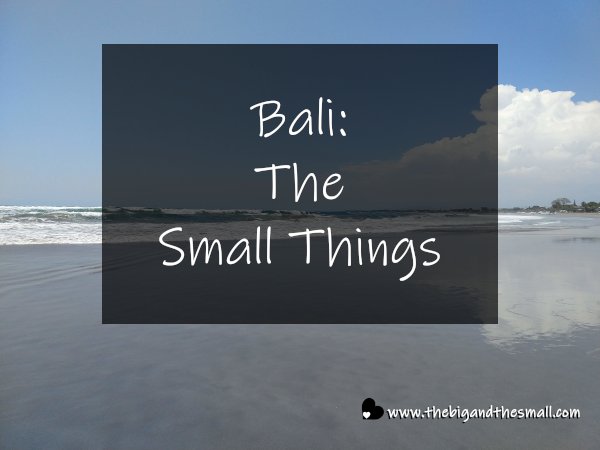 Working With a Travel Agent

For the first time since, uh, ever, we worked with a travel agent to plan this trip. We started by doing the research ourselves on how much a trip outside of Australia (for the flight and hotel) should cost us. From this information, we set a budget and then we went to the local Flight Centre to chat about our options. We gave them our budget, said we were open to several places - Bali, Singapore, New Zealand, but our requirements were that A. We had to leave Australia (because, visa) and B. We had to stick to the budget. Truthfully, we thought our budget was small enough that they would come back and say we were out of luck. However, our agent, Gemma, messaged a few days later with a plan for flights and a hotel for 4 days in Bali and it was bang on budget.

We had told ourselves that as long as it met the budget we would book the trip through them, so we did! There was a moment when Gemma asked us if we wanted the trip insurance just in case we needed to cancel for any reason, and of course, we said no. After all, we have never had to change our travel plans before and we truly didn't think it would ever be an issue. And then, of course, it was. If we had booked this trip on our own we would have canceled it and been out a little bit of money, but not much. Because we booked with an agent, canceling would have meant just losing out on all the money we had spent. This is not on Flight Centre, however, they were lovely to work with and I would highly recommend them to anyone who doesn't like the work of planning a trip themselves! 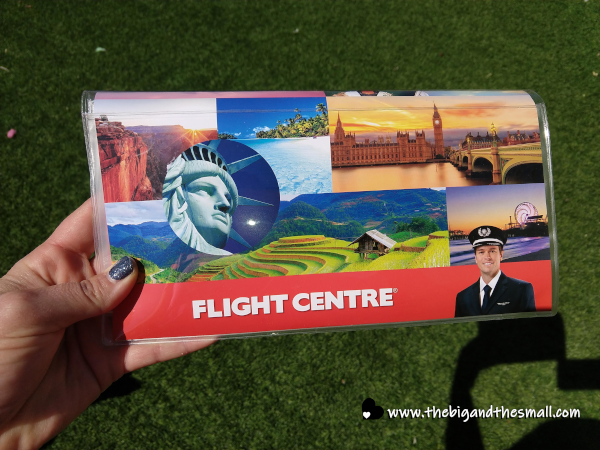 The hotel Gemma booked for us was the Ibis Styles in Seminyak, Bali. It was about a 40-minute drive from the airport which made me nervous as I like staying closer to the airport for shorter trips like this - it's just easier to navigate. However, Gemma eased my fears when she said that she had stayed at this very hotel herself. She said it was easy to get a cab from the airport and only cost about $15 Australian. Her experience assured me that we could handle this and we did!

The hotel itself is a 3-star joint and is located right in the heart of everything. There were amazing restaurants a mere stone's throw away and the beach was only a 20-minute walk away. Our room was small but comfortable and equipped with everything we needed. There was a weird design quirk in the bathroom. If the closet door was shut, there was no wall between the sink and the bedroom. If you slid the closet door open (it was the "barn door" style) that shut the opening behind the sink and enclosed the bathroom. It was strange, for sure, but not a deal-breaker when it came to comfort or function.

The pool area was smaller than I expected and completely open to the eating area which isn't my favorite set-up. I don't like to swim while people eating lunch can stare at me. But that's my own hang-up, I suppose, and others probably appreciate the ease of getting food and/or drinks delivered to the pool. Breakfast was included with our stay at the hotel and the food was pretty good! You could get eggs to order every day, and the other options ranged from sausage and pancakes to noodles and vegetable soup. The offerings changed slightly from day to day - sometimes it was rice instead of noodles, or french toast instead of pancakes - and I enjoyed the variety. 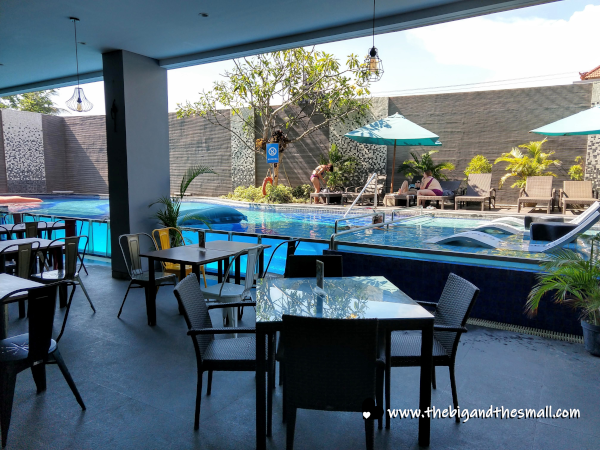 We haven't had to get local currency since we were in Bulgaria - in both Thailand and Australia we've been able to use our credit card for everything. However, we knew we would need cash in Bali (at the very least for the cab to the hotel) so that was one of the first things we did at the airport. We found an ATM that allowed us to withdraw from our Capital One checking account with a decent exchange rate and no extra fee. The exchange rate from American dollars to Indonesian Rupiah is 1 to 14, 121.50 (according to what I just Googled.) So it felt very surreal to type in a withdrawal of 2,000,000 (yes, 2 million!) into the ATM screen. 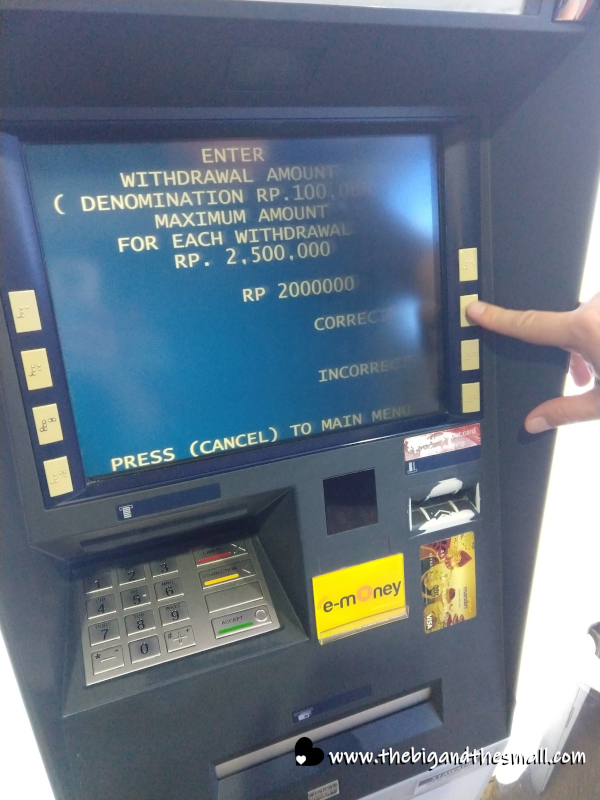 That 2,000,000 was actually about $140, so not as impressive as it first seems. But I still enjoyed holding 1 million of currency in my hand and just had to take a selfie to mark the moment. 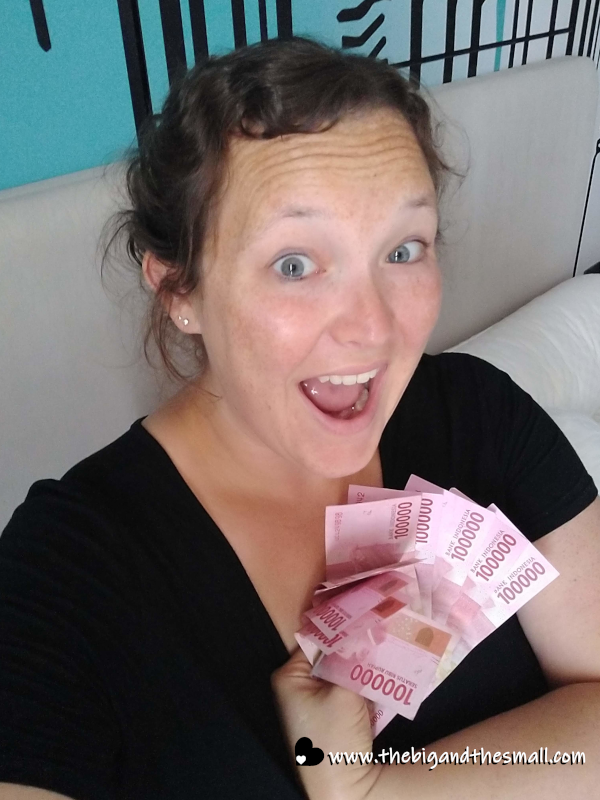 Joel Got a Haircut

I think I shared on our Facebook page back in January that we purchased some haircutting scissors and I was attempting to become Joel's barber for the year. This is part of our frugality/sticking to a tight budget as his short hair requires far more frequent maintenance than my long hair, and if I could do it we would save money! Spoiler alert: I kind of suck at cutting hair. Also, I kind of hate doing it. I try to do it once a month but I had been procrastinating on Joel's October haircut. So when I spotted a barber near the hotel that did men's cuts for what was only about $6, we decided Joel should get one! The haircut he received from Ado was excellent, but we did notice that he used a lot more tools than just scissors. So I'm pretty sure my lack of skill is just because I don't have the right tools...or you know, any training...but that's it, really! 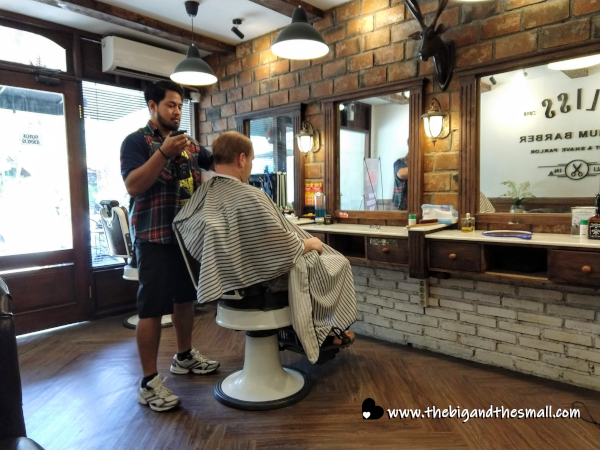 Perhaps the most magical bit of scenery we found in Bali was not a tourist attraction or destination at all, but this beautiful bit of landscaping at the W hotel. We passed by on our way to the beach and on the way back we walked down this gorgeous bamboo covered road. At the end of the road, we met a security team who only let through people who were staying at the hotel, so we didn't get to see the actual hotel itself. 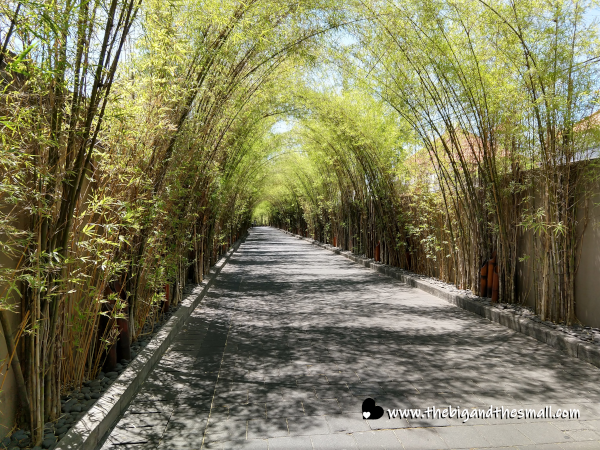 Tomorrow I'll be back to share about one mini thing we did in Bali!

YES!!! Get it girl! Selfie with a million dollars!! I would have done the same.

Who could resist!? I would have thrown it on the bed and rolled around in it if I wasn't afraid of losing a bill or two, haha.