Kangaroos, Koalas, and Wombats, oh my! Last week we finally had the chance to head to the Caversham Wildlife Park - an animal sanctuary located just north of Perth, inside a state park. The day was absolutely gorgeous, not too hot, and we got to see and experience so many awesome things! I had researched several wildlife parks around Perth to find the best one and settled on Caversham because it included the most experiences for the best price. I was affirmed in my choice when Elaine said that's where she takes all of her visitors! 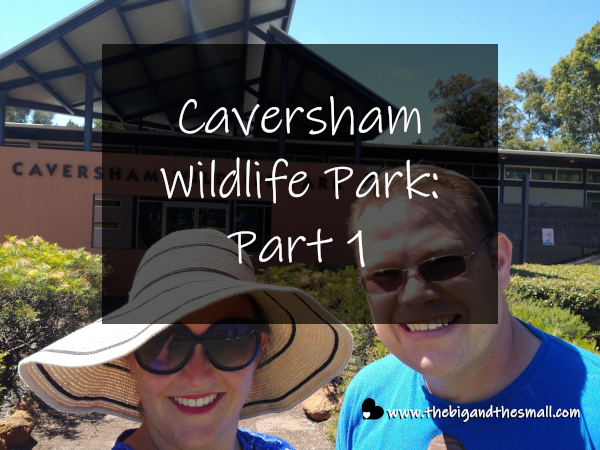 The entry fee was $30 Australian which is currently about $20 US. So, not cheap, but not too crazy expensive, especially considering all that we got to do! We arrived around 10:45 which turned out to be perfect as that meant we could go see the Wombat and Friends at 11:00, then move straight over to pictures with Koalas at 11:30, and then get to the farm show at noon. We got to thoroughly enjoy each exhibit and move through the park efficiently! 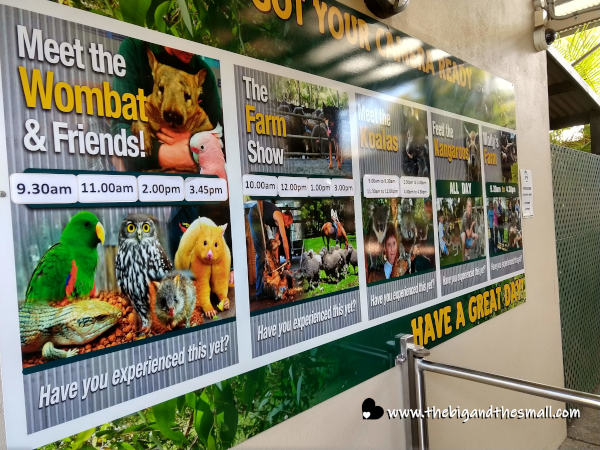 Well, except for on our way to the Wombat and Friends when, despite looking at a map that clearly told us to go one way, Joel insisted that going through the Kangaroo enclosure (named the "Kangaroo Walk-Through") was a short cut. Amidst my protests I followed him through the crowds, weaving through kangaroos, all the way to the back of the enclosure when it was finally made abundantly cleary that this was not, in fact, a short cut. So we had to rush back through all of it and then follow my correct directions in a rush to get to the wombats on time. I have now decided that for the rest of our lives anytime we take an unnecessary detour it will be referred to as a Kangaroo Walk-Through. 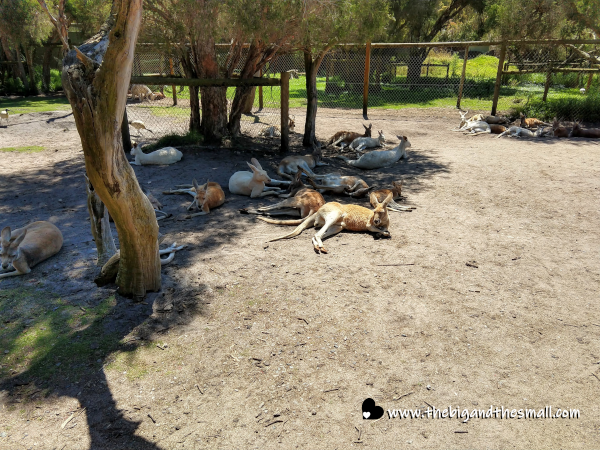 I will share more about our time spent up close and personal with some of the animals tomorrow (complete with an abundance of selfies with various creatures) but I want to impress upon you how awesome this place was. The crowds were quite large and the lines for photos with the animals seemed, at first, like they were going to take a long time. However, I was very impressed with how quickly the staff moved people through without making it feel rushed at all. This was the line to get a photo taken with a wombat and we spent less than 10 minutes waiting! 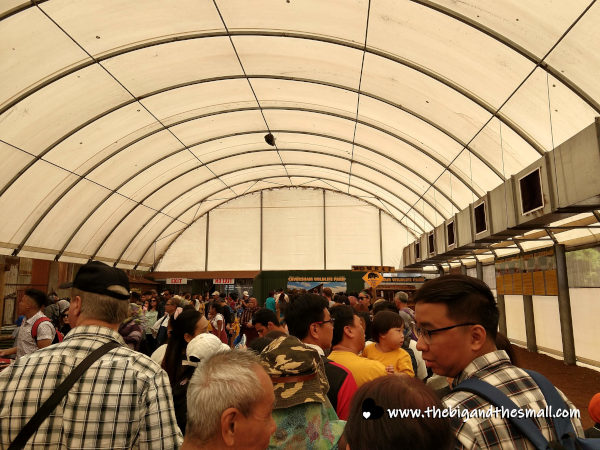 The friends of the wombat included some cool birds like this owl that sat so still and was so regal he looked like a statue. 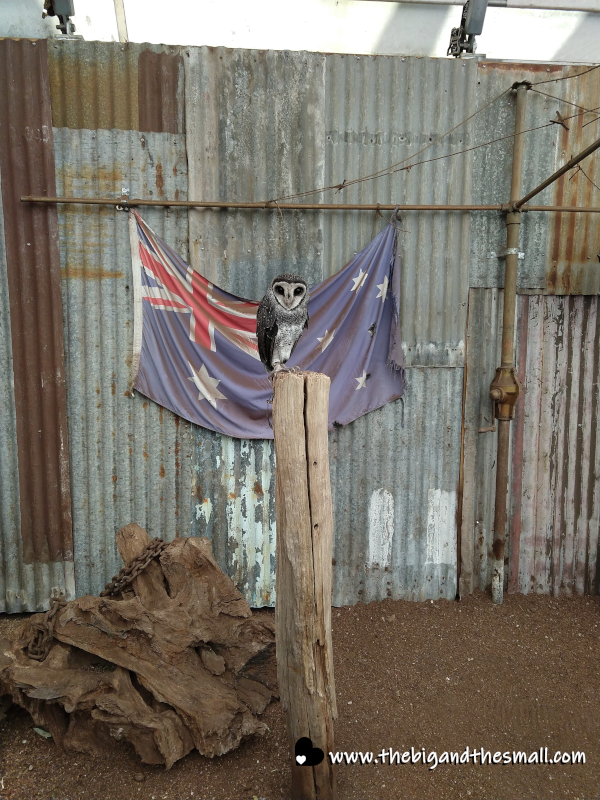 He was not a statue, which I will prove to with this picture taken from the same angle after the owl turned his head. 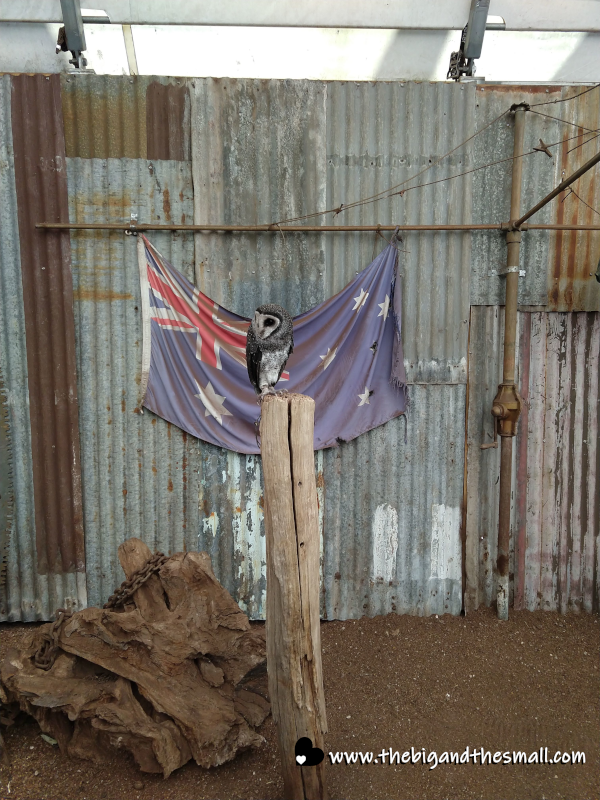 We also go to get up close and personal with a Kookaburra! (Anyone else remember that song from when we were kids? Kookaburra sits in the old gum tree, merry merry king of the bush is he....) (Have fun having that stuck in your head now.) He was so close I could have reached out and touched him but I didn't because take a look at that beak! 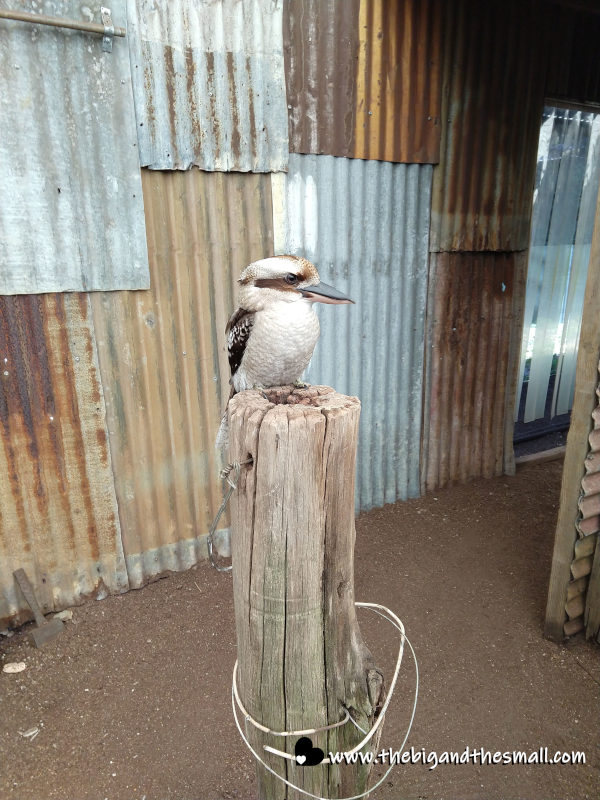 The wombat was also friends with some reptiles and this furry little dude named Knox, who is a Tiger Quoll! I was a big fan of his polka dots. 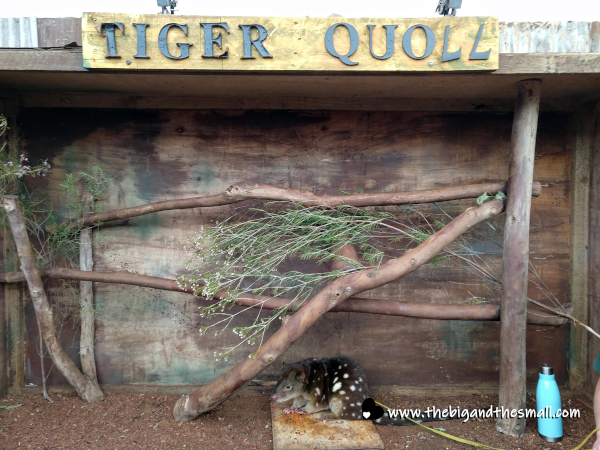 By 11:30 we were in line to meet a Koala and as we waited a recording that played overhead reminded us several times that while they are commonly known as "Koala Bears" they are not actually bears. The Koalas were perched on a tree during our visit and they got to chomp on Eucalyptus leaves at their leisure. Apparently Koalas are quite lazy and docile creatures, content to spent around 18 hours a day sleeping. Our particular friend, Lochie, could barely keep his eyes open for pictures. 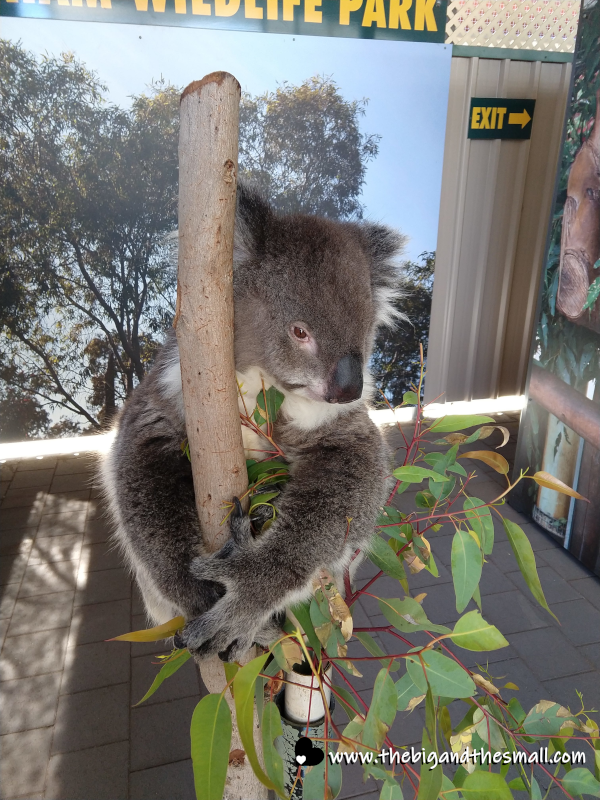 After our photo session with Lochie it was off to the farm show! Entering the space where the farm show took place felt like we could be walking into the Iowa State Fair. I wasn't sure how different a farm show would be from farm things I've experienced in Iowa but I did get to see some things I had not before. Including my husband cracking a whip! After the main farm guy showed the crowd how to crack a whip he asked for volunteers so Joel got to go take a crack at it (pun fully intended.) He got it on the first try! I took a video of it so I'll have to figure out how to share that later. 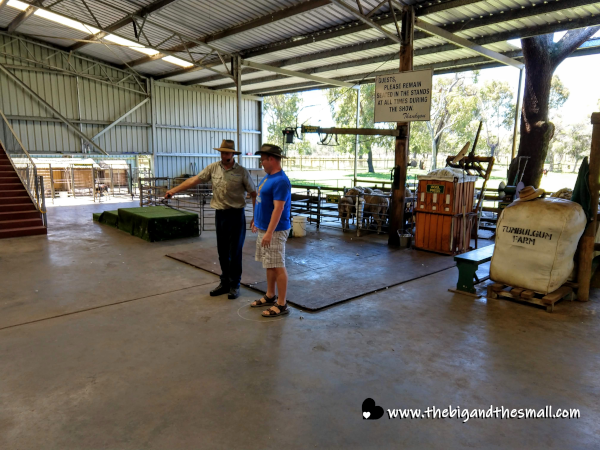 I also got to see a sheep get sheared for the first time! The presenters went into great detail about sheep are raised, demonstrated herding them with a sheep dog, and explained how shearing works. Shearers get paid about $3 per sheep which doesn't sound like much, but when you consider they can shear anywhere from 150-200 sheep in a day it adds up! While some animal rights activists protest the use of wool, it is actually of benefit to the sheep to be shorn. Without this practice, their wool can grow so much that it begins to impede their eyesight and their health. The sheep being shorn seemed perfectly okay with what was happening. 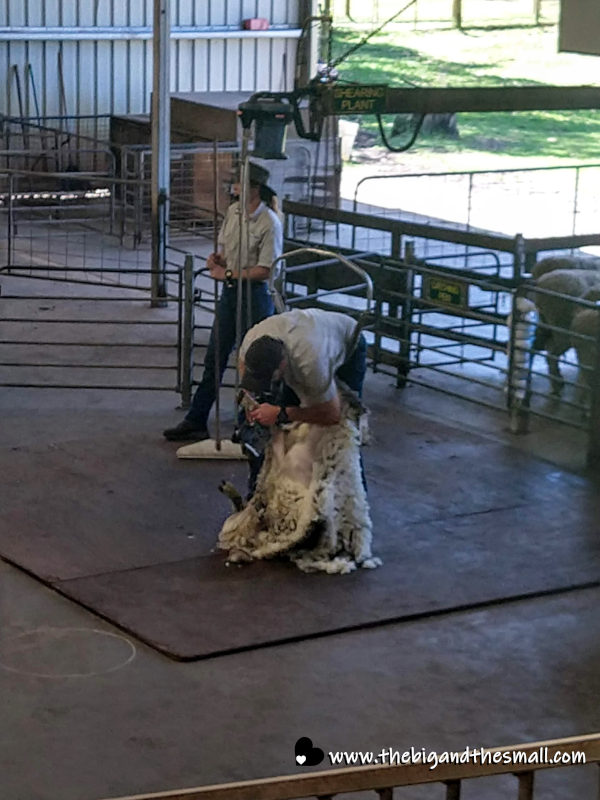 I was quite impressed that the guy was able to get all of the fleece off still in one piece! 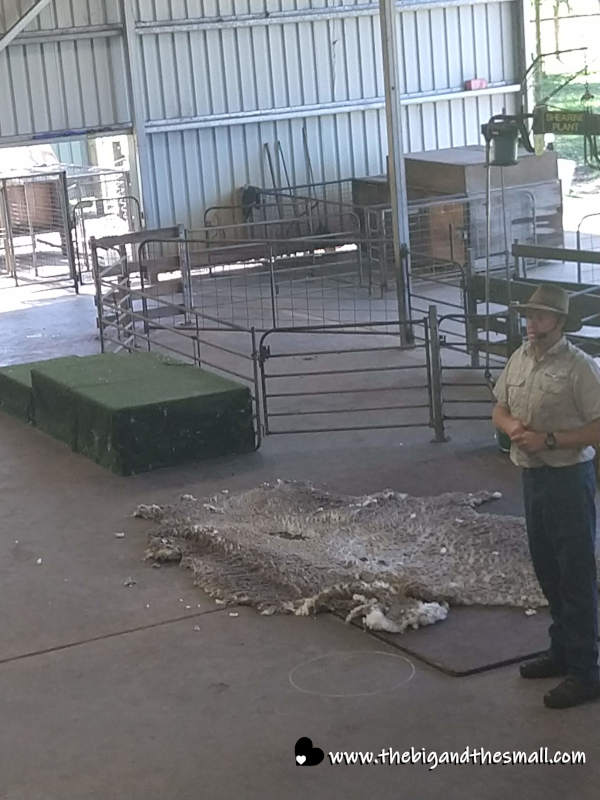 After the farm show, we wandered around and enjoyed seeing many other animals in the park. As we wandered shaded pathways we would randomly come across various birds including various parrots and the most gorgeous pheasant I have ever seen. If you ever get to Perth, Australia, Caversham Wildlife Park is not to be missed! I will share even more about it tomorrow!