Last week our new host needed to head into Perth for an appointment, so she offered to take us to King's Park in the city and drop us off so we could enjoy it for a few hours. We had it on our list of places to visit while we are here so we were very excited to check this one out and cross it off our list! 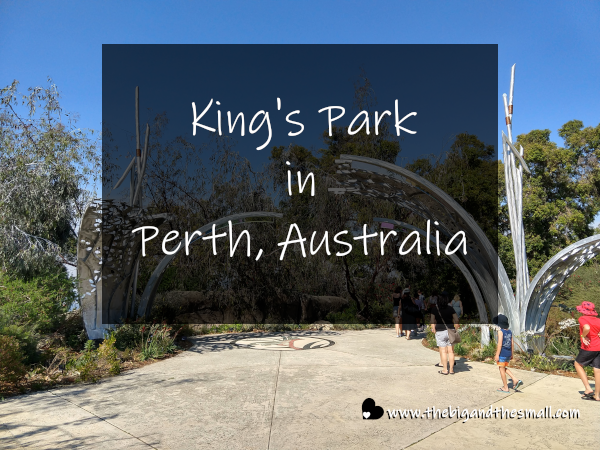 King's Park is also home to the West Australian Botanic Gardens and together they create one of the world's largest and most beautiful inner-city parks. The whole place is free to the public and easy to access, offers public education, and is a leader in scientific research, horticulture, and conservation. You could easily spend several days checking out the whole place but we only had several hours so we tried to see as much as we could! We were dropped off near the visitor's center and right away there are signs that this will be a spectacular place to visit. This working floral clock was first established in 1962 though it has been relocated several places around the park since that time. 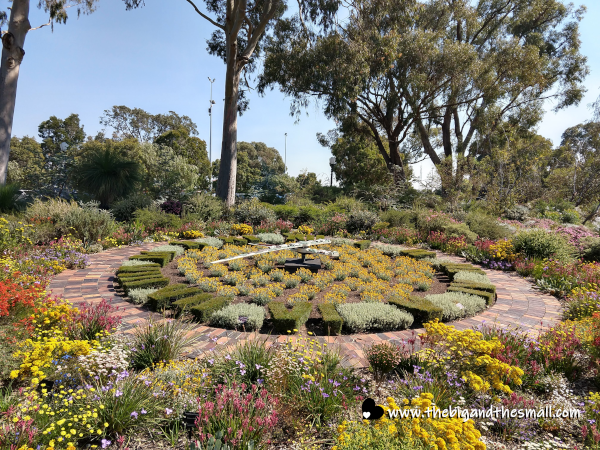 The whole area of the park sits on a high bluff overlooking the city. The area of land is known as Mount Eliza and was named after a public official's wife in 1827. Long before then, the area was an important hunting ground for the Nyoongar (Aboriginal) people. They would herd kangaroos then drive them over the edge of the embankment where hunters were waiting below with spears to ensure a quick and relatively painless death. This gave the tribe an abundance of meat on which to survive for a time. Nowadays the views of the city and the water below are breathtaking. 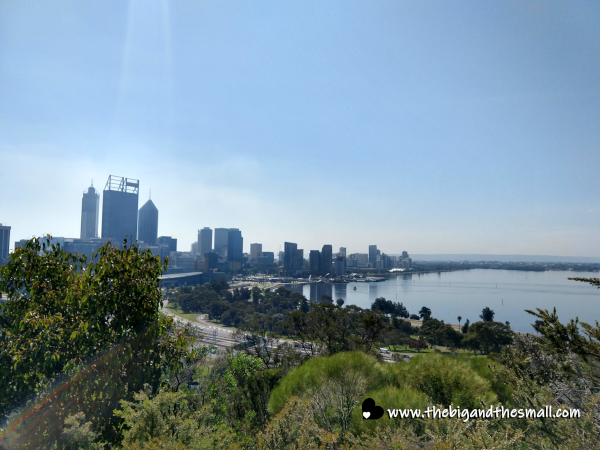 We were delighted to find that the visitor's center boasts free tours of the gardens at four different times of the day. We were just in time to jump onto the 10:00 tour which we found easily thanks to the abundance of ladies in purple outfits and red hats who were also on the tour. However, after about twenty minutes we realized that this tour focused on the specific flora and fauna in the park, while we were looking more for an overview of the park. We enjoyed learning a few facts (like about William Dampier, a pirate who was also a botanist) but then we slipped away to explore more of the park for ourselves. 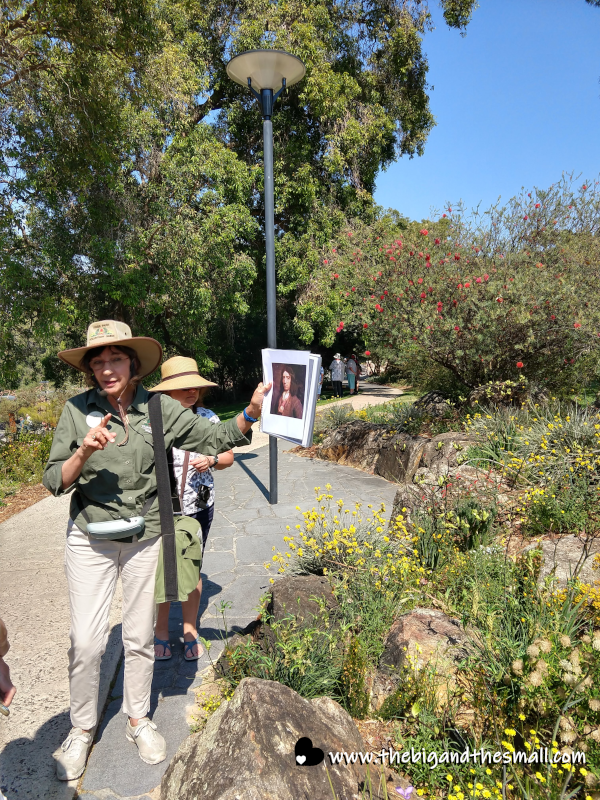 We came across a huge tree that was protected and encircled by a fence. My attention was first drawn to it as someone pointed out the most colorful bird I've ever seen hanging out in the branches! If you look verrrry closely at this picture you will see it. I then found a sign which told the history of this Boab tree - which did not originate in this area! The tree is an estimated 750 years old and used to live 3200km north of here in Telegraph Creek. When the construction of a new bridge on the Great Northern Highway meant the tree needed to be moved, it traveled to its new home here in the park in 2008. 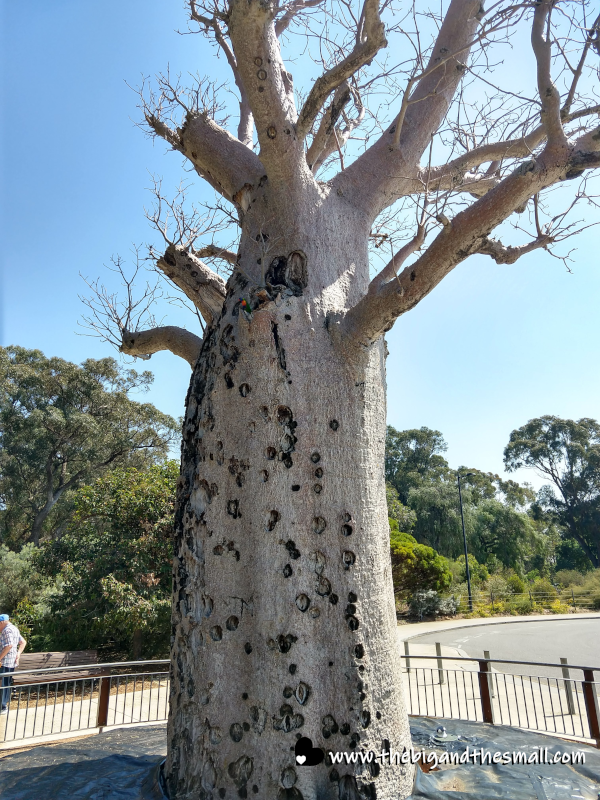 From there we explored the water garden via the "Pathway of Success." This pathway is marked with 53 brass plaques which recognize the contribution women's groups have made to Western Australia. The markers on the path were installed in 1999 as part of the Centenary celebrations for women's suffrage in Western Australia. Additionally, throughout the water garden, there are various art installations by Australian women. This statue in the pond was the first to be installed and is a memorial to pioneer women. The fountains surrounding it were a work of art of their own, changing the height and frequency of their display often. 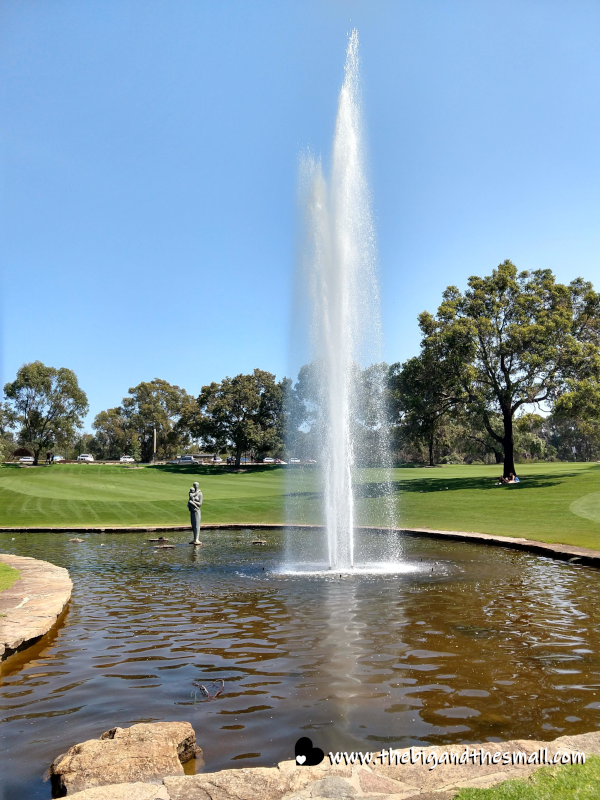 Our absolute favorite part of the whole park was this glass-sided bridge. Not only was it a beautiful addition to the park it affords you incredible views of both the park on one side and the city on the other! The park was busy that day but we were lucky enough to arrive at the bridge at a quiet moment, which gave us time to walk across it and reflect on the beauty of the place. It might look a bit scary but I had no trouble walking across it at all - now had it been a glass bottom that might be a different story! 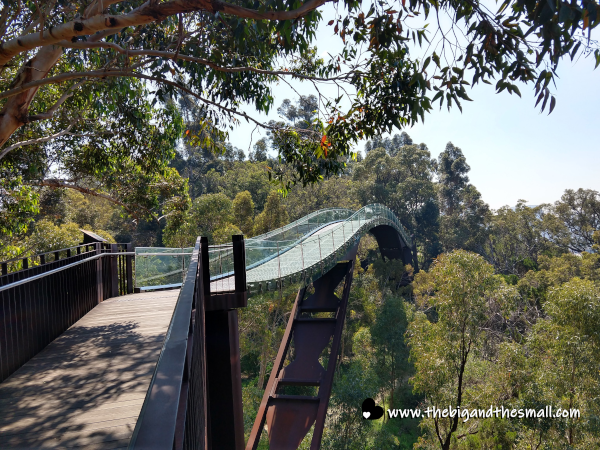 Speaking of reflecting, there is a whole section of the park labeled as a "Place of Reflection." It was designed as a place where people seeking healing from any sort of loss or trauma might come spend time in nature and experience comfort. We noticed as we walked through this area that everyone was more intentional about being quiet and leaving space for those who might be there for the intended reason. There were benches scattered throughout that were placed off to the side so someone could have at least a bit of privacy. It was a truly beautiful community space. 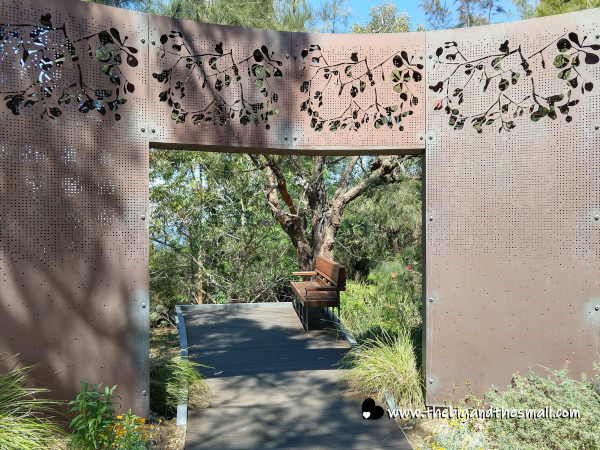 Since King's Park is actually bigger than Central Park in New York City, we only scratched the surface of everything there was to see. In addition to exploring all of the above we had a picnic lunch in a gazebo and rested near a pond for a while where I finished a book I had been reading. It was lovely to simply enjoy the space as intended, as a local might, rather than feel like we must see the whole thing just because we were there. We truly enjoyed our day at the park!