My 33rd Birthday in Australia!

Exactly one week ago today I celebrated my 33rd birthday here in Australia. (Which means today is my Dad's birthday, Happy Birthday Daddy!) While you might think that when one spends a birthday in Australia one should do something over the top amazing like pet a kangaroo or have lunch with a koala (or insert another very Australian thing here) I found myself wanting a simple, mostly at-home birthday celebration. 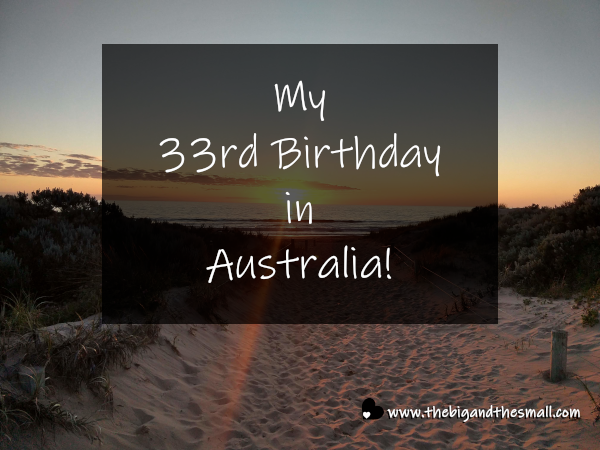 It took me a while to decide what exactly I wanted to do for my birthday but when we found a movie rental kiosk that had discounts on Tuesdays my plan was set - it was time for a movie marathon! I have been sorely missing getting to see movies in the theater and I have a running list of everything we need to catch up on someday on my phone. So we started my birthday day by heading to the mall and renting 3 movies! 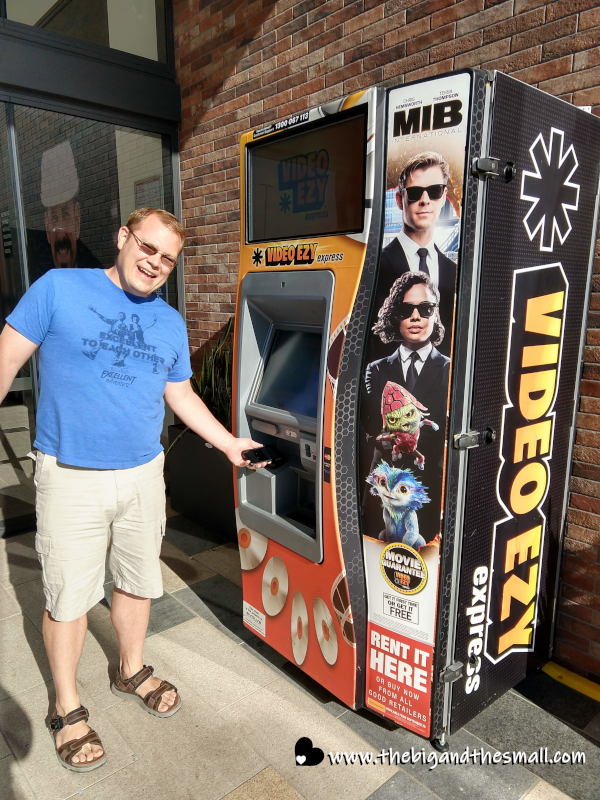 Here's what we watched:

Instant Family
I've been wanting to see this movie about a couple who decides to do foster care/adoption since we first saw previews for it in January and I was so excited to finally sit down and watch it. I ended up being grateful we skipped this one in theaters because I cried during practically the entire movie! Sometimes it was happy tears,  sometimes laugh so hard I'm crying tears, and sometimes straight-up sobbing at something sad or heartfelt. We even paused the movie a few times to process our emotions. It was so, so good. This one became an instant favorite for us (see what I did there?)

Brightburn
We tried to see this one in theaters with MoviePass when we were in the States earlier this year but that was right when MP started acting up and not working consistently so we missed it. This story basically explores what would happen if when Superman came to earth, instead of being basically a perfect, responsible, Boy Scout of a person, he instead had some evil tendencies. The movie created a compelling, sometimes terrifying story, and it went a direction we did not expect which was a nice surprise. It also seemed to set things up for a second movie? If they made one I would watch it.

Rocketman
We ended the day with this "musical fantasy" about Elton John, starring Taron Egerton who did an amazing job playing the eccentric singer. The music was, of course, fantastic, the costumes epic, and the story very moving. It was a great way to end the day!

A birthday celebration isn't complete (for me, anyway) without some special food so we interspersed our day of movies with some real treats.

Fairy Bread
I did some research to see if there were any particularly Australian birthday traditions and the only thing I could find was "fairy bread." It seems to be a tradition mostly for children but we thought we'd give it a try. Fairy bread is white bread (usually with the crusts cut off), spread with margarine and then covered with colorful sprinkles (knowns as "hundreds and thousands" here.) We made some to go with our typical breakfast of scrambled eggs with zucchini and we both decided that fairy bread = not for us. The sprinkles add a weird texture but not much flavor and while they look pretty, I wouldn't call it tasty! I actually only had a couple of bites of mine and made Joel at the rest. 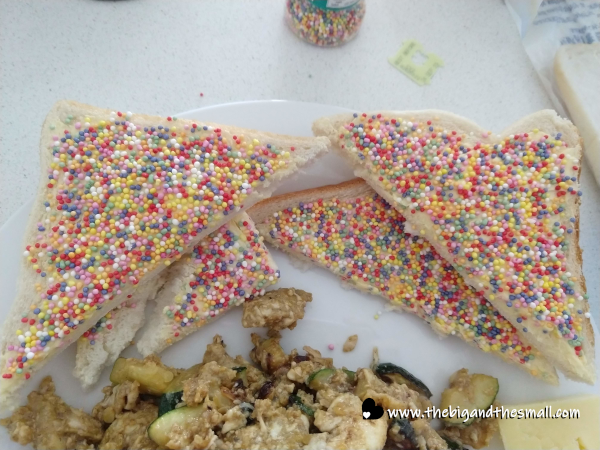 Cake & Candles
The internet told me that Australians celebrate with cake, candles and singing "happy birthday" (just like the US) and I wasn't going to say no to upholding that tradition in my life! If we were in our own home I'd probably bake a cake (I enjoy baking every once in a while) but since that is tough to do in someone else's kitchen I settled for this delicious chocolate "mud" cake from Aldi. Some simple candles made it extra fun for a birthday! 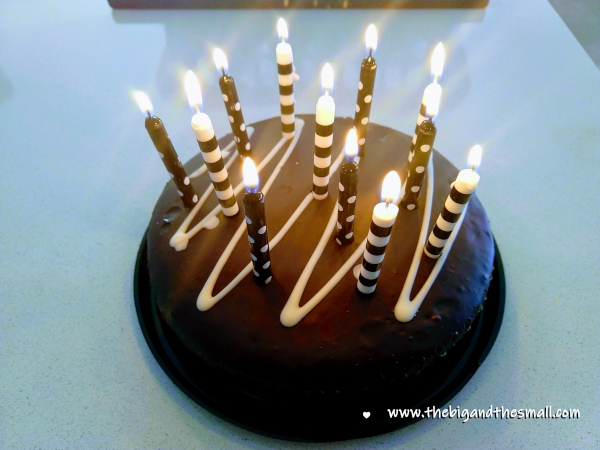 Nachos
For dinner, I decided on one of my favorite foods to make at home - nachos! We can get good chips, cheese and sour cream around here, but like everywhere else we've been so far, salsa is expensive. Thankfully, when I was home this summer my mom gave me a spice mixture that, when added to canned tomatoes, makes for a pretty good salsa! I had whipped up some of that a few days ahead of time so the flavors could really meld and it made for the perfect accompaniment to nachos. 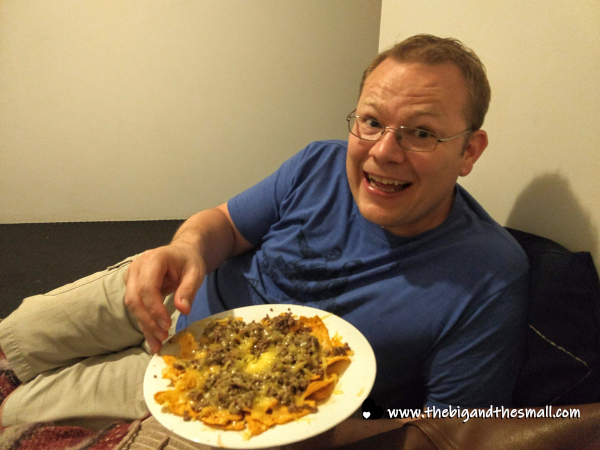 Sparkling Wine
I don't drink often and Joel doesn't really drink at all, but I wanted to toast to my birthday. I picked up this inexpensive bottle of sparkling wine at Aldi and we toasted to a new year of life! 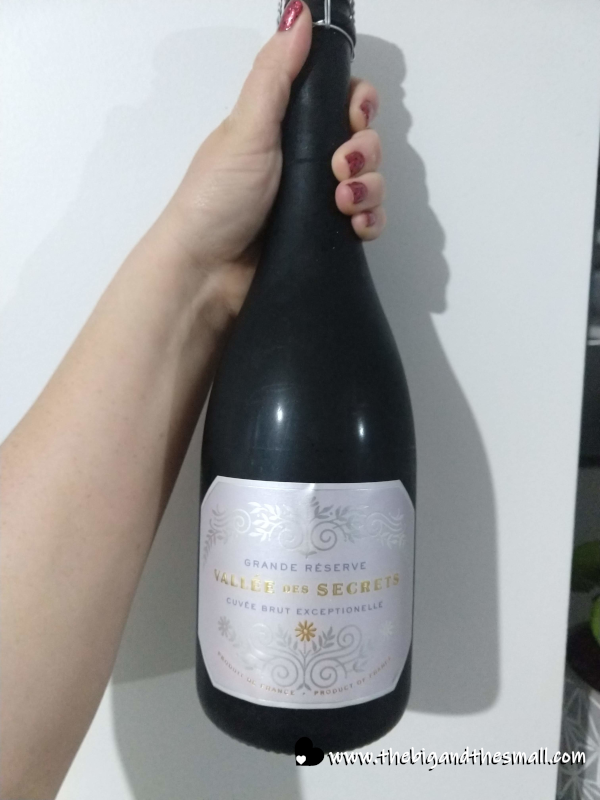 I also had a bag of microwave popcorn and some Diet Coke during the second movie of the day to try and capture that theater experience. It wasn't quite the same, but I did get the joy of having puppy snuggles instead so that made up for it! 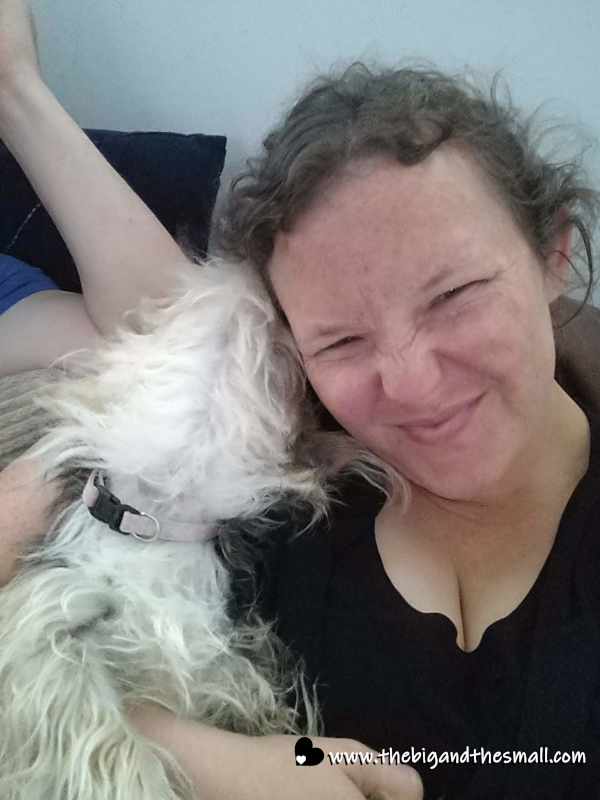 I didn't want the whole day to pass at home since we are in Australia and only a five-minute drive from the beach, so before settling in for our final movie of the day we went to walk on the beach at sunset. 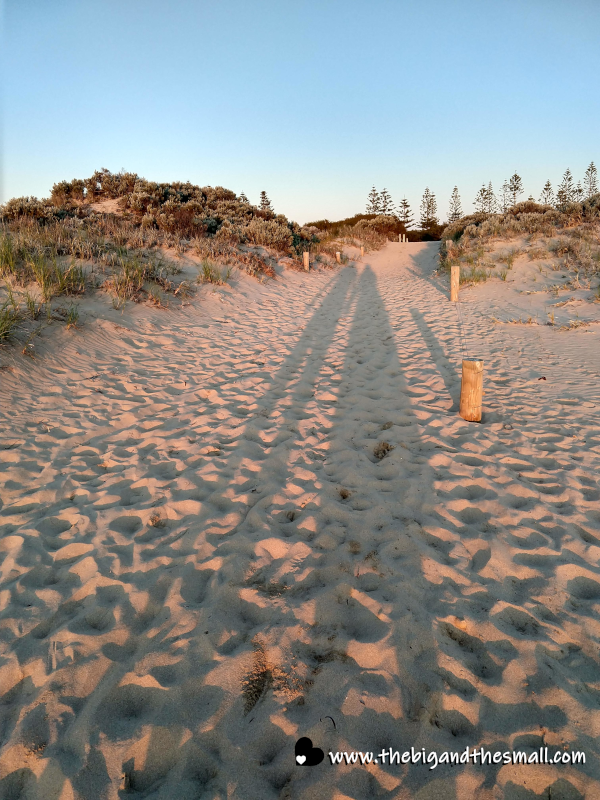 The weather was perfect and we even had a fun photoshoot in the water. Plus I had an excuse to wear my latest thrift store find - this fabulous leopard print skirt made even more fabulous when I discovered it had pockets! It was like the universe giving me a birthday present. 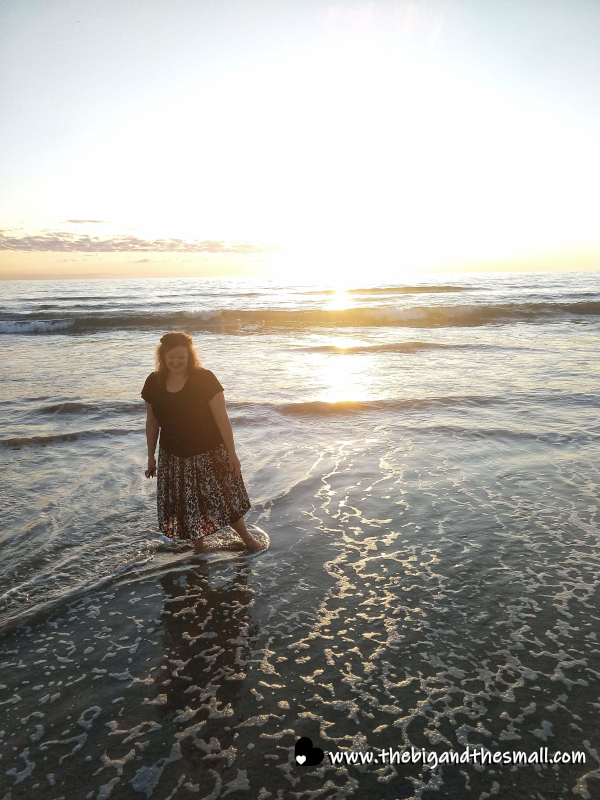 Watching the sunset on the beach has been one of my favorite things to do at this housesit and it was the perfect way to ring a new year of my life. The whole day was low-key and exactly what I wanted for turning 33. 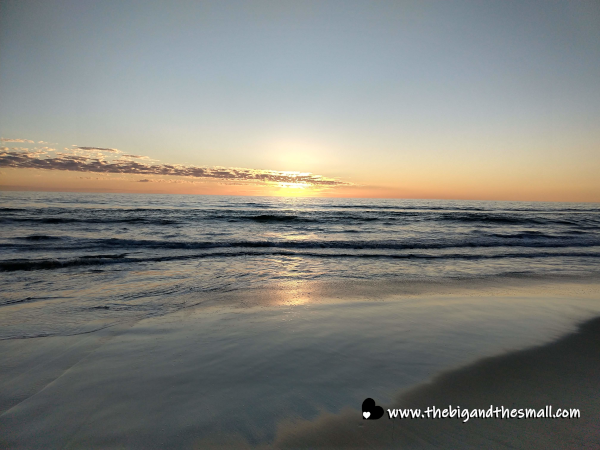 Here's to making this my best year yet!