When we went to Downton Abbey the other week, we saw previews for a new Australian based movie coming out and immediately added it to our list of movies we want to see. (Yes, I keep a running list on my phone.) The movie is called Ride Like A Girl and though I'm about to make you wish you could see it, as far as I can tell it will not be showing in the US. We were actually lucky enough to catch an early screening as we saw it this past Sunday and it doesn't open at all theaters until this weekend! 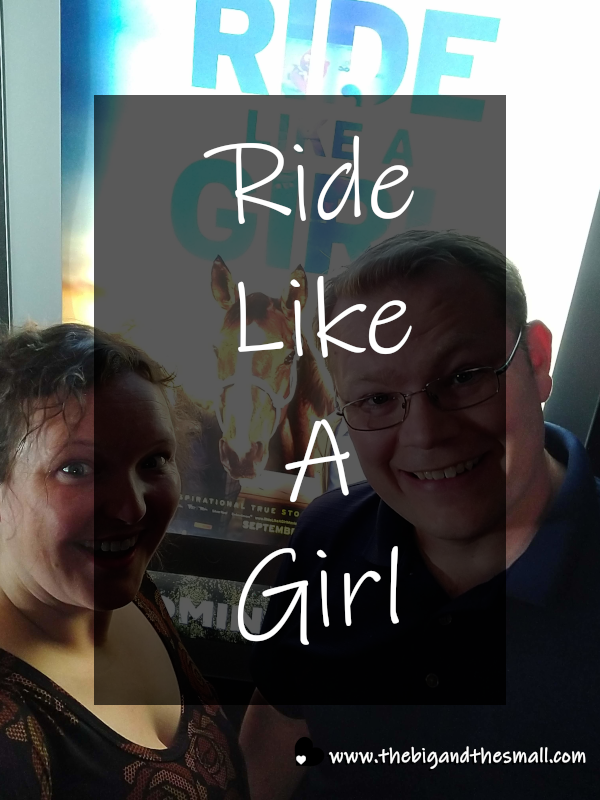 If you are familiar with horse racing (which I am not) you have probably heard of the Melbourne Cup. Apparently, it is the most prestigious horse race in the world and is held every November in Melbourne. Horse racing is a male-dominated field (no pun intended), and we all know how hard it is to break into those careers for women. The movie Ride Like A Girl is the story of a young woman who did just that - Michelle Payne works hard and beats all the odds to become the first female ever to win the Melbourne Cup.

Though we knew the outcome of the race going into the movie (since it is, after all, the reason the movie was made) they still did a good job telling her life story leading up to the big race. Payne comes from a family of jockeys and horse lovers - she is the youngest of 10 children. Her mother died when she was only 6 months old leaving her father to raise and manage the large family on his own.

The movie pays special attention to Michelle's relationship with her brother, Stevie, who has down syndrome. I think the absolute best part of the movie for me was that Stevie plays himself! Like all of his siblings he works with horses - as something called a "strapper". I don't know exactly what all that entails but it definitely involved helping Michelle with her horse before the race and he even got to pick which lane she started in! That is done by choosing randomly (like a lottery drawing) and Stevie drew the absolute best starting position for his sister. Their relationship throughout the movie is heartwarming, brought me to tears at least once, and is apparently all very true to real life. This storyline alone makes the movie worth seeing.

The actress who played Michelle Payne - Teresa Palmer - also did an excellent job. She exuded the quiet (and sometimes not so quiet) strength and determination Michelle had to accomplish what she did. I had no idea how dangerous being a jockey could be - over the years Payne suffered numerous broken bones, multiple skull fractures, and more than one injury that should have ended her career - but she didn't let anything stop her. She also encountered blatant sexism and a system where she had to work twice as hard to be recognized half as much - but she didn't let anyone stop her.

Now granted, the movie was a bit cheesy and bore many of the hallmarks of a Hallmark movie (see what I did there?) but if you love that kind of movie or stories about underdogs winning against all the odds you will enjoy this one. I'm sure someday it will be available to rent/stream/etc for American audiences so be sure to add it your list of movies to watch someday! (What? Does not everyone keep a list like that? What do you do with your life?)

We will still be Australia when the Melbourne Cup rolls around this year, and even here on the other side of Australia, it is a big. deal. I am hoping to find a Melbourne Cup party to attend - I imagine it would be something like a Superbowl party? I am excited not because I really care about horse racing (it is, like all sports, rather meh to me) but because the fashion for women attending the Cup and assorted parties is so fun! We have been spotting the cool hats/fascinators available at stores (and thrift stores) and once we saw the movie we saw why! Every single woman at the track for the race was wearing some sort of fabulous headpiece. Shortly before we saw the movie we were in Target and found a fascinator that I loved but could never justify spending $25 on (even if that is only 17 US dollars.) 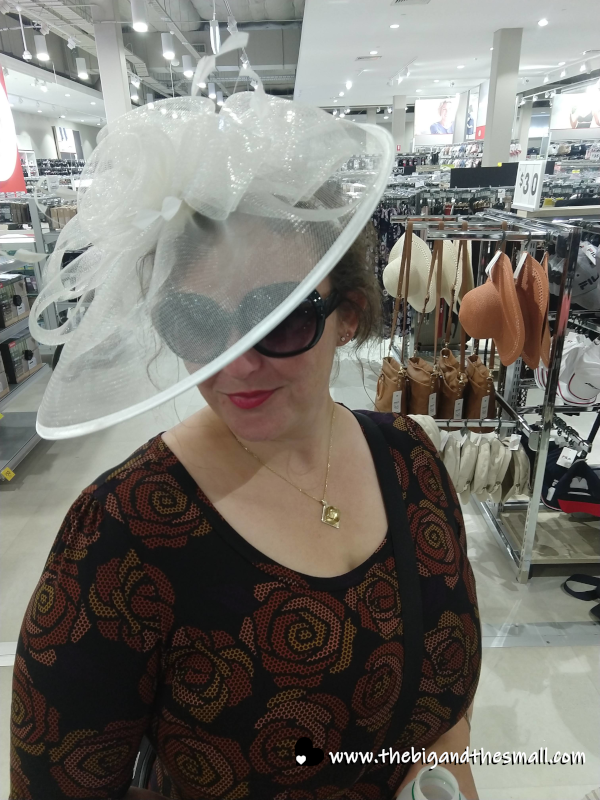 However, while Target prices are out of my budget, the thrift store is not! My new thrifting goal is to find a fascinator before the Melbourne Cup on November 5, which means I have a little over a month to find one. Yes, it's frivolous, and yes I'll likely just wear it around our house while watching the race on TV and then likely never find an occasion to wear it ever again. However, it sure seems like it would be an awesome Australian souvenir, and who knows, maybe I'll find an occasion to wear one in my fancy British life!

Wish me luck on finding one in my price range! And let me know, does this sound like a movie you want to see? I will keep an eye out for when it might be available for American audiences!