Throughout our world-traveling journey, it has been rare for us to stay in an actual hotel. When we first left the US and made our meandering way to Cyprus, we stayed one night at a hotel in Vienna. While in Wales last October I went on a church retreat to England that involved staying at a hotel. On our way back to the US in May we had to spend a couple of nights at a hotel in London. And when we went to Italy we spent one night at a hotel before staying with a friend. But otherwise, we stick to housesitting or Airbnb. For our trip to Thailand, however, after researching all of our options, we decided to splurge on not just a hotel, but a resort. 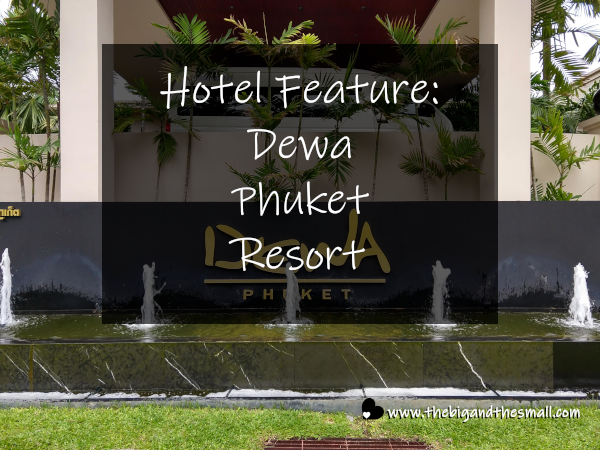 We spent many long hours researching where to stay on our four day trip to Phuket. We found that places further away from the airport were quite a bit cheaper - but then we knew we would need to factor in the cost of getting to those places. Would public transit be reliable? Would a taxi be really expensive? In the end, it seemed better to stay close to the airport. We found offers for places that were as cheap as $15 a night, but further research on Google and extensive checking of reviews showed that those places were hit and miss. They would have a couple of rave reviews, and a couple of no air conditioning/lots of cockroaches reviews. So we ended up choosing a hotel resort that was close to the airport, right on the beach, and while expensive for Thailand, really well priced for what we would pay in the States. The Dewa Phuket Resort was the winner - we booked a Deluxe Room and by going directly through their website we got breakfast included and a free airport pickup. When we pulled up outside the hotel (after our long overnight flight) we knew we had picked the right place! 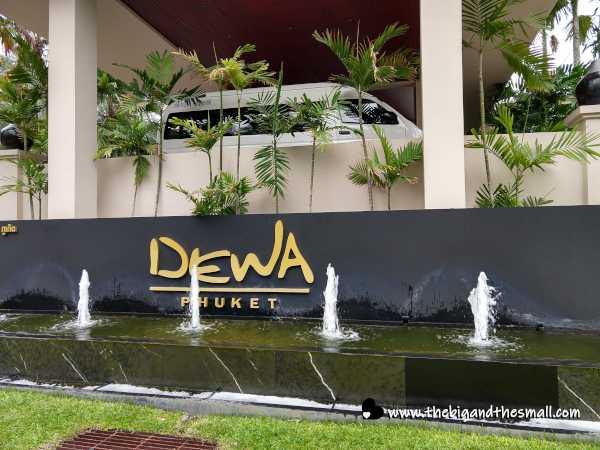 The lobby area was open air and even though it was pouring down rain upon our arrival it was still very welcoming and comfortable. The staff was top-notch - even though they were quite busy when we arrived they handled everything quickly and smoothly. 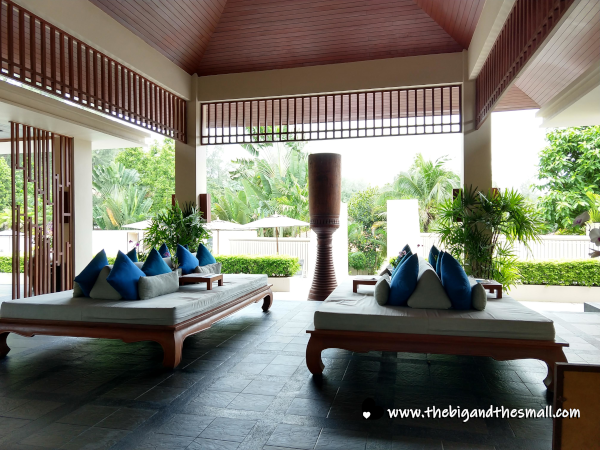 The walk to our room took us along jungle lined paths that were incredibly lush. It was a bit of a maze to navigate the first day but I quickly learned the way around and it was always a beautiful walk to get somewhere. 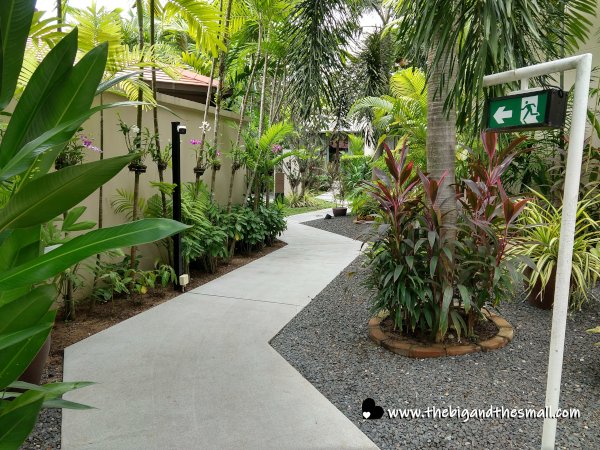 One special touch was the orchids they had attached to many of the trees. This purple and white one was our absolute favorite! 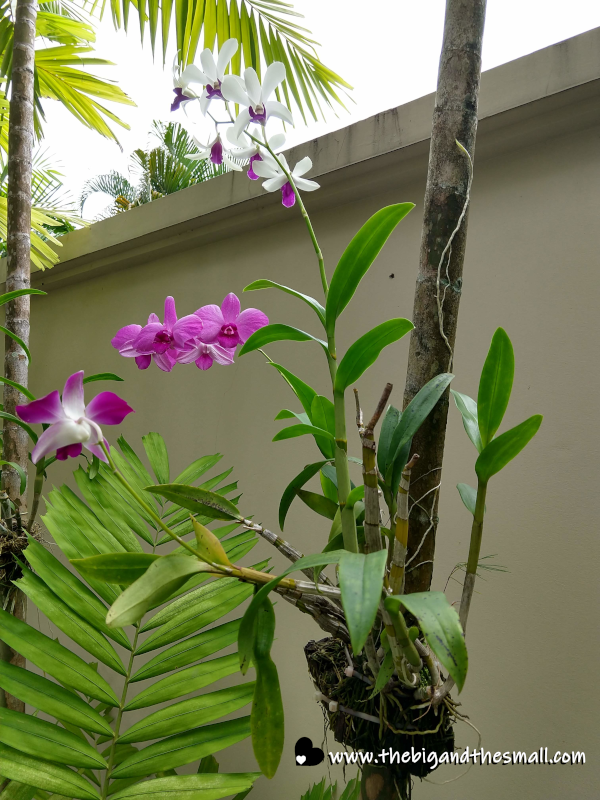 Our room was on the ground floor so we had a terrace instead of a balcony. Upon walking in there was a small sitting area and then the big, beautiful king-sized bed took center stage. We both decided that this was by far the most comfortable bed we have slept in since leaving our own over a year ago. The headboard was also amazing with built in lighting, a switch that could turn off all the lights in the room (no having to get back out of bed at night!) and plugs that had universal adaptors built in so it was easy to charge our phones! Behind the bed wall was the bathroom which was up to a high standard. 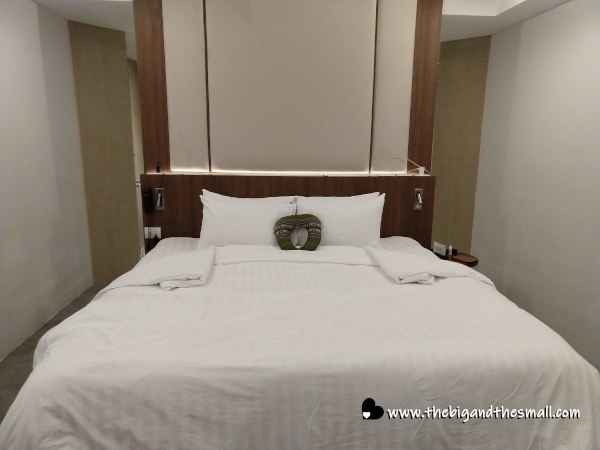 The breakfast that was included at this hotel is by far the best hotel breakfast I have ever had. I never did take a picture of the whole spread but wow was it huge! They had pretty much every possible choice you could want for breakfast from cold stuff like cereal and pastries to made-to-order eggs/omelets, all the ingredients for an English breakfast, and many popular Asian breakfast choices as well. This is the best picture I snapped of breakfast, you can see Joel's plate but really I was trying to get a picture of the bird that tried hanging out with us. Behind that you can also see one of the two pools at the hotel. 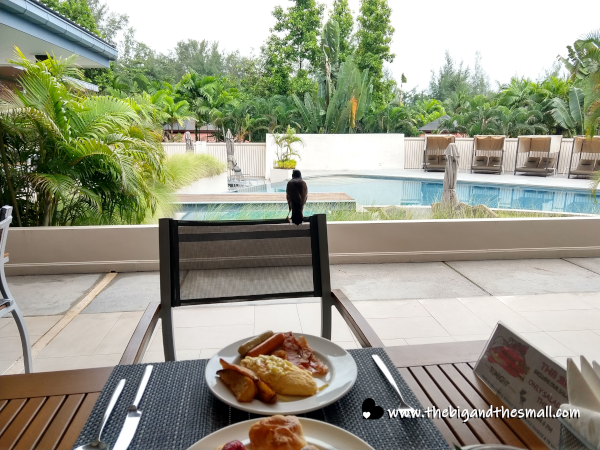 Perhaps my favorite part of breakfast every morning was having a cappucino and chocolate croissant. I don't usually like starting my morning with that much sugar but I made an exception for this delicious combo! 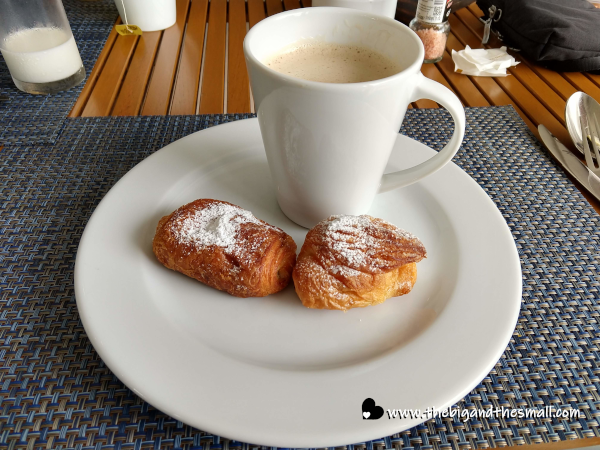 We really enjoyed the pool area at the hotel and went swimming at least once, and usually twice a day. While we enjoyed walking and eating dinner on the beach, we never did swim in the water. I tend to like the idea of the beach more than the reality - I hate getting sand everywhere! So I was glad to have a large, clean pool to hang out in when I wanted some time in the water. 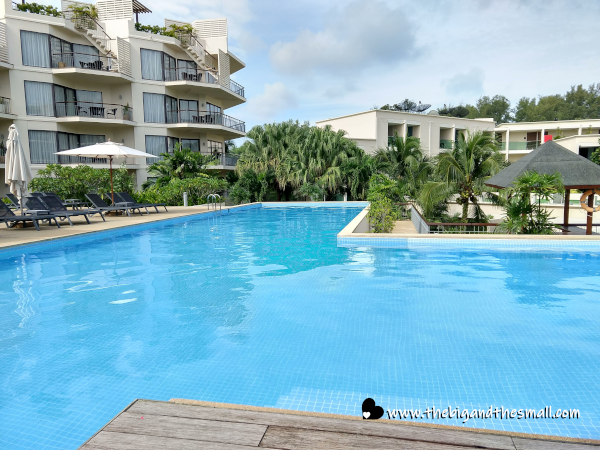 Perhaps the only thing that disappointed us was the lack of a hot tub. We thought that was one in the background of this picture but it turned out to be a kiddy pool. I'm guessing we are the only people crazy enough to want a hot tub in a tropical place like Thailand, so it makes sense that there wasn't one. But Joel has declared that the next hotel we stay at must have a hot tub so there's that. 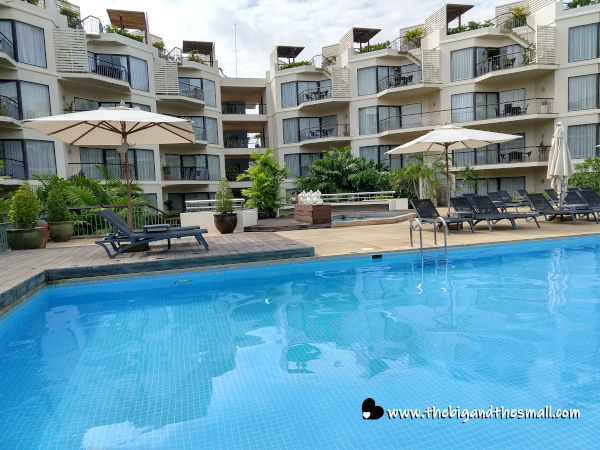 We were impressed with the local options that were a very short walking distance from our hotel, so overall we are very glad with the choice we made. If you ever find yourself going to Phuket we would highly recommend booking this hotel for your stay!