If you are following us in real-time you'll know that we have already been to Thailand and left Thailand, but for now let's step back in time and talk about getting to Thailand. I think I can safely say that this was our most uneventful and best trip between housesits ever! Not that there was a high bar to cross since we once got stuck in a McDonald's overnight and lost our luggage another time. 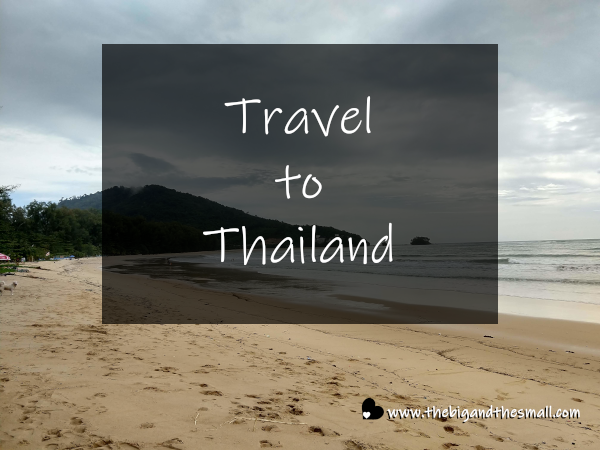 Our trip started out nice and relaxed because instead of having an early morning flight we didn't leave Bulgaria until 4 PM. That in itself gave us time to sleep until a reasonable time, finish packing, and even take Smokey for one final walk. 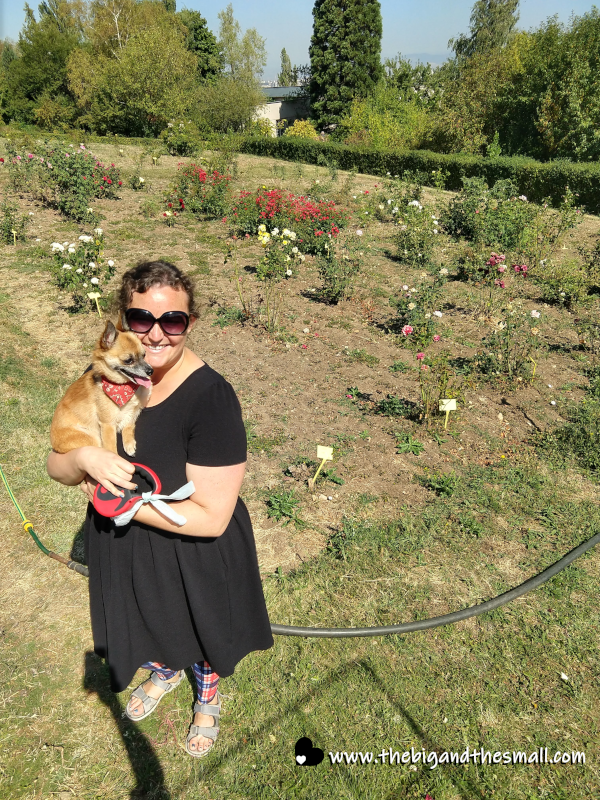 We walked down to the nearby Rose Garden so we could say goodbye to the city skyline one last time. While there, we ran into workers for the first time in all of our visits. And they spoke English! We chatted with a few of them, then one, named Alex, walked back up the hill most of the way with us. We ended up talking to him for about an hour though I wish it could have been longer - we had to cut it short so we could get on the road to the airport. We talked about what life is like in Bulgaria as a citizen now, what things were like under Communism (he was young then but remembers a lot of it) and what he considers the best and worst things about Bulgaria. I was surprised how knowledgeable he was about American politics and he even had a few things to say about our gun control policies! 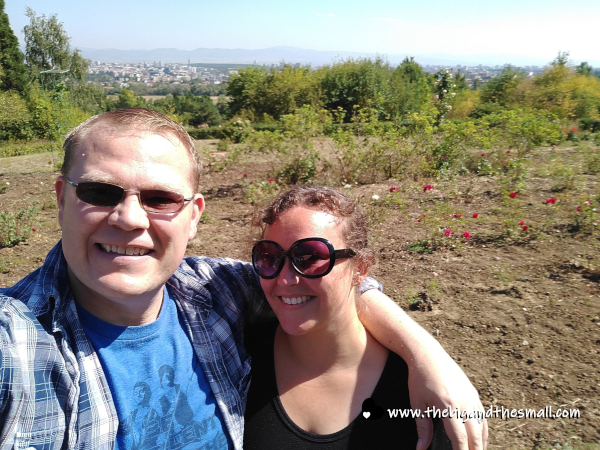 Due to our chat with Alex we left the house a little later than planned but I had built extra time into our schedule so all was well. Cassie took us to the mall so we could have a late lunch and avoid paying airport prices for food. Turns out that wasn't necessary as food was provided on both of our flights with Turkish Airlines! That's right, despite only paying for economy seats we got what felt like first-class treatment. It is safe to say that Turkish Airlines is our new favorite way to travel. This was our meal on a 1 hour flight - in the States you don't even get pretzels anymore on a flight that short! 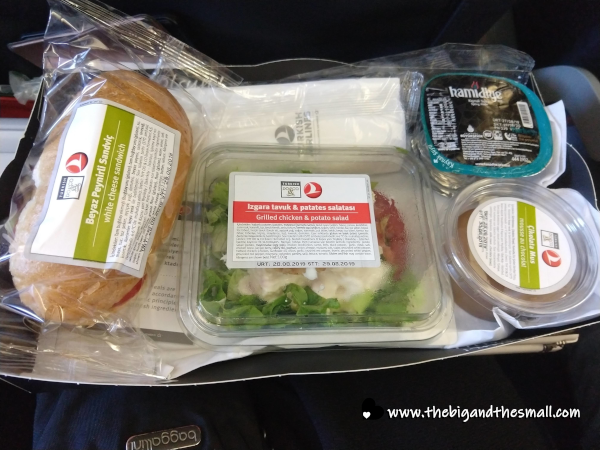 The only negative about TA was when we were first checking in at the airport in Sofia the front counter was sloooooooow. Like, 5 minutes per person at least. The line was not very long when we got there (maybe 8-10 people ahead of us?) and we waited for over an hour. But, they ended up making up for that sloth-like service by having awesome service on the plane. On both flights, they gave us headphones to use with the in-flight entertainment system! 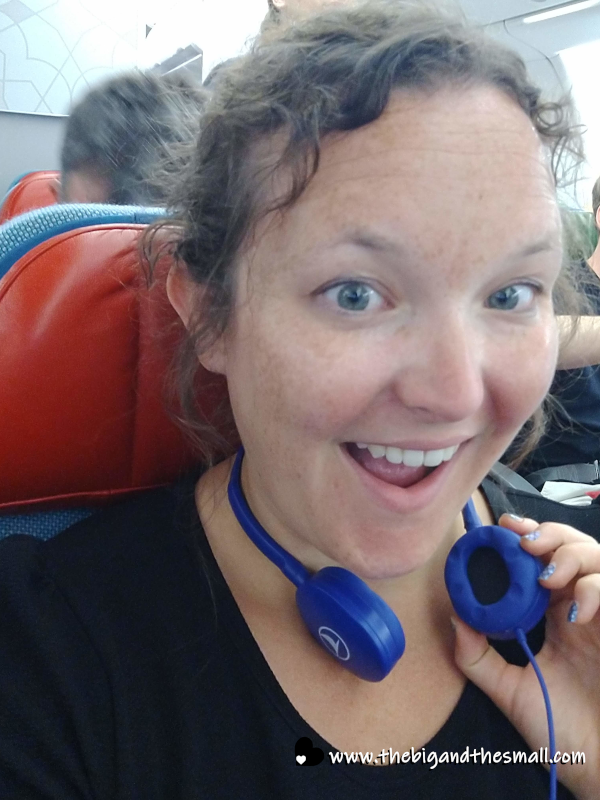 Our first flight was short and had us landing in Istanbul, Turkey for a 2 and a half hour layover. Just like Turkish Airlines is our new favorite airline, I think Instanbul is our new favorite airport! It was huge and yet efficient, easy to navigate, and incredibly sparkling clean. I felt like I was in a super high-end mall. 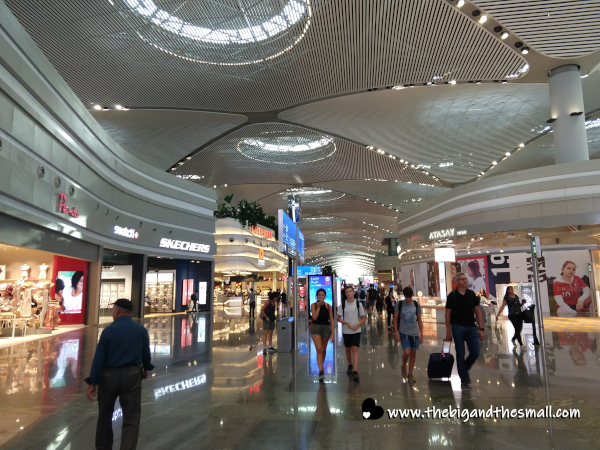 There was also a neat historical display in the middle of the airport. It is a replica of a place called "Gobeklitepe" which dates back 12,000 years and was "created as a cult (faith) center by hunting and gathering communities. Gobeklitepe is the most significant discovery of mankind. It is where the most important cultural and social transformation of humanity occurred." This site predates Stonehenge by 7000 years and the pyramids by 7500 years. It has long been thought that humans did not create permanent settlements until agriculture came along, but this upends that theory by suggesting that humans were gathering around religious sites, and that is what brought about agriculture. Fascinating! 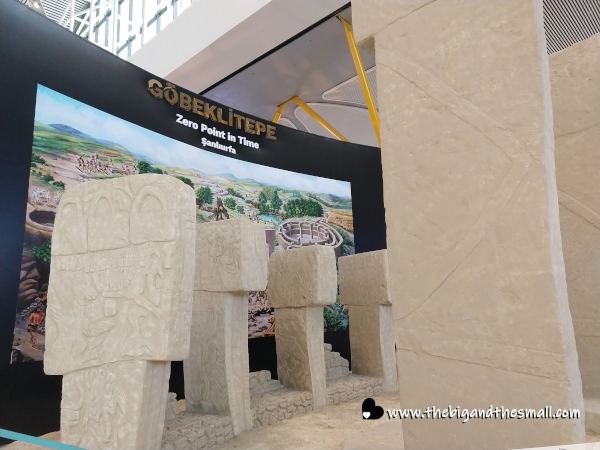 Joel and I have officially added Turkey to our list of places we would like to visit someday. I've always wanted to go on a hot air balloon ride and now I've decided that I will do it in Turkey! (The Cappadocia region of Turkey is famous for hot air balloon rides.) Our time in the Istanbul airport was short-lived, and while I can't say I was ever sad for a layover to end before I kind of was here. Our flight to Thailand boarded at 8pm and was scheduled to take almost 10 hours. Luckily our seats had individual screens and a whole host of movies to choose from! You know Joel and I were excited about that! We ended up watching 3 movies we missed in theaters last year - The Kid Who Would Be King, Hellboy, and The Lego Movie 2. 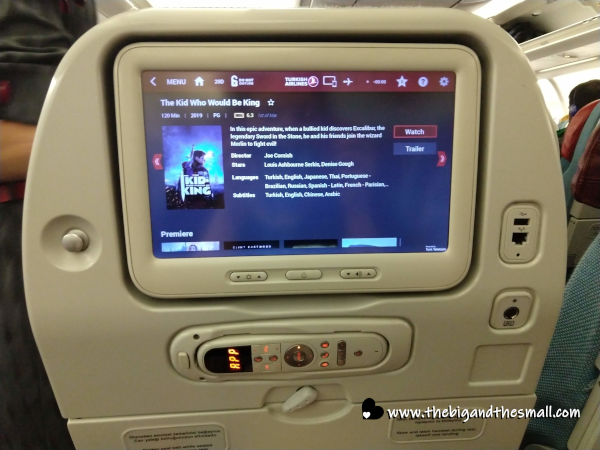 If we thought our meal on the first flight was good (which we did) we were blown away by the meal on this one. It was as good as the meal we got on our flighter earlier this summer from Chicago to London and there we had premium (aka first class) seats! They gave us an actual menu to choose from, it felt so fancy. I went with the mushroom pasta while Joel got a beef and rice dish (mine was better.) Both meals also came with hummus, a veggie mixture, a roll, and a fig chocolate mousse that was to die for. 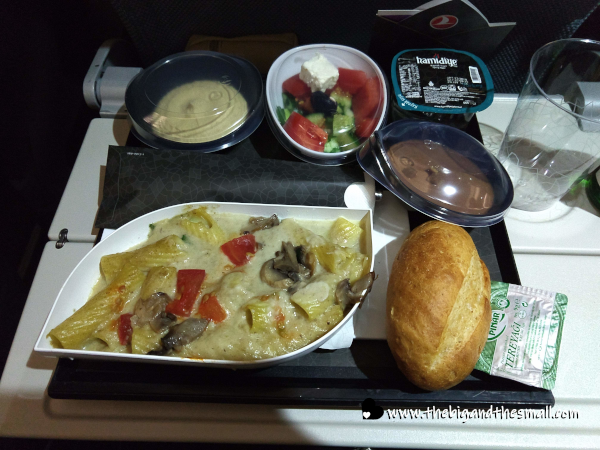 I even got a small bottle of wine! For free! In economy! When I first asked for the wine I wasn't 100% certain it was free so when the steward asked me a question in response at first I thought he was asking me for payment. But it turns out he was just asking me if I wanted French wine or Turkish wine! I told him to choose so he gave me a Turkish white wine. I don't know much about wine but I drank it and it was good. And did I mention free? 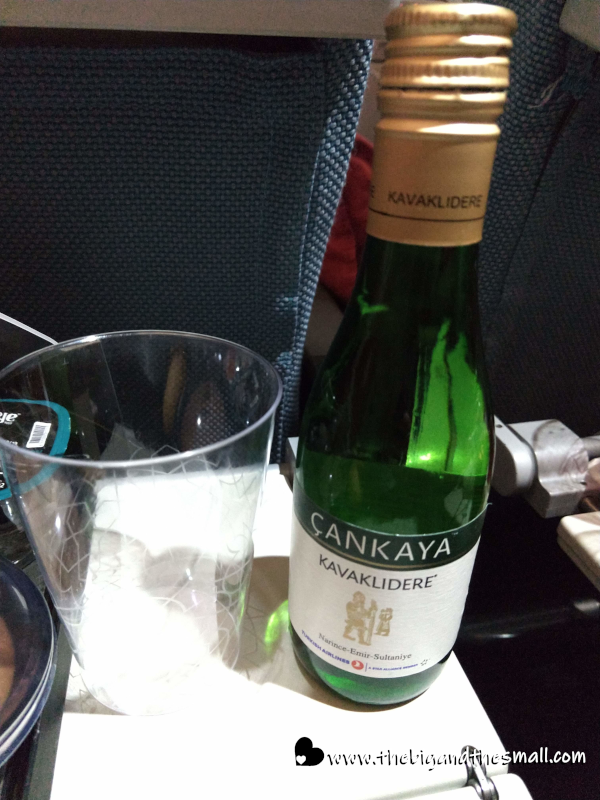 We probably should have slept more on our overnight flight but we were so excited to catch up on movies we only slept a couple of hours total. That sleep was made easier though as they gave everyone on the flight a little comfort bag that contained socks, slippers, a sleep mask, toothbrush and toothpaste, earplug, and mint lip balm. In economy! I mean seriously. We both kept our bags and I am currently wearing the slippers right now as I type this. Best. Airline. Ever. (We've decided that in the future we are willing to pay a little extra to fly Turkish Air -  between the provided food/perks and the generous luggage allowance (40kg - twice what other airlines give!) it is absolutely worth a little extra money.)

We arrived in the Phuket airport around 10 am local time. Getting through customs was a breeze though it was the first place that they have taken our fingerprints at passport control! We have nothing to hide but getting through that part always makes me nervous anyway. Once we got our baggage it was time to go outside and find our driver from the hotel. For this trip, we decided to splurge a bit on a 5-star hotel which included free pick-up at the airport, free breakfast every morning, and a deluxe room. (Even so it rang in at only $60 a night! That's what we would pay for a mediocre hotel in the States.) It was pouring down rain outside but the waiting place was covered, thankfully. It took a few minutes longer than we thought but eventually, our driver found us and after a quick 5-minute drive we were at our hotel! 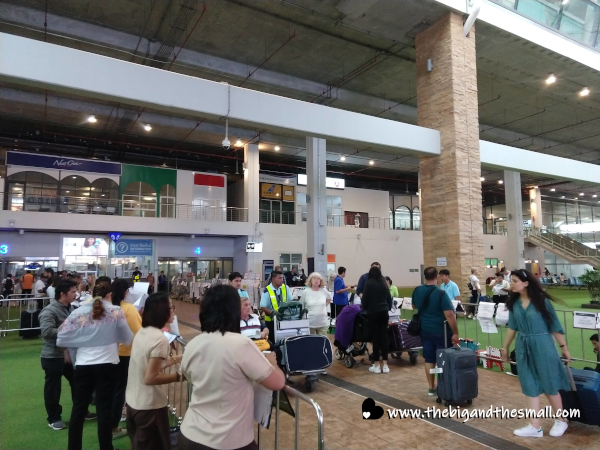 I plan to do a whole post about how awesome our hotel was so I will leave our journey there for now. Between the great flights, good food, movies, and pick-up service at the airport we arrived feeling very pampered and rested indeed. It was the perfect start to our little vacation in Thailand!

My parents really enjoyed Turkey when they went together, my dad has gone a few times to guest lecture in Ankura. They would recommend as well. :) I'm so glad your travel was rather uneventful this time.

I am also glad for uneventful. I stressed out about it all so much beforehand but it the end things went smoothly. I'm glad to hear your parents have enjoyed Turkey! The more we travel the more my list grows...it's supposed to be getting smaller, lol.