As we begin to wrap up our time in Bulgaria (Today is our last full day! We leave for Thailand tomorrow!) I decided to combine a few things into two larger posts. Today I will share some of the "big things" we did in Sofia, and tomorrow I'll share some of the "small things" that are unique and interesting about the city. (See what I did there? The Big and the Small? Get it?!) Sofia is really a vibrant and fascinating city, and if you are a traveler of any sort, I highly recommend you add it to your list of places to visit! 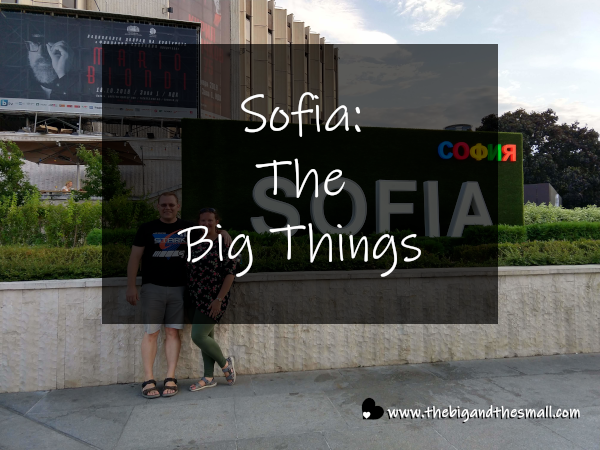 Thanks to your Free Sofia Tour that introduced us to much of the city, we learned from our tour guide that if we were only going to visit one art gallery while we were here, we should make it the Sofia Art Gallery. The booklet they gave us after the tour also let us know that this particular gallery is free to enter on Thursdays, so last Thursday we headed downtown to check it out. The rather non-descript red cement building sits just at the edge of the City Garden, so we had walked by it many times previously. 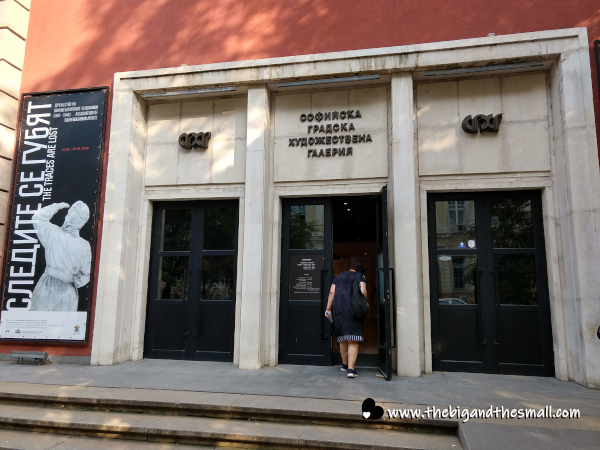 Like many art galleries, what is on display in this one rotates and changes throughout the year. When we visited they exhibiting the history of Bulgarian art and artists from 1859 through today. There were several informational posts that talked about how art in Bulgaria thrived at some points, barely survived at others (primarily during Communism), and is working to find solid footing today. Much of the history is lost in time - the art might still exist but information about the artist can no longer be found.

There was a lot of incredible art on display, from paintings to statues to busts of long-forgotten people. I'll share two of my favorite paintings. The first one, of this little girl, really captured my imagination. There was no information on who she is or why she was posing for a painting, but I love the look on her face. Her eyes seem to be saying, "Ugh, are we done yet?!" 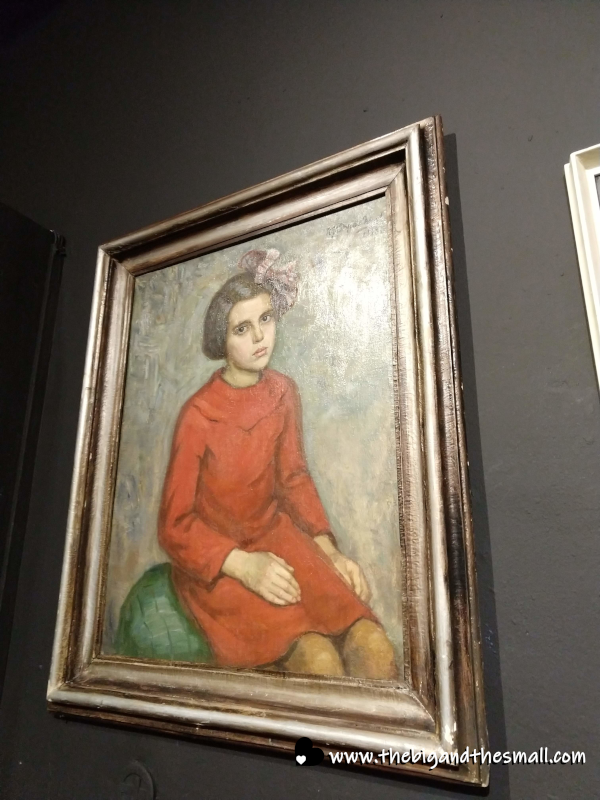 This next one likely resonated with me because of my love of Halloween and all things spooky. It is simply titled "Nightmare." It depicts a winged, evil-looking creature preparing to feed on the body of a young, vulnerable woman. A nightmare indeed! 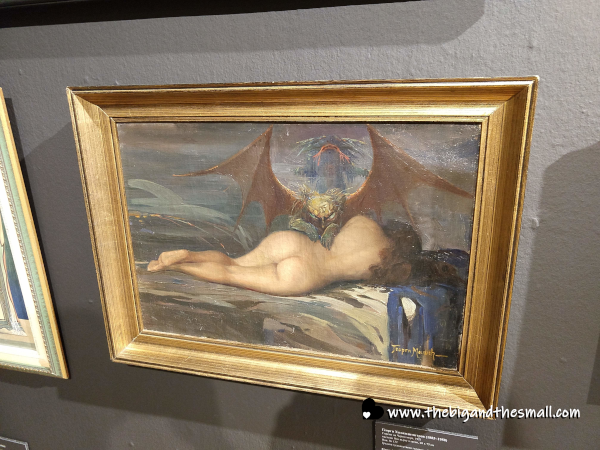 The next big thing we did in Sofia was actually outside of the city a little way. I found it on a list of unusual things to do in Sofia, so this isn't something that most tourists would get around to seeing. And we learned why! It took us about an hour on the bus to get close, then other 15 minutes of walking through a strange industrial/office complex type area, then finally through some woods before we finally found it. What is it? An old monument to world peace that was built during the Communist era! 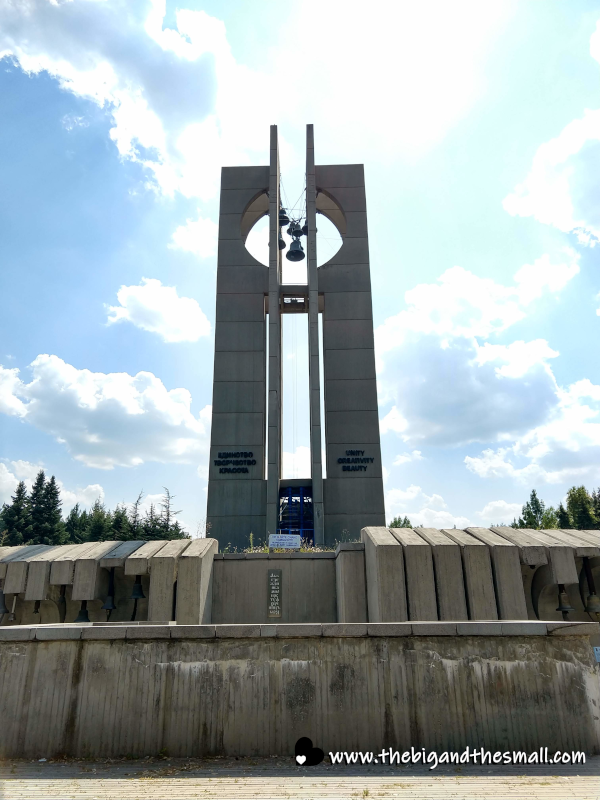 The central monument has seven bells to represent the seven continents. Around the base are hundreds of other bells, one for pretty much every country on earth. Every country was invited to give a bell to the monument to represent them. The Bulgarian bell was a gigantic one, about half the size of Joel. 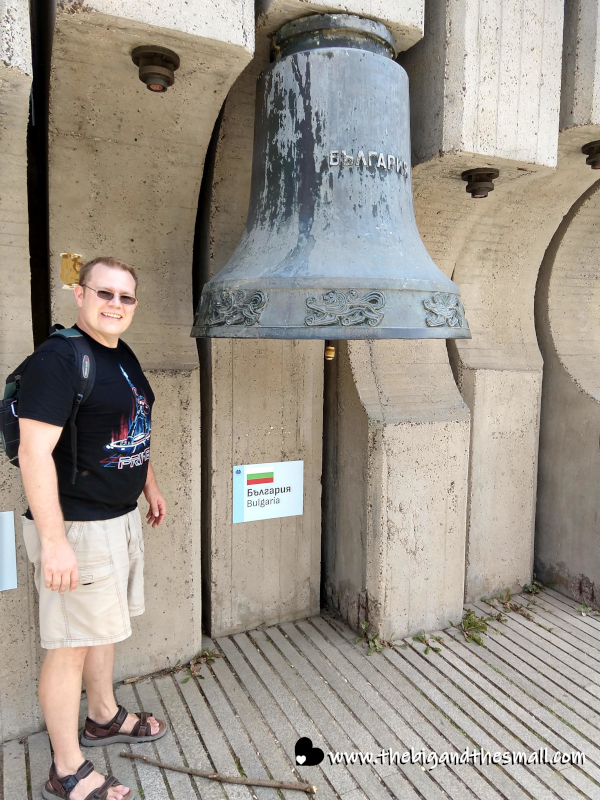 When you visit the monument you are supposed to find the bell from your own country and ring it! We decided to ring the bells of every country we have been to on our journey since last year. Interestingly, because this was built during the Communist era, there were two different bells for Germany! It took us a while to find the one for the USA and we were a little disappointed in it when we did - it's so tiny! 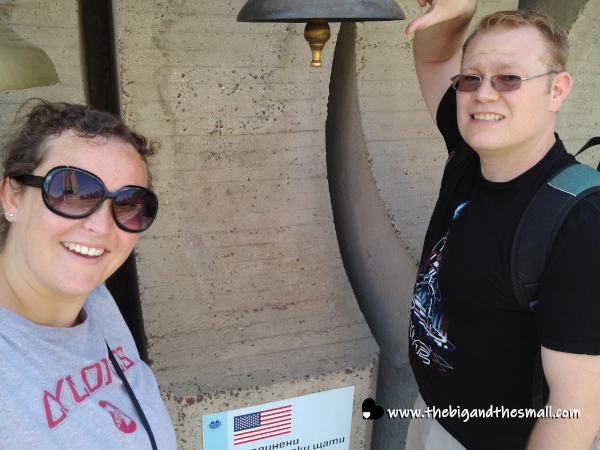 The whole monument was built in 1979 during what the UN had declared as the "International Year of the Child." An international children's art festival took place here that same year, aiming to bring children together from all over the world under the banner of peace. Over the next ten years four more such festivals took place here, with a total of 3,900 children from 138 countries participating, as well as over 14,000 Bulgarian children. These days the monument is in a bit of disrepair - some bells have been stolen or damaged, and the park it sits in has shrunk from 38 hectares to only 10.5. It is still really cool to see, however. This bell represents the children's festival. 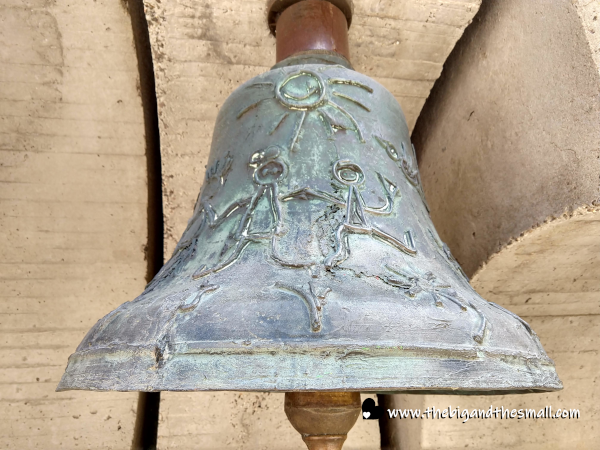 The final big thing we did was go see Boyana Church. This was actually the closest site to us, but we waited until almost the very last day to see it because on the last Monday of the month entry is free. The grounds of the church were quite beautiful - holding a forested area as well as some intentional gardens. There were several redwoods on the property, including one with a plaque saying it was planted in 1908 by Prince Ferdinand! 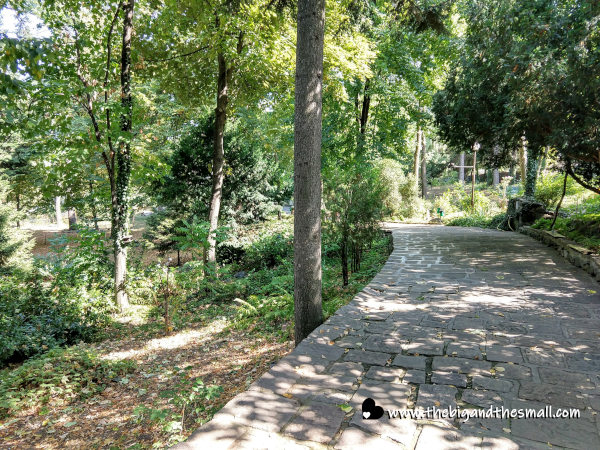 The church itself dates back much earlier than that. It was built in three stages, starting in the second half of the 10th century through the beginning of the 11th century, then more in 1259, and the final stage not until 1845. The church was devoted to St. Nikola. You can see some of the different stages of construction here (and of course that staircase was added much more recently.) 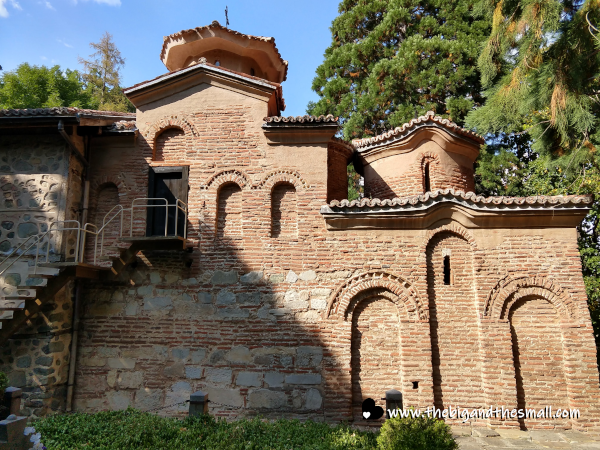 The part of the church visitors are allowed into is quite small, so they only allow about 8-10 people in at a time. Luckily it was not very busy when we arrived so we only had to wait about five minutes before we could enter. The door to go in is very short so anyone who is not a child has to duck to enter! 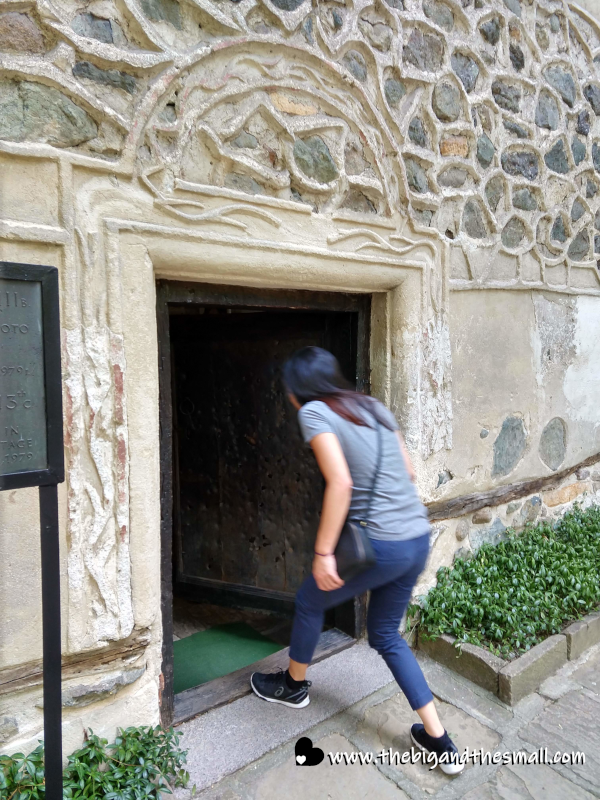 The inside is absolutely amazing to see. Some of the murals date back to 1259 and are considered masterpieces of Bulgarian medieval art. Only fragments of the original paintings remain - though it is clear some restoration work has been done as there were layers that could be seen in most areas. The church itself is listed as a UNESCO world heritage site. I really enjoyed seeing the art and figuring out which Biblical scenes or stories were depicted.

As far as I could tell the first half we entered depicted stories of saints and other church historical figures with which I am unfamiliar. The second half contained stories from scripture, almost all of which I could identify - the Holy Spirit descending at Pentecost, Jesus healing the man on the Sabbath (I could tell it was this story because there were three angry-looking Pharisees in the corner), the last supper and the crucifixion.

Unfortunately, there was a strictly enforced no pictures rule in place (you couldn't even pay to take pictures here like you could in some other churches!) so I don't have any to share with you. It was incredible to see such ancient art depicting stories that are very much a part of my life and faith today.

If you came to Sofia, which of these three things would you most be interested in seeing? Do you like to go to museums, art galleries, old churches, or monuments? I love seeing it all, no matter where we are!