A Day at the Movies in Bulgaria

If you know me or Joel but at all, you know that we love seeing movies. When we are in the States we tend to see all the movies all the time (especially when MoviePass was an awesome thing that actually worked before they ruined it, RIP MoviePass.) When we are abroad, we are far pickier about what we see (because, budget) and also sometimes it is really hard to get to a movie theater (like in Wales) or it's hard to find movies showing in English (like in France.) 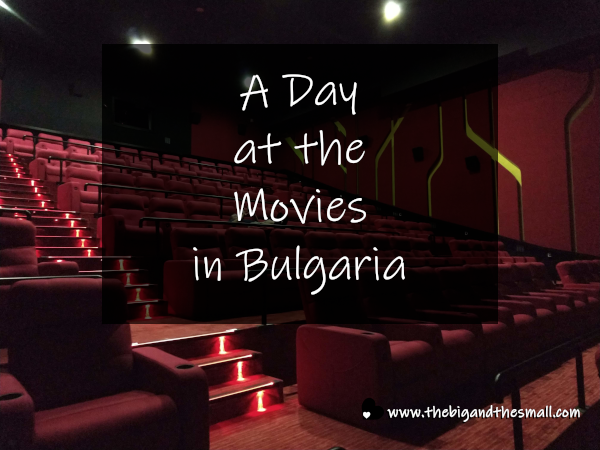 Here in Sofia, it turns out, we don't have either of those problems! The bus comes right outside our apartment and can take us very close to a movie theater, and a day pass to ride the bus only costs 4 lev (approximately $2). So getting there? Easy and cheap! We discovered that almost all movies are shown in English with Bulgarian subtitles so understanding them? Check! The cherry on top was when we learned that Tuesdays are cheap days for 3D movies and Thursdays are cheap days for regular movies. Suddenly, going to a movie was very much on our agenda.

First up, though? Food! Since we started venturing downtown we've also learned that eating at one of the many, many food stands around the city is super duper inexpensive. Like, we can both get plenty of food to be full for around 10 lev or less, which amounts to only about $5! It is about the same as buying food at the grocery store plus I don't have to cook? Win! On movie day we decided to head back to Senor Taco since it was closed the day before, but today, Mexican food would be mine! 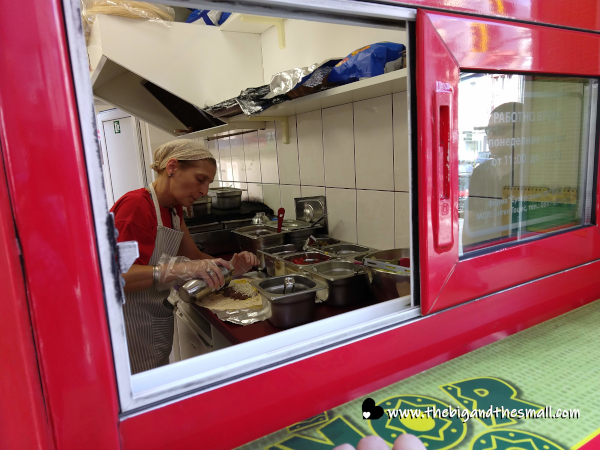 I know, I know we are in Bulgaria, but I promise, we have tried lots of local food too (one big round-up about that will be coming soon.) I love Mexican food so I couldn't wait to have some and really, see what it was like here. Turns out it's pretty darn tasty! We were super hungry by the time we got there (it takes about an hour and a half on the bus from our apartment) and at first, we planned to order 4 different items. Then when she started making them and we saw how huge they were we narrowed it down to just the "Big Juan Burrito" and the "Taco Quesadilla." The burrito was about the size of one you would get at Chipotle but at a third of the price - at 5 lev that's only about $2.50! The Taco Quesadilla turned out to be weirdly named as it was neither a taco or a quesadilla but rather another burrito! Still tasty though and at only 3 lev that set us back only $1.50. We were both stuffed for a total of $4 spent! We took our food to a nearby part to sit and eat in the shade, it was lovely. 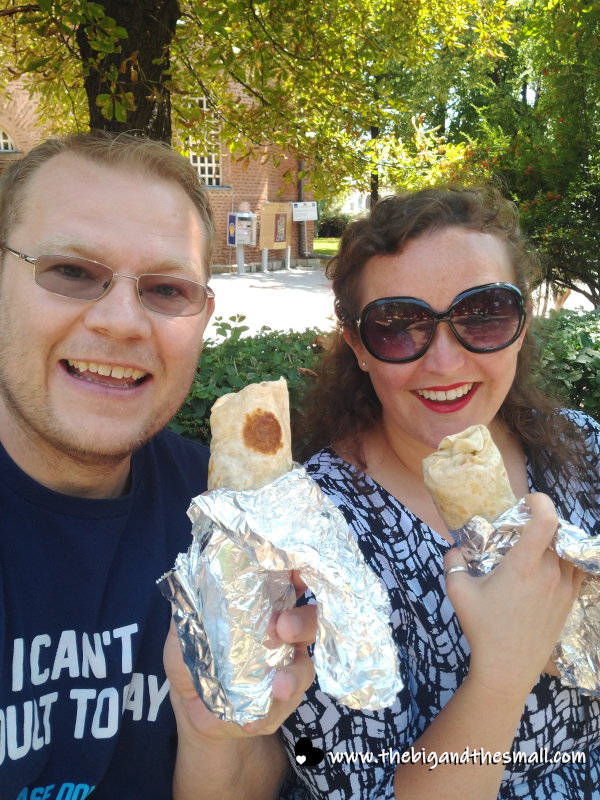 When we were done eating I realized we were very close to the Russian Church we had tried to visit the day before but we were too late. So off we went on a detour on our way to the theater. A blog post I found with "unusual things" to do in Sofia suggested going here because in the crypt is a special shrine that is known for "making wishes come true." I have a healthy dose of skepticism, don't you worry, but I also think wishing is kind of fun so we went for it. 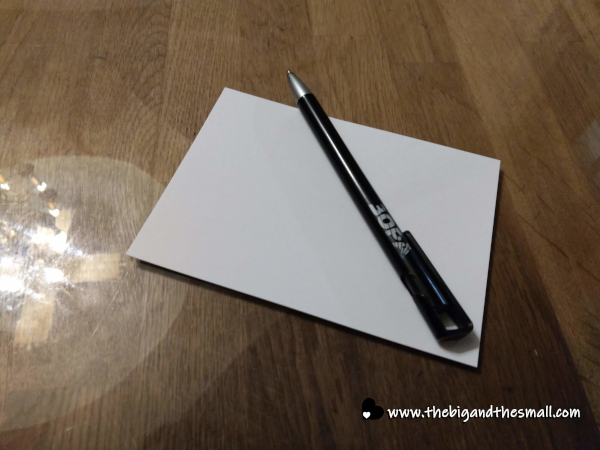 You didn't think I would show you my actual wish, did you?! Then it wouldn't come true! I simply wrote my wish down on the paper the church provides, then we moved into the altar area. At that point, I realized I didn't actually know what I was supposed to do with my wish. I couldn't see what anyone else was doing with theirs, and there didn't seem to be a dropbox or other place to leave them. The only boxes I could see were for donations and it felt wrong to put a wish into a donation box. Soooo I ended up just sticking it in my purse and later threw it away. Probably not so likely to work that way but oh well. It was a beautiful church to see anyway! 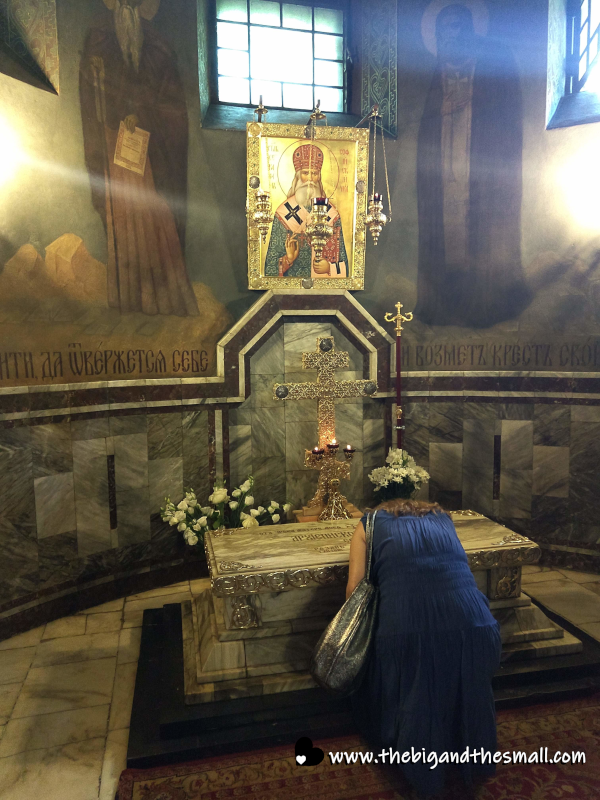 After that, it was off to the theater! (Or the cinema for my British friends, I'm going to try and get that vocab switched in my brain before we move to the UK.) We could have taken another bus or trolley but we decided to walk to get some exercise after those huge burritos. Since we were going to a movie on a Tuesday afternoon when most people would be working, it turned out we had the theater to ourselves. It. Was. Awesome. We chose this theater (located in a mall) specifically because it had recliner seats - they leaned back further than any I've ever seen in the States! 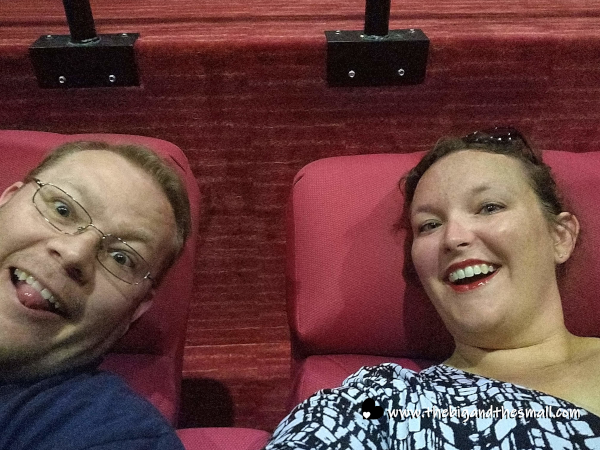 We wouldn't normally choose to go to a 3D movie (usually because they are more expensive) but the one we wanted to see - Hobbs & Shaw - was only showing in 3D so we decided to try it. Plus, since 3D movies are discounted on Tuesday across the city, the price was excellent! We both got our tickets and the 3D glasses for only slightly over $10. So if we went again and brought our own glasses back with us it would be even cheaper! 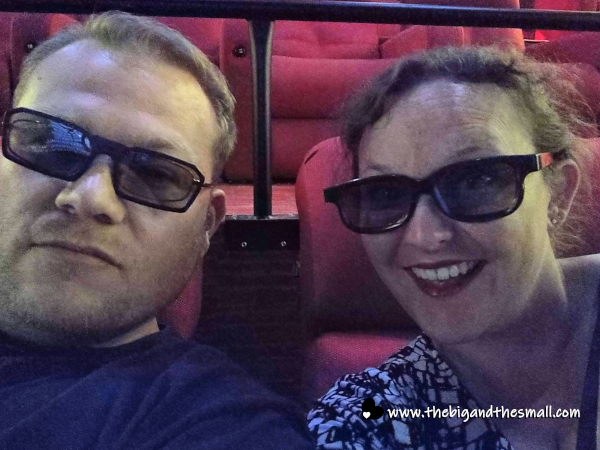 I mentioned above that almost all movies here are shown in English with Bulgarian subtitles. The only exception? Kid's movies! So like right now, they are showing The Lion King, but it is dubbed in Bulgarian. Which makes sense and does not annoy me because obviously many of the children who would go to that movie might not be old enough yet to read, or at least not to read through an entire movie. I only had one teeny-tiny complaint about our movie, and that is that a few times the characters were speaking in a language different than English (I think Italian once and Samoan maybe?) Normally a movie would then show the English translation for those small sections (they weren't more than a couple of lines each.) However, this one only showed the Bulgarian (again, makes sense) so we missed out on a bit of dialogue. Nothing that affected our enjoyment of the movie though! 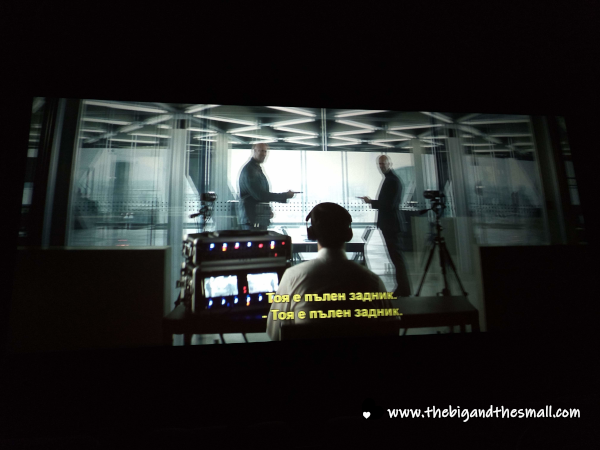 The movie was a fun popcorn flick with tons of action, plenty of humor, and a surprisingly good storyline. Seeing it in a theater with recliners, for cheap, was a traveling dream come true for me. I miss seeing movies in the theater when we travel so this really hit the spot! Part of me wishes we had discovered the cheap days/easy way to get there sooner, and part of me is glad that we didn't so we saved some money (even though the tickets are really not bad!) We'll have to see what the movie situation is like in Australia when we get there next week!