The free tour of Sofia we went on gave us a great overview of landmarks and important buildings in the city, and was invaluable in getting us oriented to making our own way around town. However, because it is only a 2 hour walking tour, while on it you don't get to go inside any of the buildings they show you. So the Sunday after our tour we made a point of going back downtown and exploring further two of the churches we saw on the tour. 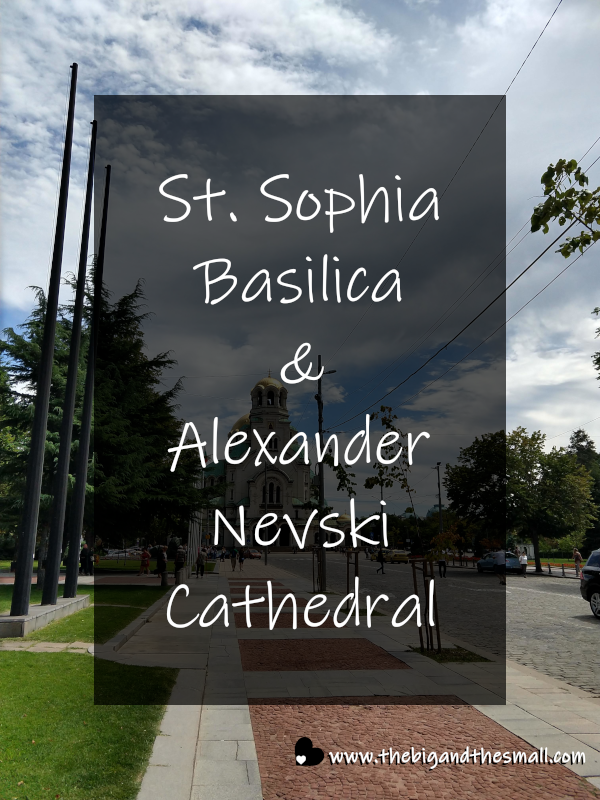 We started with the St. Sophia Basilica. If you recall, this is the church that the city of Sofia is named for. The current structure that stands here is thought to be the 5th building on the site, and was built in the 6th century, making it the second oldest church in the city. 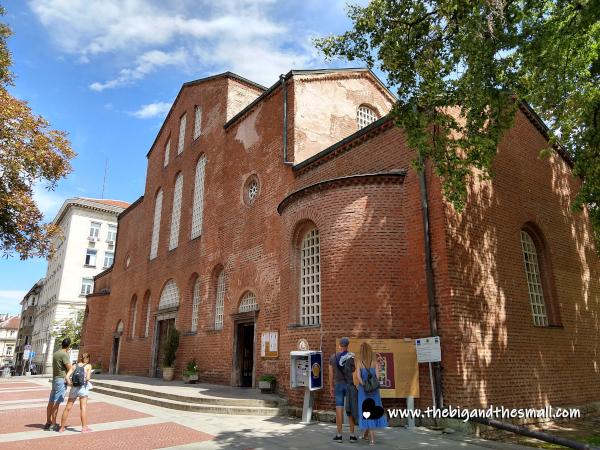 As we approached the church, we noticed many well-dressed people heading the same way. The church was still open to visitors so we went inside only to find that a wedding was happening! People who choose to get married there must just understand that the church will often have visitors and as such they might have a few wedding crashers. We were not the only tourists standing in the back watching the ceremony. Of course, it was all in Bulgarian, but it was still beautiful to watch for a few minutes - I love weddings! 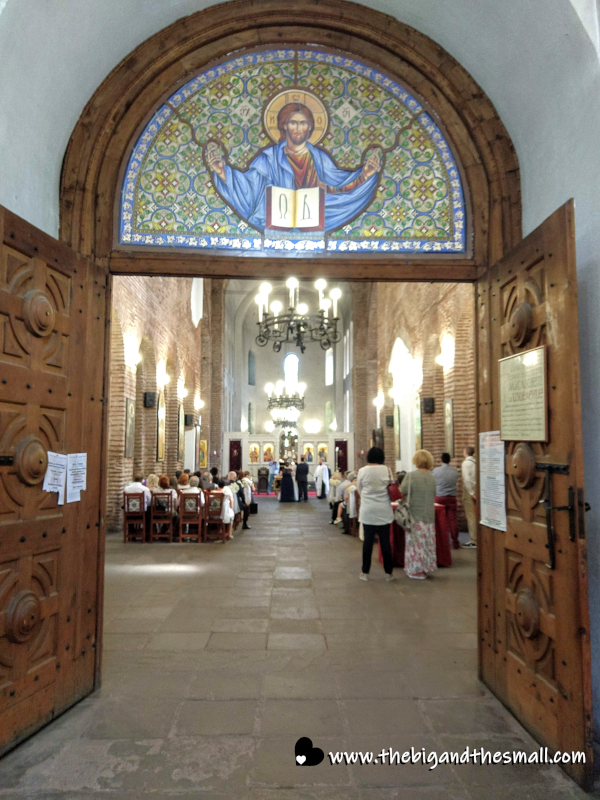 My main reason for going to the church was I wanted to see the tombs below the church. The entrance was off to the left side of the sanctuary so we were able to get down there without disturbing the wedding in the slightest. 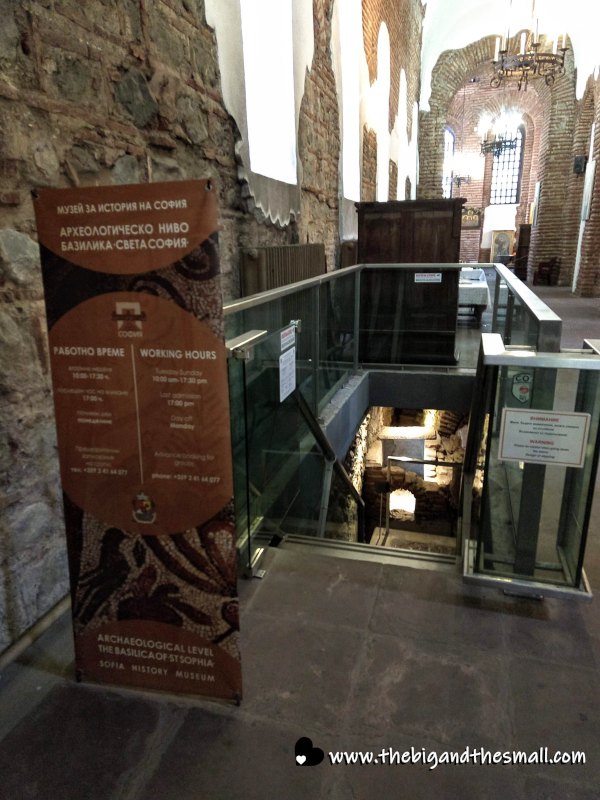 It is believed that many of them date back to the 3rd and 4th century, including this one with a flat roof. In order to take pictures in the tombs we would have had to pay an extra charge, so we chose not to, especially since it was so dark it would have been hard to get good pictures anyway. 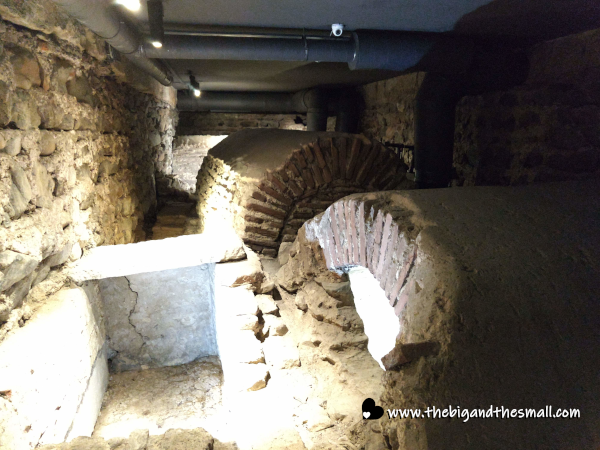 We quietly made our way back outside of the church and on the side of the building found an interesting monument with an eternal flame. We tried to use Google Translate to figure out what the Bulgarian inscription said, but it didn't translate entirely. It said a few things about in remembrance that led me to believe it might be a general war memorial of some sort. 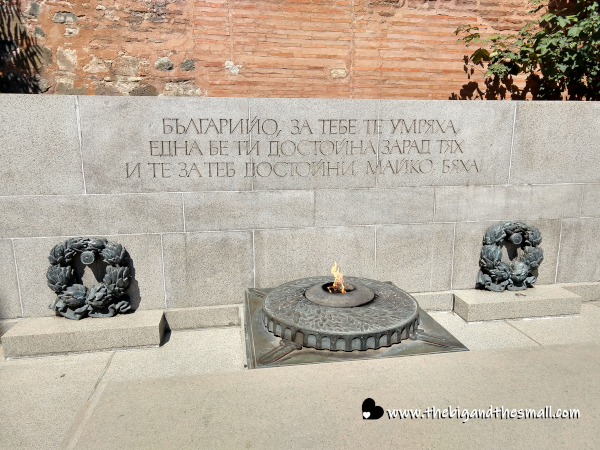 We also found a giant lion statue - lions are everywhere around here! We took a selfie with this cutie. 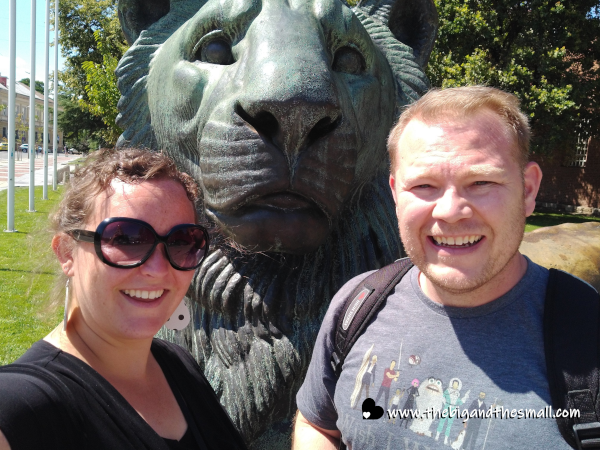 Then it was on to the Alexander Nevski Cathedral which is just a block away. This cathedral is grand, stately, and covered with golden domes. 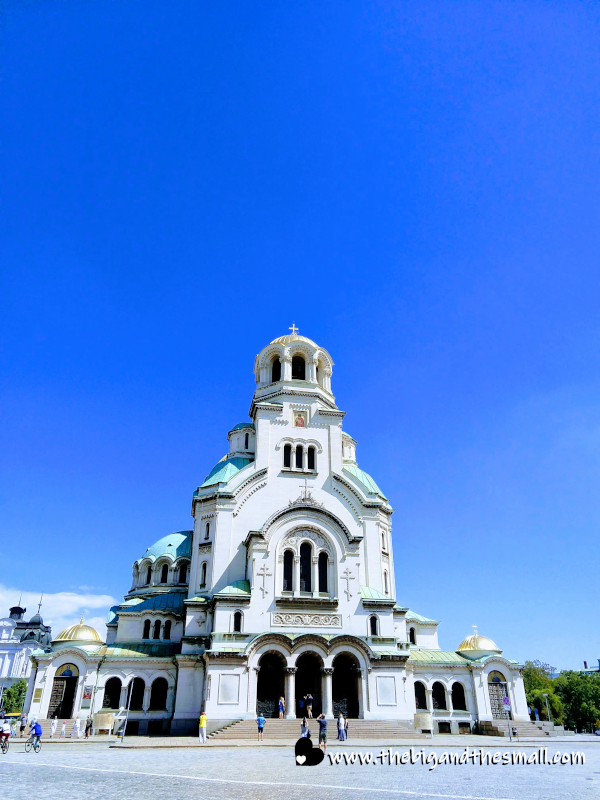 This church was again free to enter but there were signs posted that said there was a 10 lev fee for taking pictures. I did sneak one or two on my phone (I couldn't resist!) so I'll just share this quick one. Suffice it to say that the inside of this cathedral matches this outside in beauty and grandiosity. There were huge chandeliers hanging from the ceiling, beautiful frescoes on the walls, and a whole lot of paintings of various saints. 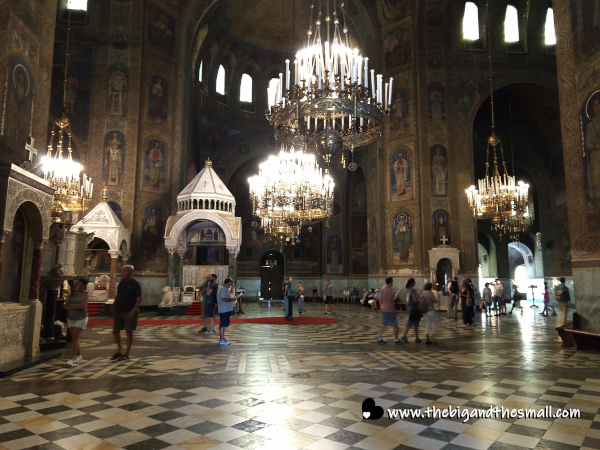 One thing I found quite different from most cathedrals we have visited in Europe is that there was absolutely no seating anywhere. There were no pews, no chairs, nothing. This is still a functioning church, so I don't know if they bring in some sort of seating for services or if it is a standing room only kind of place. I know standing through an entire service is much more common in Orthodox churches than other denominations so it is entirely possible that there just never is any seating.

I love visiting churches of any kind, anywhere so it was a real treat to go in and explore these ancient buildings.