A Look at Farm Life in Iowa

Today I'm going to do a "Throwback Thursday" post! When I was back in the States this summer I did so much with family and friends that I ended up not having time to write about all of it. So for the next couple weeks on Thursday I will throw it back to my time in the States and share about something I did there. 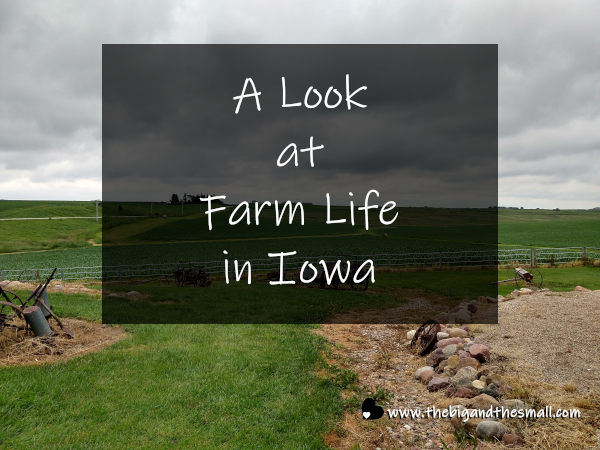 Today I'm actually combining two different days of activities, but both are related to something that is a very important part of life in Iowa - agriculture. Back in June I wrote about the World Food Prize, which is the agriculture equivalent of a Nobel Prize (in fact, this award was created after the Nobel committee refused to add an agriculture category to their pantheon of prizes.) On that same day, after touring the restored building where the World Food Prize is stationed, my dad took my brother and me north of Des Moines to tour some land owned by the company where he works.

In a post my dad wrote in May, he talked about growing up on a farm in Ohio. Though he didn't end up staying in Ohio to run the family farm my dad did stay in agriculture for his career. He earned a degree from the Ohio State University and then started working for a seed corn company. I can't tell you exactly which one he started with, as I know there have been a lot over the years. As far as I can tell seed corn companies get started then sold and merged and all sorts of changes over the years, and even though my dad has rarely sought a job change on his own he has ended up working for multiple companies throughout his career.

Currently, he works for Greenleaf Genetics which is a subsidiary of Syngenta. You can see on the sign below the phrase "parent seed." When dad was trying to explain to me exactly what he's done for a living, he said that they "make the seed that makes the seed." The work he does on new corn hybrids and genetic strains ends up being the seed that then makes the seeds that get sold to farmers, grown, harvested, and used all around the world. 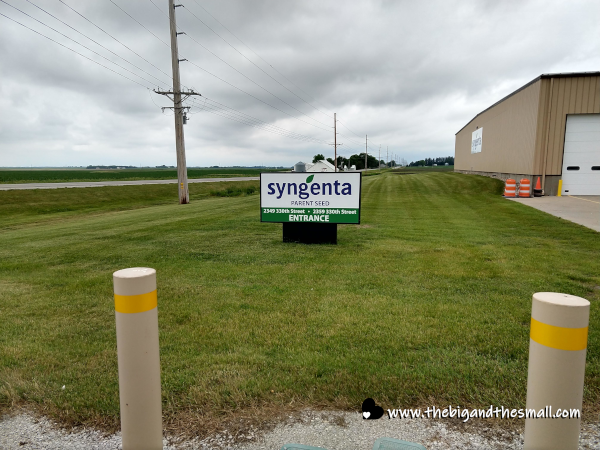 A big part of dad's job is monitoring plots of corn that are growing new varieties. Throughout the growing season he spends countless hours out in the test fields observing every aspect of how the corn is growing - is it fast or slow, what does it look like, how many kernels per ear, and I'm sure, a lot more variables that I could never even think of. He takes copious notes, enters the information into massive spreadsheets, and holds a ton of information in his brain. While this work might sound kind of boring to most people (or at least to me) my dad absolutely loves it! He is truly passionate about his work, which I admire. 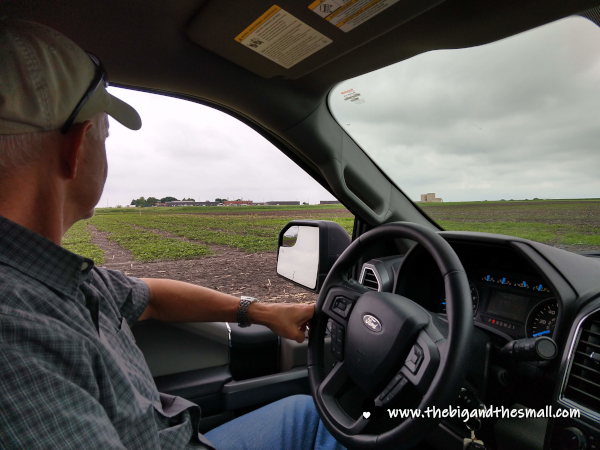 On this day he showed us one of the fields where he works, which is marked with all of these white flags. The flags help delineate where certain seeds are planted so they can keep track of how each new type is doing. This one little plot is one of my dad's, but the place we visited had hundreds of plots just like this! This year was a tough year for farmers as there was a ton of rain early in the season which delayed planting and will have an adverse effect on crops and harvests this fall. 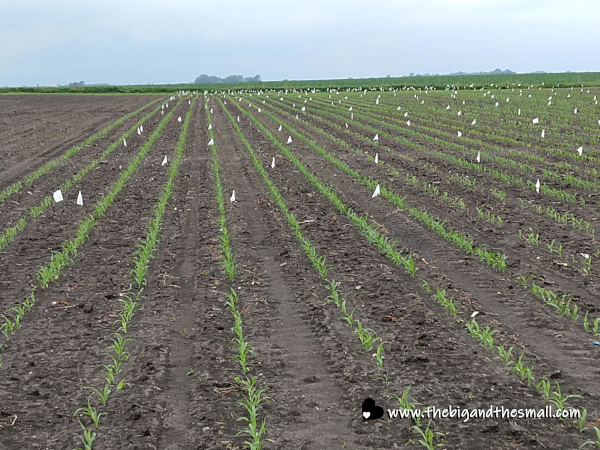 To continue the farm theme, on another day about a week later, we headed out to western Iowa to visit my dad's good friend Chris. Chris and his wife actually live in an old barn that they have converted into a house! This was one of my favorite places to visit in high school because the barn and the surrounding area is just so beautiful. 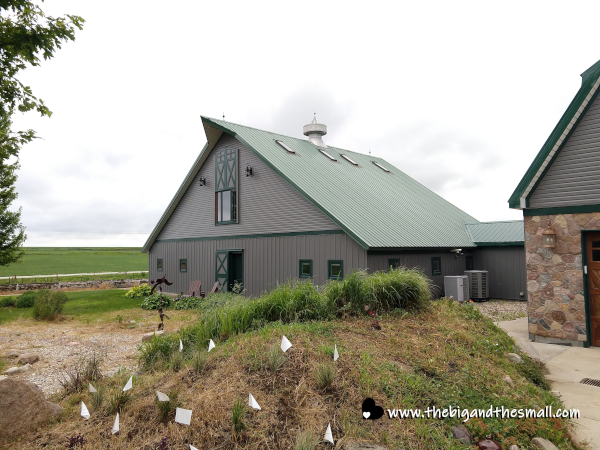 My favorite part of their barn conversion is that upstairs where the bedrooms are, they built the bathroom to look like an outhouse! Don't worry, it's fully 21st century in its function, but how cute is this in an old barn! 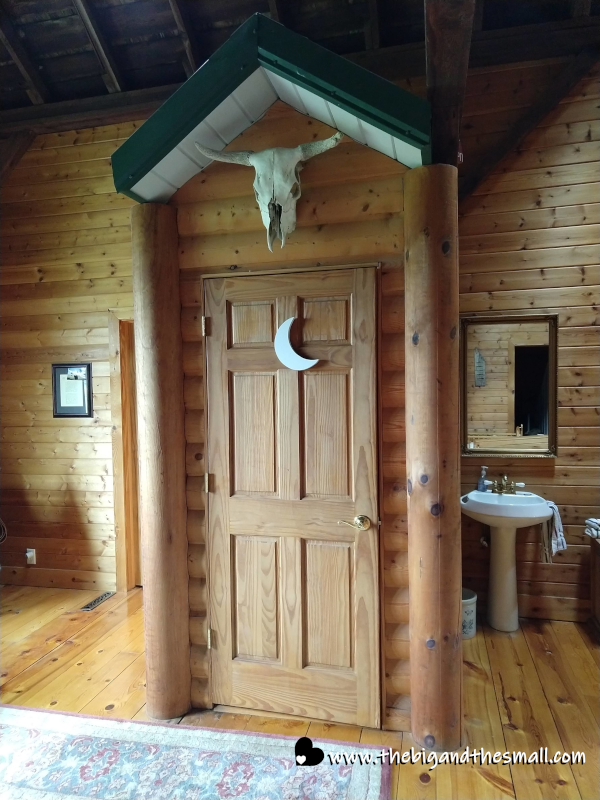 On this visit I didn't just want to enjoy hanging out at the house, I was itching to get out on the ATV (all-terrain vehicle)! My parents own one but Chris lets them store it at his place as we don't really have a need for it in the suburbs. The ATV had not been driven all winter so the first thing we had to do was get it ready to run again. I say we, but really I left that job to my dad and my brother. 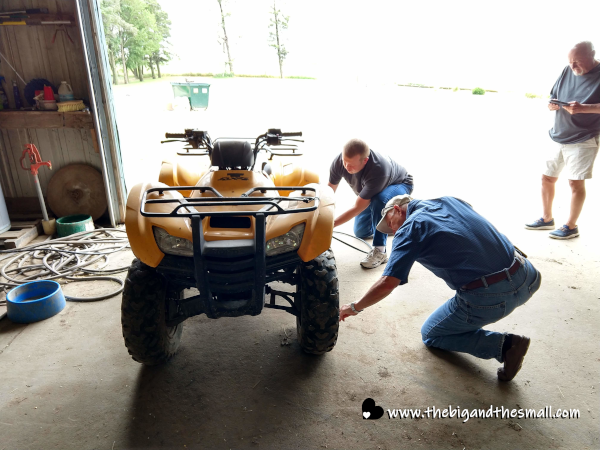 Once they got it going I was ready to ride! 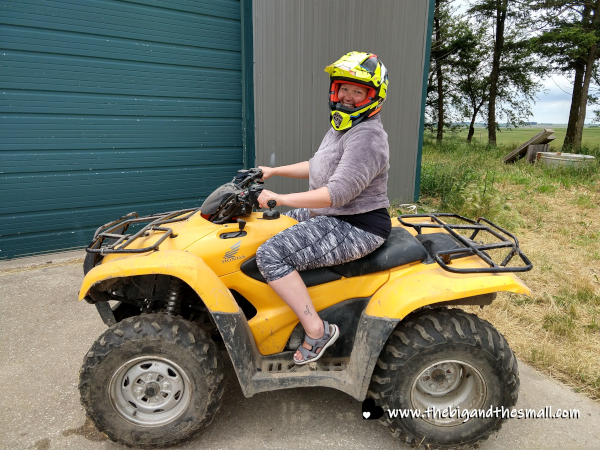 The weather wasn't perfect for a ride as it kept threatening to rain, although I must say I'm glad it wasn't boiling hot outside as Iowa summers tend to be. As I set out on the ATV my dad and Matthew set out in one of Chris' four-wheelers so I wasn't out on my own. 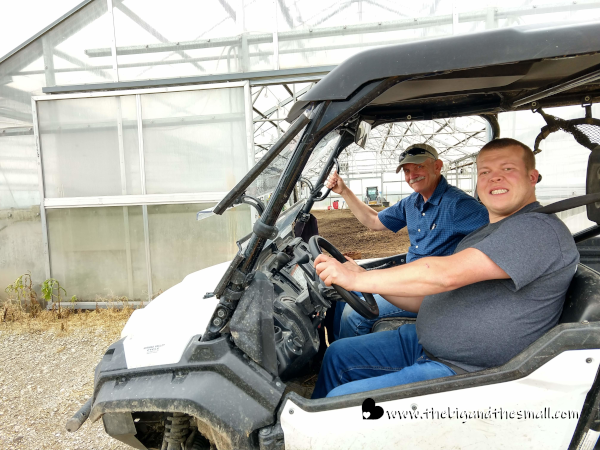 We drove up to Chris' greenhouses where he grows tomatoes, then out and around on some country roads. Don't worry, I was at a complete stop when I took this picture! 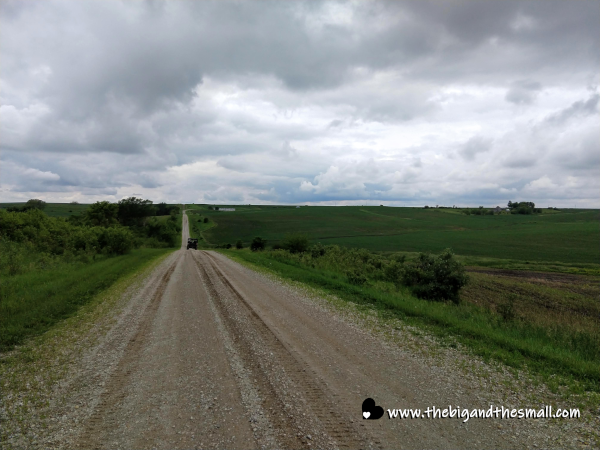 We made it back to the barn just before the skies opened up with the rain. I spent the rest of our visit reading a book while watching the rainfall on the gorgeous farmland all around us. It was a good reminder of some of the things I love about Iowa!