On our fourth day in Italy, we turned our attention to the mountains and went up! 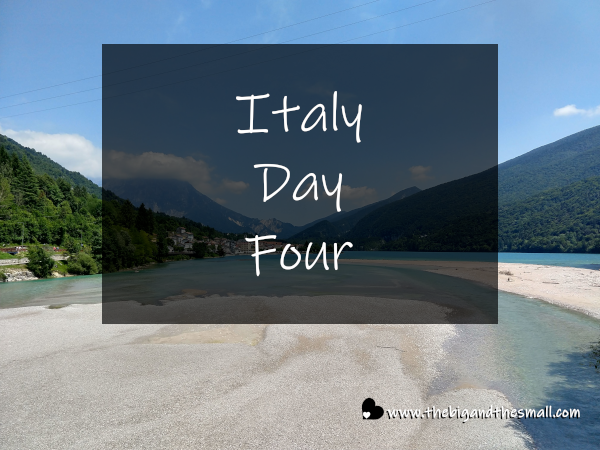 Our first stop was Piancovallo, a small town in the mountains not far from Sef's apartment. In the winter this is a ski resort which had me wishing we were visiting Sef in January instead of July. I love skiing and we didn't get to do any last winter! 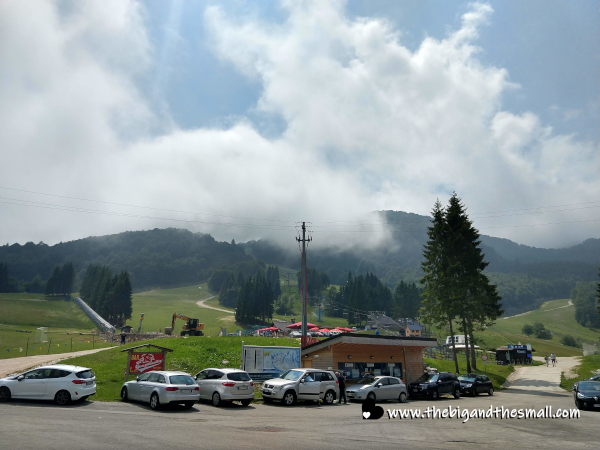 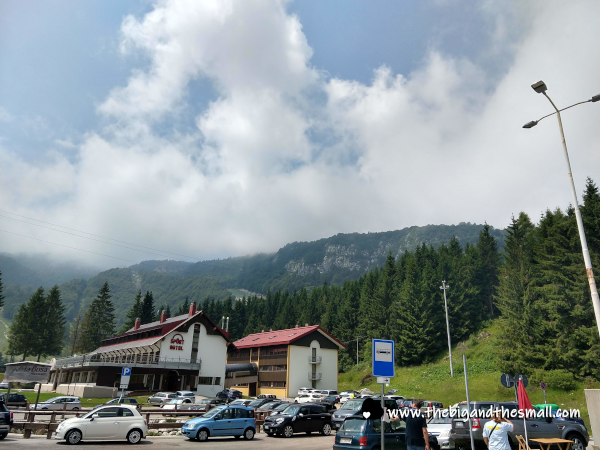 On this particular day, a race was happening based out of the ski resort. The route for the race went all the way up into the mountains in what I imagine was very challenging terrain. We hung out at the finish line of the race for a while watching people finish. 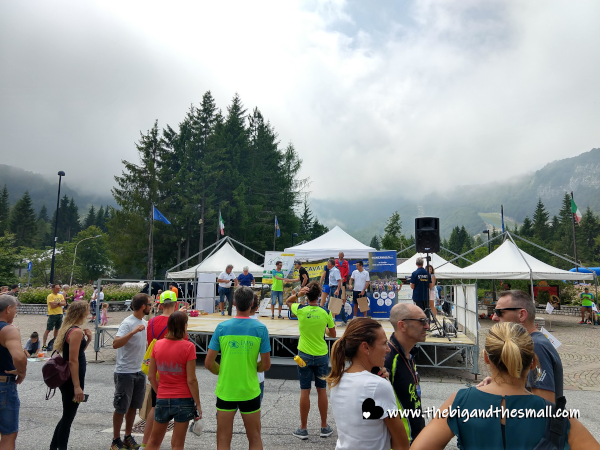 Then we were back in the car and drove up further into the mountain to our next destination - Lake Barcis. We first got a glimpse of it at a small pedestrian bridge that crosses the lake. Well, at least we thought it was just a pedestrian bridge until we saw a mini cooper driving across! The car just barely made it onto the bridge even after folding in the side mirrors. It made me nervous to watch! 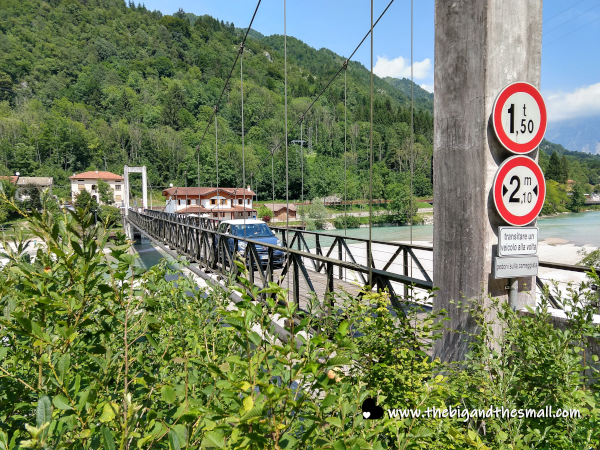 The view from the bridge was stunning. 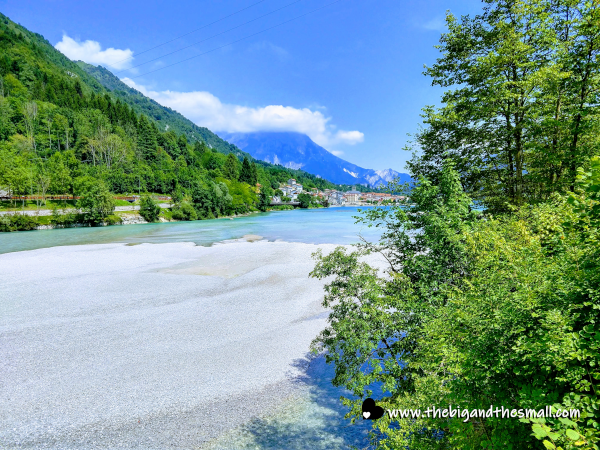 We decided to skip the bridge and take the long way around, which involved driving through a tunnel. Spooky! 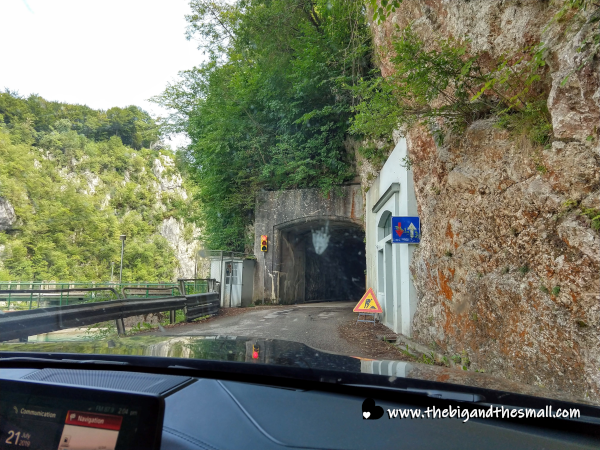 It took us forever to find a place to park, it seems everyone had come to the lake to get some sun and cool down. The "beach" was just made of rocks so it wasn't very comfortable, but the Italians seemed to be used to it as many people were out there laying out, relaxing and having picnics. 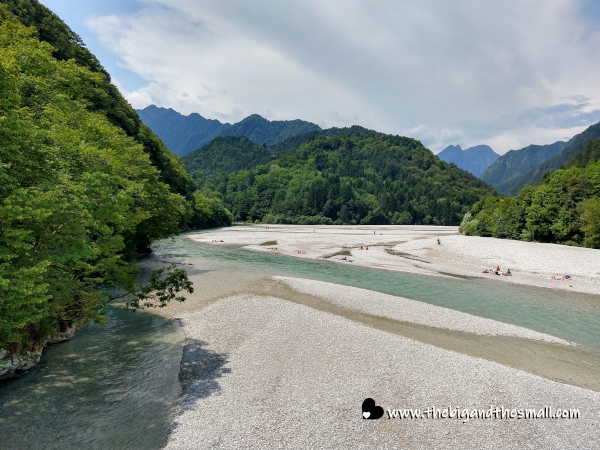 Joel braved walking out into the middle with bare feet, even on all those rocks! 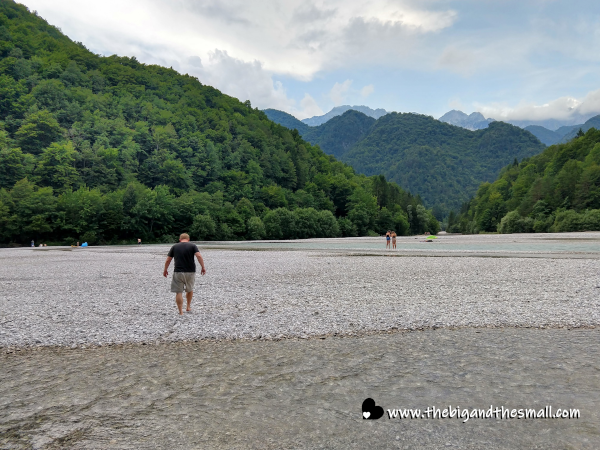 Yusef did the same, even walking through a part where the current was pretty strong. The water was shallow so all he risked was falling down and getting extra wet. 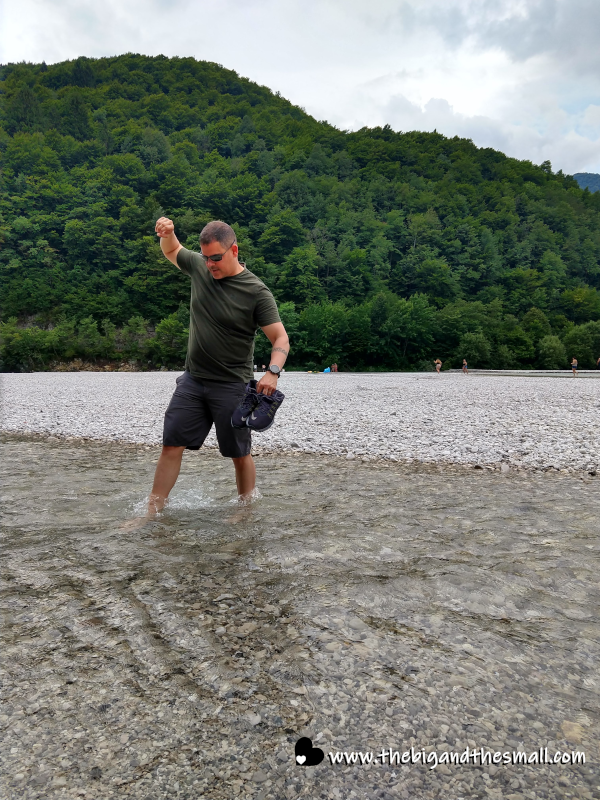 I chose to play it safe and sit at the water's edge with just my feet in the water. The water was freezing cold but it was still warm enough outside that it felt really good. At first, I thought I could stay there all day...but then my feet started to go numb. I was also impressed at how extremely clear the water was! 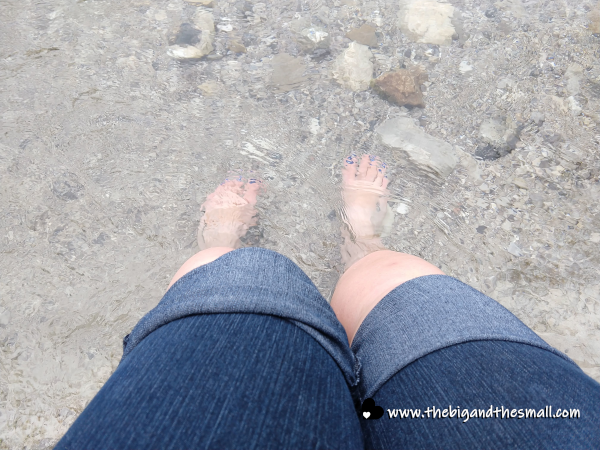 Once we had our fill of cool air and even colder water, we headed back down the mountain and stopped for some gelato before heading home. A day in Italy would not be complete without eating gelato at least once!