As you likely know from reading this post, the reason we went to London for 10 days was so that I could interview for a position with the British Methodist Church. My first interview was on Wednesday, after which we had an awesome lunch then went back to the flat to relax. My next set of interviews wasn't until Monday so we spent a few days exploring London, checking out a museum, and on Sunday we went to church! 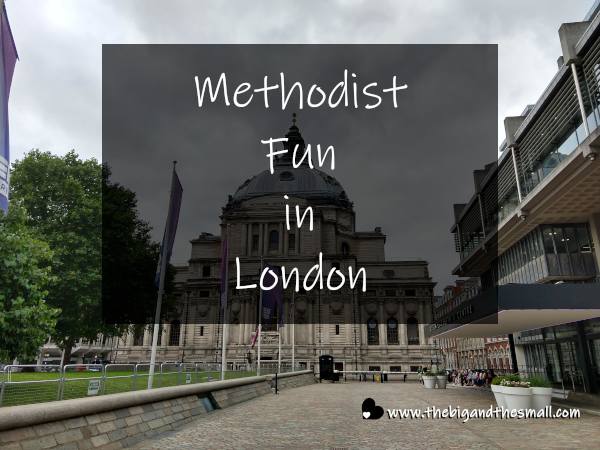 As big as London is, we had a plethora of Methodist Churches to choose from. In the end, Steve and I decided to check out the Methodist Central Hall in the Westminster area of London. The big beautiful building is basically across the street from Westminster Abbey. If that sounds familiar to you, it should...it's the church for the royal family and the site of many a royal wedding! Even with such a stately neighbor, the Methodist Central Hall really holds its own - it's a gorgeous building in its own right. 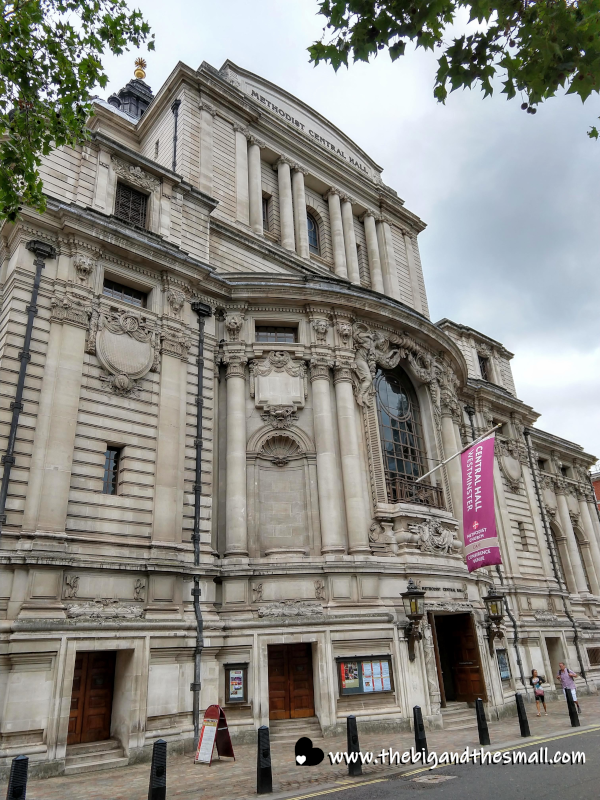 Though worship was at 11, Steve and I left the flat shortly after 10 so we could there on time. After a short walk, about 30 minutes on the tube, and another short walk, we arrived with about 10 minutes to spare. We were greeted very warmly by an usher, who invited us into a side room for a cup of tea before worship (I love the British!) There we had a chance to chat with a parishioner who told us some of the history of the building. Fundraising started in 1898 with a campaign to raise "1 million guineas from 1 million Methodists" (approximately equivalent to 133 million pounds in today's money, or 166 million dollars.) The building was completed in 1912 and is a real architectural wonder. After our quick cup of tea, we walked up this grand staircase to the central hall for worship. 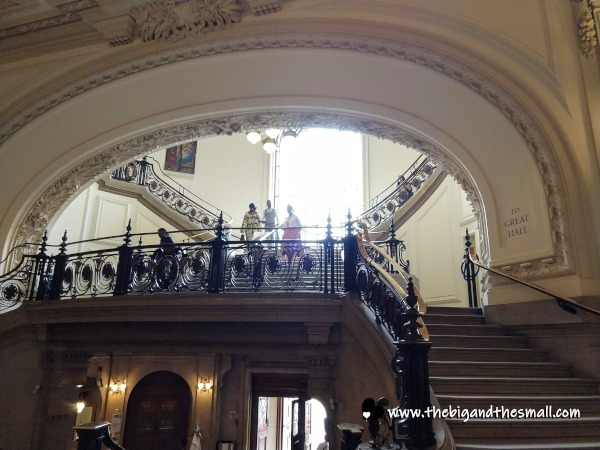 The central worship space was beautiful, with a massive organ anchoring the back of the room. I was actually kind of surprised at the number of people there, I thought for sure it would be a much larger congregation but there were maybe 100 people total. Considering the space can seat 2,350 people you can imagine it felt just a little bit empty! The worship service was nice enough, though it ran a little long for Methodists at an hour and twenty minutes. I also felt it was a bit "insider-y" - a word I made up which means that the service itself wasn't super easy for outsiders like Steve and myself to fit into. There was a lot of insider language (10 minutes worth of announcements will do that) and even in the sermon, there were inside jokes/stories that really only applied to people who have been there a significant amount of time. It was a good reminder to me that when I am serving a church again I need to be conscious of making worship meaningful not just to long-time members but to anyone who might wander in on a random Sunday! 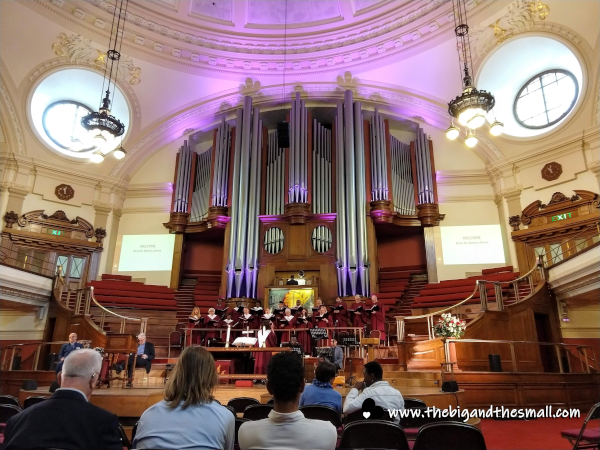 After church Steve and I grabbed an English Breakfast then went back to the flat to hang out with Joel. I spent the rest of the day relaxing, praying, and putting the final touches on a 5-minute presentation I had to prepare for my interviews. The next day, Monday, it was off to the races! The next portion of the interviews actually took place at a retreat center outside of London and was scheduled for 3pm Monday to 3pm Tuesday. Joel and Steve accompanied me on the tube as far as they could go on their city passes, then I had to navigate the train and a taxi to the center on my own. 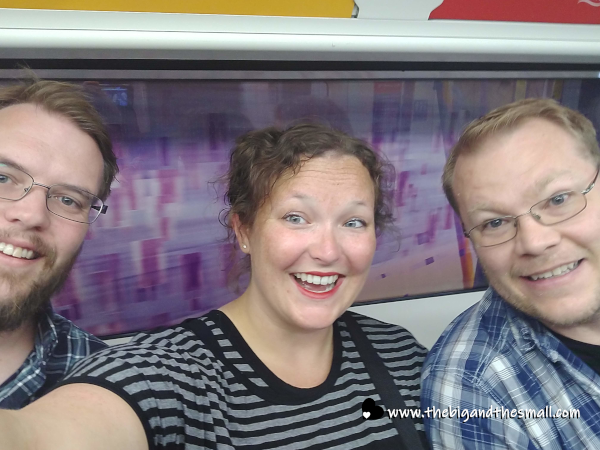 I arrived at the retreat center an hour early so I had some time to sit in the back garden and admire the view. I tried to read on my Kindle but I was too nervous, so I spent the time in prayer and deep thought/meditation. It was a beautiful space in which to do so, and the weather was perfect. Even though it was mid-July the high was only in the high seventies, there was a slight breeze, and basically no bugs! 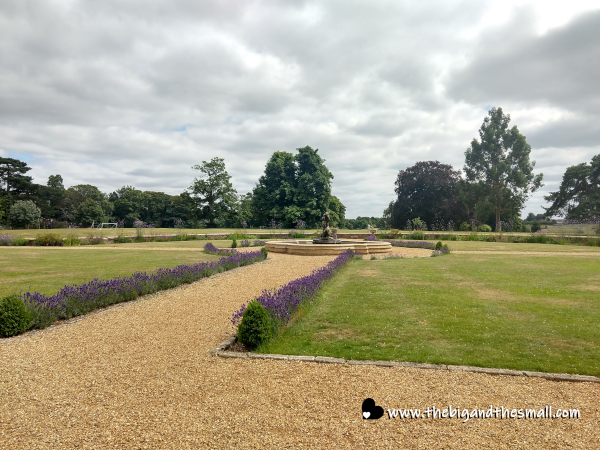 The retreat center itself was in a beautiful historic building. After check-in I went to my room to unpack - it was small but perfectly serviceable. Plus you know I enjoyed the free tea everywhere - there was everything I needed in my room to make my own, and a large eating area where there was always tea available! 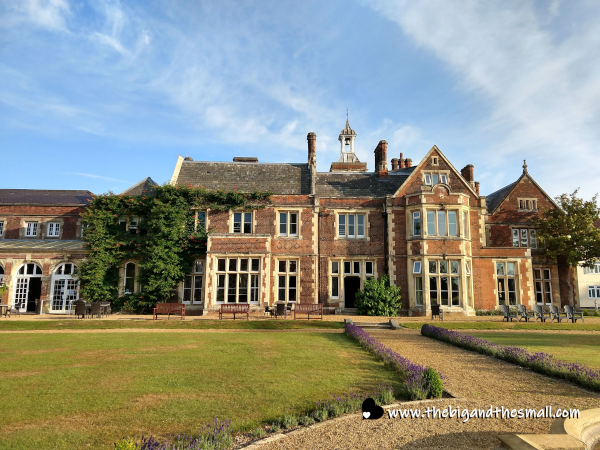 At around 4 we gathered in the chapel barn for a short worship service, then divided into groups to start the process. There were six interviewees including myself, and three panels made up of eight people each who would interview us. We had a short time to meet our full panel, then went back to a common room to wait. Next, we had three twenty-minutes interviews with only two panel members at a time. One person asked the questions while the other one took notes, and those twenty minutes went very quickly! After that it was time for dinner, then the six of us had to do a group project together. It was an easy church-related task (work on planning a youth retreat) and we had 45 minutes to work while two members from each panel observed us. I think it went really well and I enjoyed working with the other pastors. Later in the evening, Donna, the only other American interviewing, and I went outside to chat and have a cup of tea. It was a perfect night with a stunning full moon and the weather felt almost fall-like (my favorite!) 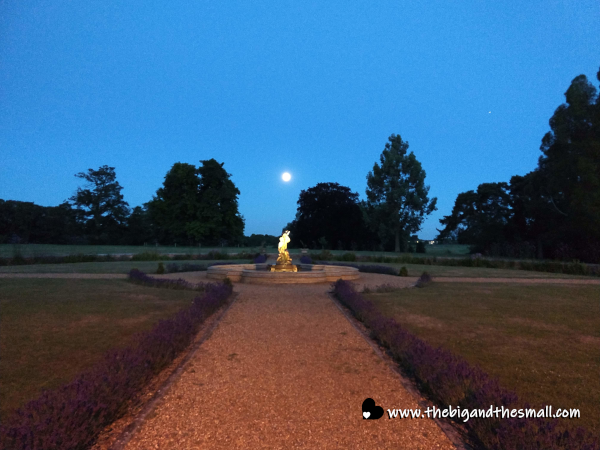 I got back to my room around 11 and as much as I wanted a good night's sleep to be ready for the next day, I barely slept at all. I took a bath, I read a Christian magazine that was in my room, and I stressed about everything I had said that day and the presentation I had to do the next day. By 5am I decided it was useless to keep trying to sleep so I got up, got ready for the day, and went outside for a very early morning (very early for me, anyway) cup of tea and prayer session.

I only had one more interview to do that day, and it wasn't until 10:30. After breakfast, I packed up my stuff and checked out of my room, and turned in some paperwork that I had to bring with me. After what felt like a terribly long wait finally my turn was up! Somehow this interview went even faster than the ones the day before. My 5-minute presentation went incredibly well, I answered a question from each of the panel members, and that was it! My fate was in their hands!

When we were all done we gathered back in the common room to wait some more. There was a chance that we could be called back in for extra questions, so we were all a bit nervous waiting to hear about that. As we waited, I asked if we could take a group picture and thankfully everyone was game! 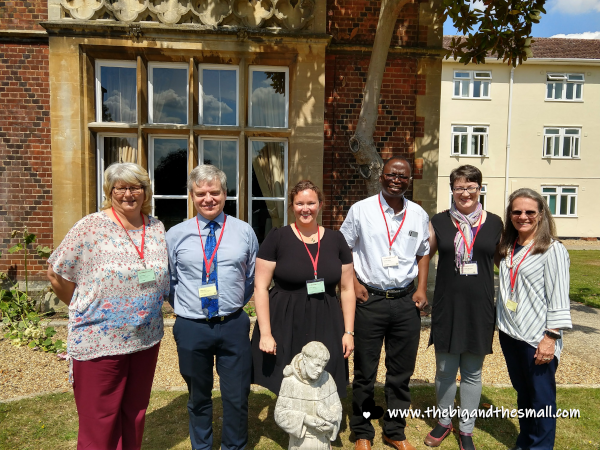 Finally, the news came that no one was getting called in for extra questions and we were all done! We had the option of sticking around for lunch or heading home early, and I opted for the latter so I could get back to Joel and Steve. I successfully navigated my way back to London and settled in for what was supposed to be a week-long wait to receive the final results of the interviews.

However, in a surprising and completely awesome turn of events, I got the results in an email that came through at 10:16pm - the panel "agreed unanimously to recommend conditionally to the Conference of 2020 that you be Recognised and Regarded as a minister in Full Connexion with the Methodist Church in Britain." That's a fancy official way of saying I got the job! The one condition given was that before an appointment is finalized it must be approved by my Bishop, which is a normal condition given by my sending denomination.

Now it's just a big long wait until fall when I'll get to fill out a form giving my preferences for where in the UK I'd like to be stationed, then the official stationing process starts in February of 2020. Then we will finally get to move to the UK and I will start a new position as a pastor in a British Methodist Church on 1 September 2020!

It's a long time of waiting ahead which will be difficult because I am eager to get back into church life and to settle into a community in the UK. However, I am quite looking forward to all the traveling we'll get to do between now and then! You know I'll keep you posted about all of it!