When it came time to decide what to do on the Saturday of our time in London, we let Steve pick. There are so many museums and things to do in the city we could spend a month there and not get bored so it was too hard for us to choose for only one day. After careful thought, Steve told us he wanted to go to the Imperial War Museum. Except at first, we misunderstood his accent and it sounded like he said the Imperial "Wall" Museum. After a few minutes of back and forth, and making Steve pronounce "wall" and "war" multiple times to try and hear the difference, we settled on a trip to the museum. 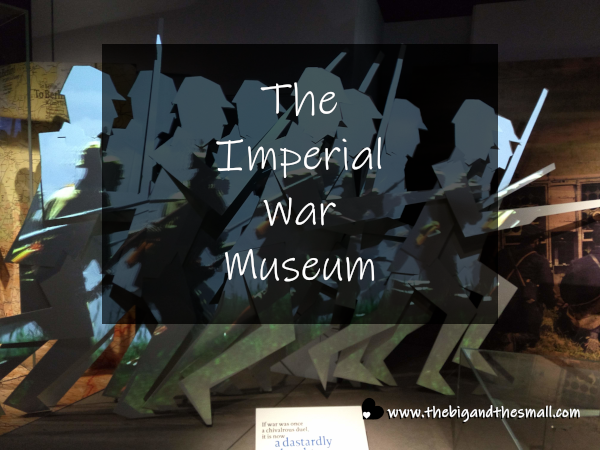 Instead of entombing ourselves in the underground to get there, we decided to take the long way on the bus. The double-decker bus! Just riding around and seeing the city was half the fun. But the museum was the other half! The building itself was incredibly impressive as were the grounds and gardens surrounding it. The canons mounted out front are actually ones that operated on a ship in WWII. 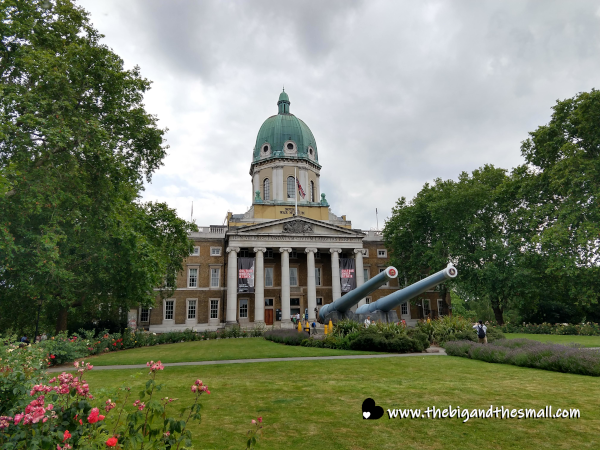 The impressive grandeur of the museum continued as we walked into the atrium, where several planes hung from the ceiling and a humvee threatened to drive over the edge. 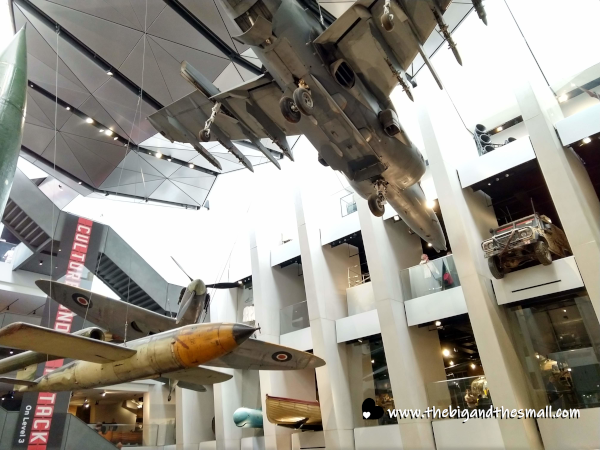 We started our tour in the World War I section which was well set up for a self-guided tour. There was only one entrance and then a single path that wound around and through all of the displays. Despite the rather large crowd on a Saturday it was still easy to see everything and people were quiet and respectful. I will admit that while I feel like I have a pretty good handle on my historical knowledge of WWII, my knowledge of WWI was extremely lacking. As we moved throughout the museum I learned things I don't think I ever learned in school (or perhaps I just forgot). 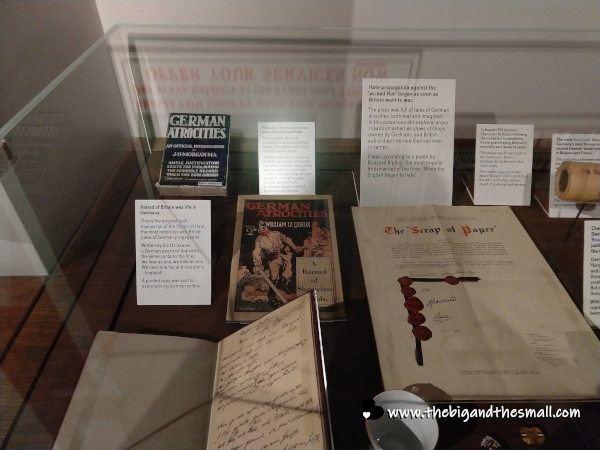 I especially enjoyed learning about the way women played a role in the war. This display showcased Princess Mary and her appeal to the country to help send a Christmas gift to every soldier at the front. She was only 17 at the time. Her efforts were successful and everyone at the front received a "brass box" which contained different items. According to the display "smokers received cigarettes, tobacco, a lighter and pipe, and non-smokers a 'bullet' pencil and writing paper." 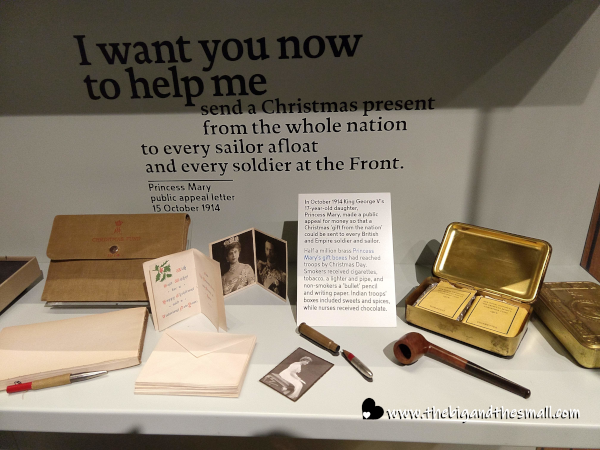 Another display showcased Dr. Elsie Inglis, a "pioneering doctor". In 1914 she proposed to the War Office setting up an all female medical team to help care for the troops. She was rejected and told, "My good lady, go home and sit still." She ignored that advice and instead, supported financially by the suffrage movement, she set up the Scottish Women's Hospitals. Dr. Inglish herself went to Serbia to treat the sick and wounded. 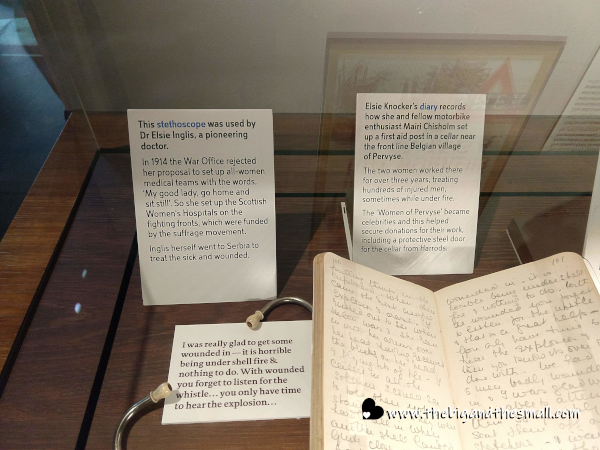 The most incredible part of the museum of all, however, was a display that showed what it was like to live and work in a trench. They recreated the dimensions of a trench which you could walk through, complete with sound and light to enhance the experience. It was incredible. 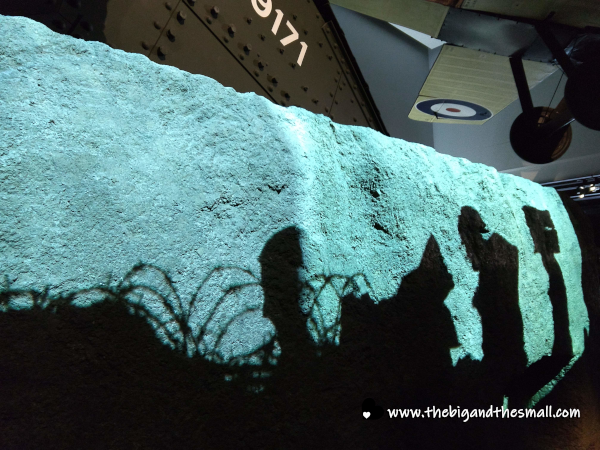 At one point I looked up and saw the treads of a tank above my head. It's hard to imagine how terrifying that must have been in real life. 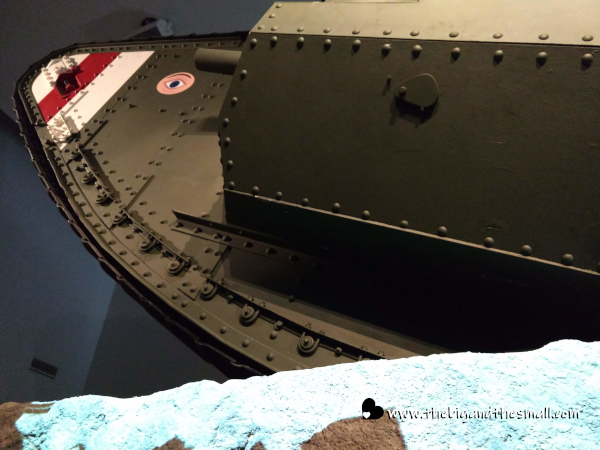 After the WWI section, we tried checking out the WWII section as well, but it was not nearly as well set up as the first one. We seemed to start somewhere in the middle, got shuffled through the gift shop for some reason, and never could find the beginning. Since we had spent a couple of hours in the WWI section we decided to call it a day with one really good experience.

Overall I would highly recommend this museum, I learned a lot, really felt the emotion of war, and could have easily gone back another day to explore some more. If you are ever in London be sure to check it out!