Yesterday was a busy day as we were on the move exploring as much of London in one day as we could! By the time we got back to our flat (aka apartment), we had walked a total of 6.9 miles. I half wanted to head back out to get the last tenth of a mile for an even number, but my feet protested that idea. Read on to see all the highlights we checked out! 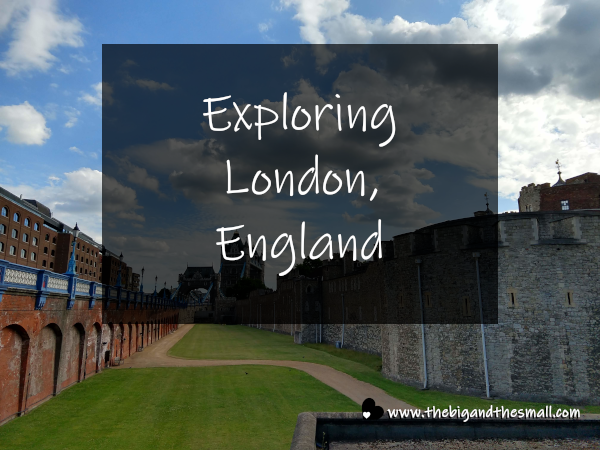 After a quick walk to the underground and a ride on the tube we popped back above ground into Green Park. A short walk through the park took us to one of the most iconic sites of London...Buckingham Palace! Steve promised me I'd get to see the soldiers in the red outfits and the funny hats (known here as "Beefeaters" for reasons unknown) but when we got there we just saw regular police officers stationed around the palace. Nonetheless, it was an incredible sight. Fun fact: You can tell by the flag flying on top of the building whether or not the Queen is currently in residence. The Union Jack was not flying at the time, which means the Queen was not there. 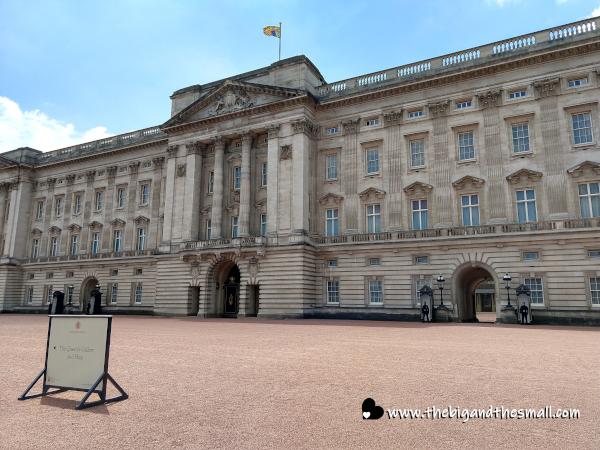 Directly across from the palace is a beautiful statue/fountain featuring Queen Victoria. 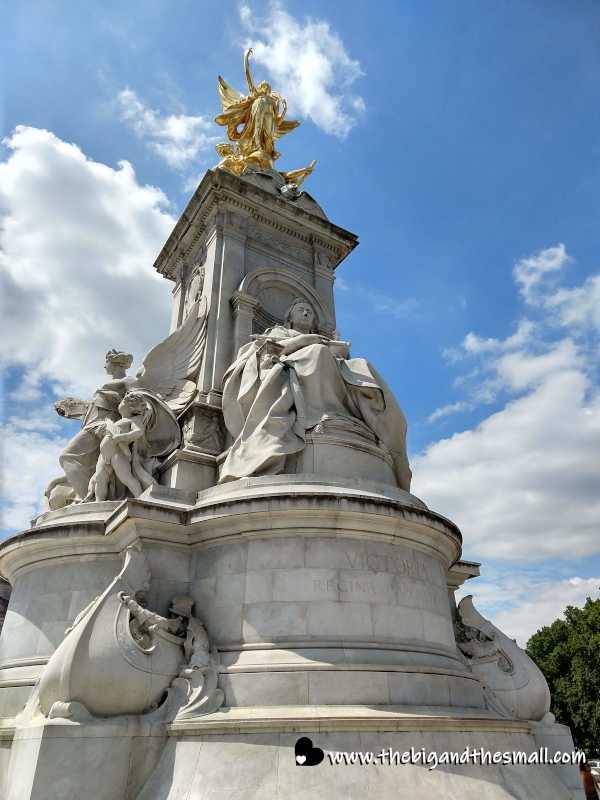 From there we walked through St. James park, which was lovely, green, and despite being full of people, quite peaceful. While taking a break on a bench, Joel stopped a nearby police officer to quiz him about differences in policing between the US and the UK. Mark turned out to be a great sport and answered all of our questions willingly. It was fascinating to get his perspective on policing and crime in London and the UK, and the perception they have of American policing. He even let us take a picture with him before he left! 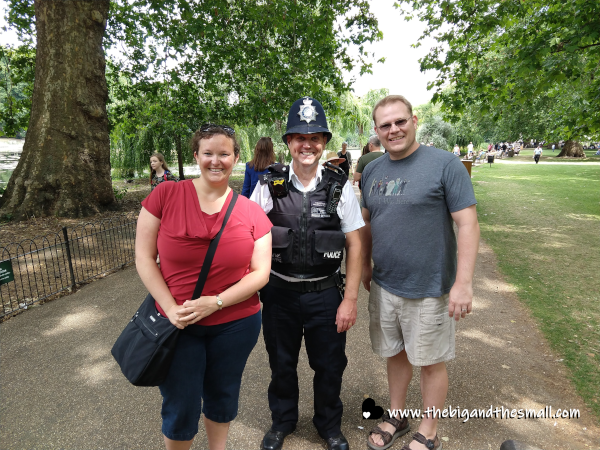 We moved through the rest of the park and made our way to Downing Street, home of the Prime Minister. The street itself is gated off and guarded heavily, so we couldn't see much. As Steve himself said, "It's not as impressive as the white house!" Still cool to see, though. 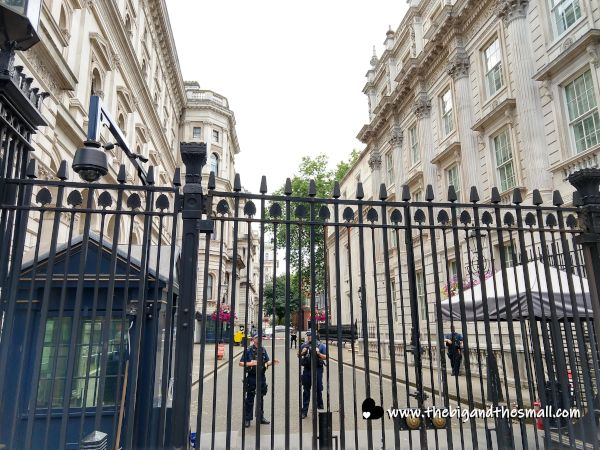 Next up was that iconic London landmark - Big Ben! Which, I was informed, is actually the name of the bell inside the clocktower, not the clock or the tower itself. Unfortunately, Big Ben is under construction until sometime in 2021 so this was all we could see of it. 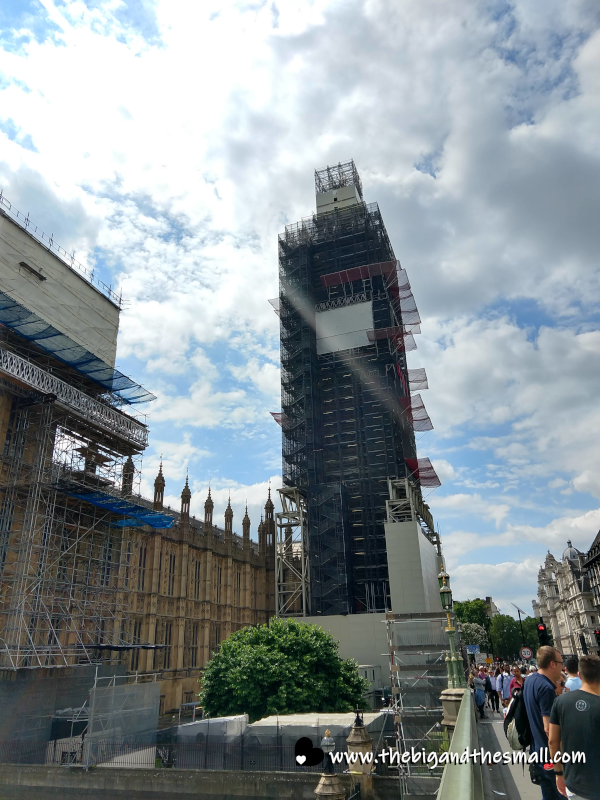 From about the same place we could look across the bridge and see another iconic landmark - the London Eye! This gigantic Ferris wheel was built in 2000 to help celebrate the Millenium. Steve told us it was actually built on/in the river, then hoisted up to where it is now. Someday I would love to ride it...but since it costs £40 (or a discount price of £37 if you book in advance!) today was not that day. 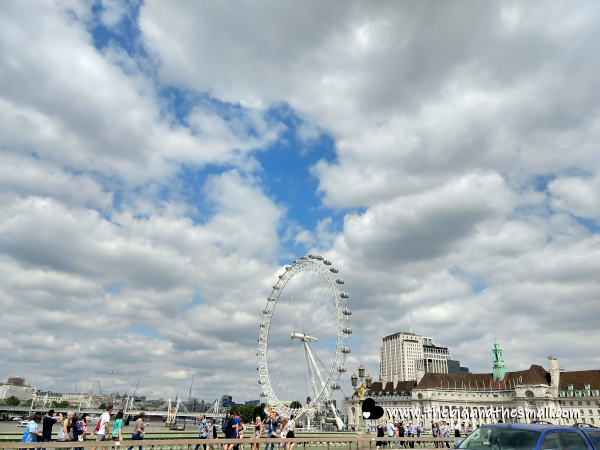 Two of the more modern buildings that dot the London skyline can be seen in this next picture. The rounded building on the left is the city hall and is sometimes crudely referred to as "the glass testicle" thanks to a former city politician who once referred to it as such. The tall one on the left is the tallest in the city and known as "the shard" - it was designed to look like a shard of glass and is purposely left unfinished at the top to reflect that vision. 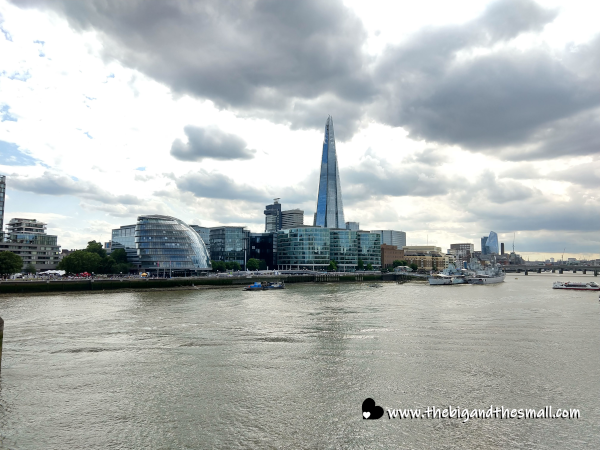 As we walked along the River Thames we came across many attractions, restaurants, an arcade, food trucks, and lots of street performers. From musicians to magicians there was no shortage of entertainment, even at 3:00 on a random Thursday afternoon. Perhaps my favorite though was this guy who was simply making large bubbles - look how excited those children are! 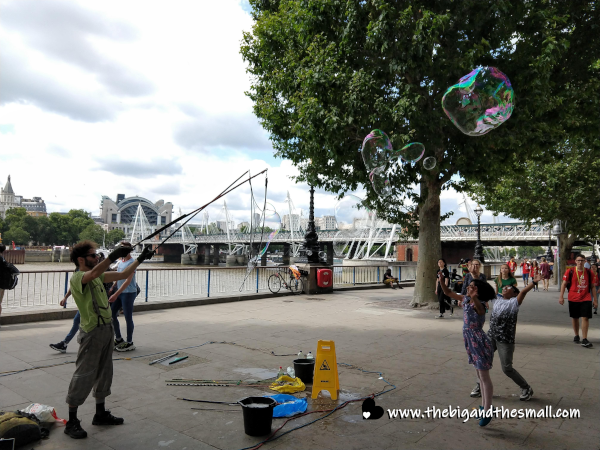 While London is known for the iconic red phone booths, I was surprised to see this on a random street corner - a WiFi booth! It looks like an old phone booth was turned into this hotspot and all I can say is what a freaking good idea! 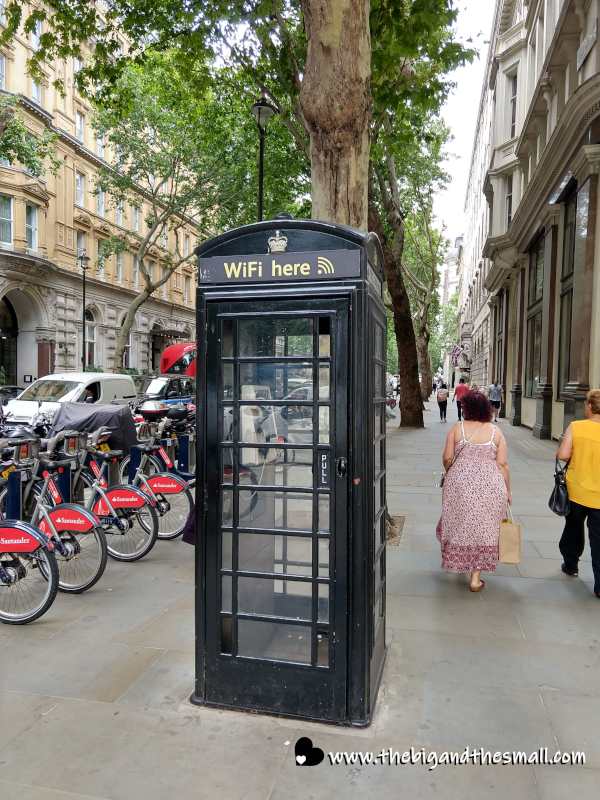 We also got to take our first ride on a double-decker bus! I have always wanted to ride on one of those. The touristy ones can cost you up to £20-£30, but since we have a local guide in Steve, we just got on one of the city ones using our Oyster card (which caps travel around the city at £7 a day.) We were even lucky enough to get the very front seats on the top level so we had the most amazing view as the bus wound its way throughout the city! 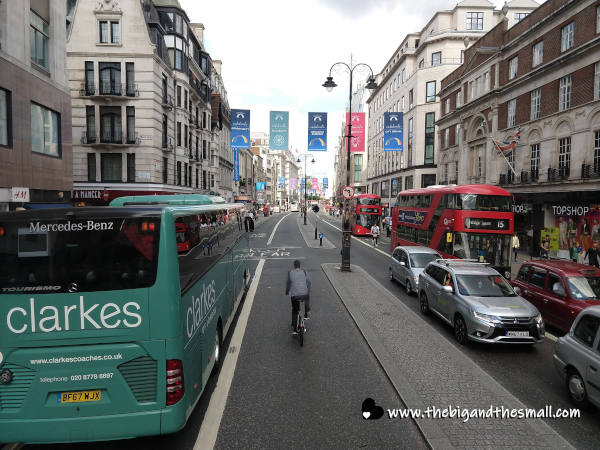 The bus took us to another section of the city, where we got to see the Tower of London up close and personal. I don't think it will ever stop amazing me that in the UK there are castles just integrated with the various cities and towns. It still seems so magical and mystical to me! 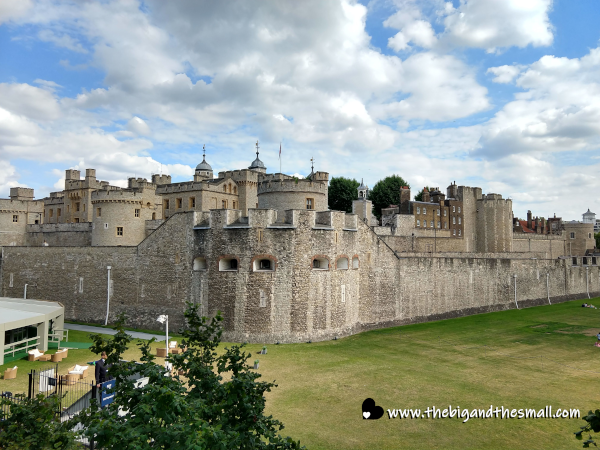 We also got to walk across Tower Bridge! If you've had a chance to see the latest Spiderman, you might recognize that bridge at the top as the site of one of the last showdowns in the movie. We were lucky enough to catch the bridge at a time when it was raised up to allow a boat through. If you look right where the road is up you can see the mast of the boat that was moving through. It was really cool to see! 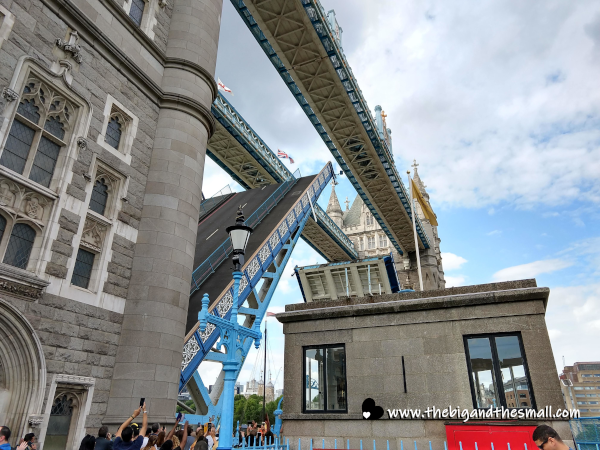 After the bridge, we took a sky train, walked across a cool garden bridge and made our way back to the underground. Steve and I sent Joel back to the flat while we went to check out a prayer service at an Anglican church in the city. It was a contemporary service with incredibly loud music, and while the first hour was enjoyable, after two hours we left when it showed no sign of stopping anytime soon.

We still have plenty more to do and see in London, and three days to cram it all in before my next round of interviews. We'll be sure to share all about it here!