Fun fact about me: every time I enter a hotel room I automatically turn on the TV and turn it to either HGTV or the Food Network. There are a lot of shows that I get excited about on both channels, but one I've always loved in particular is "Diners, Drive-ins, and Dives." On this show, Guy Fieri drives around the country going to hole-in-the-wall places that usually don't look like much but serve some of the best food. When my mom told me we were going to somewhere in Des Moines that had been on the show, you can imagine how excited I was! 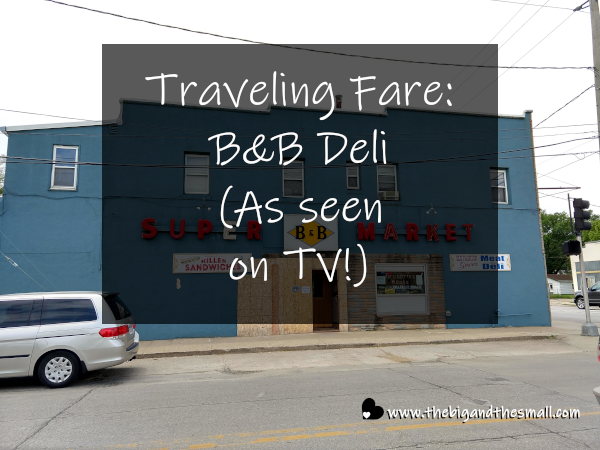 True to form for restaurants on the show, B&B Deli doesn't look all too appealing from the outside. Right now it is in extra rough condition as they are still repairing the front from an accident that occurred in December. A car drove straight through the front windows! 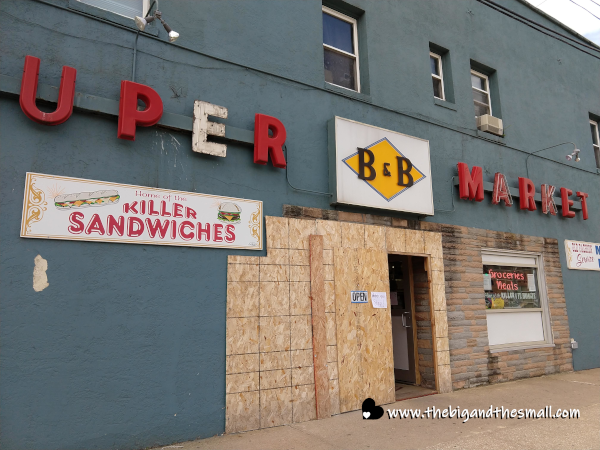 Once inside you find a place that is part deli, part meat counter, and part gas station grocery store. Apparently, the meat here is really good, and this is where the serious grillers and BBQ'ers in town come to get their goods. The store has been family owned and operated since 1922! 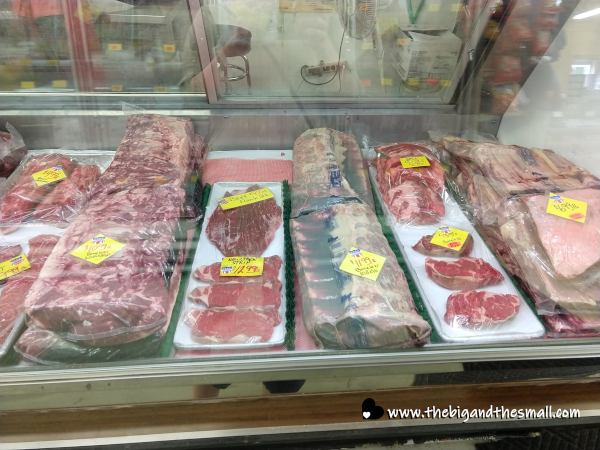 The guys behind the counter seemed a bit intimidating at first, dressed as they were in formerly white aprons covered in, um, meat juices. However, they are exceedingly friendly and gladly helped us navigate the maze of a menu. 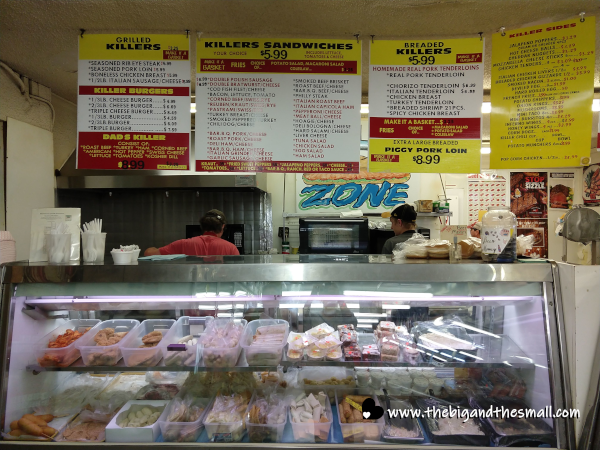 B&B Deli is famous for their "killer sandwiches" so we knew we wanted something from that category. One of the guys suggested we get the "Dad's Killer" which is their number one sandwich, and the "Zach's Killer" which is his favorite sandwich so we could try both. He even offered to cut them in half and wrap them up half and half which made it really easy to share! 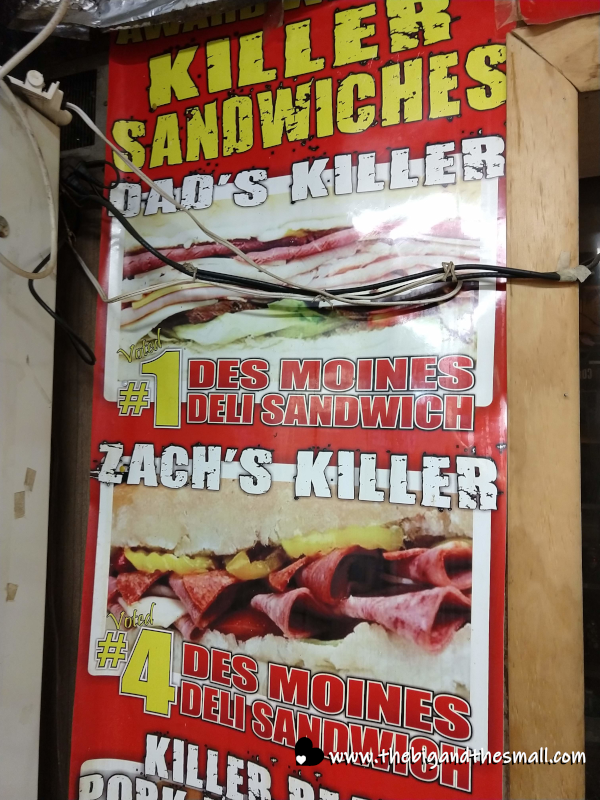 While we waited for our sandwiches to be made (which did not take long) I explored all the other offerings on display. I can't say I was too tempted by these pig's feet. 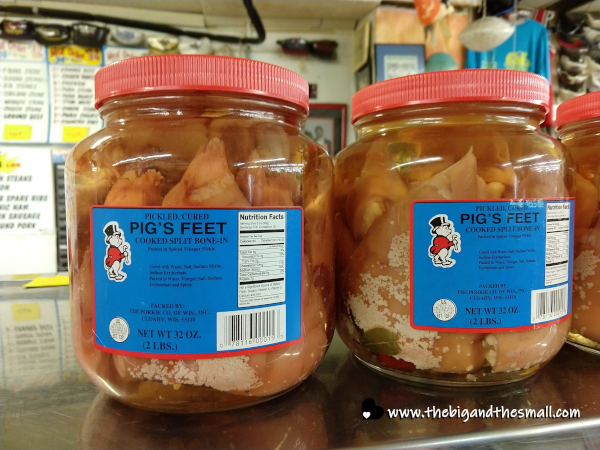 When our food was ready we took it up to the cash register at the front to pay, then found our way over to the seating area. It is humble but perfectly adequate. The stools are comfortable enough, and the walls are decorated with pictures of happy customers and historical newspaper covers. It makes for quite the entertaining jumble of things to read and look at while you eat! 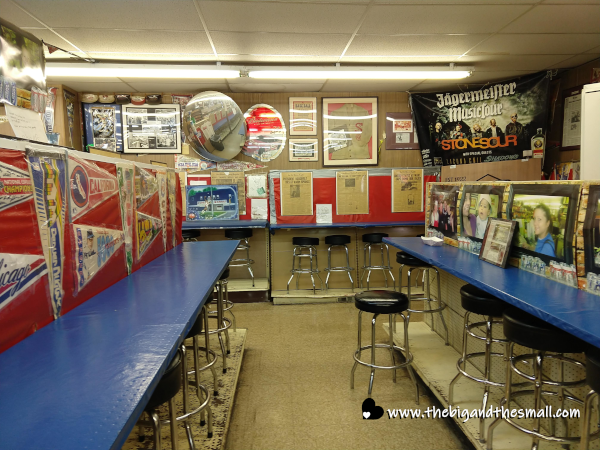 The sandwiches themselves were incredible, easily in the top 10 of sandwiches I've ever had. The Dad's Killer is layered with roast beef, turkey breast, smoked ham, corned beef, pepper cheese, Swiss cheese, American cheese, lettuce, tomatoes, Kosher pickles, mustard, Miracle Whip, Tuscan Italian dressing on an Italian hoagie roll. The Zach's Killer was similar but had the addition of salami and banana peppers, and probably a few other changes that I can't remember. Both were delicious but for me, the Zach's Killer was my favorite by just a little bit. 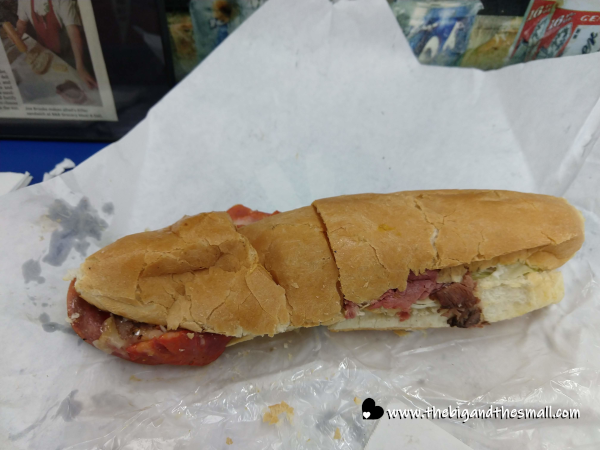 One sandwich for lunch doesn't seem like much at first, but these sandwiches are definitely filling! I ate everything on my plate and stayed pretty full for the rest of the day. I am so glad my mom took me here, and if you are ever in Des Moines you should check it out! This definitley reignited my desire to someday take a road trip through the US based around going to places that have been on the "Diners, Drive-ins, and Dives," TV show - the food always looks amazing on TV and I can confirm that this one was amazing in person!