A few weeks ago I shared about the amazing sculpture installation that graces downtown Des Moines. That park is owned and run by the Des Moines Art Center, which my mom and I checked out recently. It was a great way to spend part of a day - especially in the heat of summer the air conditioning is nice! 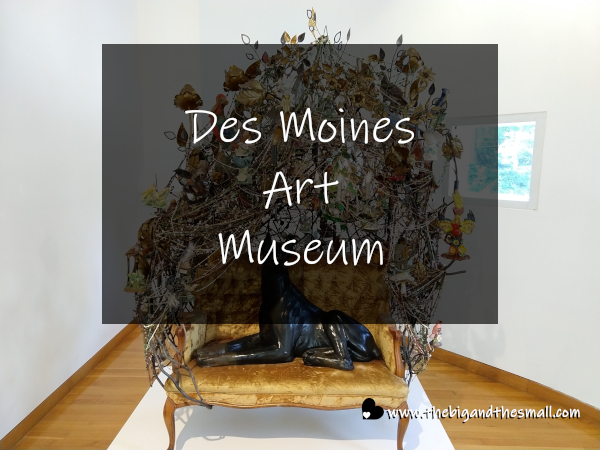 The museum contains a lot of amazing pieces of art spread throughout several exhibitions, so I will just highlight a few of my favorites here. And full disclaimer - my pictures don't do any of these amazing pieces justice!

This piece creeped me out and I stood to stare at it for quite a while. The artist, Francis Bacon, actually spent two decades painting only this portrait of Pope Innocent X in different styles. This particular rendition is considered to be the most significant of the series. A security guard at the museum shared a very interesting tidbit with me - this portrait is what inspired the makeup for Heath Ledger's portrayal The Joker in the Dark Knight Batman series. The movie studio sent people out who studied the portrait for days! 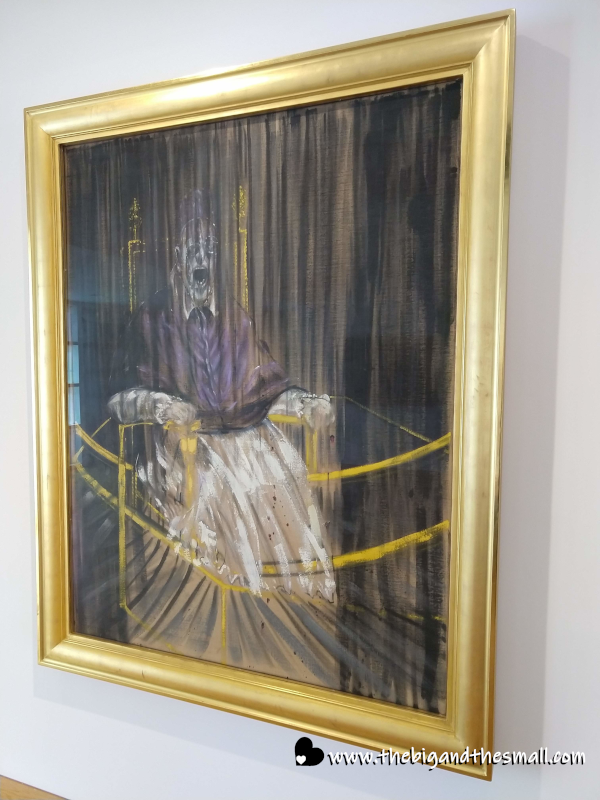 The artist Grant Wood is perhaps most famous for his painting "American Gothic" from 1930. Before that, however, he often painted in the impressionist style. This piece is from that era and depicts the Soldiers and Sailors monument as well as the Iowa Capitol building in the background. 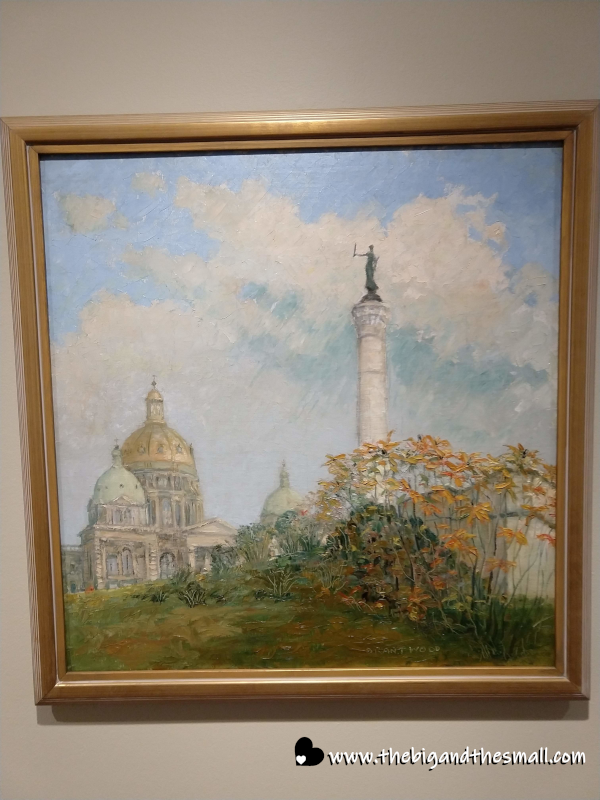 I'm posting two pictures of the next piece because it is just that cool. From far away, you can see that it is a self-portrait in black and white. The artist is Ai Weiwei. 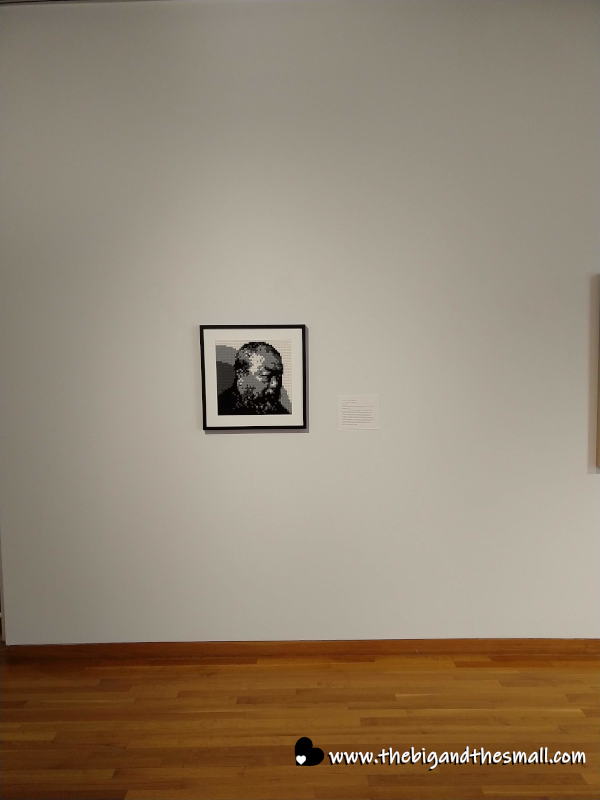 When you move up close to the portrait, you can see the unique medium used to create it - LEGOS! This piece was originally part of an exhibition titled "Trace" and shown at both Alcatraz Prison and the Hirshhorn Museum in Washington, DC. Weiwei created portraits of international political prisoners, activists, and dissidents. Pieces were then bought and donated to museums around the world, including this one to Des Moines! 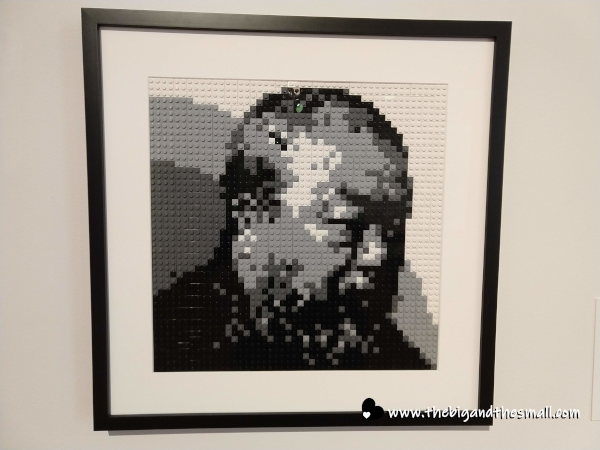 This next piece is multiple mirrors made out of Murano glass from Murano, Italy. A museum docent told us that while the mirrors look black, they are actually very dark red. The medium used is actually unable to create a pure black color. 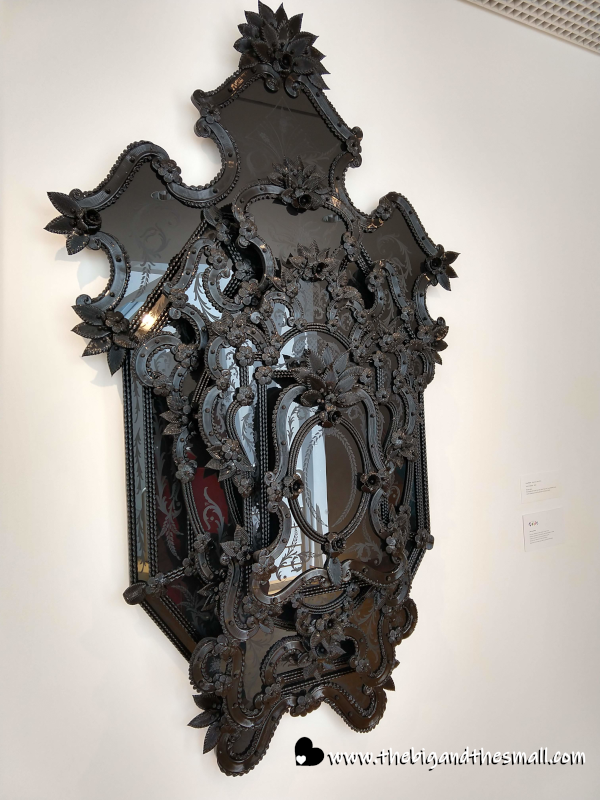 The next piece is one of those that maybe pushes the boundaries of what is actually art compared to what isn't. Your eyes are not deceiving you - it is three vacuums stacked in a lighted display case. The artist Jeff Koons created this in 1981 and it became a quintessential art piece and a commentary on the consumerism of that decade. 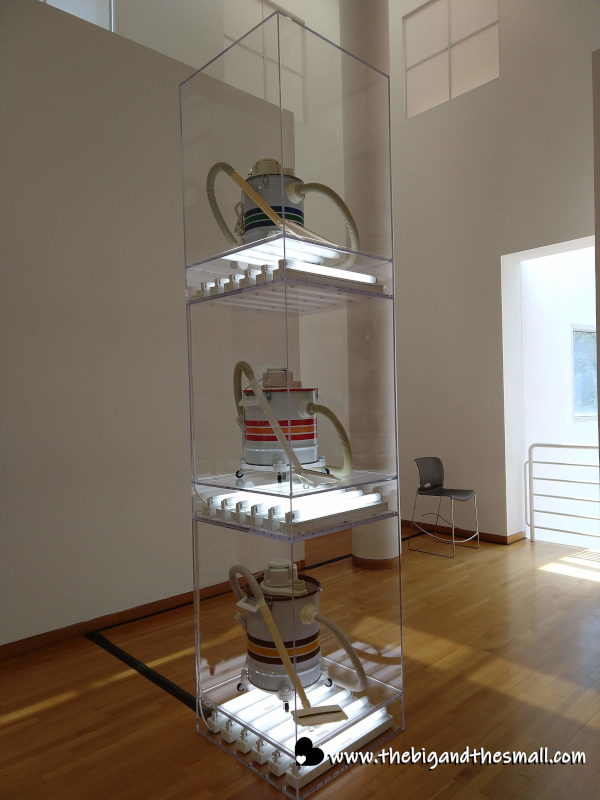 The current temporary exhibit at the museum is titled "Queer Abstraction" and features pieces by LGBTQ+ artists. This sculpture, titled, "Roots," is a water fountain encased in resin. It is in the style of "Minimalist" artists, and the water fountain resembles the kind of fountains found at Chariot's, a "gay sauna in London that was long considered a cornerstone of the city's gay community." 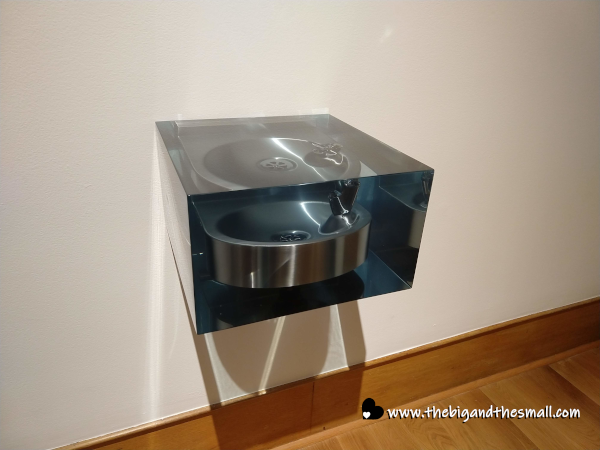 The final piece I'm sharing was one of my absolute favorites, in part because it was interactive and in part because it was just really fun. Beads in shades of blue were strung and hung from the ceiling, blocking doorways and dividing a larger room into smaller ones. Visitors were encouraged to wander through the exhibit and move through the blue beads, which I really enjoyed. The artist is Felix Gonzalez-Torres and the work was a part of the Queer Abstraction exhibit. Moving through the curtains is meant to symbolize entering a queer space as determined by the artist. 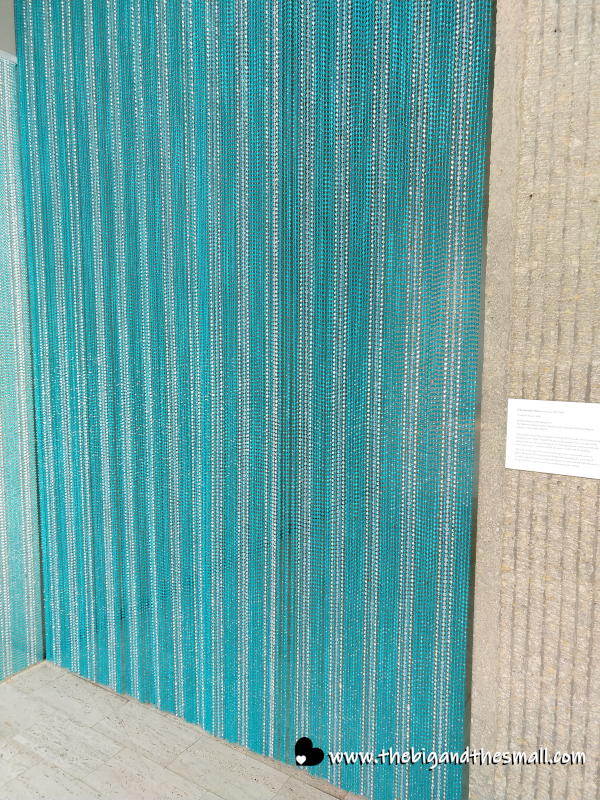 Before we explored all of the art, my mom and I ate at the restaurant on location, Tangerine. The food was okay but the service wasn't great, and really, with so many amazing restaurants in Des Moines, I would recommend eating somewhere else first then going to the museum.